MNO Poland has signed a contract for the purchase of 108 units. 60 mm mortar LM-60D "Pluto" 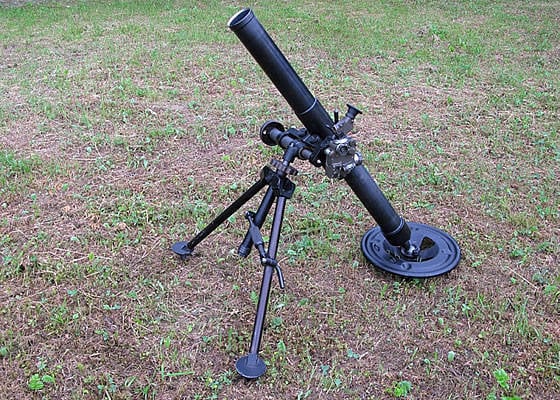 The Inspectorate of Weapons of the Ministry of Defense and Defense of Poland signed a contract with the Tarnow Mechanical Plant (Zaklady Mechaniczne Tarnow - ZMT) for the supply of 108 new 60-mm mortar LM-60D "Pluton" to the Armed Forces of the country.

As noted in the RPA MNO, the purchase of other mortars would not allow their compatibility with the 60 mm caliber ammunition used in the Polish army.

Production for the Polish Armed Forces of the mortar LM-60 began in the first half of the 1990-ies. according to the results of the tender, in which Polish companies “Khut Staleva Volya” and OBRSM Tarnov also participated (today it is included in ZMT).

The mortar was developed in three versions: LM-60D (amphibious), LM-60K (for MTR) and LM-60KC (for MTR with a composite barrel). The latest version was performed with just a few prototypes and was not mass-produced. A small amount of mortar version LM-60K entered service with the SSO units.

It is planned that in the near future negotiations will also be completed with ZMT and a contract will be signed for the supply of the next batch of Bor sniper rifles.

Ctrl Enter
Noticed oshЫbku Highlight text and press. Ctrl + Enter
We are
Russia firmly occupies a place in the global arms market 2 and will maintain its position in the foreseeable future.Armored Vehicles Market in the Middle East in 2005-2012 and forecast for 2013-2016
Military Reviewin Yandex News
Military Reviewin Google News
45 comments
Information
Dear reader, to leave comments on the publication, you must sign in.