April 9 2014
20
13 April 1939 of the year, exactly 75 years ago, by the decree of the Defense Committee, a synchronous machine gun of a BS designed by M. Ye. Berezin was adopted by the Red Army. Designing a powerful 12,7-mm synchronous aviation machine gun, the designer began in the 1937 year. The machine gun was originally created under the powerful cartridge from the 12,7-mm infantry machine gun. In October-December, the BS 1938 machine gun passed a series of factory and field tests. 13 April 1939, even before the completion of military tests of the machine gun, on the basis of a decree of the Committee of Defense, he was put into mass production.


12,7-mm aviation the machine gun was created to deal with enemy aircraft - fighters and bombers. This was his main purpose. The machine gun belonged to automatic systems weapons, whose action is based on the principle of removal of powder gases through a special hole in the barrel of a machine gun. Locking the barrel when fired at the expense of a special wedge, in contrast to the ShVAK and ShKAS machine guns, in which it was carried out by skewing the bolt. The Berezina machine gun was equipped with a hammer-type mechanism, which was driven by a special combat spring.

The available trigger mechanism provided only continuous firing, the machine gun's sear was fitted with a buffer. The power supply of the BS by the cartridges was carried out using a link metal tape, the feed mechanism of the tape was of a slider type. In this case, the supply of cartridges from the receiver to the chamber was not direct. Under the barrel of the machine gun was placed return mechanism of the spring type, which was connected to the slide frame with a special liner. Extraction of spent cartridges occurs with the help of the hooks of the bolt, and its reflection is followed by a cartridge in the tape. In the back of the aviation machine gun there was a special buffer of moving parts. Mount the barrel of the machine gun to the receiver was made using a wedge. 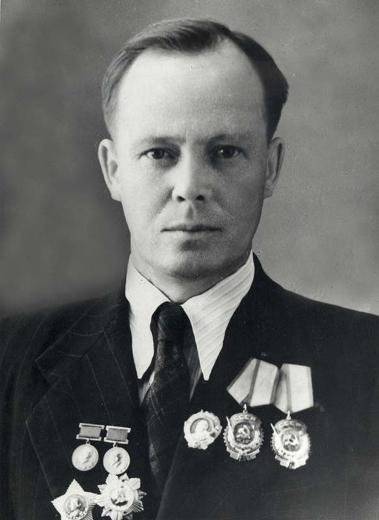 The advantages of this 12,7-mm machine gun BS include: a successful layout of individual mechanisms and the whole machine as a whole; simple loading and unloading; high rate of fire; quick barrel change and elimination of delays; relatively few parts and a simple device mechanism. The first BS aircraft gun was launched in October 1938 of the year. The tests carried out at the plant demonstrated its good survivability and reliable operation of its automation. Two other aircraft machine guns, which were assembled in December of the same year, also successfully passed a series of ground tests.

Despite the presence of bright positive qualities, the BS machinegun also had some rather serious flaws. The main one is the difficulty in reloading the machine gun in the air with the help of a cable system, which required a lot of physical effort from the pilot, sometimes at the most decisive and crucial moments of the battle. In addition, defects were identified related to the lack of survivability of some parts of automation, and also required to eliminate the cause of some delays in the operation of the machine gun.

Taking all this into account, the gunsmith designer began to work on an improved model of his machine gun, which received the designation UB (Berezina Universal). The machine gun was created in three different versions, which varied depending on the installation location: synchronous - UBS, wing - UBK and turret - UBT. At the same time, the basic mechanisms and details of all three machine guns were kept identical, with the exception of the percussion and trigger mechanisms, in which some changes were made related to the specifics of the use of this weapon. UBK and UBS used remote control system reloading machine gun in the event of delays in the shooting during the flight. Recharging was carried out using compressed air.

Troop tests of the new version of the machine guns took place in the 1941 year, they took place from January 7 to February 22. Synchronous machine guns were tested in the 116 th Fighter Regiment on the I-153 and I-16 aircraft. 6 machine guns were tested in total, of which a total of 48 286 shots were fired, including 36 870 shots in the air and 11 416 shots in the dash. In the air, shooting from an 12,7-mm machine gun was conducted in the altitude range from 1 to 9 for thousands of meters in bursts of 20-50 shots. Checking the operation of the machine gun automatics in conditions of low air temperatures was carried out by shooting at a height of about 8-9 thousands of meters, where the air temperature reached -42-48 degrees Celsius.

The effect on the work of the Berezina machine gun of inertial forces was checked by free shooting of the cartridge during the performance of various aerobatic maneuvers: at combat turns, deep turns, barrels, loops and during a dive. In all cases, installed on the fighter machine guns worked reliably, giving a small number of delays. At the same time, when firing machine guns without additional lubrication and cleaning, they could launch an average of 1470 cartridges, which ensured the possibility of making sorties a day before the 5-6 without departing to remove the machine gun for maintenance. 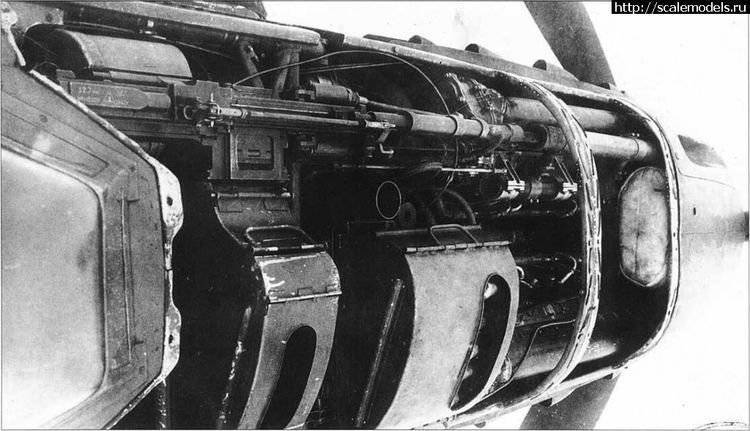 Installing the UBS machine gun on the Yak-9T

After the successful completion of the main program of airborne tests, machine guns were subjected to survivability tests in the land dash. The average survivability of machine guns was 10-12 thousands of shots. At the same time, the new machine gun was highly appreciated by test pilots who shot it in the air. Senior Lieutenant Kryuchkov reported that in the process of conducting military tests, the BS machine gun showed itself quite suitable for being used by the Red Army Air Force. During the tests, the machine gun showed uninterrupted operation, giving only a few easily recoverable delays in shooting. Therefore, Kryuchkov considered the work of the machine gun excellent, the same opinion was shared by other pilots who participated in his tests. The commission, which was led by Hero of the Soviet Union, Colonel N. P. Kamanin, pointed out in its conclusion that the Berezin 12,7-mm synchronous machine gun of the design withstood the tests and could be adopted.

April 22 universal machine gun design Berezina was officially adopted by the Air Force of the Red Army. It is worth noting that he had ripened just in time, as the war that began through 2 a month revealed the inefficiency of low-power 7,62-mm machine guns when firing at various air targets. Mass production of UB machine guns was deployed at the Izhevsk machine-building and Tula arms factories.

During World War II, in 1944, Berezin could easily convert his aircraft machine gun into an 20-mm aircraft gun, which received the designation B-20 and used regular shells from the ShVAK gun, without any serious structural changes. Also during the war, several attempts were made to use the Berezin machine gun in the ground forces. For example, in the 1941, the tests were carried out by the installation of I. S. Leschinsky, which involved the installation of a 12,7-mm Berezin machine gun on a Kolesnikov machine from a DShK machine gun. 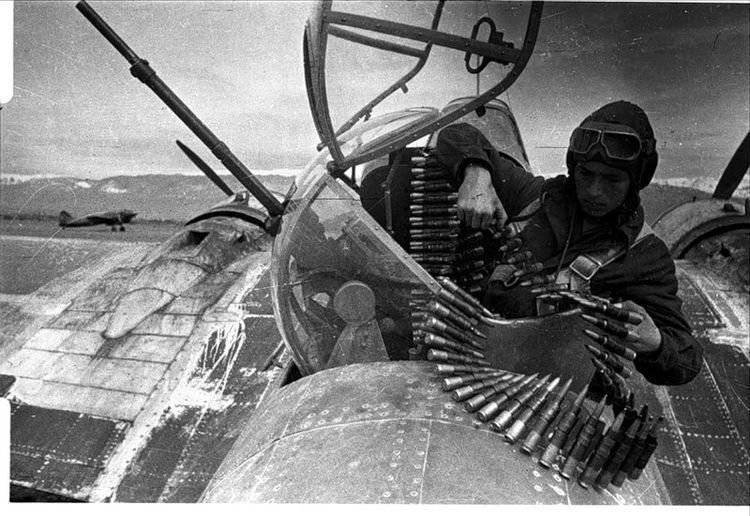 After the end of the war in the USSR, an attempt was made to modernize the UB machine gun to increase its rate of fire. The task was accomplished by increasing the speed of the leading link. In this case, the rate of fire of the machine gun increased approximately 1,5 times, but at the same time the reliability of the automatic machine gun operation was sharply reduced. As a result, the upgraded version of the UB machine gun was never put into service.

The UBK Berezina machine guns were mounted on the Pe-2 dive bomber and the UTI MiG-15 training aircraft, and they could also be used on the MiG-3 aircraft, being hung on special wing containers.