Was the Red Army able to fight? 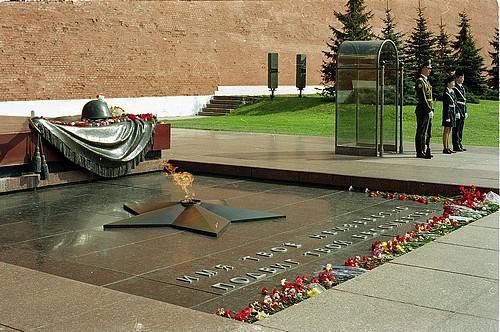 An indispensable “black myth” about the Great Patriotic War, became the myth about the “great losses” of the Red Army, about the “crushing of the corpses” of the enemy. So, another A. I. Solzhenitsyn launched into circulation a number in 44 million people. At present, B.V. Sokolov has named the total losses of the Soviet Union in 1939 — 1945. in 43 million 448 thousand people, and the loss of the Red Army in 1941-1945 years - 26,4 million people (of which 4 million died in captivity). Although, according to the estimates of Academician G. Osipov, during the war years in the USSR, 34,5 million people were mobilized (taking into account pre-war soldiers), of whom about 27 million people were direct participants in the war. That is, the data Sokolov falsification. Sokolov’s calculations were accepted by a number of media outlets and by some authors as true, as they were quoted in the NTV film Victory. One for all ”, writer Viktor Astafyev, I.V. Bestuzhev-Lada in the book“ Russia on the Eve of the 21st Century ”and others.

The essence of the myth is quite well voiced in the book "Russia on the Eve of the XXI Century" (1997 year) Igor Bestuzhev-Lada: "... Soviet soldiers literally blocked Moscow with their bodies, and then lined the road to Berlin: nine fell dead, but the tenth killed the same enemy soldier ... ". So in the minds of people created a loss ratio: 1: 10.

But, already in 1993, the book “The neck of secrecy was filmed: Loss of the Armed Forces of the USSR in wars, hostilities and conflicts” was published. A group of authors led by Colonel-General G. F, Krivosheev, studied archival materials for several years with information about casualties. As a result, they made an important conclusion: contrary to the generally accepted opinion, the losses of the Red Army and the Wehrmacht are approximately comparable. The great general losses of the USSR in people are caused by the deliberate destruction by the Germans of our prisoners of war and the civilian population.

It is clear that the figures mentioned in this work are not final, they will be refined. But this is the first work that relied not on its own fantasies, but on archival documents. 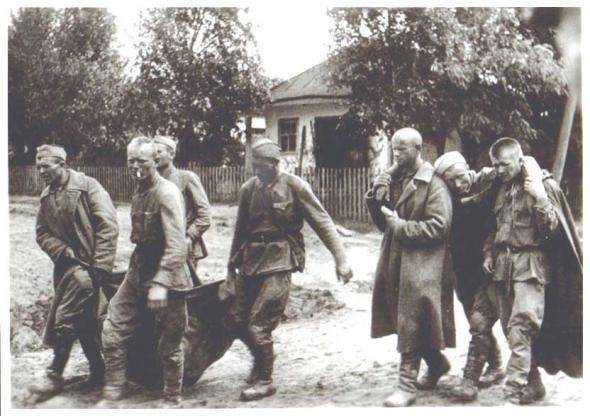 The total losses, including those taken prisoner - 11 million. 444,1 thousand people. Approximately another 500 thousand people are allocated in a separate category - the Germans captured during the initial period of the war, military service, but who have not yet been enlisted in the troops. Of these total losses - 1 million, 836 thousand returned from captivity alive, another 973 thousands were again called up in the liberated territories: of these, 318770 were captured and were released by the Germans from the camps - mostly natives of Western Ukraine and Western Belarus (apparently, propaganda and political motives, no more prisoners were released), 620930 were considered missing.

German losses, according to Soviet data, amounted to 7,1 million people killed. That quite accurately corresponds to the surrendered ones that Hitler voiced two months before his death - he announced that the Reich had lost 12,5 million dead and wounded, half of which dead.

That is, if we take purely military losses, the ratio will be approximately equal (some authors cite the figure 1: 1,3). If the USSR pursued a policy of “racial purity”, like the Third Reich in the occupied territories of Germany and its allies, then it could have equated the number of dead Soviet citizens and Reich citizens with allies. But, the USSR did not destroy prisoners of war, civilians. 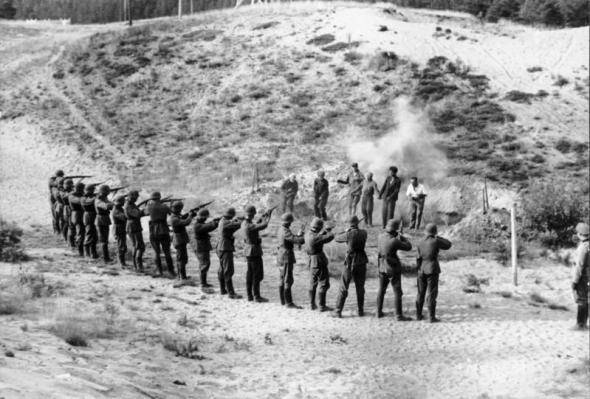 Sources of:
Krivosheev GF Some new data on the analysis of forces and losses on the Soviet-German front.
Russia and the USSR in the wars of the 20th century: Statistical research. M., 2001.
Sokolov B. V. World War II: Facts and Versions. - M .: AST-PRESS BOOK, 2005.
http://demoscope.ru/weekly/2002/059/analit01.php
http://ru.wikipedia.org/wiki/Потери_в_Великой_Отечественной_войне
http://www.battlefield.ru/ru/articles/394-germany-ussr-losses.html