The end of the world will come from America

April 9 2014
287
In the US state of Idaho, in Yellowstone National Park, there is a very large volcano - more precisely, supervolcano. Today it is a huge pit area 3825 square. km However, the reservoir with magma is not too deep - some eight kilometers to it. If an eruption happens - and, according to scientists, it will happen in the coming years - then supervolcano will throw up at least 2,5 thousand cubic meters. km of volcanic matter. 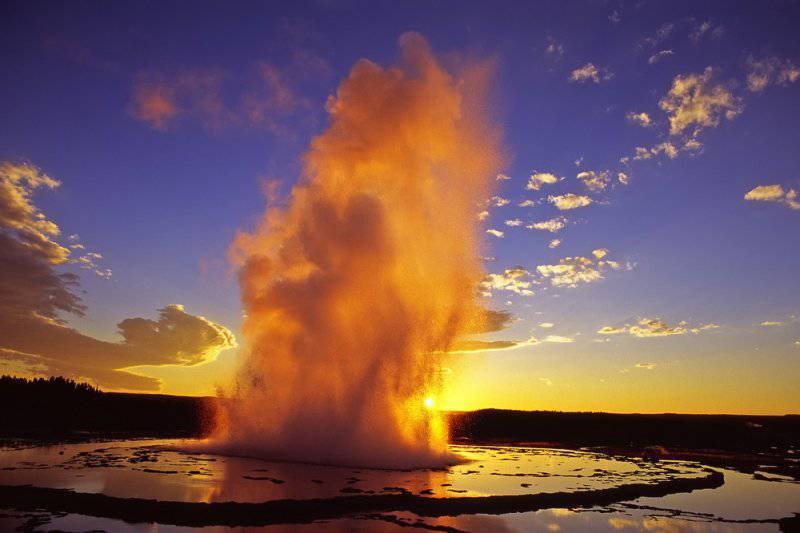 Lava, fires, asphyxiation, hydrogen sulfide poisoning will cause mass death. Because of the giant ozone hole, radiation will begin to grow in the sky, and almost the entire territory of the United States, and indeed a part of Canada with it, will turn into one continuous Chernobyl.

Moreover, scientists are sure: the alleged eruption of the sleeping until the Yellowstone volcano will cause an "echo" around the world: there will be an eruption of several hundred smaller volcanoes, including the ocean, accompanied by a tsunami.

Half the world will be destroyed. Part of the other half will plunge into darkness, because the ashes will block the sunlight. You need to know that supervolcanoes can give emissions to the atmosphere to a height of 100 kilometers.

In many countries, sharply colder. For example, Norway, which is now deeply interested in Antarctica and claims territorial claims on it, will itself become something like Antarctica.

Already in the first months of this natural disaster, one-third of the world's population will die. Many will simply die of hunger and cold.

The safest place is considered the Eastern European part of Russia and Siberia. These territories are seismic resistant and are quite far from the epicenter of the explosion. There is no need to talk about the danger of a tsunami anywhere on the West Siberian Plain either. True, no luck St. Petersburg. Muscovites will also have to move.

Where do such gloomy forecasts come from? The fact is that, according to the latest data, the temperature in some geyser lakes of the American supervolcano has risen to twenty degrees Celsius. For three months, scientists have recorded more than sixty tremors, the strongest of which occurred quite recently - March 30 (earthquake of magnitude 4,8). Wild animals almost herds leave the reserve in Yellowstone. For example, bison come out massively from there. 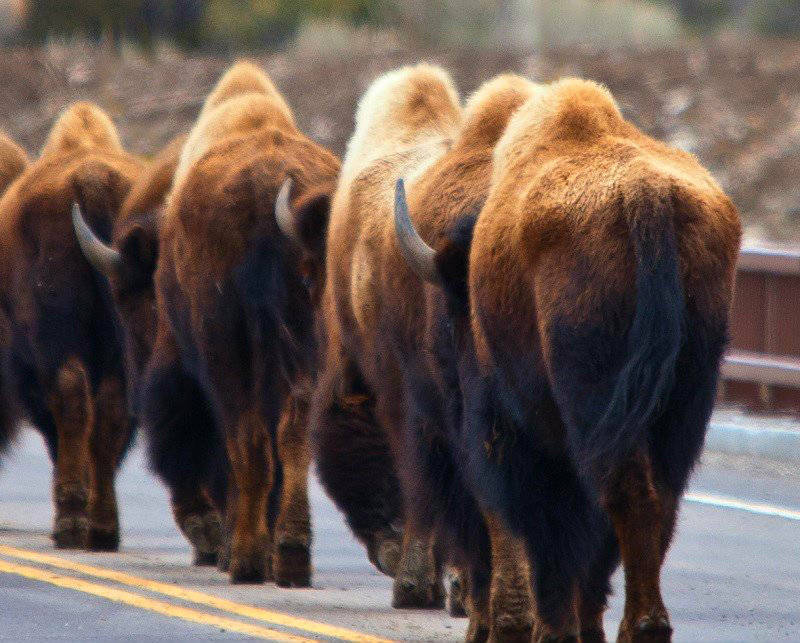 Some scientists are optimistic, so to speak. They predict only a major earthquake. A running bison is considered a stupid joke of park workers who want to increase the budget. Others believe that bison move in search of food: the park is hungry.

However, the US government is real alarm. And even plans expensive programs to resettle Americans to other continents.

As reported on April 4 Turner radio network with reference to Praag.co.za (South African resource News), the US government is trying to force other governments to implement programs to move Americans to safe places on the planet - for example, to South Africa.

According to the United States government, Yellowstone Supervolcano will erupt in the next ten years. Therefore, the White House has offered foreign recipient countries payments in the amount of 10 billion dollars a year during these ten years. For this money, host countries should urgently arrange and provide housing for Americans who will have to leave their homeland in the event of an eruption.

Not only Americans are sure that the volcano will erupt. For example, Dr. Jean-Philippe Perrillat from the National Center for Scientific Research in Grenoble notes that France also confirms the processes of magma buildup. The French also talk about the eruption in the next ten years.

In addition to South Africa, the plan provides for the participation of Brazil, Argentina and Australia.

However, a spokesman for the South African Ministry of Foreign Affairs, Dr. Sipho Matvette (Sipho Matwetwe), has already said that South Africa “will not become part of the plan, because there is a risk that millions of white Americans who can be sent to our country in an emergency situations can, in our opinion, pose a threat to black national culture and identity. ”

This is the intolerant answer, we add, from America.

As noted in the material, the last known scientist eruption of supervolcano occurred probably about 70000 years ago at Lake Toba in Sumatra. The eruption caused a volcanic winter that lasted six to eight years. The consequences of the super-reverberation have been felt for a thousand more years.

American scientists believe that South Africa is an area where people could survive the onset of a volcanic winter caused by the eruption of Yellowstone Supervolcano.

However, it is reported further, although two South African ministries - foreign affairs and science and technology - were informed in detail about the US plans, as well as the financial component, the South African Cabinet decided to reject the US request.

Dr. Sipho Matvewe advanced a number of arguments against American resettlement in South Africa. According to him, the South African government sympathizes with America because of Yellowstone, but has its own problems in South Africa. 200 of millions of white people lives in America, and many of them decide to flee to South Africa. They will create big problems here, destabilize the situation and “maybe even return apartheid”. The doctor summarized: "South Africa is not for sale."

“65 million years ago the eruption of a similar supervolcano coincided with the fall of a meteorite in the region of Mexico, and it is quite likely that this double blow caused dinosaurs to die out. In the current situation, the United States will become extinct, ”Michio Kaku, a professor of physics at the University of New York, quoted as saying. "First channel". 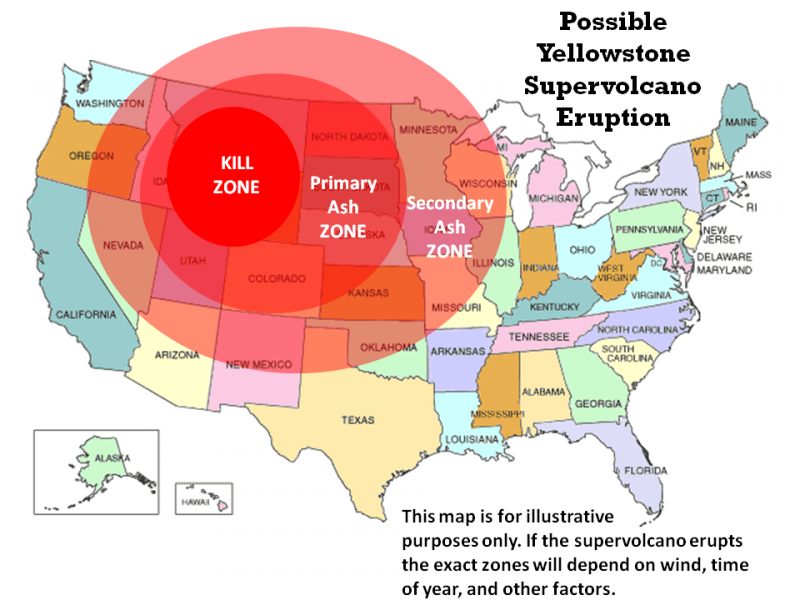 Clearly, we add on our own that in the coming days the US government will turn to Australia. It is also clear that in the volcanic context, the problems of Ukraine, Syria, Iran, China and other so-called American geopolitical landmarks may seem like trifles to the White House, unworthy of attention. When the lives of all Americans are at stake, there can be no fictional “national security”, the interests of which suffer somewhere on Kharkov or Donetsk streets. Washington is no longer up to wordy arguments about freedom of speech in the PRC or the dominance of Assad in Damascus. All three hundred and fourteen million Americans are about to fall asleep volcanic ash. And on the eve of this terrible catastrophe, Mr. Obama may ask for help not only from South Africa or Australia, but also from Russians: after all, the consequences of super-incarceration by the Siberians will be bypassed.

Observed and translated by Oleg Chuvakin
- especially for topwar.ru
Ctrl Enter
Noticed oshЫbku Highlight text and press. Ctrl + Enter
We are
Situational analysis of the death of the MH17 flight (Malaysian Boeing 777), made on the basis of engineering analysis from 15.08.2014The counter-revolutionary wave turned into a tsunami.
Military Reviewin Yandex News
Military Reviewin Google News
287 comments
Information
Dear reader, to leave comments on the publication, you must sign in.