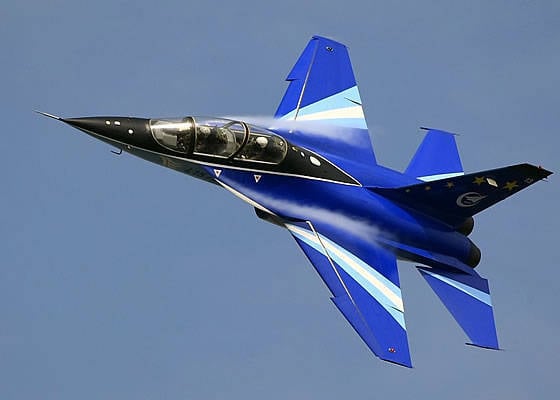 Venezuela purchases L-15 Falcon combat aircraft produced by the Chinese company Hongdu (Hongdu), Infodifensa reports with reference to the information contained in the press release of the Defense Ministry of Venezuela.

Later, in a press statement made by 4 on April after meeting with the president of Venezuela, the minister said that the L-15 project for UBS was "already being implemented." Details of the purchase and delivery of aircraft at this stage are not disclosed.

In November 2013, representatives of the Venezuelan Air Force held talks with a delegation of the Chinese National aviation Import Export Corporation (CATIC). The Chinese delegation held a presentation of the jet trainer / light combat aircraft L-15 Falcon, designed to train pilots of “third generation fighters” (according to the Chinese classification - approx. TSAMTO).

The Venezuelan air force has been searching for an effective jet fighter for a long time, designed to train modern fighter pilots. According to the information of Infodifensa, the purchase of K-8V Karakorum aircraft in China did not allow to solve this problem in full.

Earlier, the Venezuelan Air Force considered the possibility of acquiring Russian Yak-130UBS, but then expressed interest in buying L-15. In September 2012, Rosoboronexport made the Venezuelan Air Force a formal proposal for the supply of the Yak-130UBS. At that time, it was assumed that the decision on the choice of supplier of the new TCB / UBS will be made in the next few months.

L-15 “Falcon” is the first supersonic TCB in China and is a two-engine twin-engine supersonic aircraft capable of reaching a maximum speed of 1,4 M. Maximum take-off weight is 9500 kg, the maximum range is 550 km. M. Considering that the L-16,5 project was developed with the participation of the Yakovlev design bureau, as well as the promoted “Alenia Aermakki” supersonic MFC-15, externally L-346, Yak-15 and M-130 are very similar. L-346 is somewhat larger.

The features of the L-15 are a digital, electrically-operated flight control system and a glass cockpit. Control of the aircraft and weapons systems is carried out on the principle of HOTAS (Hands-on Throttle and Stick). The cabin is equipped with multifunctional display devices. The length of the L-15 is 12,27 m, the wingspan is 9,48 m. The plane is equipped with AI-222-25F engines produced by the Ukrainian company Motor Sich.

In addition, Admiral K.Melendez announced the launch of the delivery of the 9 Group of Transport Aviation located at the Air Force Base named after General Joseph Antonio Paes to Port Ayacucho (Amazonas), light transport aircraft Do-228-212 / 228 NG “Dornier” ”Purchased by the MoD of Venezuela from RUAG Aviation (RUAG Aviation) under the contract for the supply of 10 aircraft. It is planned that their delivery will be carried out at the rate of 1 aircraft per month.