April 8 2014
17
Ease of use and operation of small weapons depends not only on the qualities and characteristics of the weapon itself, but also on the accompanying equipment, for example, tactical weapon belts. In Russia today you can find good options for such products of domestic development and production. An example of such products are tactical weapon belts of the “Debt” system, which are continuously being improved. These belts are a patented invention of Vladimir Kharlampov, who is also one of the founders of the company Tactical Solutions.


The “Duty” belts are a combination of the main advantages of one-, two-, and three-point tactical belts, eliminating their main disadvantages. The development of this system was the result of a large number of tests and subsequent improvements. At the same time, tactical belts were successfully tested in the Russian special units of the FSB, the Ministry of Defense and the Ministry of Internal Affairs, for example, in the legendary special forces unit Vympel, whose fighters appreciated this Russian development. Thanks to the feedback, recommendations and requirements (feedback) that the special forces soldiers make, these belts are constantly being improved. At the same time, their main consumers at the moment are civilians. 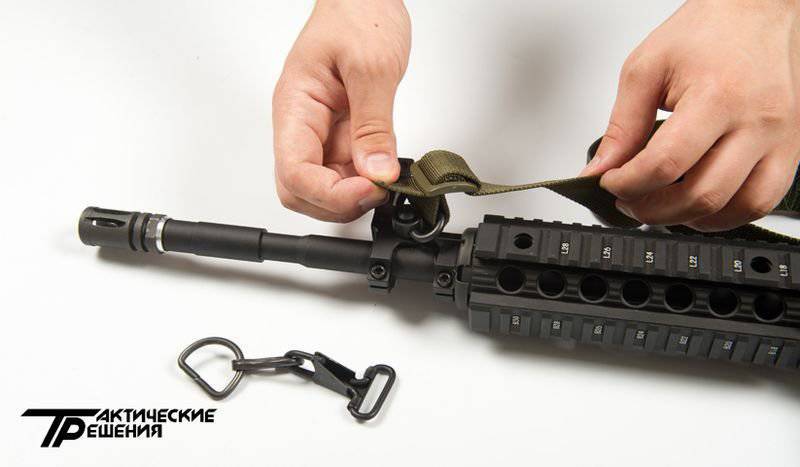 These tactical belts are ideal for hunting enthusiasts, as well as all those who are seriously keen on airsoft and have their own arsenal of airsoft weapons. Tactical belts of the Duty series give their owners complete freedom of action, maximum comfort when carrying a weapon and the speed of manipulation with it, which no regular weapon belt gives. All belts of the series have a common, unique principle of operation for them and differ only in the design of the main part of the belt.

The Duty-М2 belt is designed for use with submachine guns, machine guns, or semi-automatic smoothbore weapons. The older and more modern model "Debt-M3" retained all the features of its predecessor. At the same time, due to the other construction of the Dolg-М3 belt part, it can turn into a biathlon belt (allows you to carry a weapon behind your back in the manner of carrying a biathlon rifle) or into a two-point belt with a variable length and a quick adjustment function in length due to the use of a pull-up belt. It is also completed with a special soft broad shoulder strap. All this allows the use of this tactical belt with almost any type of small arms, including pump or semi-automatic smooth-bore guns, machine guns, sniper rifles and even grenade launchers.

Normally, these belts can be installed on almost any weapon that is equipped with a front swivel. Antabka is a special part of a weapon, a device designed to fasten and move a belt, a safety cord of a revolver or a pistol. Usually it is a metal ring or bracket on a hinge, which are located on the butt of the weapon and the forearm (on the muzzle of the barrel), to which the gun belt is attached. On pistols and revolvers located at the bottom of the handle. 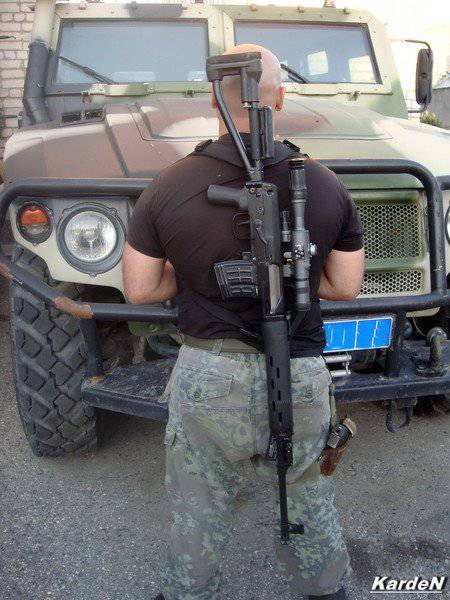 On the belts of the series "Debt" for their attachment to the rear of the receiver or butt, depending on the model of small arms, are used:
- universal girth of the lines (it can be installed on almost any kind of butts);
- a regular rear vertical swivel located on the receiver (at the point of connection with the butt) with a width of 3 or more centimeters (similar to AKMS);
- a regular rear leg attachment, located on the receiver in the place of its connection with the butt (on the weapon profile, on the side) and power karabiner (for example, the leaf inserts on the AR-15 self-loading rifle).

The “Debt-М3” belt is available in 2-x configuration options: universal and standard. In the universal configuration, the carabiner of the ribbon of the brace is not sewn to it, but tied with a double-slot buckle. At the same time, the belt is equipped with two types of carbines: one “Riga” and one “Soviet”. In a standard complete set of a belt, a carabiner of a belt is attached to a special low-noise lining and additionally completed with a “Riga” carabiner, for using this carabiner in case of need instead of a girth.

It is worth noting that the standard equipment fits almost all models of domestic weapons, as the tactical belt is attached to the front of the weapon using a carbine, which is used in the Duty belt, and the front swivel is, in most cases, placed vertically. At the same time, the use of a low-noise lining in the belt makes it possible to reduce the noise level from the connection of the swivel and the carbine, as well as to ensure better safety of the weapon forearm, protecting it from unnecessary scratches. 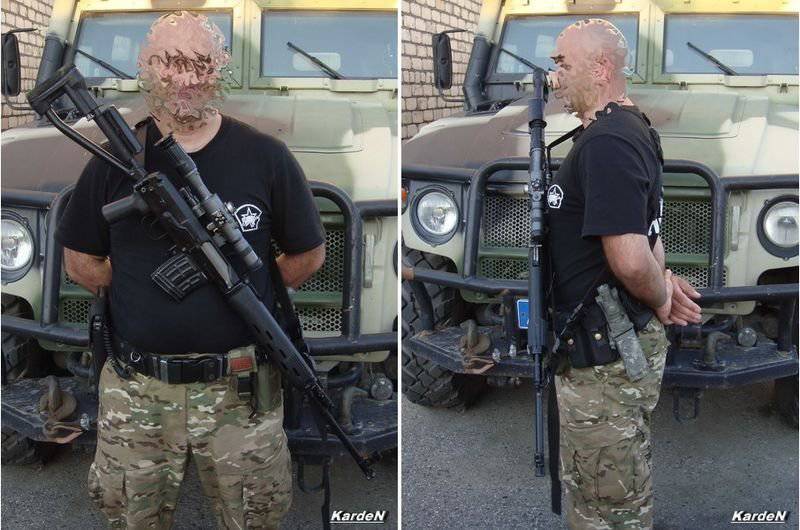 A universal kit can be useful if there is a need to install a belt on foreign models of weapons, since the options for attaching tactical belts to weapons are quite diverse and require the use of various carbines and swivels. Although the universal belt does not have a low noise lining, it allows the wearer to mount any carbine, universal girth or a sabot of a suitable width (not less than 25 mm) on the belt, or to mount the belt directly on the front sab of the weapon, if any, and has the required width .

The “Debt-М3” belt is produced from the 2013 of the year and has already managed to earn the trust of not only ordinary hunters, but also officers of Russian special forces. This tactical belt is produced in Russia, it is sewn from high-quality sling materials, the belt is equipped with reliable and wear-resistant accessories. In addition to the standard black version, this belt is also available in green and white. It is completed with a special soft broad shoulder strap for weapon belts. 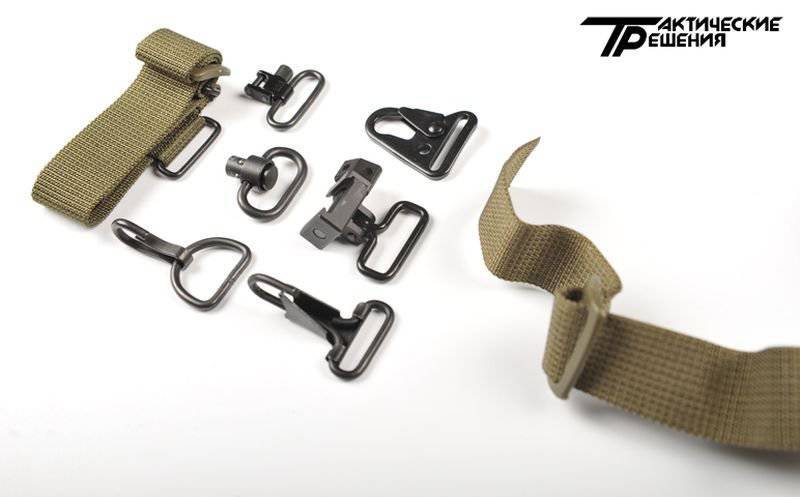 The design of the “Duty” belts allows weapon owners not only to fire effectively from it, but also to carry the weapon on themselves with equal efficiency. Including, not least, with various backpacks and other equipment when the belt is located under it. During the transitions, simply pull the weapon closer to the chest, in order to free your hands, and during halts and rest, you can simply unhook the front and rear carbines from the arms of the arms and remove it from yourself.