Crimea can get nuclear status 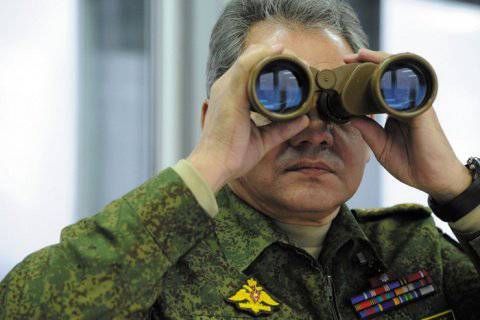 By the decree of the President of Russia, the Republic of Crimea and the city of Sevastopol are included in the Southern Military District (South Military District). The signing of the document coincided with the activation of NATO forces on the eastern flank and the increase in the US military crisis-response grouping in Europe. If we consider the transfer of significant forces of the Ukrainian army to the borders from the Russian Federation, the threat of a military conflict in the region increases.

Russian military experts believe that Moscow should urgently increase the defense capability of the Crimea and solve problems to neutralize possible military threats from its territory. At the same time, there is an opinion that it is necessary to deploy a nuclear weaponwhich can be another important military argument in the forthcoming confrontation of the Russian Federation with NATO and the United States.

Director of the Center for Socio-Political Studies Vladimir Evseev believes that there are no formal obstacles to this. Including from the technical side. Before 1996, a nuclear-technical storage facility was already operating in the Crimea in the Sudak area, where nuclear munitions left over from Soviet times were located. Basically, they equipped artillery shells, submarine torpedoes, air force-based cruise missiles. Low-power nuclear mines were also stored here. In 1994, an agreement on the transfer of nuclear weapons to Russia was signed between the Russian Federation, the United States and Ukraine. Before 1996, this weapon was taken out from the territory of Crimea. But the store is left. So it is not difficult to restore it technically, Yevseyev believes. “But let us ask ourselves: how much does Russia need now? Collisions are possible here, because Western countries did not recognize Crimea, ”the expert notes.

At the same time, Yevseyev stresses that the military potential of the United States and NATO in conventional weapons is many times greater than the Russian one. And if this potential continues to build up close to our borders, Moscow will have a weighty argument - tactical nuclear weapons (TNW), which can be used from the territory of the peninsula.

Colonel-General Leonid Ivashov, who at one time headed the Main Directorate of International Military Cooperation in the Russian Ministry of Defense, believes that the whipping up of military hysteria by NATO and the United States, their desire to increase the number of weapons and military groups near the Russian borders, may cause Moscow to retaliate. “De jure, nothing prevents us, for example, from deploying tactical nuclear weapons in Crimea that can be used on aviation and marine media. This, of course, will be a last resort. But our Western opponents should not forget about it. After all, Crimea is now Russian territory. And on our territory we can deploy any weapon if it does not contradict international treaties. And there are currently no restrictions on the deployment of tactical nuclear weapons in the regions of Russia, ”the general notes.

There is no doubt that the formation of a new military infrastructure of the Southern Military District will begin in the near future in the Crimea. After all, many of those 193 Ukrainian military facilities that were on the peninsula before its entry into the Russian Federation, are not in the best condition. The Black Sea Fleet, due to bans from Kiev, has also not been updated for more than 20 years. Therefore, it is possible to call the decision of the Ministry of Defense of the Russian Federation on the deployment of parts of the Air and Space Defense Forces in the Crimea. This was announced last week by Alexander V. Golovko, commander of the East Kazakhstan Oblast, to President Vladimir Putin.

Today, when the Crimea became Russian, the EKR troops acquired a unique National Center for the Control and Testing of Space Facilities, which is located near Evpatoria. At this facility, which was previously subordinate to the National Space Agency of Ukraine, they served around 230 Ukrainian troops. Almost all of them expressed a desire to serve in the Armed Forces of Russia. Another, apparently, important acquisition for the troops of the East Kazakhstan Oblast is the Dnepr-M radar missile attack warning system (SPRN) at Cape Chersonesos in Sevastopol. Until 2009, this object worked in the interests of Russia and Ukraine. However, after Ukraine demanded an increase in the rent for the use of the radar, Moscow refused the services of the Ukrainian military. But Kiev still operated the radar station at Cape Chersonese. Apparently, Russia will again be interested in this object. The Dnepr-M missile defense system in Sevastopol covers, among other things, the Middle East region and is capable of detecting launches of various types of ballistic missiles at 2,5 – 3,5 thousand kilometers. By the way, when Viktor Yushchenko was president of Ukraine, the United States offered to use the radar station in Sevastopol as an element of missile defense at the European theater of military operations (theater).

The naval forces will also be renewed. fleet and aviation on the peninsula. The General Staff of the Russian Navy plans to build six frigates for the Black Sea Fleet by 2016. Admiral Igor Kasatonov, Adviser to the Chief of the General Staff of the Armed Forces of the Russian Federation, is confident that the combat potential of the Black Sea Fleet, in addition to new ships, will be strengthened by diesel submarines (SS). They will obviously be located in Balaklava Bay. Here in the mountain there are special adits for basing submarines. Now the Black Sea Fleet has only one submarine. The increase in the number of submarines in the Black Sea Fleet is due to several reasons. First, they are needed for the prompt solution of combat missions in the Mediterranean. Secondly, they will be designed to solve problems in the Black Sea theater of military operations, including to protect the Crimean coast and other Black Sea territories of the Russian Federation. Thirdly, they are capable of carrying torpedoes with nuclear warheads to solve possible operational and tactical tasks in the Mediterranean and Black Sea theater of operations.