Eurasian Union - the future of the Russian economy 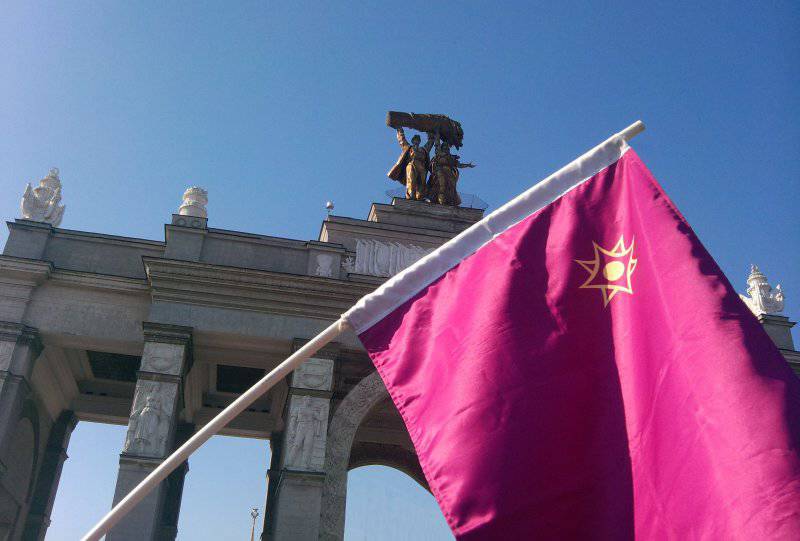 Russia needs to strengthen the domestic economy in order not only to resist sanctions from the West at the current stage, but also to successfully counter the United States in the future. The Eurasian Union, a supranational union that is planned to be created by the beginning of 2015, will help to solve this problem. It is expected that the Union will make not only trade, but also military-political competition to the countries of the West and China, thanks to which the republics of the post-Soviet space will be able to avoid expansion from the regional powers.

Better together than apart

The situation in the modern world is complicated by the fact that in the last decade there has been a gradual transition from a unipolar system of international relations to a multipolar one. This process is accompanied by numerous unpleasant events, like the war in Syria or the imposition of sanctions against Russia. However, there are positive moments, for example, the weakening of NATO or the growth of the economies of the BRICS countries.

In any case, the world is extremely unstable. The unipolar system has already degraded, while the multipolar system is just beginning to be created. The US is still clinging to a straw, hoping to slow down the spread of its empire with the help of sanctions, but as a result it only prolongs its agony. At the same time, many regional powers have not yet realized that with the withdrawal, the United States can claim more than they now own. However, an increasing number of states prefer to rely solely on themselves, abandoning the dollar or cutting themselves off of obsessive "allies" who want to influence the internal politics of other countries.

In such conditions, the creation of the Eurasian Union is a necessary step. In the growing post-crisis chaos, weak states do not stand up to competition - Ukraine is a vivid example. Therefore, the Eurasian Union will become a powerful stabilizing factor not only in the post-Soviet space, but also on the entire continent. Over time, a new integration union can turn from an economic union into a military-political bloc, capable of competing on equal terms with China and the United States.

Separately, the post-Soviet republics cannot exist. They are interconnected by a common infrastructure and constitute an inseparable economic space. When the USSR collapsed, the holding of state borders and the creation of customs barriers led to a halt in industry, because there was a break in traditional economic ties.

In order not to repeat the fate of Ukraine, the former Soviet republics need to urgently restore these ties. To do this, it is necessary to remove artificial customs barriers, to unify the requirements in the sphere of production and trade, as well as to create common control bodies. In this case, in the expanses of the former Soviet Union, a single Eurasian market will be formed that can become a reliable support for all countries that it covers.

At the same time, various local national elites can strongly oppose integration. This is due to their expectations: many oligarchs of the post-Soviet republics are only interested in personal enrichment. Friendship with Russia will force them to change the usual rules of the game, to begin a fair fight. At present, only those statesmen who are true patriots of their countries and wish them prosperity, and do not care about the thickness of their wallet, are engaged in establishing relations with the Russian market.

Recovery of the lost and the pursuit of the new

For Russia and its friends, the establishment of the Eurasian Union will open up broad prospects in the field of economic development. With the support of small states, the Russian economy is guaranteed to cope with any challenges of the present unstable world.

At the same time, the Eurasian Union has more chances to be integrated into the existing system of world order than each of its republics separately. Of all the countries of the former Soviet Union, only Russia can pursue a world-class policy. Other states, trying to break the old economic ties, become just toys in the hands of the West or China.

Russia offers its partners a unique opportunity to cooperate in order to act in the international arena as a single unit, where the interests of Kyrgyzstan will be protected on a par with the interests of Belarus, Kazakhstan - on a par with Armenia, where no one will be deprived or privileged, where everyone will be responsible and receive profit is proportional to the share of its participation in the union.

The United States and China will not perceive the countries of the post-Soviet space as equal partners until the real forces are able to defend their position behind the backs of the fraternal republics. The Eurasian Union is a powerful tool of international diplomacy, which can be used by any of the countries of the former USSR in order to strengthen its own positions in the international arena.

At the same time, the Eurasian Union must rely solely on itself. The task of Russia is to create an autonomous economic space, adapted for a long confrontation with neo-colonial powers, seeking to destroy any integration projects at the root. The US long-term strategy is to avoid the emergence in Eurasia of states or supra-state entities capable of challenging the West at the global level.

In the medium term, Russia faces the following tasks:

• to ensure the free movement of services, goods, capital and citizens in the countries of the Customs Union, and subsequently - the Eurasian;
• reorient all domestic producers to work with the domestic market, using the policy of protectionism;
• restore and modernize the industrial complex, inherited from the USSR and now divided between several independent states.

The first problem has already been solved. Thanks to the Customs Union, trade barriers between Russia, Belarus and Kazakhstan have disappeared. In the case of further integration of Russia, Belarus and Kazakhstan, the other two problems will be solved by themselves. Firstly, the potential market of the Eurasian Union is much larger than the domestic market of Russia. There will be more buyers in the Eurasian Union, which serves as a guarantee for the payback of goods and services. Secondly, the disappearance of customs barriers will lead to a free circulation of products between members of the Union, and will provide an opportunity to restore ties between the enterprises of the fraternal republics, which were dissolved in 1991 year.

Washington understands that the Eurasian Union is a structure beyond the control of America, and if it takes place, it will be difficult to resist. That is why the United States is increasing pressure on the post-Soviet republics, in every possible way preventing their reintegration. The West is trying to "knock out" individual players, destroying their national economies or reorienting them to Western markets, and also introduces economic sanctions, which, in theory, should lead to a weakening of Russia.

In the near future, the leaders of Russia, Belarus and Kazakhstan should sign documents allowing to prepare a platform for the formation of the Eurasian Union. The structure itself will start working no earlier than 2015. The period between the beginning of 2014 and the middle of 2015 will be very alarming and tense: the US will use all the methods of influence on Russia and its allies in the arsenal to ensure that the Eurasian Union remains a stillborn project.

In order to avoid the fate of Libya, which offered a pan-African union, Yugoslavia, which showed excessive self-sufficiency in foreign and domestic policy issues, or Iraq, who wanted to unite the Arabs of the Middle East under the slogans of pan-Arab nationalism, Russia needs to create an economic system that is completely independent from the West, and therefore endure a long-term cold war. Previously, few thought about it, but the time has come: sanctions from the United States and the European Union, military-political aggression of Western countries in Eastern Europe significantly accelerated the process of the formation of a national-oriented economy in Russia.

Over time, the Eurasian Union should be transformed into a military-political association. This is due to the fact that their trade interests need to be protected, and this should be done by all methods, including force. It is unlikely that the American threat will come to naught over time. On the contrary, as the unipolar world collapses, America’s actions will become more and more radical, as Washington, in order to preserve its influence, will begin to hold the fleeing allies no longer a “carrot”, but a “whip”.

However, Russia has no choice. The West has left no other options for Moscow except to create its own independent supranational structure, designed to resolve not only economic, but also military-political conflicts. Any steps of Washington are meaningless - Russia rushes to the goal, sweeping the enemies off its path, and is preparing to become a full member of the updated multipolar world, which will definitely replace America’s fading hegemony.

Ctrl Enter
Noticed oshЫbku Highlight text and press. Ctrl + Enter
We are
What can hit on sanctionsStrangulation: the context, conduct and consequences of the American naval blockade of China
Military Reviewin Yandex News
Military Reviewin Google News
13 comments
Information
Dear reader, to leave comments on the publication, you must sign in.