Is Russia again to blame? 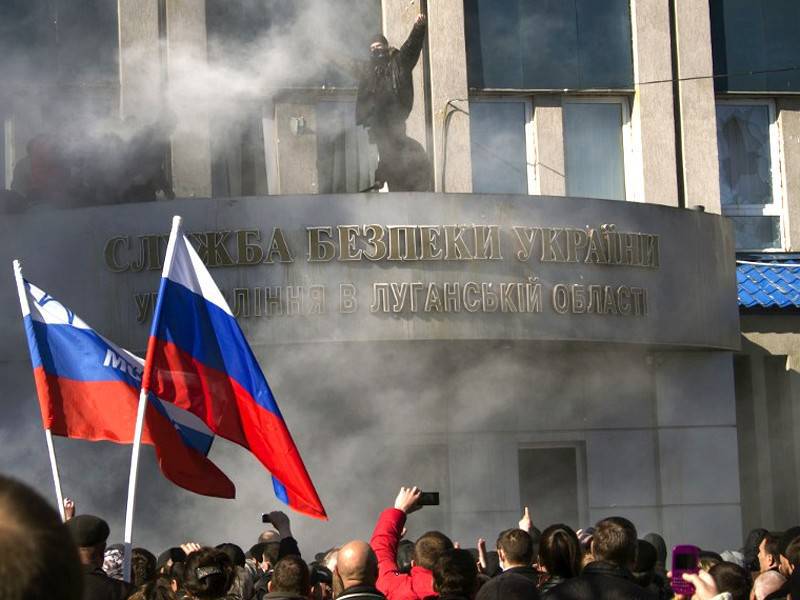 This is me like everything about Southeast Ukraine. About Kharkov, Lugansk, Donetsk.

What we all expected, if not from day to day, then in the near future happened. Donbass reared. And, keeping in my memory the hunger riots of miners of the sample of the nineties of the last century, I will say it all - it's all flowers.

The berries will be when you, with your stupid obstinacy in wanting to sell all of Ukraine in bulk, will bring people to despair. When people will wall at you not for the language, not for the right to speak and think, but for their children and grandchildren. Who will have nothing to eat. When state employees do not have enough salary to pay for a communal flat, which you are preparing for them from May 1.

It is then that you either wash your face with blood, or you will kill people who have been taken to the extreme. The fact that the order will be given to shoot, I personally have no doubts. You will be and not like that.

And what, again Russia is to blame?

Again, rallies from the Belgorod region came in large numbers? No, it won’t take a ride! .. They dug a ditch, they don’t let Ukraine into Ukraine. On Sunday, he tried to drive - deployed. Well, yes, I’m not offended, in principle, there is something to keep out. Nothing, and without officialdom honored. But your insanity has seen in all its splendor. Bullshit, to be honest. To any of our tank to move - well, pull yourself up a bit.

So do not ride - the border is locked. Well, outwardly.

On the box zazombirovat? Again, a minus. Are the channels turned off? Turned off. So it is not in them.

No, of course, Russia is to blame. Around and everywhere. For gas (here, damn, the theme of the century is something!) Wants money. At PACE and the UN Security Council ... leant. For their radeet. Protect wants. It is clear that borscht has nothing to do with it when such things are in the kitchen, but you should at least buy conscience. It is clear that the money is mute, but a bit you can find.

Russia is still to blame for the fact that tanks and other useful gizmos were not found, although they were looking for, only that smoke did not come from somewhere in earnest. Either they were looking bad, or in nature - they are not. But definitely, this is our fault.

Or maybe recall the proverb that someone N.V. Gogol took the epigraph to his immortal work? “I don’t blame the mirror if it’s crooked.”

Ctrl Enter
Noticed oshЫbku Highlight text and press. Ctrl + Enter
We are
In Donetsk, the OSCE missions painted their eyes, and in Lugansk they celebrated the 100 anniversary of the birth of MatusovskyIn Donetsk, a monument to Uncle Vasya was installed, and the ukrokrateli “congratulated” the Donbass on the Day of Metallurg
Military Reviewin Yandex News
Military Reviewin Google News
88 comments
Information
Dear reader, to leave comments on the publication, you must sign in.