April 12 2014
36
People are strange creatures: we can love and love with the same force, and desire death just like us. We create weaponwhich by its very appearance throws a shiver. But sometimes something goes wrong, and the gun is a gun! - can laugh, and not to drive in a cold sweat. Are you ready to add to the piggy bank of unnecessary knowledge information about a moped rifle, acoustic cats and a pistol - mouth organ?


Let's start with the last killing means: here it is, below. It is called so because of the horizontal store. Invented this "elegant" thing someone J. Jarre. It was between the 1859 and 1862 years. 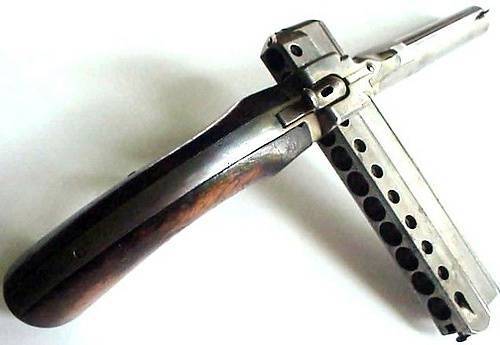 Operation Acoustic Cat, a CIA project already on 20 million dollars! Started in 1960 year and ended ingloriously in 1967. Here is a quote from one 60 media (probably, something like our lobotomized MK, which Leman Solaris discovered today on Enceladus): “In just an hour, the veterinarian turned a fluffy cat into an elite spy, implanting a microphone and a small a radio transmitter at the base of the skull, as well as lining a thin wire antenna into its gray-white fur. The goal is to make a cat a living machine for observation. The feline spy's first assignment was this: to record the conversation of two men sitting in a park on a bench where the cat was taken by the CIA. Instead, the fluffy just wandered through the park, and then suddenly rushed into a busy street and was crushed by a taxi. ” 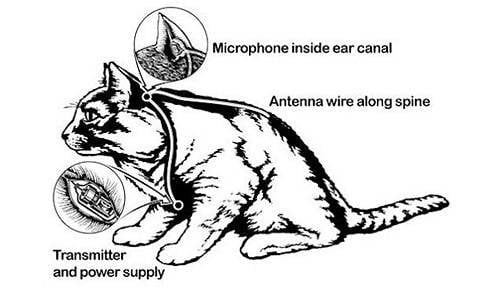 Heavy guns "Gustav" and "Dora", the largest in stories caliber (800 mm!) and with the heaviest shells (7 t!). They were designed and built by the notorious Krupp at the end of 1930's to destroy the main forts on the Maginot line of defense. 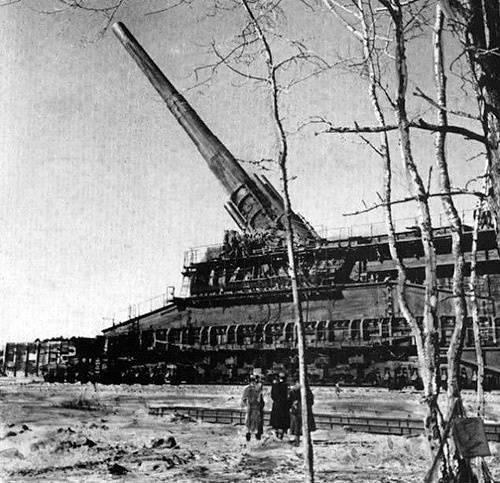 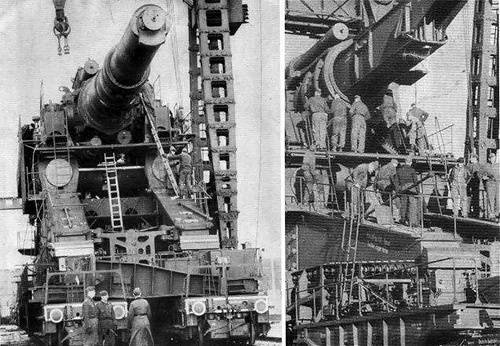 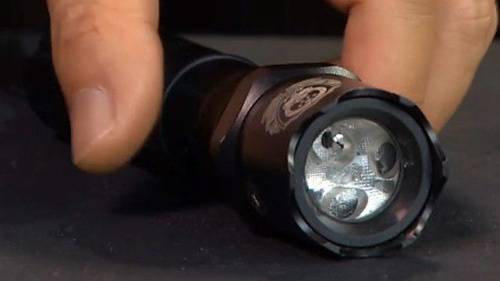 And how do you like this flashlight-gun, made for the secret North Korean agents?


Every hole you see in a photo is in reality ... a barrel. A shoots "flashlight" from a single click.

Dogs trained to carry explosives under Tanks or to military facilities, were used in the Soviet and Russian army from 1930 to 1996, in the US Army in 1943 and among Iraqi rebels of the 2000s. Sobachek (and dolphins), of course, is a pity. Army - no. 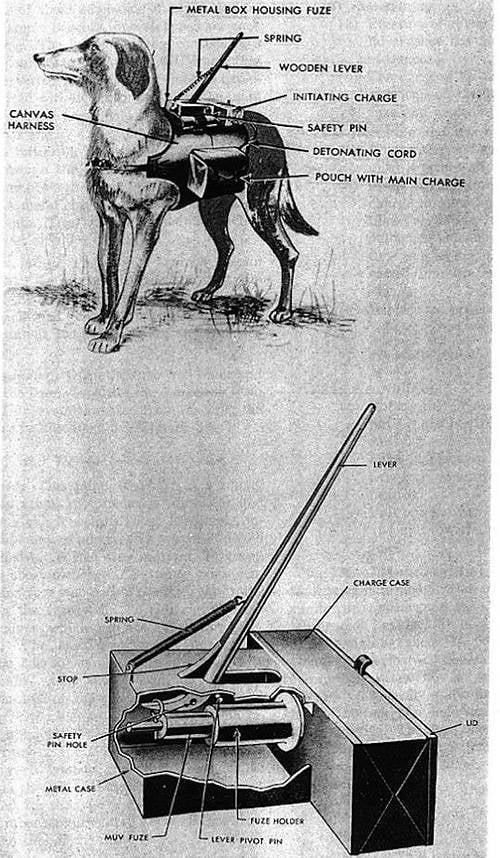 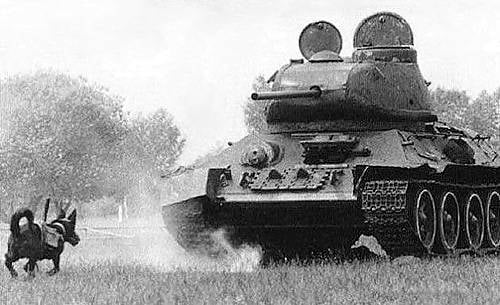 Here is what Chris Bishop (Chris Bishop) writes in his "The Encyclopedia of Weapons of World War II": "A serious mistake in training dogs was revealed already in combat conditions. The dogs were trained with the help of Soviet diesel tanks, and the German tanks were working on gasoline. The result was sad: the dogs ran to the familiar-smelling Soviet cars. ” 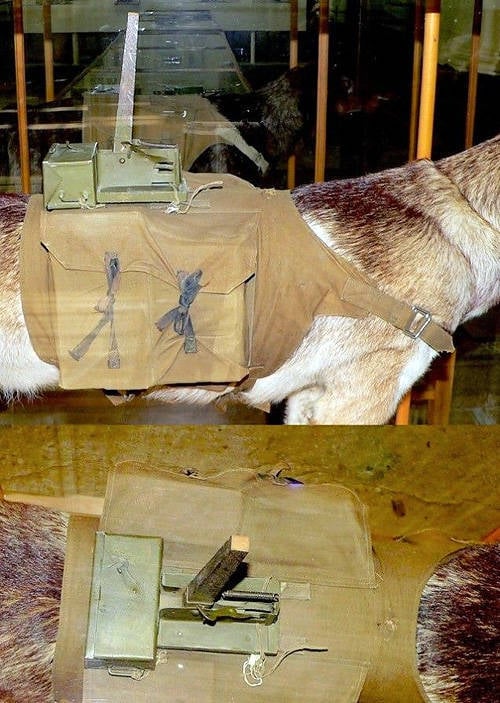 And here is another copy of the mini-weapon: the Dyson LePetit ring guard for six shots (22 caliber). 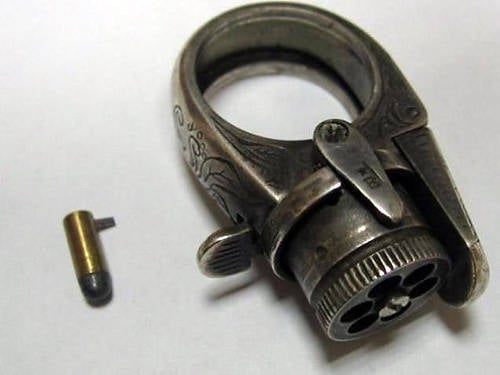 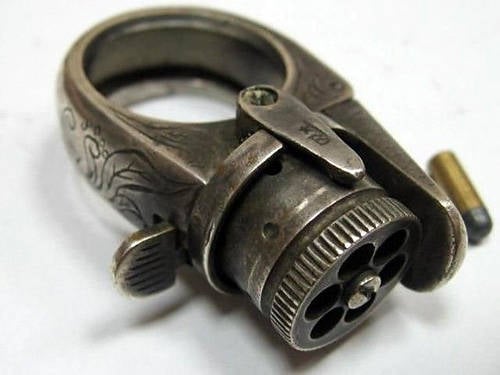 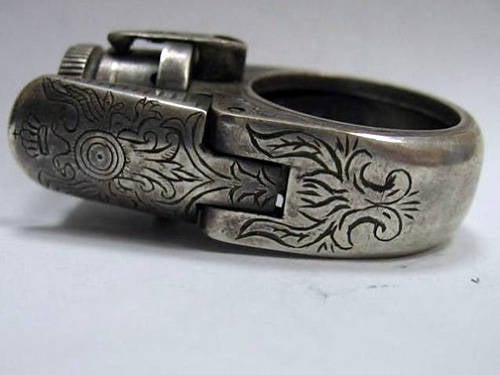 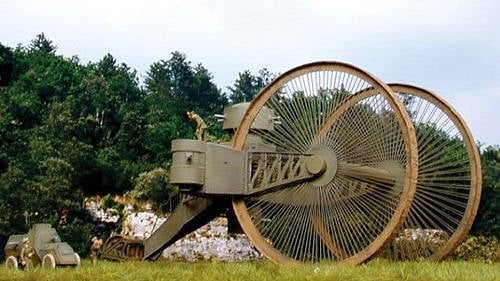 The largest and perhaps the strangest armored vehicle ever built! It appeared in 1914 in Russia. Born by a twilight genius named Nikolai Lebedenko. The tank had the good old shape of a tricycle. Two large wheels 8,2 m high, and there were also two engines, namely aviation carburetor high-speed "Maybach" for 240 liters. from. The large wheels were too heavy, so the tank often got stuck. After several tests, the car remained somewhere in the field and stood there for eight years (!) - until it was disassembled. The photo shows a recently recreated layout.

Vespa 150 TAP - American-made moped with M20 rifle caliber 75 mm without recoil. True, mopeds were assembled in France because they were intended for French paratroopers. After the presentation of this hybrid in 1956, nothing was heard about it. 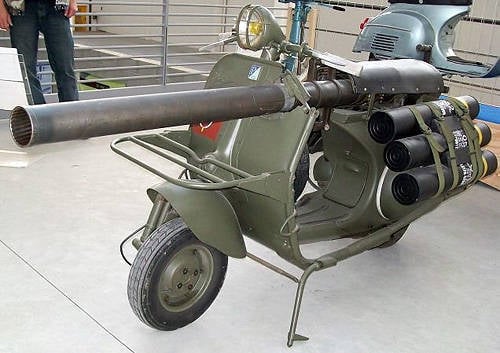 Bomb with ... bats inside. This outlandish weapon was created during the Second World Efforts of the US Air Force. Inside there were a dozen small incendiary bombs attached to the tails of Brazilian folding lips (this is a kind of bat).

Bats hibernated in canisters and woke up already in a falling bomb. At 330-meter height, the bomb opened.

"Bulgarian umbrella", developed by the Bulgarian secret service and the Soviet KGB. It was used to kill the Bulgarian dissident writer Georgi Markov in 1978 on the Waterloo Bridge in London (United Kingdom). 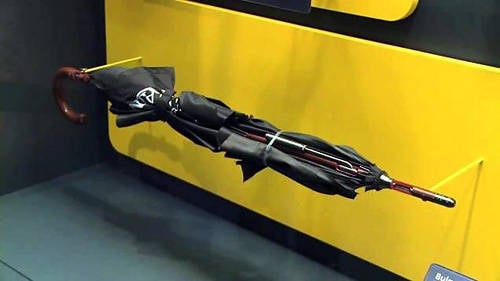 The umbrella had a tiny built-in pistol that fired a metal ricin capsule. Markov, who felt a sort of bee sting, died three days after the shot. 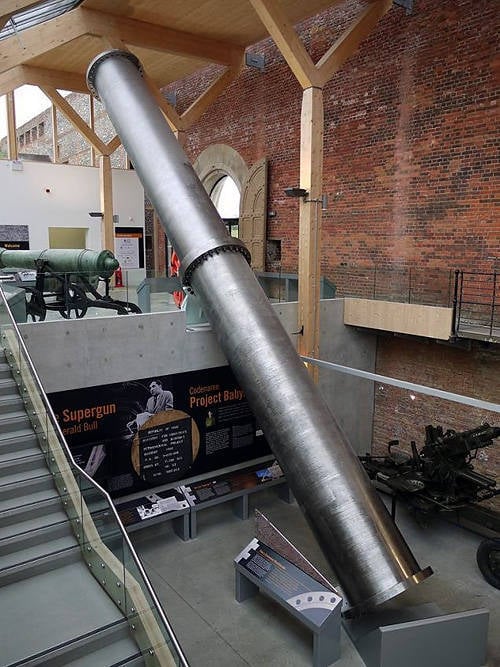 Among other good deeds, Saddam Hussein wanted to build the world's greatest weapon. "Big Babylon" was supposed to have a barrel length of 156 meters, and its projectiles were ordered to reach as far as the orbit. Ironically, parts for this thing were made in Europe. In the photo you see only two sections joined together. They are on display at the Portsmouth Museum (UK).

"Who? I?". Chemical weapons with such an extraordinary name were created by the Americans for the French resistance of the Second World War. The idea was as follows: the fighter quietly sneaked up to the fascist occupier and sprayed around the contents of the can. Do you think after a while the German fell and died in convulsions? By no means. Spray just sprayed the smell of feces. Oh, those heartless French! Always beat on the patient!

"Kiss of death" - lipstick-pistol caliber 4,5 mm, created in the KGB of the USSR in a "very cold season." 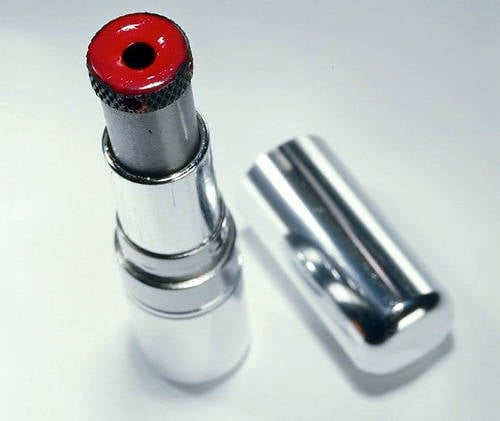 And at the end of the curtain let's look back centuries. "Weapon" is widely known, but still. Dove-rocket and cat-rocket, illustrations from three editions of Buch von den probierten Künsten by Franz Helm, released in 1535, 1584 and 1607. 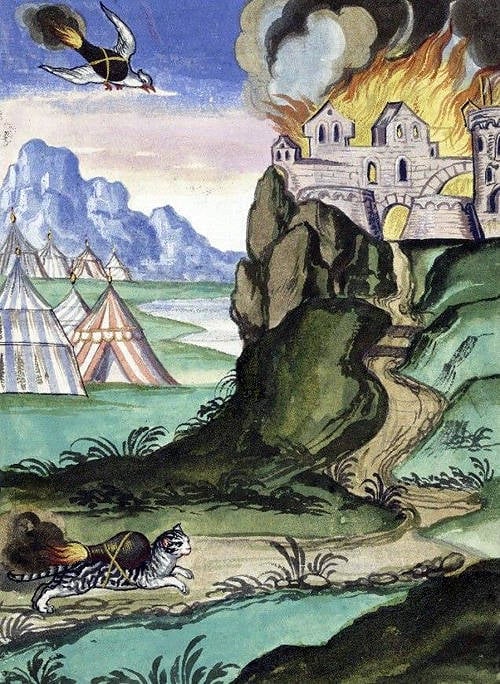 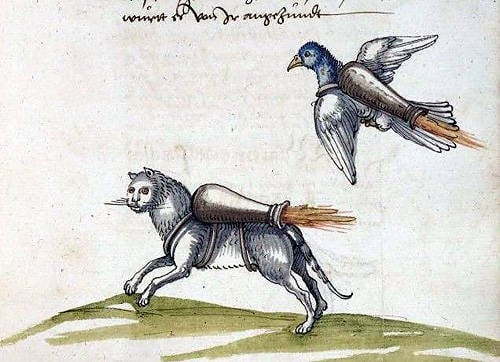 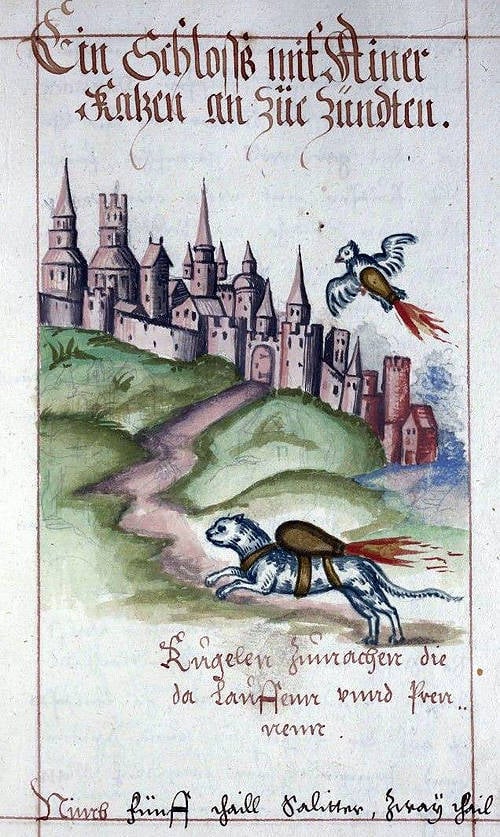 Prepared by materials io9. The image on the screen saver belongs tipa_graphic.