"The German command carries out a number of activities to create ..." Ukrainian army " 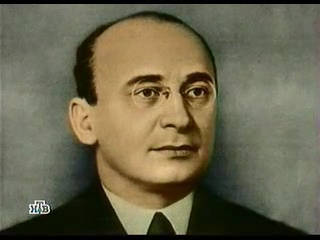 The German military command is conducting a series of activities with the aim of creating the “Ukrainian army” in the occupied territory of the Ukrainian SSR.


Message L.P. Beria to the Chief of the Political Directorate of the Red Army L.3. Mehlis on the creation of the German command on the territory of Ukraine "Ukrainian armies" and the formation of punitive detachments of persons of Ukrainian nationality and deserters

According to the intelligence data received by the NKVD of the Ukrainian SSR in December [last] [ode], the German military command is carrying out a number of activities with the aim of creating a “Ukrainian army” in the occupied territory of the Ukrainian SSR. On the right bank of Ukraine, an account has already been taken of the military-obliged military age of Ukrainian nationality.

In the Poltava and Chernihiv regions, the German authorities account for military service of Ukrainians aged from 16 to 50 years.

Captured commanders of the Red Army of Ukrainian nationality are concentrated in special camps. Special military schools are formed in these camps, where prisoners of war are trained in tactics, combatant, subversive, and automaking.

According to the data of 19 in November 1941 in the city of Novograd-Volynsk, Zhytomyr region, a special school was created from a prisoner of war of the commanding staff of the Red Army of Ukrainian nationality. The contingent of students of this school covers the average commanders from lieutenant to captain. These military are contained in general terms. They are not allowed to walk freely and wear weapons. They attend classes in their usual form, but without insignia.

Along with this, the German military authorities began to form punitive detachments of Ukrainian nationalities. In some places, these units call themselves "Ukrainian Cossacks." Basically, they are recruited from the Ukrainians, deserting from the Red Army, and from the local nationalist elements.

At the direction of the German authorities, punitive detachments are fighting with the guerrillas and are engaged in catching and destroying persons undesirable to the German authorities. The quantitative composition of these units ranges from 250 to 400 people. They are armed with Russian rifles, dressed in Red Army overcoats without buttonholes and wearing a yellow-blue triangle on their right sleeve.

The German authorities represent these forces unlimited rights, up to the execution.

In the Lozovaya district of the Kharkiv region, a punitive detachment consisting of Ukrainian deserters is operating. Members of the squad are on duty on the roads, detain suspicious persons and shoot those who do not have documents.

In the town of Proskurov, Kamenetz-Podolsk region, a punitive detachment of 250 people is created under the police force. Several dozen deserters have already expressed their consent to join the squad.

In the villages of the Cherkassy region of the Kiev region, several punitive units of 100-150 people were created to fight partisans.

In Poltava, the police recruited up to 400 local people.

People's Commissar of Internal Affairs of the USSR

Note. The German commanders of the frontline rear areas and field commandant's offices of the rear army area GA “Yug” were the first to take the initiative to recruit security teams from local residents of the central and eastern regions of Ukraine. In Ukraine, until December 1941, the first such formations were organized in Rivne and Zhytomyr regions. There were also formations in the Chernihiv, Poltava, Stalin (now Donetsk), Sumy, Kharkiv and Voroshilovgrad regions. In accordance with the order of the Chief of the Operational Department of the State Enterprise “South” of 14 in November 1941, these militias received the status of “auxiliary forces from the local population” (German. Hilfskrafte aus einheimische Einwohner) and were divided into auxiliary security teams (German. Hilfskommanden der Schutzmannschaften) and the Cossack hundreds, who, together with the units of the Wehrmacht, were used for horse reconnaissance in hard-to-reach areas (Bolyanovsky A. Ukrainski viysky formvaniya in the Niromchini military forces. S. 97).

Ctrl Enter
Noticed oshЫbku Highlight text and press. Ctrl + Enter
We are
Security officers in Stalingrad. The feat of the 10 Division of the troops of the NKVD of the USSRBeria is the protagonist of the USSR atomic project
Military Reviewin Yandex News
Military Reviewin Google News
11 comments
Information
Dear reader, to leave comments on the publication, you must sign in.