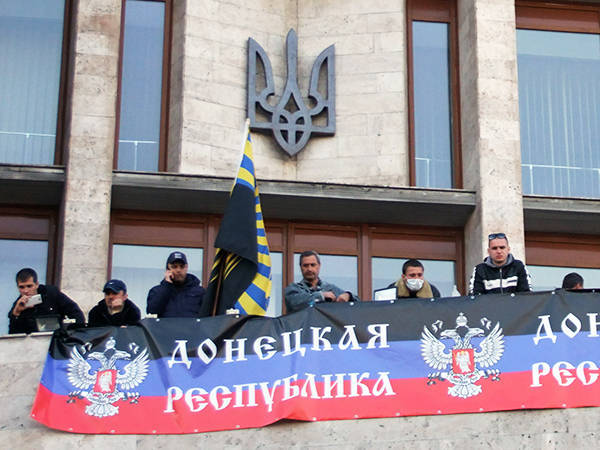 
Deputies of the Donetsk Regional Council made an appeal to Russian President Vladimir Putin. In it, in particular, they asked for the deployment of a peacekeeping contingent to the region.

“Only in Russia we see our defender of the Russian world. We are ready to fight for our beliefs. But we alone will not be easy without Russia, ”said one of the speakers. Those present received an appeal to Vladimir Putin with a standing ovation.

In addition, the people's council of the Donetsk region, the establishment of which was announced today by the protesters in the region, announced its intention to create the Donetsk Republic and join the Russian Federation after a referendum on this issue, to be held no later than 11 in May, reports ITAR-TASS.

“Donetsk People’s Republic is created within the administrative boundaries of the Donetsk region. The decision on this comes into force immediately after the referendum, ”one of its leaders read out the decision of the People’s Council at a meeting in the building of the regional state administration, over which protesters against the new authorities in Kiev established control the day before.

Currently, the protesters removed from the flagpole near the building the flag of the Donetsk region and raised the flag of the public organization "Donetsk Republic", this was accompanied by the anthem of the Soviet Union.

The protesters decided to create a People’s Council due to the fact that the Donetsk Regional Council refuses to collect an extraordinary session and decide to hold a referendum on the status of the Donetsk region.