Afghanistan: elections are behind, ballot counting ahead 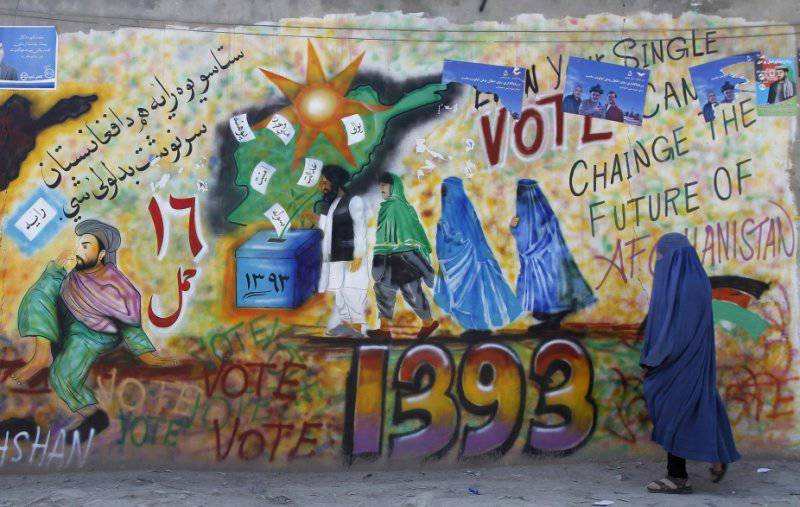 As transmits "Afghanistan.ru" With reference to the Ariana TV channel, more than seven million people in Afghanistan voted in the presidential election. Voter turnout was 58%. Among voters, 35% were women (double the number compared to 2009 of the year).

According to the spokesman for the Afghan Ministry of Defense, General Zahir Azimi, 164 militants were killed and 82 injured on election day. Losses from the Afghan AF: 7 killed and 45 injured.

There are data that differ from these. The scatter of Afghan numbers is just amazing.

Maxim Makarychev ("Russian newspaper") reports that, for security reasons, the authorities closed 959 from 28,5 in thousands of polling stations.

The voting process, the “RG” correspondent notes, monitored 325 thousands of observers, mostly locals, who were joined by several hundred foreigners. About 350 thousands of troops and policemen followed the order at the sites.

Chinese agency Xinhua something clears up on the number of sites. It turns out that the 211 polling stations remained closed on election day itself. But the total number of closed polling stations throughout the country, according to the chairman of the Independent Election Commission of Afghanistan, Mr. Nuristani, was 959. According to him, in the 34 provinces of the country was organized to 6212 polling stations. Before the elections, the Independent Electoral Commission closed 748 of them due to security problems and as measures to prevent fraud and irregularities.

Consequently, part of the polling stations was closed on the eve of the elections, and there was no intention of voting there at all. But where did the number in 28,5 thousand come from in “RG”? Right mystery ... 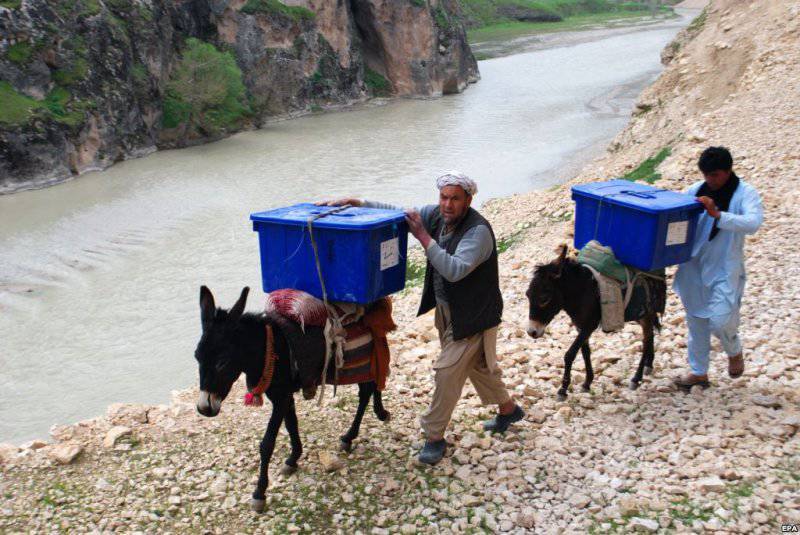 According to the channel "Euronews", the army and the police managed to keep the situation in the elections under control.

The channel said that the counting of votes will last two weeks. Of the eight candidates for the presidency, three, analysts say, have a chance of success. They are Zalmay Rasul, Abdullah Abdullah (former foreign ministers) and Ashraf Ghani Ahmadzai (ex-minister of finance).

We know the opinion expressed by President Karzai about the elections. His leads Voice of America News Service.

Hamid Karzai thanked the citizens for participating in the elections, despite the threats of the Taliban, and noted that it was thanks to the active participation of people in the voting that "our beloved country became proud and successful."

Voice of America notes that the turnout was so high that there were not enough ballots in other polling stations. According to observers, this vote marked the first democratic transfer of power in Afghanistan.

Jan Kubish, the special representative of the United Nations in Afghanistan, praised voters for a high turnout, “despite threats and intimidation” by the Taliban.

Congratulated millions of Afghans who participated in the election, and US President Barack Obama. April 5th election he called "historical". Obama also noted that the Americans “sacrificed so much” for this vote to take place.

“Russian service“ BBC ” gives an assessment of the elections in Afghanistan given by British Foreign Secretary William Hague. He said: "This is a great achievement for the Afghan people, that so many voters — men and women, young and old — have come in so many numbers, despite the threat of violence, to have their say in the debate about the future of the country." 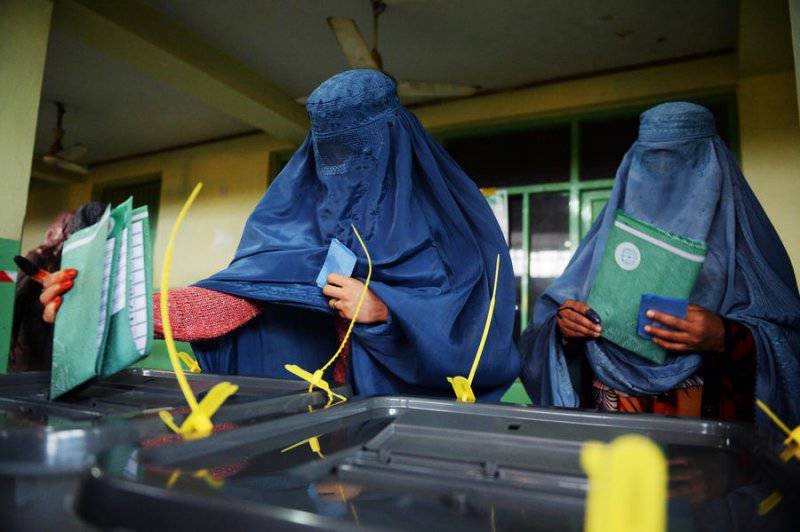 NATO Secretary General Anders Fogh Rasmussen also spoke out. According to him, the elections became a “historical moment for Afghanistan”. He congratulated the people of Afghanistan: “I congratulate the millions of Afghan men and women from across the country who voted in the presidential and provincial council elections with such an impressive turnout.”

According to analysts of "BBC", no candidate can not get more than 50% of the votes needed to win the first round. The second round may go through 28 May.

By the way, the British TV and Radio Company notes that when the secretary of the commission, Zayaule Hague Amarkel, was asked about the lack of ballots, he replied that this information was “false”. However, the correspondents of "BBC" received a message that in many areas at the polling stations ballots ended a few hours before the end of voting. And candidate Abdullah Abdullah (aka Abdullah Abdullah) noted, for example, that a significant number of voters failed to exercise their right due to the lack of ballot boxes.

Analyst and blogger El Murid in his LJ writes:

“Elections in Afghanistan, despite a number of serious terrorist attacks and the closure of polling stations in some provinces in connection with the attacks, took place. Now we have to wait a few weeks, while bulletins and protocols will be delivered from all the mountain villages on donkeys (and this is not a joke). Any reliable election results will begin to clear up at best in a week, and they will be finally announced when they are announced. The Afghan specificity is such that if a second round of elections is required, it will be held only in June - simply because it will not be known until the end of April that the second round will be required or not. ” 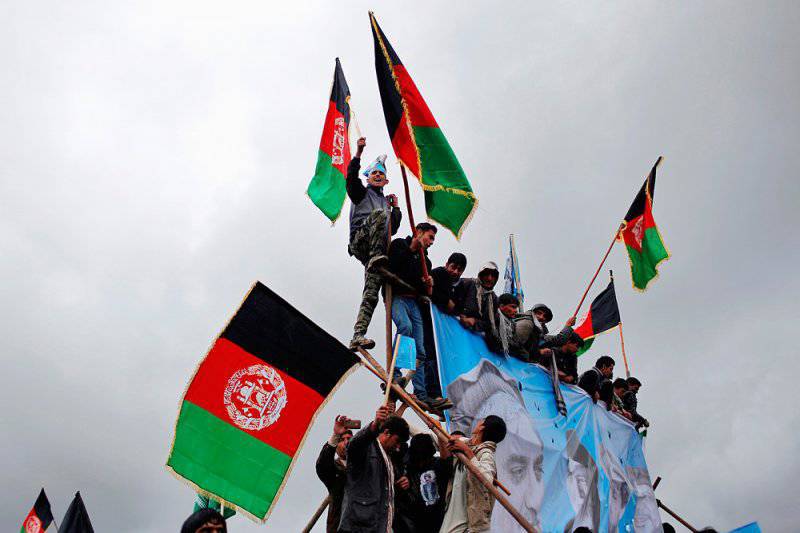 The analyst clarifies some important details. Firstly, in Afghanistan, no one really represents the number of voters. Experts talk about 10-12 million. Secondly, 21 million were printed. (If we recall, add to this that there were not enough ballots in many sections - see above - then the picture is curious ...)

El-Murid thinks that the one who “will finally be pointed out by the current President Karzai” can win. And he recently supported Zalmaya Rasul.

About this person site "Afghanistan.ru" reports the following.

Zalmai Rasul was born in 1943 in Kabul and is an ethnic Pashtun of the Mohammadzai tribe. Zalmay Rasul speaks Dari, Pashto, French, English and Italian.

It is noted that Rasul was one of the participants of the first Bonn Conference on Afghanistan (2001, Germany), as a result of which the interim government of Afghanistan was created. After the fall of the Taliban regime, Rasul entered Kabul with Karzai.

In 2002, Zalmay Rasul was briefly Minister of Civil aviation, and then became an adviser to the president of Afghanistan on security issues. From January 2010 to October 2013 served as Minister of Foreign Affairs of Afghanistan.

For twelve years, Rasoul accompanied Karzai on many important journeys.

Therefore, it is not surprising that Karzai is "sick" for Rasul, no.

As for the timing of counting ballots, then, as you can learn from the latest News, the electoral commission of Afghanistan said that the results of the vote will be known no earlier than April 24.

Observed and commented on Oleg Chuvakin
- especially for topwar.ru
Ctrl Enter
Noticed oshЫbku Highlight text and press. Ctrl + Enter
We are
Results of the week. "Who will be the last to leave the composition of Ukraine is also debts!"Presidential Election - 2012. There is a vote! (Poll)
Military Reviewin Yandex News
Military Reviewin Google News
7 comments
Information
Dear reader, to leave comments on the publication, you must sign in.