German Defense Minister: Ukraine does not meet the basic requirements for joining NATO 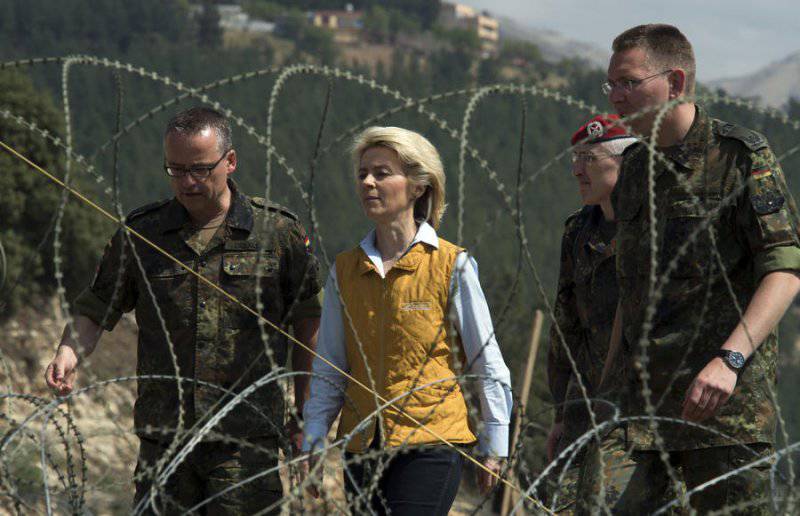 German Defense Minister Ursula von der Lyayen said that at present the issue of Ukraine’s entry into NATO is not on the agenda, and the country itself does not meet the basic requirements for joining the alliance. In turn, NATO Secretary General Anders Fogh Rasmussen argues that the alliance does not want to return to the days of the Cold War with Russia.


“Ukraine’s accession to NATO is currently not a subject of discussion. The country does not meet the basic requirements for joining NATO, ”Handelsblatt quoted Ursula von den Lyayen’s statement. The minister added that the Ukrainian economy is experiencing serious problems. “The country is fighting corruption, and it has yet to build a democratic statehood. In this we want to help them, ”she said.

Von der Lyayen also raised the issue of relations with Russia. According to her, they suffered because of the situation around Ukraine, and it will take a lot of time to restore the previous level of trust. Prerequisites for this, she considers the actions of the Russian Federation to de-escalate the situation.

Rumors of a military confrontation between the West and Russia, von der Layen calls "ridiculous." The conflict must be resolved peacefully, she said. The main line of Western policy in a crisis is that Europe demonstrates unity and strength, but at the same time seeks dialogue, the German defense minister said.

The NATO-Secretary General Anders Fogh Rasmussen also touched upon the topic of relations between Russia and the West. “No one in NATO wants to return to the Cold War, but we see that Russia is trying to turn back time and divide Europe into new spheres of influence,” the Alliance Secretary General writes in an article published in the British newspaper The Daily Telegraph.

Rasmussen also noted the need for closer cooperation between NATO countries against the background of the Ukrainian conflict and urged states to invest more in the defense sphere. At the same time, the politician acknowledged that, given the current economic situation in Europe, this is not so easy to do. However, in the long run, insecurity can be more expensive than an increase in defense spending right now, Rasmussen stressed.

In Ukraine, 22 February as a result of prolonged protests and bloody clashes of protesters with security officials there was a change of power, showing signs of a coup d'état. The Verkhovna Rada removed President Viktor Yanukovych from the leadership of the country, changed the Constitution, and appointed the presidential election on 25 in May. Moscow believes that the legitimacy of the decisions of the Rada raises doubts.

Ctrl Enter
Noticed oshЫbku Highlight text and press. Ctrl + Enter
We are
German Defense Minister Ursula von der Lyayen announced the conditions for Syria under which Berlin will cooperate with the armed forces of the SAR
Military Reviewin Yandex News
Military Reviewin Google News
57 comments
Information
Dear reader, to leave comments on the publication, you must sign in.