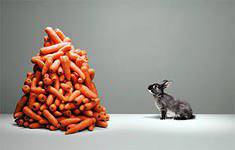 The latest events in the East of Ukraine indicate that the collapse of what was called the “independent power Ukraine” of the last 23 of the year is closer than ever ... The reasons lie on the surface: glaring incompetence, unlimited acquisitiveness and chronic corruption of those who considered themselves the rulers of Ukraine all these years.


Ukraine was distinguished from all other European countries by one characteristic feature: the territories that it has and had, were given to her not as a result of an intense struggle, but as gifts ...

And the main acquisitions in the form of the entire South-East, as well as the western regions, Kiev received during the XX century free of charge from the Bolsheviks. Kharkov and Donetsk, Lugansk and Zaporozhye, Odessa and Mariupol, Nikolaev and Kherson, Dnepropetrovsk and the Crimea, by the wave of the “magic wand” of Moscow, suddenly fell into the hands of Kiev at the beginning of the 20s of the last century. And in the 1939, Kiev has also grown in the territories of the western regions. Ukraine itself developed at a rapid pace, while it was part of the USSR. But after its collapse, the Kiev authorities failed to realize that it had nothing to do with stories the creation of what is still called Ukraine.

The processes taking place now in Ukraine become quite understandable, if we proceed from the irrefutable fact that, starting from 1991, it was led by the real junta, which under democratic cover changed only names and surnames, but did not change its comprador-gangster-criminal entities.

All the presidents of Ukraine, starting with Leonid Kravchuk and ending with Viktor Yanukovych, immediately after the arrival of the authorities, they distributed all the most tidbits of property to their loved ones, as well as to their approximate. After the next change of president, the redistribution of the previously stolen one immediately began. All of this was disguised and continues to be masked by the “struggle against the gangster regime,” “the pursuit of European values,” and other inventions that have nothing to do with reality.

Under the implementation of these tasks formed a repressive apparatus in the form of law enforcement. Of course, for the insolent plunder of their own country, the armed forces were absolutely not needed. Ukraine has long lost its independence, but its “virginity” went not to Russia, which was vehemently intimidated by the population of Ukraine, but by NATO, the US and the EU, which now really seized it.

Ukraine has never had the experience of building its statehood. Therefore, everyone who came to Kiev to the top of the Kiev pyramid of the state, immediately began to believe that his main duty was not to serve the people, but to enrich himself and his loved ones. This was actively promoted by the fact that over the past 23 of the year, the share of people from rural and illiterate regions of the West of Ukraine who had been slaughtered in government was constantly increasing.

The aggressive Galician ethnos, actively supported by the Ukrainian diasporas of Canada, the United States and Australia, imagined himself an all-powerful usurper, who is allowed everything. The entire South-East of Ukraine has become a victim of national, cultural, religious discrimination.

We must pay tribute to Viktor Yanukovych: in anticipation of the inevitable collapse of the Ukrainian statehood, he began to take measures at the last moment to, if not prevent him, then at least distance him. But it was too late, because the Ukrainian oligarchs, who owned real power in the country, decided to simply establish their own direct dictatorship. And then began Euromaidan ...

After the armed overthrow of the unapproved but nevertheless legally elected power, the real mess in the square began to come to the power corridors of Kiev open to the Nazis and direct CIA agents. The new junta announced the election of a new president of Ukraine 25 May 2014 of the year under the guns and with a live legitimate president.

Released from prison, Yulia Tymoshenko declared war on the oligarchs, being one of them flesh and blood. From which it can be concluded that she meant to remain the only oligarch in Ukraine.

Now, the main candidates for winning the so-called elections are the well-paid Ukrainian media who have long been bought by the same oligarchs, who name billionaire Petro Poroshenko and the same Yulia Vladimirovna ... That is, Ukrainian citizens are offered to elect the president from the same irremovable Kiev junta who leads the country over the years 23!

And it seems that Prime Minister Arseniy Yatsenyuk promises that after a catastrophic increase in the price of everything and everyone, tightening the belts and falling into wild poverty in just two (!) Years, prosperity will come, and thanks to the IMF loans. As one of my Donetsk friends said, it is believed in the same way as in the spring of penguins arriving at Khreshchatyk ...

At the same time, the Kiev authorities continue to commit such acts that cannot be explained in general by common sense. When the economy is falling into a corkscrew, it announces a general mobilization, rumbles stupid threats against Russia and allocates billions of hryvnias to re-equip the army instead of engaging in the economy. It prohibits military-technical cooperation with Russia completely, thus organizing general unemployment where something else worked in Ukraine. And under the drumming of speeches about “saving” Western loans, Kiev dropouts do not even talk about how Ukraine is going, in their opinion, to earn. And not just to earn, not only give loans, but also develop industrial production. For their limited thinking, this is simply not available.

But if the illiterate and blunt Galician ethnos for such a “divorce” is carried out quite meekly and even joyfully, then the population of the South-East of Ukraine has finally lost patience. There, unlike Lvov, Rivne and Ternopil, they are well aware that Ukraine as an independent independent state could exist only as a union and friendly Russia. And they don’t want, at the sight of how Kiev goes to the bottom, to also hang a stone on its neck and sink at the same time together with the Kiev-Galician madmen ...

After the arrest of 12 "Berkutovtsy" in Kiev, the police of the Southeast finally realized that the junta could do the same for every policeman from the eastern regions and now de facto ignores instructions from Kiev, which allows activists of the Southeast to freely seize state institutions . And how then can you call Kiev "Vlad"? Well, not the idiots in fact ...

With regard to the Ukrainian army, the conversation is generally special: this is the army, which in its present form exists throughout the 23 of the year and has never fought at all in its history. That is, there is no combat experience at all. The Ukrainian army could carry out its tasks only if it were built on the traditions of the armies of the Russian Empire and the USSR, in which Ukrainians fought heroically, and since this continuity with the Kiev half-bells is denied a priori, Ukraine does not have an army as such.

What naval battles won the Ukrainian Navy under the slogan "Glory to the heroes"? How many enemy planes did the Ukrainian pilots shoot down with a shout "Moskalyaku to Gilyaku"? How many embrasures have the Ukrainian infantry closed by, exclaiming before death, “What the hell is not jumping, that moskal!”?

There is a gangster "Right Sector", there is the so-called anarchist "National Guard", but there is no army. And it can not be by definition. Gang formations can be, but the army - no. And in such conditions, propaganda of the war with Russia simply means giving to the slaughter those people in shoulder straps who are brazenly and shamelessly stupefied by the so-called “Russian threat”. The main threat to the people of Ukraine is the Kiev junta.

The South-East of Ukraine makes its choice: if it is not together with Russia, it will face a long agonizing death in poverty and complete degradation. And Kharkov, Donetsk, Lugansk, Mariupol, Severodonetsk, Gorlovka already speak their weighty word. People who were removed from peacefully there seize the buildings of regional state administrations, procuratorates and the SBU, demanding that referendums be held in which they themselves would have the right to determine their own destiny. And the candidate for the "presidency" of Ukraine, the "oligarch" Tymoshenko already requires weapons by peaceful citizens ...