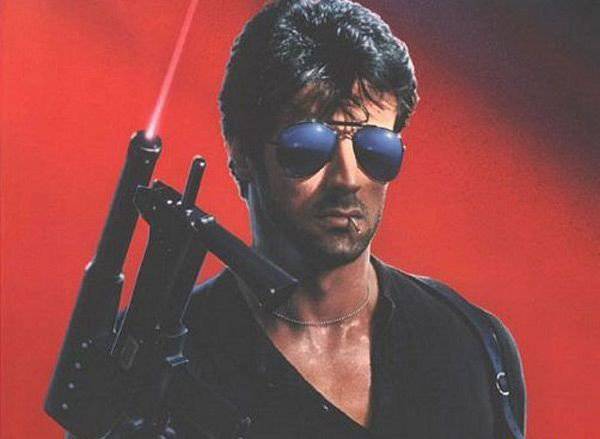 The fact is that Jatimatic was used as a prop for the filming of “Word of a Policeman” / “Parole de flic” 1985 with Alain Delon as police officer Daniel Pratt and Cobra / “Cobra” 1986 with Sylvester Stallone in the role of Lieutenant Marion Cobretti.

And in Jatimatic software, for 20 years before the advent of KRISS, a semi-free-shutter system was used, which guided the recoil-driven shutter group down at an angle.

Interesting? Then let me introduce: our guest came from the north, from the harsh Finland ... Hot Finnish guy - a Jatimatic submachine gun!

With the existing variety of world-famous samples of small weaponsOn the pages of weapon encyclopedias and reference books that have spread across the planet in multimillion copies, there is also a place for simply interesting structures that have left their mark on the armory stories XX century. These systems include the Finnish submachine gun Jatimatic (Yatimatic / GG-95 PDW). 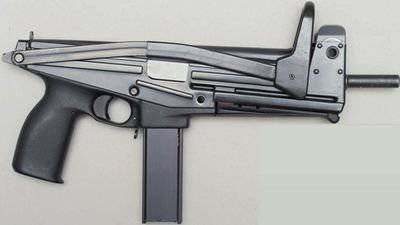 Information on this sample, which can be found in reference books, is quite stingy. In 1978, the Finnish designer Yati Timara (Jati Timara) conceived the development of a modern submachine gun (PP) caliber 9x19, which, in his plan, first of all was to replace the outdated in all respects PP Suomi arr. 1931

JaTiMatic (contains an abbreviation of designer in the title) was produced by Tampeeren Asepaja Oy from 1980 to 1987 (production was stopped due to problems with the police). In 1983, the year was shown at an exhibition in Paris. In 1995, by the Finnish company Oy Golden Gun ltd. The production of this submachine gun under the designation GG-95 SMG PDW was resumed.

Ideologically, the novelty could be of interest to both the army and the police and special forces, however, as often happens, the creator’s intentions alone were not enough for a successful weapon.

Due to the fact that Jatimatic is in the collection of the Military Historical Museum of Artillery, engineering troops and communications troops in St. Petersburg, we have the opportunity not only to talk about the peculiarities of its design, but to look inside this “original”. 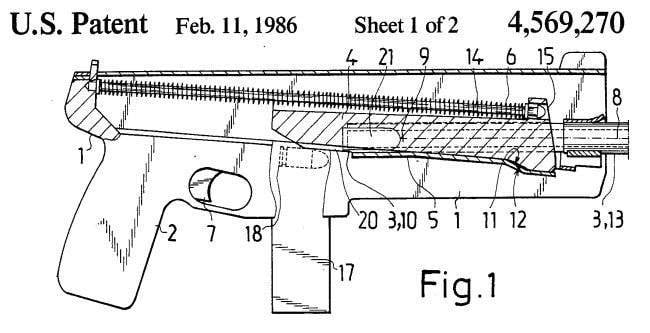 How did Jatimatic differ from most “classmates” in 80's? The most important thing: the shutter of the PP in the process of shooting moves not coaxially with the barrel bore, but at a small angle in the vertical plane (back-up during rollback and forward-down when rolling), which provides some compensation for the torque when firing, forcing the muzzle to “leave” part of the weapon up. In addition, the "inclined" shutter allowed the fire control knob to be raised so that its base turned out to be practically on the line of the axis of the bore. This arrangement should further reduce the tossing of the trunk, especially when firing bursts.

The picture clearly shows the misalignment of the mutual position of the bolt and the barrel, as well as how much the bolt attaches to the barrel.

The need for special measures aimed at improving the controllability of weapons in the case of the Yatimatik was primarily due to its lightness (1,65 kg without cartridges) and compactness: the first versions of the PP did not have butt. However, in the future, the butt appeared, because the above features still did not ensure the proper stability of the weapon when shooting. 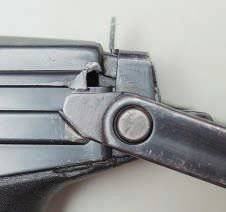 Fixing the butt in the fighting position is rather flimsy: it rests against the thin edges of the receiver cover.

To reduce the overall length of the PP, the shutter in the closed position runs on the trunk (by analogy with the Uzi) by about three-quarters of the length. Shooting is carried out from the rear sear (from the open shutter), and a very simple USM design ensures firing both in single and in automatic modes without additional switches. For a single shot, the trigger burns to the “step”, and after overcoming it, with the trigger fully pressed, the sear turns on the axis even further and no longer intercepts the bolt when it rolls back - PP fires in automatic mode.

Dual-mode trigger is very simple in design, many of its parts are made of plastic. Next to the lamellar spring of complex shape is a part that brakes the bolt at the end of its movement back.

Barrel "Yatimatika" freely separated from the body of the PP with the open cover of the receiver, which simply clamps it when closing.
From axial displacement, the barrel is blocked by two annular projections, between which the counterpart of the receiver is located.

For cleaning, the larvae is easily separated from the bolt and held by a special tooth of a stamped ejector. Arrows indicate annular projections, ensuring the immobility of the trunk in the axial direction. To prevent radial displacement on the protrusions, segmental cuts are provided.

The mechanism of cocking the shutter and protection from an accidental shot is interesting. When shooting, the Yatimatik is held by the fire control grip and the front grip, which is brought into a firing position. This grip in the stowed position folds and locks the bolt (if it is cocked) with a special protrusion, acting as a fuse. She also cocks the bolt, moving along the guides of the receiver back. After cocking, the handle must be moved to the extreme forward position, because otherwise, when fired, the bolt moving forward will hit it. 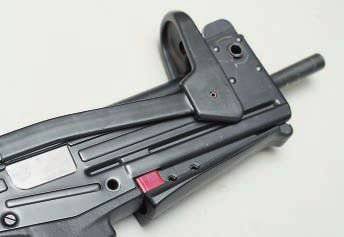 With a fully folded front handle, a special projection blocks the cocked shutter. With a visible red mark, the fuse is off. 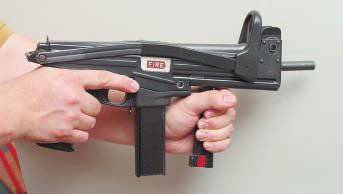 For cocking the shutter, the front handle must be pulled back to the stop and returned to the extreme forward position.

By the way, the proximity of the front handle to the muzzle of the barrel makes it difficult to shoot the PP from behind the cover.

“Yatimatic” could be equipped with 20 and 40 cartridges with a capacity of cartridges made of aluminum trapezoid shape. I must say that they look rather flimsy in appearance, and are clearly unsuitable for combat exploitation. 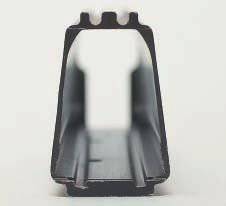 The Yatimatika shop is made of a trapezoidal aluminum profile.

The sighting devices PP consist of a front sight and a simple diopter unregulated rear sight, made integral with the latch of the receiver cover. The rear swivel is integrated with the latch, and the front one is riveted to the front cover. 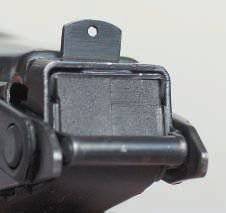 On the latch of the receiver cover are diopter and rear swivel. 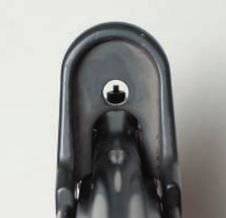 To ensure the possibility of aiming with the butt folded, a special opening is provided in its backplate.

In general, the design "Yatimatika" simple and technological. It is widely used stamping of steel sheet and plastic casting.
However, in terms of the totality of innovations and actually received fighting qualities, this PP did not objectively have a chance to become a world-wide recognized model. 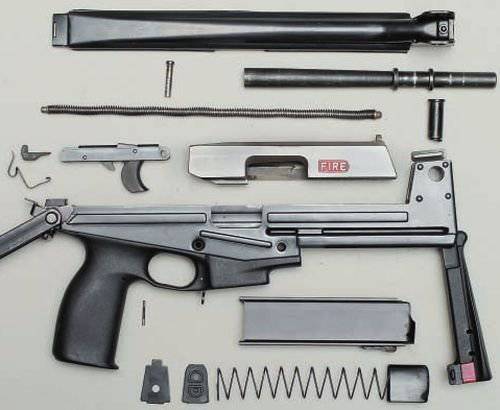 The fact is that Yati Timara, of course, was able to create a lightweight, compact and technologically advanced software, but he failed to surpass analogues in combination with the results of shooting in automatic mode. Not helped to fully solve the problem with insufficient stability "Yatimatika" nor "know-how", nor the emerging butt in the process of working out.

The impersonal words cited in some sources about the allegedly supernatural stability of “Yatimatika” during automatic shooting are nothing more than an empty sound and clumsy advertising, which is confirmed by practical shooting from “Yatimatics” in 80-years on the test site of GRAU MO “Rzhevka” and most the fate of the sample.

According to some information, Jatimatic was adopted by the Finnish army at the beginning of the 80-s, but only the fact of its limited use by the Finnish border guard can be attributed to verified information. The allegations that Jatimatic is currently being produced in Finland and China have no basis. The Chinese concern Norinco actually manufactured an unknown number of Yatimatics analogs in 90-s, but now it is not commercially available. 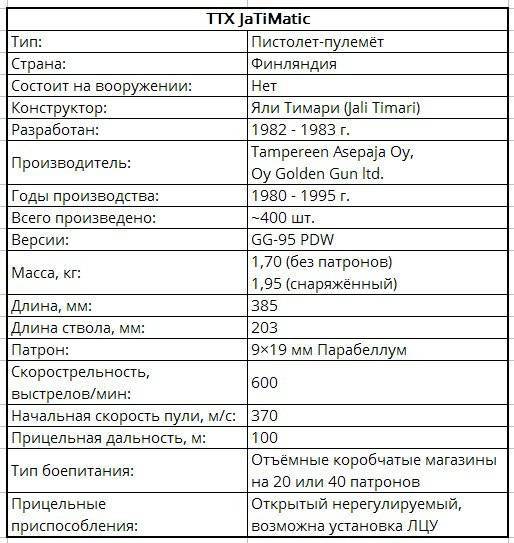 In the design of the article used images of samples stored in the Military-Historical Museum of artillery, engineering troops and communications troops in St. Petersburg. 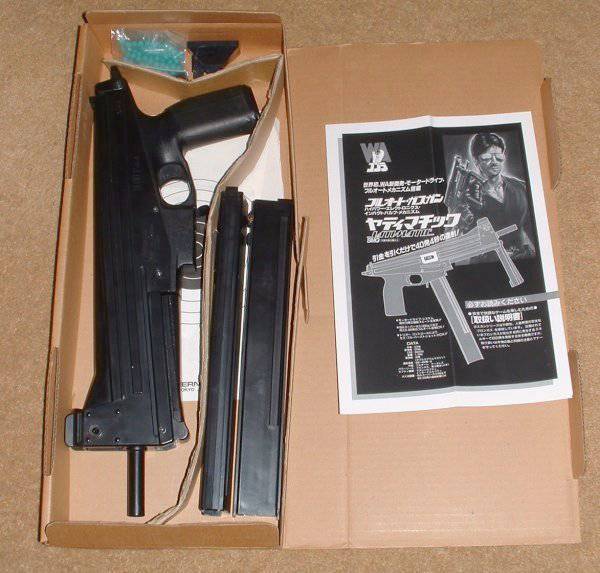 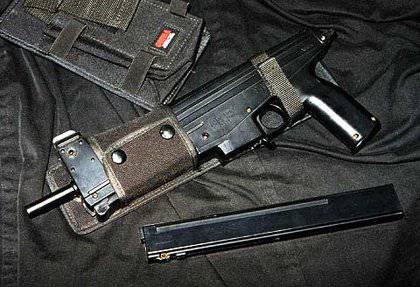 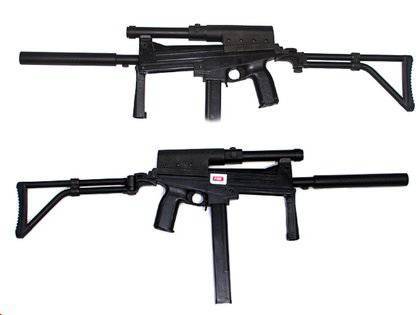 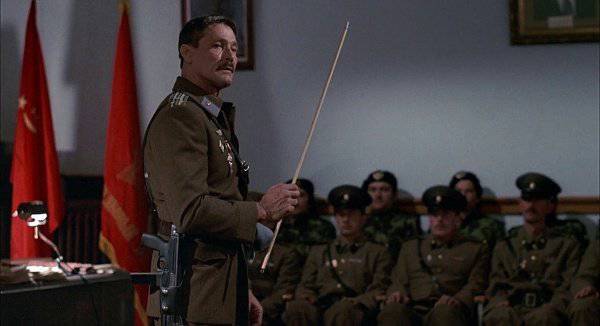 According to the scenario, Colonel Strelnikov was relied on by the Polish "manual machine for commandos" PM-63 RAK. In those years, he could not get it, so the colonel armed the PP, even remotely resembling PM-63. 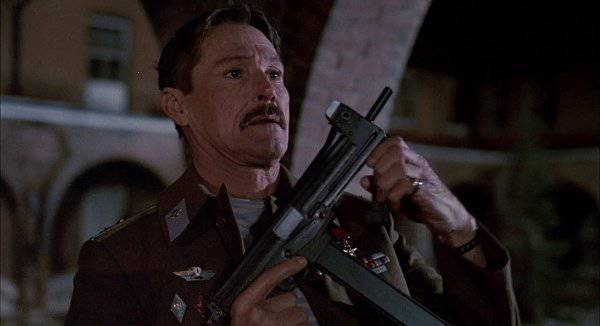 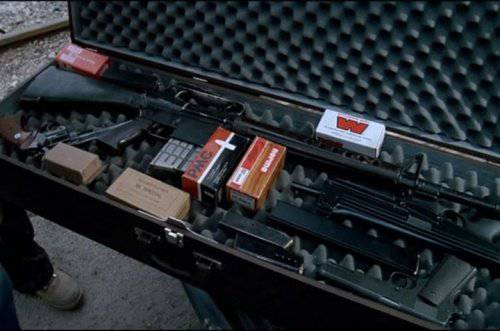 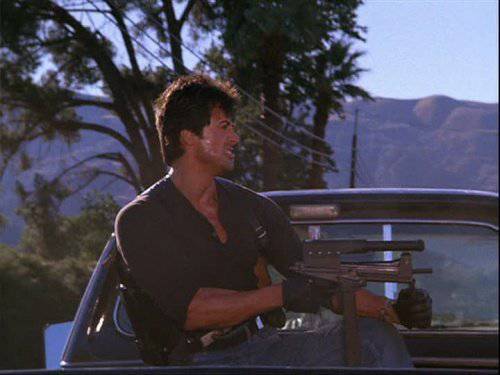 Here, I think, everything is clear: who as a child did not dream of being as cool as a Cobra, riding a “greyhound car” and “hitting” from such automation? True, from his arsenal we could only afford a match in our teeth. 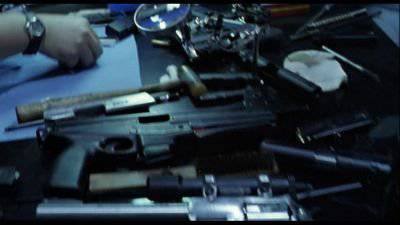 Jennifer Edwards before the start of the kidnapping story