How was formed the Ukrainian political nation. Eyewitness 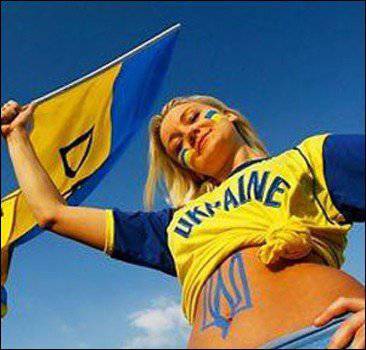 When I studied at the Russian-speaking Ukrainian school in the Southeast on 90, every September 1 and every “last bell” were accompanied by a quiet laugh (while listening to the Ukrainian hymn and raising the Ukrainian flag). To us, Russian-speaking boys, who grew up under the residual influence of Soviet cinema and culture, where they had their own fantasy, Soviet militants, and cartoons, the new “Ukrainian world” seemed provincial and even a little “rural”. Someone in the school row even cynically commented on it like this: “We are raising this rag again?” Then a boy came out in bloomers and a girl in Ukrainian ribbons and told Ukrainian verse to assembled Russian-speaking teachers, parents and classmates ... But today there is a whole generation that grew up us, which 24 uses Russian a day, but very sensitive to the anthem of Ukraine, to state symbolism and stories. Why?

Up to the 2004 year in the political life of Ukraine, “zapadentsy”, including old men and babies, were quietly “smoked on the sidelines” according to percent of the vote. The southeast itself decided who would be president and who would be in charge of everything in the country. This, of course, Dnipropetrovsk and Donetsk. Kravchuk became the first president only because he did not want Chernovol-Westerner. Kuchma - because the “red director” was in favor of the “Russian language” only in words. Remember how in the elections in 1999, Simonenko and Vitrenko had more votes than Kuchma! But with the help of intrigue, a split of the left front and a grenade RGD-5, Kuchma again became president! And in 2004, the West of Ukraine has already awakened, and not because it has suddenly become more, but because the first harvest of Svidomo among Russian-speaking people has ripened. But why?! How is it possible that in a country where, for 23 of the year of independence, not a single children's film and cartoon was shot, where the maximum 1-2 film was shot, is there a whole galaxy of patriotic generation “1986 +”? Has such a miracle been performed only by one Trojan horse in the form of a Russian-language history textbook of Ukraine? Let's see ... 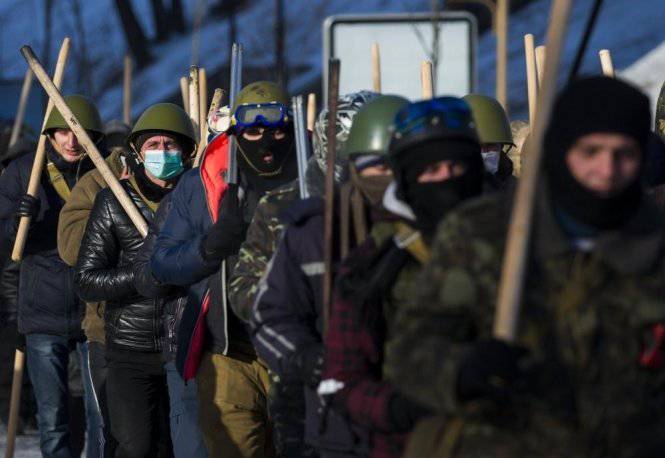 Before 1994-1995, some Russian TV channels in Ukraine were in free analog broadcasting. Then came the restrictions ... Since in those years, the concept of “satellite TV” meant luxury, and “cable TV” meant showing films by cable, the Russian-speaking Ukrainian or ethnic Russian a priori could not form their own information playlist. Since 95, Ukrainian TV has been moving away from the “farmer’s format”. Despite the shutdown of Russian TV channels, Russian TV content is present in some Ukrainian channels in the form of a telecast package. Therefore, all the attempts and the first steps of the Ukrainian TV were failures, the Russian-speaking viewer watched “Field of Miracles”, “Look”, “Guess the Melody”, etc., more. Creative and Western novelty comes faster and better from Moscow, even if it is liberal, but Russian-speaking and Russian. But since 1997-1998, the Ukrainian media space has exploded with such Ukrainian-language products as 1 + 1 and ICTV. These channels are an order of magnitude different from the state-owned Ukrainian-speaking channels UT-1 and UT-2, where they only talked about the amazing flora of Ukraine and the verses of Shevchenko. It turns out that Ukrainians can produce cool television programs in the style of the West. It turns out that the guys who broadcast in Ukrainian also love breaks, parties and all kinds of shows. Separate attention deserves the TV channel «ICTV», which turns relatively new American films with Ukrainian translation. And all this against the background of the absence of Russian television channels and films, not counting the pirate Russian-language mono voices. Prior to the wide penetration of satellite TV, classic cable and the Internet, which could have stopped the first wave of Ukrainization and formed a free information choice, 5-8 remained for years depending on the region. And that was enough. As a result, the first idols and favorite programs appear ... 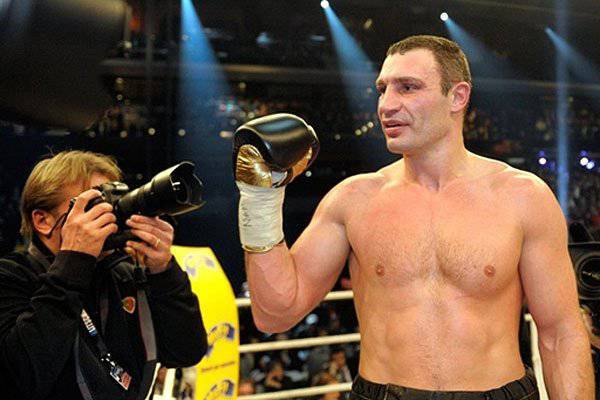 There are three athletes who contributed to the formation of the political nation of Ukraine from Lviv to Donetsk - these are the Klitschko brothers and Andriy Shevchenko. And it does not matter that they were products of the Soviet cult of sport and sports movement. There are facts - “Golden Ball” and championship belts. All three athletes are Russian-speaking Ukrainians, to whom the totalitarian USSR gave a free start to life. I recall the Klitschko brothers before 2004. Yes, they were real Russian men. Remember the words of brother Vladimir Klitschko to his brother Vitaly during the break between rounds with Lewis! Vladimir said: “He (Lewis) is also podzai ..., hush!” A classic strong Russian expression! And then what? Won glamor and liberalism, began shooting in gay magazines and liberal-national policy. Vitalik's demonstrative transition to the Ukrainian language. As for football, he made a significant contribution to the spike of space from Lviv to Donetsk. This was facilitated by the oligarchs who pumped the championship with money, brought professionalism, and, as a result, European football giants began to come to Ukraine more often, victories and pride appeared. Bad - nothing! But it was already binding to the new society. And the match between Russia and Ukraine 1999 with the participation of A. Shevchenko and goalkeeper Filimonov from the Russian Federation was the moment that helped consolidate the thesis that Ukraine is not Russia.

Even Russian-speaking Ukrainian performers contributed to the separation of the great Russian superethnos. Tusovki basically held in Kiev. Since 2000-ies, radio and television broadcasts have been saturated with Ukrainian-language performers, despite weak payback and demand. Bright and expensive clips, and most importantly, creative. The group "Ocean Elzy" with its youth and creative clip in the fridge is taking the stage. And then the whole locomotive: Ani Lorak, Ruslana, TMK, Scriabin, Tartak, etc. 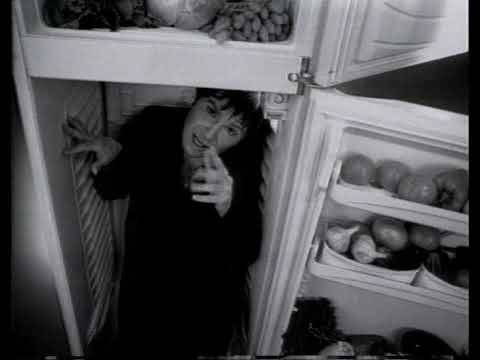 This is one of the main factors of the impossibility of restoring the "Russian World" on the principle of "bottom" in 90-x. They frightened Chechnya, starting from distributing video cassettes with bullying Russian soldiers, ending with school bars, where an excellent girl in Russian said something like this: “Thank you Ukraine for its peaceful sky, and for the fact that we don’t have our Chechnya.” Ukraine, like Russia in 90, was very difficult, but the factor of the two Chechen wars and the thesis that Ukrainian guys would shed blood in Chechnya in the case of integration processes with the Russian Federation was actively fueled by the media right up to 2005.

Ukrainian politics is an illusion of democracy. In fact, it is permissiveness. Since 2004, the Ukrainian society has been in a drunken stupor from liberalism and creative politics. It believed that society was advanced and politically savvy, in contrast to Lapotnaya Russia, where the command-administrative system did not allow Russians to live in peace, that is, restored factories and the military-industrial complex after the Yeltsin liberal era and the oligarchy. Just think, factories and airplanes, think about the revival of the Russian army, but in Ukraine you can publicly have sex near the parliament in front of journalists and throw mud at the authorities on the air. Guests of political shows are, as a rule, not experts, but politicians and populists. This is Russia's destiny - silently stamping laws and reforms, and in Ukraine there are fights in the Verkhovna Rada, and it is always beautiful. Probably fighting for people's interests? Thanks to the endless chatter on the box, even the grandmothers of Ukraine already in the kitchens operate with such terms and concepts as “civil society” and “legal culture”. Here are just another Maidan, and the country will begin to carry out reforms following the example of Poland 1994 year. And this “just now” is already waiting for 10 for years since the time of total activization of civil society organizations that exist for Western grants and “teach” Ukrainians at seminars on political discussion and literacy. I envy the Russians, who have a TV channel "Star", which is devoted entirely to the army (similar to the TV channel "Pentagon" in the United States). There are such interesting programs and TV shows in Russia, like “Vesti. Mechanical Engineering "in which they talk about new plants and forms of production. And in Ukraine only plots, as a deputy Lyashko walks with forks in cabinets ... 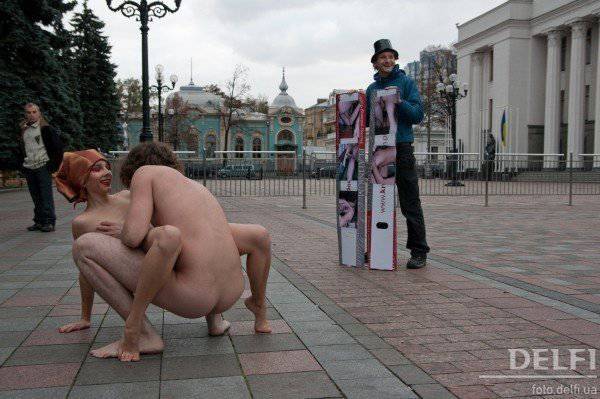 Yushchenko made a breakthrough in the Ukrainianization of the consciousness of the Russian-speaking population. Do not be confused by the external gloss of politics, namely its complete failure. His main achievement is 5 years of successful humanitarian policy in education. This ended with a compromising historical tale about the "bad" and "good" Bandera, where some fought with the Germans and the Soviets, and other evil Bandera only against the Soviets and together with the Germans, for example, the SS division "Galicia". From now on, all Bandera are heroes, and the Soviets are invaders. It was under Yushchenko’s first time that football fans of the Russian-speaking cities of Ukraine began shouting UPA chants: “Glory to the nation! “Death to the enemies!” It was at the end of his reign that the official current and phenomenon appeared - the “Russian-speaking Bandera”, in which even ethnic Russians are and are proud of it. It was with him that the expression appeared: “Though I am Russian, but if Russia comes here ...” It was with him that the fashion for “embroidered clothes” appeared. It is difficult and embarrassing to realize that such a spineless politician like Yushchenko broke the political backbone of the arc: Odessa - Donetsk - Kharkov. Of course, this is not his merit, but the team that was behind him in the shadow ...

Yanukovych is the grave of the “Russian World” in Ukraine. There is nothing more to say. Everyone and everything is clear.

First of all, it is necessary to recognize the fact that the Russian-speaking South-East of Ukraine is already heterogeneous and different. Approximately 40% of Russian speakers, with the exception of Donbass (Lugansk and Donetsk regions), where Russian supporters up to 70%, are sympathetic to the Kiev junta. No need to harbor illusions. In Ukraine, there are a huge number of Russian-speaking people who identify themselves not just as Ukrainians, but as patriots. Separate attention deserve the Russian-speaking consumers, who are all "on the drum." In previous publications, we figured out that Russian self-awareness in spirit is correlated with the industrialization of the region. For example, in the 2004 elections of the year in the resort and entrepreneurial city of Berdyansk, Zaporozhye region, where 95% communicate in Russian, 22,5% of the population voted for Yushchenko. And in Mariupol, which is from Berdyansk in 75 km and where 95% of the population also speak Russian, Yushchenko gave only 4% of votes. And how many years have passed since then? For those for whom this discovery, I recommend the publication: "Who are they, Russian-speaking Bandera in Ukraine !?", "Dnepropetrovsk is no longer a Russian city" and "How to cure Russian-speaking Bandera in Ukraine?".
After realizing and accepting such a reality and such facts, official Russia and its society should find approaches to keep Ukraine from slipping into nationalism and into the sphere of influence of NATO.

Ctrl Enter
Noticed oshЫbku Highlight text and press. Ctrl + Enter
We are
Be sure to watch: folk cinema "28 Panfilov" show Russia the feat of its heroes
Military Reviewin Yandex News
Military Reviewin Google News
95 comments
Information
Dear reader, to leave comments on the publication, you must sign in.