These uncomfortable neo-Nazis of Ukraine 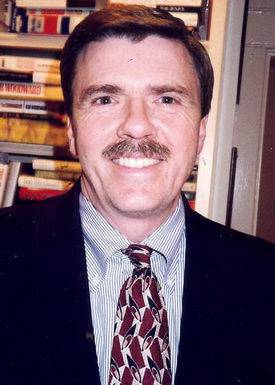 The author is ROBERT PERRY, the legendary veteran of American investigative journalism.


The American media is covering the Ukrainian crisis in this vein: this is the “democratic revolution” that displaced President Viktor Yanukovych, and its result was the “legitimate” change of government. That is why any mention of the key role played by neo-Nazis during the coup, as well as the democratic election of Yanukovych (and his unlawful removal from power) is immediately dismissed as “Russian propaganda.”

However, the Ukrainian neo-Nazis are not at all urban legend. Their presence is real, especially when they roam in paramilitary equipment through the streets of Kiev, displaying Nazi symbols, honoring SS accomplices during the Second World War, and waving racist banners, including the symbol of white power, the flag of the Confederation.

In the last days of March, neo-Nazis resurfaced in the vanguard of the Ukrainian turmoil thanks to fierce protests against the murder of one of their leaders, Alexander Muzychko, known as Sashko Bely. The Ministry of Internal Affairs reported that Muzychko died during a night skirmish with the police in the western Ukrainian city of Rivne.

However, the far-right militants claim that Muzychko was eliminated by a cold-blooded mercenary. These modern attack aircraft threatened to take the parliament building by storm if their demand for resignation of the acting president was not met. Minister of the Interior.

This renewed unrest is making it difficult for major American media outlets, because it does not fit into the sweet-voiced style favored by the makers of American politics. Editors of the New York Times, Washington Post and other leading news publications worked hard to cover up the well-known fact that the coup d'etat on February 22 was led by neo-Nazi militants.

For the sake of denying such an inconvenient truth, the leading US media are emphasizing that extremist activists constitute only a minority of demonstrators. Despite the fact that this statement is indeed true, it is completely irrelevant, since it was the Right Sector that provided the armed forces that overthrew Yanukovych and then dominated during the transition period, establishing control over key government institutions. As a reward, the ultra-right parties gained control of the 4 ministries.

Some US media have begun to unwind the unwarranted version of the US government that Russia is sending some "provocateurs without distinctive signs" to Kiev to destabilize the activities of the conspiratorial regime. Nevertheless, it was clear to everyone - in fact, Moscow doesn’t need to do anything special: it only needs to stand aside and watch how the uncontrollable supporters of the provisional government deal with each other.

But in the American reports about Ukraine, there is no longer a place for reality, since the American press “adapts” this reality so that it fully corresponds to what is desired. For example, the New York Times newspaper simply removed the fact that among 80 (or more) there were more than a dozen police officers among the victims. The newspaper just wrote that the police shot and killed about 80 demonstrators.

In full accordance with the emasculated report, this publication also completely ignored evidence that snipers apparently fired at police and protesters, and the very idea of ​​a coup could benefit only the opposition, not the Yanukovych government. Judging by the interception of telephone conversations, two European leaders shared their suspicions on this topic. Separate curiosity is a remarkable decision of the interim government to refuse to ascertain the identities of these snipers.

But most importantly, the leading US media diligently tried to keep silent about the role of neo-Nazis. This is noticeable in the Times report on Vladimir Putin’s Friday call to President Obama to discuss possible steps to de-escalate the crisis. Putin then drew attention to the fact that the Nazis took the parliament under siege.

“With a link to the actions of extremists, Mr Putin tried to gain political dividends on a tough domestic confrontation in Kiev,” wrote Times. “The presence of armed masked demonstrators threatening to take parliament by storm provided the Russian government with the opportunity to continue to argue that the removal of President Viktor Yanukovich, an ally of Moscow, as a result of pro-European protests was an unlawful coup d'etat carried out by right-wing extremists with the support of the West.”

But the Times editors simply could not leave these facts without comment, although they were true: the extreme right-wing extremists really became the main driving force in seizing the February 22 government buildings. There is no doubt that these right-wing elements enjoyed the support of the West, including thanks to the presence of Senator John McCain in Kiev.

The newspaper was forced to introduce a counter-argument to the report, saying: “In fact, nationalist groups, mainly based in western Ukraine, formed only one of the segments of a broad coalition of protesters who spent months on the streets of Kiev and demanded the expulsion of Yanukovich.”

And in this vein, supposedly objective American news media are preparing their materials. And if the Russians say something - even if the obvious truth - it is necessary to respond with counter-arguments. At the same time, if one of the American officials speaks about the Ukrainian crisis, his words - regardless of the degree of their absurdity - are presented as an indisputable truth.

Need an example? When Secretary of State John Kerry condemned Putin’s invasion of the Crimea, saying: “You cannot behave in the 21 century as it did in the 19 century when one country invaded the territory of another state for completely fabricated reasons”, leading media The United States simply quoted his words. For some reason, they did not pay attention to the fact that Kerry himself in 2002 had voted for issuing permission to President Bush to invade Iraq in order to search for a non-existent weapons mass destruction.

You may find that Kerry’s breathtaking hypocrisy is worthy of getting into the news feed, or at least a fact that should be noticed by readers, but it’s not. The New York Times newspaper already routinely distorts the essence of the process of separation of the Crimea from Ukraine. Thus, the Black Sea Peninsula - the original Russian territory, annexed to Ukraine only in Soviet times solely for administrative reasons - declared its independence only after the coup, which overthrew Yanukovych, for whom the overwhelming majority of the inhabitants of Crimea voted.

No one seriously questions the fact that the majority of Crimean citizens were eager to escape from the turmoil and difficulties that gripped Ukraine and to return to Russia, where the government functions normally, and the per capita income is higher. Nevertheless, the Obama administration and the American media loyal to it prefer to pretend that this is not the case.

On the New York Times novojaz, the Crimean referendum on secession from Ukraine and joining Russia is just a “seizure” of Crimea by Putin. Both this and other leading publications call the Crimean 16 referendum of March falsification - citing the fact that the result - 96% for secession is an obvious fraud - is not the name of any evidence of juggling the results of the expression of will.

And, really, who has the right to blame the inhabitants of the Crimea? As Acting Prime Minister Arseniy Yatsenyuk said, Ukraine “is on the verge of economic and financial bankruptcy,” and the IMF agreed to extend a financial lifebuoy only if Ukraine carries out “reforms” - Yatsenyuk admits, “extremely unpopular, extremely complex , extremely tough. "

They will be the toughest with respect to the average Ukrainians, who will have to face radical cuts in government spending, cuts in pensions, a sharp rise in heating tariffs and galloping inflation, triggered by currency fluctuations. According to forecasts, the cumulative effect of these “reforms” from the IMF will be the 3% reduction in the volumes of Ukraine, which is already in decline.

Yes, most of the leading American media completely ignore the understandable desire of the Crimeans to secede from the crashing Ukrainian state. On the contrary, they create the impression that Russia simply conquered Crimea, and now it is threatening to do the same with eastern Ukraine: in the Times, Putin is taking “provocative actions, manifested in the menacing accumulation of troops on the borders of Ukraine.”

The conclusion is that the US government, in cooperation with the media, has built a completely false version for domestic American consumption, for the sake of reaching an agreement on providing Ukraine with $ 1 billion, launching a new Cold War and justifying the steady inflation of the defense budget.

A more objective and less alarmist approach in covering events would demonstrate that Putin’s actions are mainly defensive in nature. His attention was diverted to the Winter Olympics in Sochi, and the cruel coup for the sake of Yanukovych’s dislocation took him by surprise.

Given Yanukovych’s victory in the democratic elections in 2010 and the February 21 agreement he gave him to hold extraordinary elections (this deal was made several hours before the coup, carried out with the support of the US and the EU), Russia has a legitimate reason to consider the regime of conspirators in Kiev illegitimate.

And if the New York Times and other leading American publications were engaged in journalism professionally, US citizens would have a more balanced and sensible understanding of what is happening in Ukraine (and why). And the New York Times and other news industry leaders once again acted as American propagandists - just as they did against Iraq in 2002 - 2003 - by resorting to the favorite method of juxtaposition along the “good guys / bad guys” line.

In the case of Ukraine, this banal opposition does not work again - this time thanks to the revival of these inconvenient neo-Nazis.

Ctrl Enter
Noticed oshЫbku Highlight text and press. Ctrl + Enter
We are
On the other side of the “red” and “white”. Izborsk Club ReportRussian revolution: the debunking of myths and nontrivial view
Military Reviewin Yandex News
Military Reviewin Google News
60 comments
Information
Dear reader, to leave comments on the publication, you must sign in.