Checkpoint number 13. Calling fire on myself! 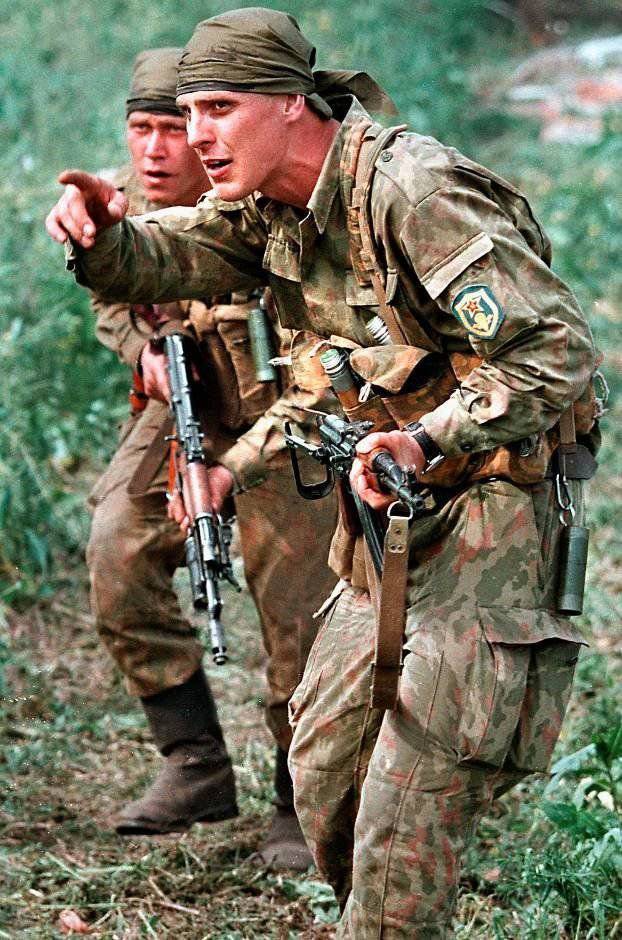 In his 24, he made a unique feat, not having a single chance to survive. Like the defenders of the famous Osovetskoy fortress (we wrote about this earlier). But still, the Golden Star of the Hero of Russia, the special forces soldier Sorokin received in the Kremlin personally. 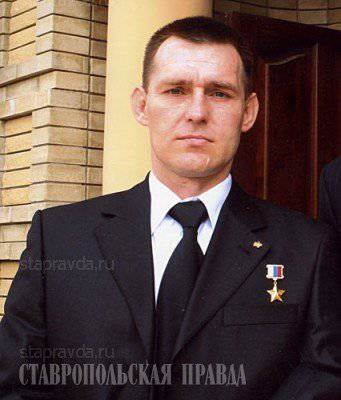 For nine days, the gangsters tried to “smoke out” the defenders of the checkpoint No. 13: persuasion to surrender, continuous shelling, storming and even suffocating gas ...

The 13th checkpoint in Grozny blocked the path along which reinforcements to bandits were to come from the mountains. Behind the concrete walls of the small shelter were the remains of the broken column of the Internal Troops: platoon on infantry fighting vehicles and crew tank, riot police and military personnel who survived local battles in the center of Grozny and retreated here, wounded scouts. In total more than thirty people. Food and medicine are almost over. It was not possible to deliver food, dressings and medicines by air - the militants, taking advantage of the fact that air transport was at low altitude, forced him to turn around with powerful machine-gun fire. But there was at least ammunition!

The gangsters several times tried to negotiate with the defenders of the roadblock. According to Sorokin, among the parliamentarians, there was even one famous field commander who introduced himself as the chief of artillery of the Ichkerian troops. By the “artilleryman” of the then-living commander of the checkpoint, the fighters were carried out on a cloak, as his leg was shattered. The conversation did not work out, and the special forces refused to leave.
In desperation, the militants even attempted to “smoke out” the fighters with phosgene - a suffocating gas, which was used as early as World War II as a chemical poisonous substance.

“I saw that the air somehow unnaturally shimmers in the sun,” recalls Yuri Valerievich. - I shouted to the guys to wet the soldiers' kerchiefs and put them to the nose - maybe we can hold out longer. But, fortunately, the weather was on our side - the wind soon changed, and the gas "chose" another direction.

All nine days, the defenders of the "fortress" No. 13 had not only to repel the attacks of the bandits, but also simply to survive. Fortunately, there was water - it was taken from a water supply system that had been pierced by a projectile, but the food ... 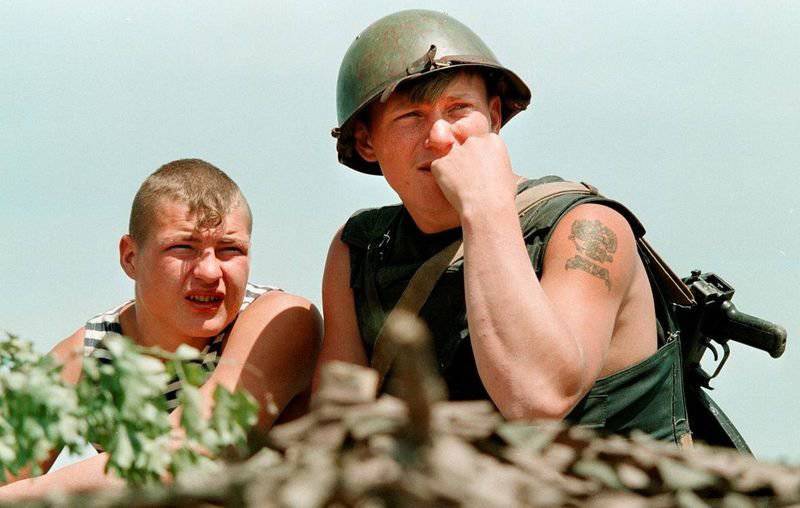 “From the“ whole ”at the checkpoint there were two sergeants,” says Sorokin. “But both are contused and therefore deaf.” I somehow explained to them by signs where to get the products. At night, they went to the cottages in a suburban village and brought out pickles, preserves, and sheets, which we used as a dressing material.

Practically all the servicemen had their wounds festered, and one soldier even had to chop off his hand - gangrene began. The scouts caught the "language" of the local, seized his documents and forced him to get a bottle of vodka. Yuri poured a glass of “fiery water” into the wounded man, doused his demining blade on the fire, and the paramedic on the stump, instead of the operating table, cut off the boy’s shoulder arm. Later, Sorokin met with the soldier in the hospital, and he thanked the commander for not letting his comrades die. 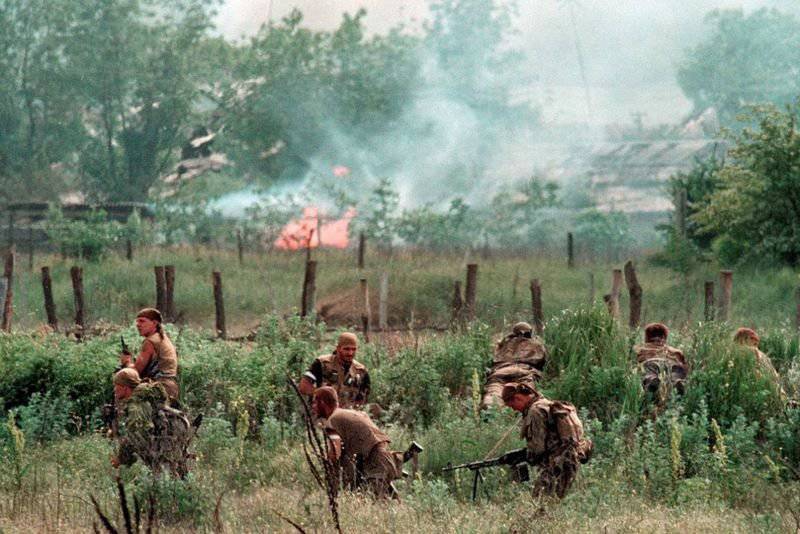 On the morning of the ninth day of the siege, the defenders of the CPT decided to counterattack.

“The fighters went, and I crawled behind them and took the fight by the radio,” says Yury Valerievich. - However, at some point I realized that we were about to get bogged down in this battle, and gave the order to retreat, otherwise we would be killed.

Sorokin did not have time to leave with the rest. The gangsters shouted to him: “Give up!”, Realizing that the special forces had run out of ammunition. “But to hell with you!”, Made an indecent gesture in the direction of the enemy Yuri. After waiting for the gates of the small “fortress” to close behind the fighters, he, lying on the dusty pavement sheathed by shells, called for fire.

The commander of the artillery battalion of the 101 Special Ossetian Brigade, Vazha, somehow deafly and guiltily said on the radio: “Well, goodbye, brother!”. - "Farewell, farewell!", - Sorokin answered him. After a moment, our artillery with all the force fell on this shred of city street, almost burying the checkpoint itself under the ground and asphalt fragments.

“And now it’s very scary, until now the goosebumps are running around, as I recall,” Yury Valerievich confesses. “Everything started up beneath me, and I lost consciousness.” When I came to, I felt as if something was sticking in my head. I touched - a splinter! I pulled it out and chopped off again. Lain all day. There is a constant hum in the ears - and not a single sound. Late in the evening, those two deaf sergeants got out of the checkpoint to pick up my body. After all, no one could even think that I would live! 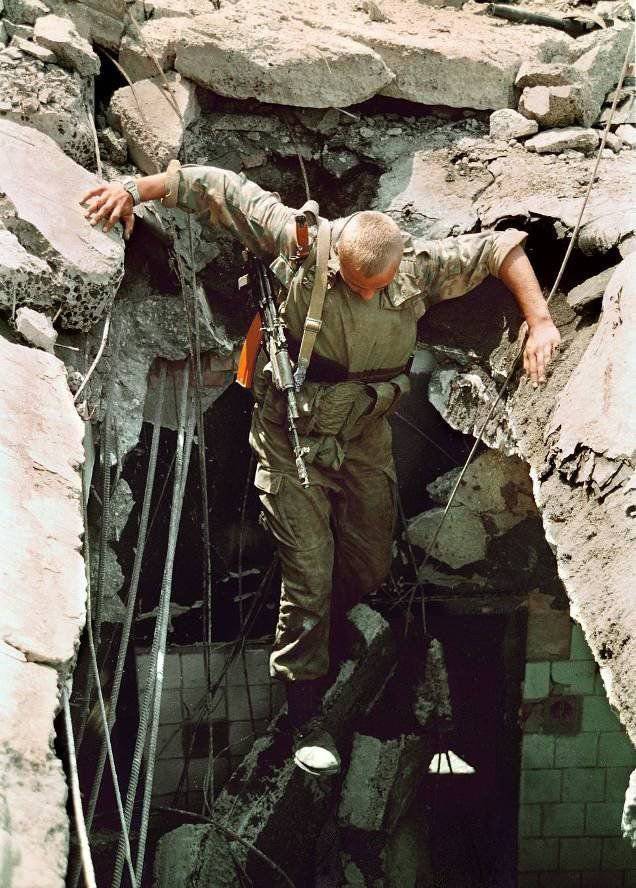 ... Now Sorokin is laughing - after all, he, the defender of the 13-th checkpoint, was discharged from the 13 hospital in November 1996, was driving home in the 13 car, and he also got a place in 13. And although Yuri Valerievich does not believe in prejudices, he still does not exclude that later his numerous wounds were somehow connected with the devil's dozen. By the way, a serious wound of the left hand, received in one of the secret special operations in 2002, and tormenting him so far, probably from the same “opera”.

PS In March, 2003 of the year, having met on the threshold of a father who had returned from Moscow, whose Gold Star glittered on his chest, the five-year-old Vladislav looked at the award for a long time and carefully, and then flatly said: "I will have two of those!".
[media = http: // http: //www.youtube.com/watch? v = EBMAZvZefqk]