How benzopyrene in Latvian sprats leads to Russophobia 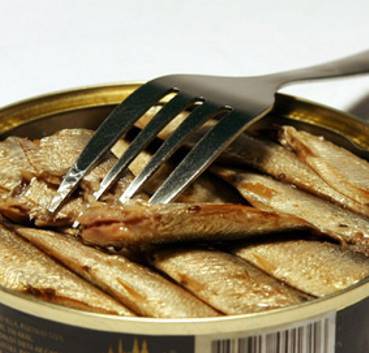 Do you know, dear readers, that unites the figures of Latvian culture, journalism and science listed just below: Maris Bischofs, Banyuta Rubes, Paula Bankovskis, Andra Neuburg, Aivars Slucis (currently actively developing the US), Atis Klimovich and even more 390 personalities ? Perhaps someone will say that these people, based on their professional affiliation, are united in the desire to leave a cultural and scientific contribution to the development of Latvia, to the well-being of this Baltic state. But no!


These people, who were extremely concerned that the Latvian leadership was not eager to impose sanctions against the Russian Federation, decided to write a letter to their president with the demand expressed in that letter to Andris Berzins to leave his post.

We demand that President Berzins and members of parliament be clear, unambiguous and clear for the general public to state their position. Moreover, not only about the events in Ukraine and in its legal part, the autonomous republic of Crimea, which is the motherland and the only home for the Crimean Tatars, but also to events in the Kremlin - a model of authoritarianism and dictatorship. We urge President Berzins and the Latvian Parliament to acquaint Latvian society with a plan of action in case plans for the restoration of the Russian Empire, about which Vladimir Putin and the people close to him openly speak, will not be limited only to Ukraine.
“Dictatorship”, “restoration of the Russian empire”, “Putin speaks openly” ... What is this? Apparently, it was not in vain that the Russian sanitary inspectors at one time so advocated a ban on the Latvian canned product “Sprats in oil” due to the high content of benzopyrene in it, which causes mutagenic effects on the human body. If we consider how much the sprats product ate all these 400 artists, journalism and science combined, it becomes really scary for their health - the mutations in this case are not at all reversible, and therefore persistent hallucinations and intrusive ideas begin to show themselves.

As evidence that large amounts of mutagenic substances have accumulated in the bodies of artists and other Latvian spheres, one of the “preoccupations” expressed by them can be cited. Figures are outraged that “some” Russian performers annually participate in the “New Wave”, held in Jurmala ... They say that Russians should not be allowed into the “Dzintari” hall, which does not have walls ... Apparently, the gentlemen are not aware that good a quarter of real estate in the same Jurmala has long been acquired by Russian citizens.

The Latvian President, having received such a letter, fell into deep thought about how he, also associated with the use of benzopyrene, responded to such an appeal "color of the nation." And whether Berzins uses Latvian sprats in smaller quantities than, for example, Bischofs or Rubes, but he did not express his desire to resign. Last week, the office of the Latvian president distributed information that Berzins takes into account the opinion of the people and is ready to talk with the people on an equal footing, but for today he sees no reason to resign.

Much hype around the "resignation" of Berzins erupted after the "cultural Latvians" learned that the invitation of the Latvian authorities for the official visit to Latvia of Russian President Vladimir Putin is in force. It was then that the said phrases about dictatorship, the restoration of the empire and other painful words fell down. Apparently, the ladies and gentlemen who signed the appeal to the President of Latvia made pants of the mere thought that Putin in Latvia could meet with ethnic Russians, whose percentage is about 27% of the total population of the country. And then something unkind about the referendum will hint, apparently flashed through the mind of the gentleman, who decided to urgently write an open letter to the Latvian president.

Andris Berzins answered all the accusations about the invitation to Vladimir Putin in Latvia with a purely Latvian specificity: they say, it’s not me who invited Putin to Latvia, but my predecessor Zadlers (this is what the edition writes Delphi ). The presidential office seemed to be in favor of the fact that the visit of the Russian leader, no matter how it came out, should be canceled, but for now the official Riga is in thought.

Anti-Russian hysteria in the three Baltic "sisters" begins to gain incredible momentum. The authorities, who until recently were still trying to explain military maneuvers with other armies of NATO countries to some Iranian threat, today have stopped fooling around and already openly declare that, if necessary, they are ready to resist "Russian aggression." Apparently, a referendum on the Crimean peninsula had such a strong effect on Riga, Tallinn and Vilnius that now there is a special “interest” for every Russian in the Baltic States - suddenly the Russian tricolor will post on the administration building - they will not understand European partners for sure. That is why the typical Baltic saga is about to call on NATO “friends” to increase their presence in Estonia, Latvia and Lithuania. It is possible to attach a “every fireman” to every ethnic Russian according to the NATO soldier, so that the idea of ​​holding a Baltic referendum does not arise ...

However, not all representatives of the Baltic authorities ardently support the idea that the foreign NATO presence in the region should be increased. For example, the head of the city Ventspils (Latvia), Aivars Lembergs, warns Riga that in 1940, the Latvian authorities themselves allowed a foreign army to enter the country, and then other authorities announced that Latvia had occupied the USSR. Lembergs is confident that today's official Riga, in fact, does the same thing that the then Latvian leader Karlis Ulmanis did in 1940. Only Ulmanis called the Soviet troops friendly, and the current leadership calls NATO troops friends. In this regard, Lembergs declares that if the number of NATO troops from among the armies of foreign states in Latvia grows in the near future, this will be a typical occupation ...

Andris Lembergs quotes news agency"RIA News":
If NATO troops are brought into Latvia, it will become a potential battlefield between the US and Russia, which threatens the country's economic, social interests and security.

Lembergs is one of the few politicians in present-day Latvia who, apparently, is capable of a sober assessment of the situation, and rightly fears that the confrontation between the West and Russia will ultimately strike countries like Latvia, which are tightly linked to the Russian economy (Ventspils port alone has a considerable income from working with Russian cargo, but today it is experiencing difficulties from the emergence of a new Russian port in the Leningrad region after the demarches of Latvia regarding the Russian Federation).

It is gratifying that not all Balts were poisoned by benzapiren ...

Ctrl Enter
Noticed oshЫbku Highlight text and press. Ctrl + Enter
We are
Republic of the former USSR. Latvia: years without “occupiers”The Latvian President is avenging a referendum on the status of the Russian language
Military Reviewin Yandex News
Military Reviewin Google News
109 comments
Information
Dear reader, to leave comments on the publication, you must sign in.