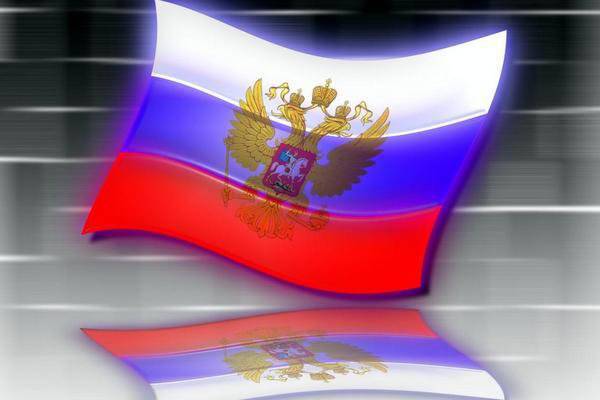 Many in Latvia and abroad are outraged by the "bias" and "tendentiousness" of Russians, especially state-run media, in their coverage of the Crimean events and the actions of Vladimir Putin as a whole.

The expression "Kremlin propaganda" just yesterday became a stamp. If this trend was created by people who completed the lobotomy course, they could be understood. But the campaign is being led by intellectuals, and therefore it is interesting to find out: why did they need it?

So, the essence of the claims is that the “Russian media” say the opposite of what their opponents believe is true. In this regard, it will be useful to remind: what is the meaning of the existence of the media as an institution? Only in two things: in creating profits and in defending the aggregate interests of a social group. When the media becomes, like one hundred percent juice, an agitator of the ideas of its owners or a militant leaflet of a political party, it first loses credibility, then quality, then advertising fees, then dies.

What social group is the Russian media protecting today? Do not believe - Russian! According to polls VTsIOM 62% of Russians trust the programs of Russian television, in other words, consider them to be their own. These figures are completely correlated with the rating of support for the President of Russia, which is ten percent higher. That only speaks about the well-known skepticism of the Russian society to state-run television channels. However, the nation as a whole more than trusts them. And before you answer the question "why?", Look at your garden.

Tell me: how often in the pages of Diena, Latvijas avze, the magazine Ir and other "Latvian" media do the opinions of the Russian part of Latvian society appear and reflect in a positive sense? Over the past 20 years, in my opinion, never. And the further, the less. The result is the well-known two communities of the country.

It is much easier for the Russian audience to know the opinion of their oppositionists than for the Latvians - the position of the Latvian Russians. Our eastern neighbors just go to the Internet or set up the transmitter on the "Echo of Moscow". Yes, and the TV channel "Rain" continues to broadcast. And where will the "poor Latvian" go for the opinion of his Russian neighbor, and vice versa? Therefore, many of the Latvian community today, after more than twenty years, are genuinely surprised that not only do Russians live in the country, they also have a different opinion from them.

It is surprising that at the same time no one in Latvia is outraged that at the southern tip of progressive Europe we have countries adjoining us, where women are stoned for adultery, for example, "very democratically". Moreover, former Interior Minister Madame Abu Meri, now a fiery fighter against "Kremlin propaganda" and Russia, from time to time tells us, the Latvians, about how liberal and correct the conservative Islamic way of life is.

I would venture to remind the former minister: in the Crimea, as far as I was informed, no one was beaten with stones, and there were no snipers in the “Maidan’s numbers” either. However, the lack of logic for a genuine Democrat has never been an obstacle. "... You are guilty only because I want to eat ..." - remarked once a Russian fabulist.

Lying about the strangulation of opposition media in the Russian Federation has become no less fashionable. Pay attention - die unprofitable. The notorious NTV Kiselev, who fled to Kiev, departed to Gazprom because of Gusinsky's credits and was forced to change the editorial policy due to low ratings. The same “Echo of Moscow”, remaining in the opposition camp, was profitable and did not change either its format or its convictions. And the Kremlin’s Gazprom, the “strangler of liberalism”, hasn’t bothered to fire Glavred Venediktov for many years.

So the only thing that really annoys Russophobes of all stripes is the relative solidity of Russian society. Where does she come from?

Today it is obvious to everyone that this is not about the Crimea, and not even about Ukraine. At stake is not the 15 billion-dollar IMF loan. This is nothing. Ukraine is waiting for the fate of Latvia. First, the enterprises will stop, and cheap imports will rush into the country. As a payment for the state debt, resources will be looted and in a new way privatized. And then, since there is no oil in Ukraine, as in Latvia, they will start exporting its main capital, the population, from the country. No money, no population - you are nobody.

Ukraine is not just a waiting room for Russia. This is part of the Russian soul. And Russia itself is at stake. For profit, the money and resources of which, in the end, are fighting modern russophobes. The fate of the nation, its culture, they are not interested. These are cynical people.

Those who do not understand this act as puppets, which is even more pitiful. Our compatriots behind Zilupe - both Mordovians, Tatars, Chechens, and the same Russians - in a surprising way, both at the leadership level and at the level of the common nation, realized this threat and try to resist it.

Ctrl Enter
Noticed oshЫbku Highlight text and press. Ctrl + Enter
We are
About Stalin and KhrushchevWhat you didn't want to know about England
Military Reviewin Yandex News
Military Reviewin Google News
50 comments
Information
Dear reader, to leave comments on the publication, you must sign in.