West hinders the condemnation of terrorists 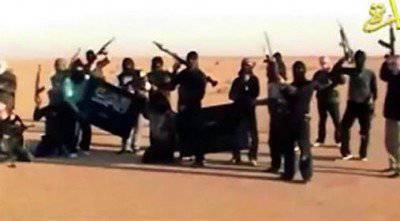 In Syria, terrorist attacks and shelling of cities and villages by militants of the so-called "opposition" continue. 2 on April was attacked by the city of Djaraman province of Damascus. 10 shells were fired by terrorists in the neighborhoods of At-Turba, Al-Homsi and An-Nasim and Al-Suf and Al-Baladiyah Squares. Among the fired objects are two hospitals - Ar-Radi and Al-Jarakhi. One person was killed, 10 was injured, huge material damage was caused.


In the city of Harasta, a terrorist sniper killed a civilian on the highway. As a result of mortar shelling of the same city, three citizens were injured. Damage to the hospital is one of the "favorite" objects for terrorist attacks.

In the city of Damascus in the area of ​​Al-Kebbas, a mortar shell damaged the Abdullah Ben Omar mosque. Its minaret is destroyed.

In the densely populated quarter Mezze-86, two mortar shells were fired. One shell hit a residential house, as a result of which a resident died, and great material damage was also caused. Another shell hit the school, one person was injured.

In Barz quarter, three shells exploded - near the power substation and near the Al-Abbas mosque. Three people suffered. Many areas of Damascus once again left without light.

In the province of Suwayda, gunmen shot at a funeral procession. Two citizens died, seven were injured.

April 3 again in the long-suffering Jaraman 4 projectile were fired by terrorists in the Al-Dukhaniy quarter. Six children died, another five citizens were injured. And in Harasta, three civilians were wounded by fragments of a bandit shell that hit Dahiyat Square.

In the city of Damascus, a shell hit a residential building near Al-Jahez Park, 5 people were injured. Two projectiles that exploded in Jamaric Square, injured two citizens.

In the province of Suweida, terrorists detonated bombs laid in a collector under a highway between the cities of Damascus and Suweida. Three people were injured, a road and several cars were damaged. After that, the sappers neutralized another 12 "hellish machines" not far from the same place.

Against the background of this tragic news, there is also joyful - in the province of Damascus, the Syrian army soldier managed to free the village of Mlekha from terrorists. Fighting continues for the suburb of Jobar, the city of Dooma, the villages of Marj Al-Sultan and Khan Ash-Shih, as well as the district of Wadi Ayn-Therma. Eliminated many gangsters. In the area around the Duma, the sappers defused 38 bombs laid by gangsters on the roads.

In the province of Homs in the village of Az-Zara, which was recently liberated by the army, a group of saboteurs attempted to attack the power station. All intruders were destroyed.

Meanwhile, preparations for the new phase of the Geneva Conference have begun in the international arena. According to UN Secretary-General Ban Ki-moon, the success of the talks requires the support of Russia and the United States. Moreover, the Secretary General called the new stage of negotiations not the third round of “Geneva-2”, but “the Conference“ Geneva-3 ”. “It is necessary to mobilize the political will of the international community. The Geneva-2 conference did not bring many perspectives, and we are hard at work on holding the Geneva-3 meeting, ”said Ban Ki-moon.

At the level of the UN Security Council, Russia proposed to condemn the actions of Syrian militants in the Armenian city of Kasab, located on the border between Syria and Turkey. Against the actions of terrorists and the Turkish government in the area, a wave of protests raged around the world, especially large ones were in Armenia.

Initial reports of the massacre of Armenians were not confirmed. According to eyewitnesses, the attacks were first committed on Alawite areas near Kasab. Several dozen people were killed there - mostly Alawites, as well as Christians. The Syrian army and the militia repelled the attack on the Kasab in order to maximally detain the gangsters, having paid for it with many lives. During this time, the Armenians managed to evacuate to safe areas. Many were forced to run out of their homes, in which they were dressed, not having time to seize any personal belongings. The city is empty.

But, first, the attack on the Kasab with the direct support of the Turkish army took place, this can already be considered a proven fact. Secondly, if the killed people are not Armenians, but Syrians, then still a barbaric crime remains a barbaric crime. Thirdly, the Armenians really suffered - they lost all their property, they became refugees.

However, the United States and Western countries refused to condemn the criminal attack on the city of Kasab, as well as the shelling of the port of Latakia, where chemical weapons were being loaded for later disposal.

As stated by the staff of the Permanent Mission of Russia to the UN, the proposals on condemning the actions of the militants "did not find support from their Western colleagues in the Security Council."

According to Russia's permanent representative to the UN, Vitaly Churkin, the West “has a completely unambiguous and identical position on humanitarian issues, and on political issues, and on chemical demilitarization — to exert additional pressure on the government in any possible case and remove those who is fighting against him, even if it is extremist and terrorist groups. ”

The Russian diplomat added: “Almost all residents fled from Kasab - with the exception of a large number of old people who refused to leave the city. Fortunately, the terrible reports that there was a mass execution of Armenians were not confirmed. ” (Isn't killing Alawites a terrible crime?)

Churkin said that events in the area will be discussed at a special meeting of the Security Council on the humanitarian situation in Syria, which is scheduled for April 30.

And about the attack on Kasab. The Syrian Ministry of Tourism stated that during the attack, the terrorists destroyed and plundered many tourist facilities in the area - hotels and restaurants. “This indicates their desire to destroy the country's tourism infrastructure,” the ministry stressed.

But the West is doing everything possible to prevent the condemnation of any of the actions of the militants. And the French Foreign Ministry made an attempt at all to impose responsibility for the events in Kasab ... on the Syrian army.

By the way, the French Foreign Minister with the romantic surname Valls, known for his not at all romantic, but extremely hateful statements on Syria, was highly praised by President Hollande - the other day he was appointed prime minister of the country. Unfortunately, under the regime of Hollande, the same imperialist course continues as under Sarkozy, despite the fact that the aggressive policy of the latter received an extremely negative assessment among French society.

The Syrian Foreign Ministry said that “France continues to pursue an unbalanced and aggressive policy, trying to cover up the activities of terrorist groups, which, with the support of the Turkish armed forces, attacked a number of areas in the north of Lattakia province, including Kasab. Militants committed flagrant crimes against the civilian population there, forcing the locals to flee their homes and find refuge in areas that are under the protection of the Syrian army. The French Foreign Ministry ... by its statements covers up the activities of terrorist groups and distorts the truth about what is happening. Syria regrets that the French government insults the heritage of its people, who respect the principles of freedom, fraternity and equality. The French government does not respect the UN Charter, international law and the interests of the Syrian and French peoples. "

A delegation from Russia headed by Sergey Stepashin was visiting Syria these days. ATS President Bashar Al-Assad received the guests. During the meeting, he stressed that "Russia in the international arena makes a significant contribution to the creation of a fair multipolar world system in the interests of peoples and states that are committed to their sovereignty and self-determination." The head of state added that the Syrians "have no choice but to win the war against terrorism and fanatical extremist thinking."

In addition, the delegation from Russia was received by the UAR Prime Minister Vail Al Khalki.