Measures of mistrust. NATO punishes itself but not us

April 5 2014
45
The program of cooperation of the Russian Federation with the North Atlantic Treaty Organization (Northern Atlantic Treaty Organization - NATO) was originally called confidence-building measures. To include the Russian Federation in its membership (this was proposed by Presidents Yeltsin and Putin - although, perhaps for various reasons), NATO refused. In relation to other post-Soviet countries, cooperation programs with NATO were initially proclaimed as part of measures to prepare their future membership in NATO. With regard to the Russian Federation, where the possibility of NATO membership was not originally envisaged, the development of mutual trust was announced as the meaning of cooperation programs - on the one hand, the Russian Federation was less afraid of an aggressive bloc (NATO constantly asserts that it was created only for self-defense, but in practice more than once it was possible to attack and never defend), but on the other hand, this bloc itself was less afraid of unpredictable Russians. 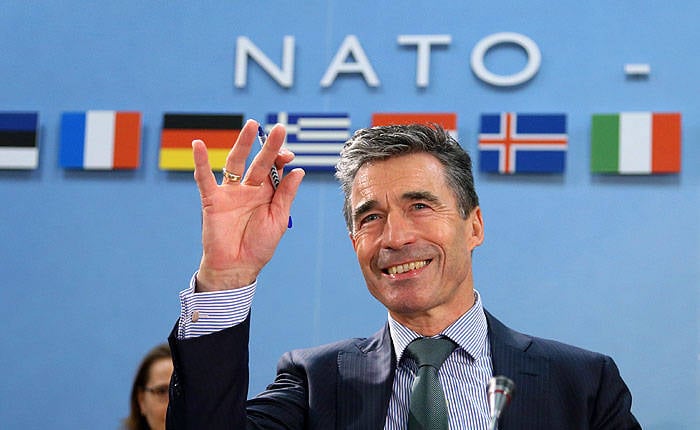 Therefore, this very program of cooperation between NATO and the Russian Federation was markedly different from the programs of cooperation for other post-Soviet republics. Those received much more opportunities to participate in military exercises with NATO - however, on the territory of these republics. For example, NATO exercises are held annually at Ukrainian test sites (and each year the Supreme Council of Ukraine adopts a special law on the presence of foreign troops in the republic), but as far as I know, let’s say that Ukrainian troops are not invited to Poland, Hungary or Hungary. In the Russian Federation, as far as I know, the exercises with the participation of NATO troops were held much less than in the same Ukraine. Yes, and the military personnel of the Russian Federation, trained in NATO military academies, far less than the Ukrainian. But the exchange of information about the exercises held independently of each other is incomparably more active - for the exercises of the Russian Federation themselves, even in the worst years, conducted much more than Ukraine.

But as far as I can tell, the stated goal - the development of confidence-building measures - is ultimately not achieved. Moreover, it has not been achieved mainly as a result of the activities of just the NATO countries: it is difficult to trust anyone who can at any moment organize a coup at your side.

Therefore, it seems to me: we would not have suffered any substantial damage from the termination of this cooperation - even if it were terminated altogether, so to speak, on level ground. And now, when the NATO countries are proving their unwillingness to take into account the interests of the Russian Federation in any way, the termination of cooperation will have nothing at all but good for us.

Moreover, it seems to me: the termination of cooperation will be to some extent useful for NATO. After all, getting rid of illusions helps to heal the mind. NATO still believes that the program of confidence-building measures (and many other equally beautiful words) will be able to tame the Russian bear - and if you’re lucky, you’ll achieve that he will voluntarily remove his skin and give it to the carpet for the NATO hallway. I think this illusion is dangerous enough for the mental health of those who nourish it.

Ctrl Enter
Noticed oshЫbku Highlight text and press. Ctrl + Enter
We are
Results of the week. “Unlike everyone else, I went to the army for spiritual reasons.”
Military Reviewin Yandex News
Military Reviewin Google News
45 comments
Information
Dear reader, to leave comments on the publication, you must sign in.