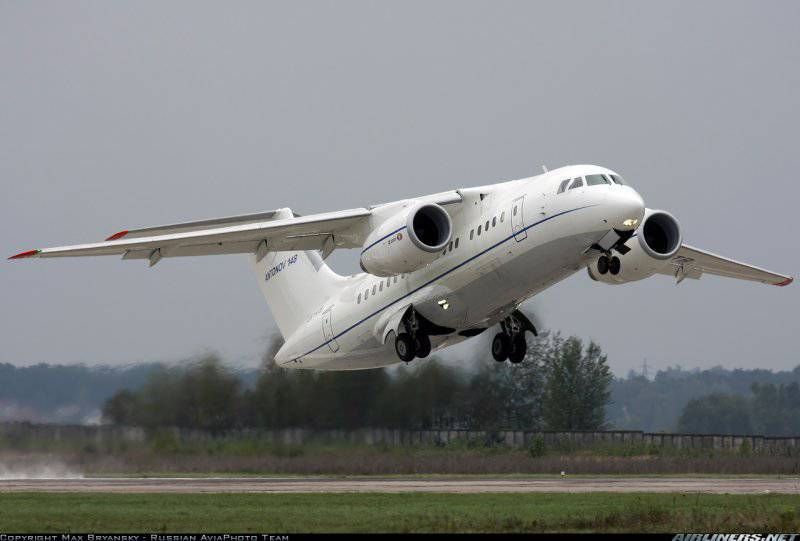 On April 8, at the initiative of the State Duma Defense Committee, closed hearings should be held - they are waiting for the president of the United Aircraft Corporation (UAC), Mikhail Poghosyan. There are a lot of questions to him. Public corporation PR specialists cannot answer them for sure, know yourself praise the Sukhoi Superjet 100 and the new Sukhoi Design Bureau combat vehicles - the Su-35, Su-34 and, of course, I will accept the T-50 (promising aviation Frontline Aviation Complex PAK FA).

As it became known to the editorial board of the Academy of Sciences, not only the General Prosecutor’s Office of Russia was puzzled by the failed results of Pogosyan’s activities as head of the UAC. The military are complaining, the top leaders of the country are voicing their hidden discontent. And I am sure that the deputies and experts of the State Duma will not pass by civil subjects.

In the 80-e years of the last century, only the Samara aircraft factory produced by plane a week. And not small - Tu-154M. So they could?
And now we have a picture that wants to howl. The same Samara produces, at best, three or four small (capacity up to 52 passengers) liner An-140. The entire aviation industry of the country last year issued all 36 passenger cars. Of these, 24 "Superjet", which is 80% packed with foreign components. The rest is one IL-96, two Tu-214, six An-148. For comparison: in 2013, Boeing delivered record-breaking 648 civilian aircraft, Airbus 626.

Single domestic passenger planes accrue mainly to government agencies. IL-96 sent to the Special Flight Squad (SLO) to serve the highest officials of the state, An-140 called up for military service. Over the past seven years, commercial airlines have received about 50 machines from our aviation industry. And more 700 foreign-made aircraft.

For the sake of justice, the current head of the UAC did not corner the aircraft manufacturers alone. Liberal and market-maker E. Gaidar generally considered his own civil aircraft industry to be a whim; Marshal of Aviation E. Shaposhnikov, when he was general director of Aeroflot, opened the window for Boeing and Airbasov to penetrate the Russian market. Former Minister of Industry and Trade V. Khristenko publicly announced the closure of the IL-96 program, Prime Minister Dm. Medvedev regularly demanded a ban on flights of one or the other domestic aircraft. But today the Ministry of Industry and Trade is headed by D. Manturov, UAC - M. Poghosyan. With them demand. They should ask this question: why did our country become an influential player in the civil aircraft market, not as a manufacturer, but as a buyer?

Who is your friend?

Many experts believe that Pogosyan is only a screen for more powerful manipulators. Yes, without high patrons certainly not done. But more than three years ago, he headed the UAC and now acts as a soloist in the aircraft industry. This is sufficient time to correct the consequences of sabotage acts of predecessors. But no, he continues to pump out funds from the state budget for “super-engineering”, demonstrates to the public giant foreign contracts for these liners. True, for some reason, most often these are companies that are in a comatose and pre-bankrupt state.

Vice Prime Minister Dm. Rogozin has long and rightly demanded that everything be done in order to preserve and support domestic design schools. But all projects in civil aviation are perceived by Pogosyan completely or reduced to the construction of special boards. I talked with the designers of AK Ilyushin, and with their colleagues from OJSC Tupolev - their future is shrouded in a mist of uncertainty. Here Rogozin says that it is necessary to start producing passenger IL-114 in Russia. And the CB, just in case, immediately prepares a proposal to the Ministry of Defense to make a patrol version of the aircraft for them. Because Pogosyan will wave aside from the “passenger”, but it is difficult to ignore the Ministry of Defense, headed by S. Shoigu.

Rogozin needs to complete the training and put on the wing of the military transport Il-112. For the cab and electronic stuffing, the designers and technologists decided to unify it with the IL-76MD-90А, which this year was launched into mass production. On the IL-76 installed the most modern equipment by today's standards. I emphasize - domestic! And what are the UAC and the Ministry of Industry and Trade trying to smelt "Ilyushins"? Cab and electronic components from the "Superjet". Which are produced mainly overseas. That is, to put the Russian Air Force dependent on the whims of the US State Department.

Apparently, for Pogosyan and Manturov, theirs is not here, but there. They do not care at all that, without regular orders, the enterprises supplying components for the aircraft industry will lose, as the effective managers now say, competence. Or simply unfavorable production is curtailed. Then certainly to bow to the western partners, friends of Pogosyan and Manturov, let's go.

For a quarter of a century Tupolevs, with half the sin, having built Tu-76 liners of various modifications, rescued the domestic production of components. They are often blamed for the fact that it is difficult to find two completely identical Tu-204. And this is true - the aircraft was improved all the time, retrofitted, modernized. But there was no series! One aircraft per year is a hand-made piece of paper, like the Rolls Royce.

Apparently, the state will does not reach the executor in the person of Pogosyan to build his own planes, to develop his own aviation industry. Or he diligently, until fired, solves his own problems, juggling financial flows. The decisions of higher officials, including those of the vice-premier level, are sabotaged by the president of the KLA. Yes, and to the direct instructions of the President of Russia V. Putin is regarded as insignificant recommendations.
Something needs to be changed in the control system of the aviation industry. Pogosyan, under the watchful eye of the long-eliminated Minaviaproma, would not have been so free. Previously, MAP created the appearance and technical requirements for airliners, and the designers competed in their implementation and competed. And Pogosyan competes with himself, smoothly brings the situation to the point of no return. And if it is not stopped, then we will stay with one “great” new formation “Sukhoi Civil Aircraft” (GSS) and a bunch of faceless and amorphous “centers of competence”.

To provide for foreign customers the possibility of installing components of Western production - good. But in the first place should be complete independence from external factors. This statement in no way concerns the Ukrainian engine builders. Yes, it is not easy for them to exist in the new political reality, but even the most frantic representatives of all “sectors” will not risk breaking the existing Russian-Ukrainian cooperation in aircraft building and arranging an anti-Maid explosion in the south-east of the country. Moreover, plans for the construction in Voronezh of a whole series of X-NUMX An-150T aircraft, the cargo version of the passenger liner, were announced. The Russian side has already received a full package of technical documentation. And no one proposes to install almost French SaM-148 engines of the Rybinsk assembly (the same as on the Superjet) instead of Zaporozhian D-146-436 on the aircraft.

The Voronezh aircraft manufacturers will cope with such an order for 4 – 5 years or not, time will show. There are doubts, since the UAC in the person of Pogosyan has long been keeping the aircraft factory on a starvation ration. In 2014, only six aircraft of this type will be produced - a mockery of common sense. An-148, like the Tu-334, is able to easily wipe the nose of the completely “import-dependent” “Superjet”. Therefore, Pogosyan did and does everything possible so that the “An” was not available for commercial operation and became the next plane of the state structures and the Ministry of Defense. The production of a large series of An-148T trucks does not contradict Pogosyan’s policy — its Superjet, the cuckoo of Russian aviation, he defended from An, closing the passenger niche for the Voronezh machine. And with its power, the Tu-334 has long been keeping it near the wall at the aircraft factory in Kazan, not allowing retrofitting and selling to those who wish even two almost finished aircraft, the best sign that the Tupolev machine is able to press the “Superjet” on the market.

Ctrl Enter
Noticed oshЫbku Highlight text and press. Ctrl + Enter
We are
Corporation and CompetenceList of destroyed the largest and most high-tech enterprises
Military Reviewin Yandex News
Military Reviewin Google News
265 comments
Information
Dear reader, to leave comments on the publication, you must sign in.