Who is war, and America's mother is native 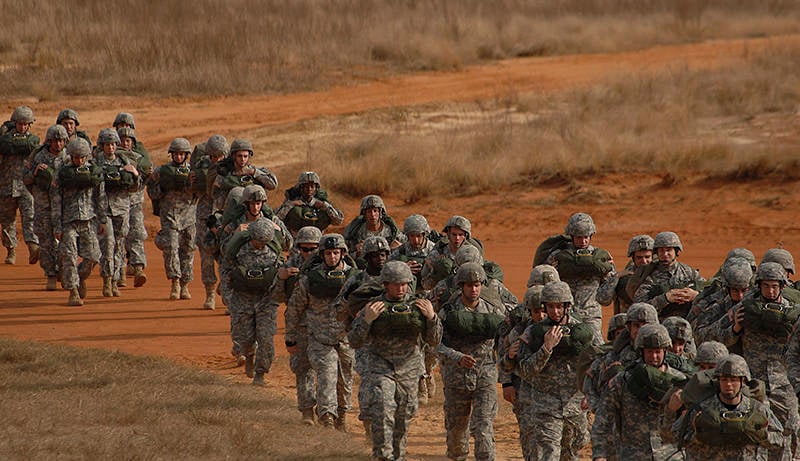 The United States, in fact, live in wars, so the number of conflicts will only grow, the expert is sure

The prospect of the blockade of Transnistria by Moldova, and now also Ukraine, the further it becomes, the more it becomes real.

At the same time, in Chisinau, of course, all the likely reproaches are ready to be amazed and say that there can be no talk of any blockade. What do you! This is just a concern for the border, its strengthening. Does anyone oppose a sovereign state strengthening its borders?

But slyness is one thing. The very strengthening that Moldova needed suddenly will be financed from the US budget. "Investment" is not so hot - 10 millions of dollars, but also money, and poor Moldavia with a frail army will be enough for the eyes.

US Assistant Secretary of State Victoria Nuland even flew to Chisinau along with Gen. Randy Key, head of the planning department of the US Armed Forces in Europe, talked with local officials and, as the curtain went, noticed that the military fortification of the borders with Transnistria “fits into the strategic dialogue that Moldova develops with the USA. ”

Did anyone think otherwise? Where the dollar is, there are American interests. Everything is so simple!

It is even embarrassing to wonder how “suddenly” this история coincided with the incident of the annexation of the Crimea to Russia. Suddenly, in the "underbelly" of Russia, problem areas appeared. Not that critical, but tickling nerves. Here and there, no-no, yes, information on the imminent likeness of “Maidan” will slip.

For example, it may well flare up in Kyrgyzstan, where there is a sluggish regional conflict with Uzbekistan and Tajikistan. Of course, in the event of an increase in the conflict, Moscow will have to pay close attention to them. Burning Central Asia - this is really serious.

In fact, Russia has been offered to play “all-in”, and this challenge must, of course, be accepted. Not only is risk a noble cause, but in our case it is also a matter of fundamental importance in the context of protecting the Eurasian project in general and the interests of Russia in particular.

Natalya Makeeva, deputy head of the Center for Geopolitical Expertise, in an interview with a columnist KM.RU noted that the tense situation in the regions bordering Russia should motivate the authorities to actively support pro-Russian tendencies there:

- Now we are witnessing an escalation of the second round of the Cold War, and in this case, in my opinion, we should not try to somehow prevent this probable blockade, but rather from our side to meet Transnistria, where, as is known, in 2006 year held a referendum on joining Russia. In addition, there are our peacekeepers. Thus, this is albeit unrecognized by us, but still close to us territory - like the same South Ossetia or Abkhazia, which formally are independent states.

We need to compensate for the losses that Transnistria could incur in the event of a blockade, provide full support to Tiraspol, up to considering the issue of possible admission of the republic to Russia in the same way as the Crimea was adopted, since the result of the referendum is already there, and hostile actions The United States and NATO in relation to Transnistria is a fait accompli, and it is obvious that their pressure will only increase with time.

It is necessary to prepare for the fact that the tension in the border regions of Russia will only increase. Those of them, where there are now obvious pro-Russian sentiments, where the people speak, including for joining Russia, must be fully supported, and we must meet them halfway. For example, it makes sense to support the same Uzbek Karabulak, the local population of which expressed a desire to become part of Russia, they are preparing their referendum there. But it is necessary not only to support such initiatives in words, but to prepare for their active protection both by economic and diplomatic, and, if anything, by military methods.

It is easy to foresee the question of possible economic sanctions that the West so frightens us. But it is obvious that they will rather benefit us, and, by the way, it is still a big question who will lose more from their introduction.

As for the likelihood of a hot phase of confrontation, in the near future nothing like this should probably be expected, so far Russia has the opportunity to influence the situation through diplomatic and legal methods. Somewhere it is enough to recognize the very fact of the people's will in favor of unification with Russia, somewhere it is necessary to support and help hold a referendum. The main struggle, I repeat, is in the information space.

- Meanwhile, in the States themselves, as we know, the circle of opponents of foreign global expansion is expanding, including because the United States is now quite tense, to say the least, the situation in the economy ...

- The United States will never, under any circumstances, abandon its geopolitical plans; this must be understood. These plans were declared almost in the 19th century and, of course, they will not be revised. America's goal is global domination, and Russia here, on this path, is a long-standing and major obstacle. The actions of the United States may, of course, from time to time turn into a sluggish form, some conversations in the “peace-friendship-perestroika” style may begin, but they will never give up their interests.

As for reducing military spending, one should not think in terms of not even yesterday, but the day before yesterday. Modern warfare is conducted to a very insignificant degree by traditional military methods - with tanks, airplanes, bombing, although no one canceled them either. Modern warfare is primarily a network war. The same “Arab Spring”, Maidan - this, in principle, is a fairly small cost that the American administration spent through NGOs, various funds.

These wars are fought in other ways, but they lead to the same results. These are the wars of a new generation, about which quite a few books have already been written, including the new book by Valery Korovin, The Third World Network War, which is about to be on sale. In fact, American strategists and do not hide the fact that the United States moved to the technology of network wars. From time to time, one of their leaders speaks about it quite calmly.

By the way, surely many have already paid attention to an interesting pattern: when America begins to have difficulties in the economy, a military conflict immediately begins somewhere.

In fact, every war in which Americans somehow take part is not only a blow to the US economy, but rather, on the contrary, its revival. The United States, in fact, lives in wars, and therefore, in this light, new conflicts now seem very likely.

Ctrl Enter
Noticed oshЫbku Highlight text and press. Ctrl + Enter
We are
The role of the “anchor” holding Bessarabia from Romania moves from the PMR to the Gagauz and the Bulgarians: regional results-2013What you didn't want to know about England
Military Reviewin Yandex News
Military Reviewin Google News
81 comment
Information
Dear reader, to leave comments on the publication, you must sign in.