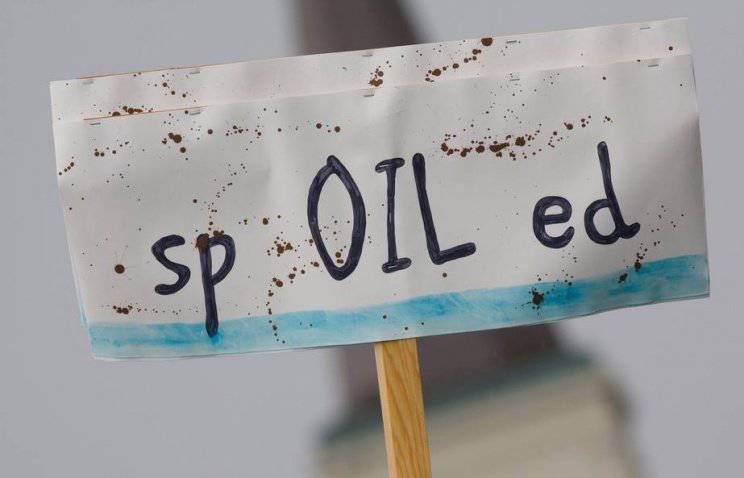 Barack Obama’s visit to Saudi Arabia spawned a host of rumors and speculations.

Everyone is confident that the US president went to Riyadh to negotiate that Saudi Arabia sharply increased hydrocarbon production. This should lead to a decrease in world oil prices and the destruction of the Russian economy. And therefore, when Barack Obama himself and other officials say that during the business trip, the topics of the political situation in the Middle East were discussed, no one believes him. The commonplace is appeals to stories 1980, when, according to many conspiracy theorists, the United States in collusion with Saudi Arabia collapsed oil prices, which led to the beginning of perestroika and the fall of the Soviet Union.

In fact, not everything is so simple with the restructuring, and with Saudi Arabia. But let us begin with the most important thing: those who believe in the possibility of such a collapse in oil prices by preliminary agreement between Washington and Riyadh, absolutely do not understand how oil prices are formed today and what is the nature of these prices. These people are stuck in the 1970's or, at best, in the early 1980's.

Today, oil prices are not determined by the proposal.

The fact is that after the second “oil shock” of 1979, caused by the revolution in Iran, when prices jumped above $ 100 in terms of the modern course, the United States realized that they could not be dependent on Saudi Arabia and other Middle Eastern manufacturers. And in 1983, they launched an oil trading system. Gradually, oil prices began to be determined on the stock exchange, despite the fact that huge financial resources of investment, pension and other American funds came there. Today, the main feature of the oil market is the dominance of oil futures, and these are transactions that are not communicated before execution. That is, the price is determined by the demand for paper oil, and not for physical oil. This means that bids influence prices very indirectly. Please note that now no one even watches OPEC meetings, but earlier, in 1980-1990, any OPEC meeting caused excitement. Today everything is completely wrong.

Therefore, to the question of whether the United States can bring down oil prices, I will answer: “Naturally, they can.” Do I need to go to Saudi Arabia for this? No need at all. To do this, you can simply put restrictions on the flow of dollars to the oil exchange, to ensure the outflow of capital. It is necessary that the money be taken from oil futures and let them go to other markets, and oil will begin to fall instantly. Thus, no need for any conspiracy, to negotiate and promise something to the Saudis. The United States can crush oil prices on its own. This is the first moment.
The second important point is that such a US scenario is completely unnecessary. Why? There are several arguments.

Argument One: Now in the United States there is a boom in the production of shale oil, which is devouring shale gas. Equipment is transferred from gas production to oil production. In the United States, there are serious problems with the production of dry gas. But for some reason, LNG export theorists from America for some reason do not pay any attention. In addition, shale oil production projects are very expensive at cost, and if prices drop below $ 80 per barrel, they will all burst. As, by the way, it was with shale gas. This is also an important point, because now the cost of production is high, and prices for Henry Hab (the center of spot and futures trading in natural gas in the US) are rather low. And it beats, naturally, on investment in shale projects. The United States wants by the end of the decade to become independent of oil Middle Eastern monarchies. For this price should now be high. If prices start to fall, it will bury hopes for an oil shale boom. This is the most important argument. If there is no oil boom, then again, dependence on imports and on oil prices will remain. That's when the US will come to self-sufficiency, then you can already think about some kind of price games. But not today.

If prices start to fall, it will bury hopes for oil shale boom

The second point is that now China is suffering more from high oil prices. China dramatically increases imports, and it hits on its economy. Americans have a safety cushion, and they calmly maintain the price of $ 100 per barrel. And the Chinese economy is overburdened by these prices. Let's be frank: the main geopolitical opponent of the United States today is not Russia, but China. And strategically, the US needs to think about how to weaken China, not Russia.

Well, and finally, an important point related to the same Middle Eastern monarchies. Serious chaos reigns in the Middle East today, and it’s not easy to reach an agreement with the Saudis because they are annoyed by the United States policy on Iran. It seems to them that the USA has gone over to the enemy camp. The conflict between Saudi Arabia and Iran is known. And by the way, I am therefore confident that Obama is not being cunning, saying that the main topic of the talks in Riyadh was the political situation in the region.

Saudi Arabia is unhappy with Iran’s return to world politics and the lifting of sanctions. Discontent leads to a split in the Sunni anti-Iranian coalition. In any case, there is a difficult relationship between Saudi Arabia and Qatar. The United States needs to reconcile them. And if now Washington starts to play on the decline in oil prices, it will cause fury in Saudi Arabia, which is not ready to reduce the cost of oil. There are a huge number of social problems, primarily related to non-citizens who perform all the hard work, including in the oil sector. This requires money, and the costs of Saudi Arabia are growing. Riyadh needs expensive oil, and it will consider measures to support prices rather than reduce them. Therefore, it would be rather strange to come there with such plans. On the contrary, now the United States would have to reassure its partners in the Middle East, because the Iranian game of the United States does not satisfy them.

By the way, it would be nice to understand the beginning of 1980 of the year with the conspiracy. It was not as simple as many write. In fact, Saudi Arabia began to sharply roll off mining in the beginning of the decade, not in the middle of 1980, as many people think.

Then three factors coincided. After the “oil shock” of 1979, prices began to decline. This is the first.

The second factor is that Britain was preparing to launch new fields in the North Sea at full steam, and Saudi Arabia knew this.
The third factor is that America started trading in oil futures. And this already led to changes in the oil trade. The USA was able to change the price of oil without taking into account the supply factor. Saudi Arabia has gone on a completely huge reduction in production. The fall began with the 1982 of the year. And if we take the 1980 – 1981 production level and compare it with the 1985 production level of the year, we’ll be interested to see that Saudi Arabia has removed 330 million tons from the market. This is a fantastic figure, of course. But the UK for the first half of 1980, increased production by about 40 million tons. This, of course, is not much, but it had an important psychological significance, because the Western world showed that it has some hidden potential, although it was limited to oil from the North Sea. But it is important that this oil then hit the market. So, we can say that Saudi Arabia for the entire first half of 1980 of the year played on the side of the Soviet Union, reducing production, she was trying to save prices. And only when this was not possible, indeed, in 1986, mining began to grow and then relatively stabilized. Back in 1988, there was a relative increase. But if we compare the level of production of 1981 of the year and the level of production of 1988 of the year, then we will find with interest that the difference still amounted to 235 million tons in favor of the year's 1981.

Thus, if we are talking about the whole year about 1980, Saudi Arabia has removed most of the oil from the market. Therefore, all this popular conspiracy is not quite correct. Conclusion: it is necessary to learn the lessons of history better and study the realities of the oil market more thoroughly.

Author:
Konstantin SIMONOV, Director General of the National Energy Security Foundation, Head of the Department of Applied Political Science at the Financial University under the Government of the Russian Federation
Originator:
http://itar-tass.com/opinions/2057