April 7 2014
16
Mortars remain an important element of ground force artillery. Mortar mounted fire can effectively hit various targets and support infantry operations. The main trend of mortar development in recent years has been the creation of self-propelled systems. The use of self-propelled chassis as a platform for placing a mortar has a positive effect on its capabilities. First, mobility is improved weaponsand secondly, the armor of the base machine protects the calculation of the mortar from bullets and debris. Finally, the characteristics of the base chassis can increase the ammunition and optimize a number of other characteristics of the mortar system. 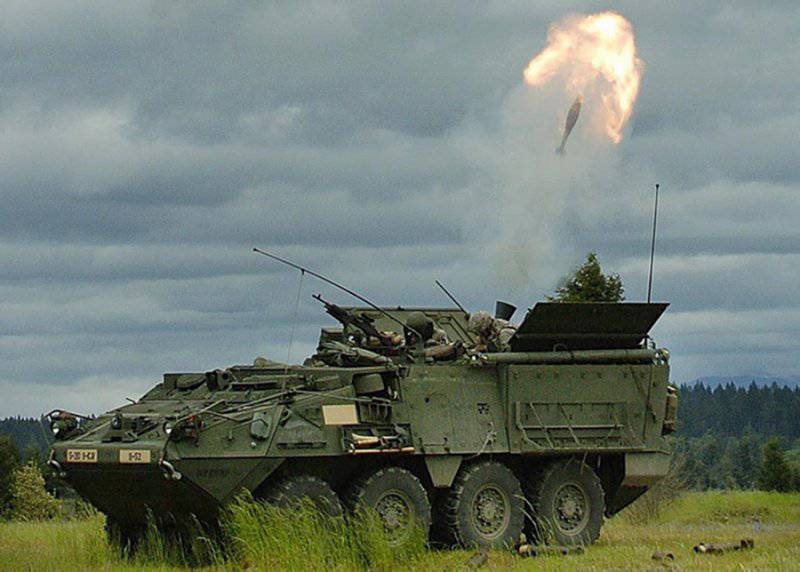 At the beginning of the two thousandth, the Israeli company Soltam Systems, later became part of the company Elbit System, offered its own version of a self-propelled mortar. It should be noted that the project of the Israeli company meant the creation of not a combat vehicle, but a universal combat module suitable for the use of several types of mortars and various self-propelled chassis. As expected, such an architecture is capable of providing greater flexibility in the use of weapons and, as a result, will give the combat module great prospects in the arms market.

The new mortar armament complex was named CARDOM (Computerized Autonomous Recoil rapid Deployed Outrange Mortar - “Computerized Autonomous Sliding Mortar of Rapid Deployment with an Enhanced Firing Range”). The CARDOM complex is a combat module suitable for installation in the combat compartment of various types of armored vehicles. In addition, under certain restrictions, it is allowed to use the module on unarmored vehicles and light military vehicles.

The basis of the combat module CARDOM is a turntable, installed on the base machine and allows you to fire in any direction. The platform serves as the basis for the original mast on which the used mortar is mounted. Lafet allows you to direct mortar within a sector of + 40 ° to + 80 ° from the horizontal. The carriage of the complex CARDOM is equipped with its own electric drives, which allow the calculation to direct weapons using the common control panel of the system. If necessary, you can use manual drives. 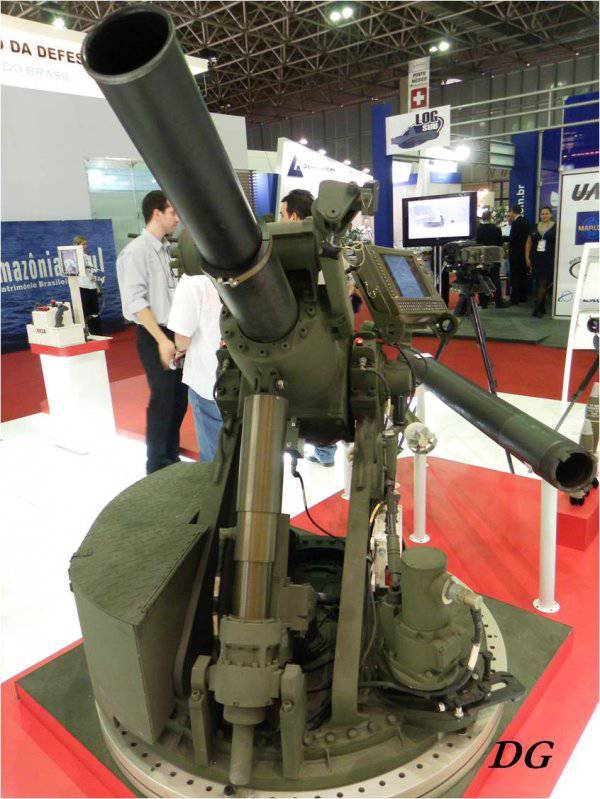 A characteristic feature of the CARDOM system, as reflected in the deciphering of its name, is the use of recoil devices. Mortars are usually not equipped with such systems, but the Soltam Systems company decided to retreat from the “rules” of creating systems of this class and thereby increase the potential of advanced weapons. The reduction of recoil momentum due to recoil devices allows the installation of the CARDOM combat module on various combat vehicles. The design of the carriage CARDOM allows you to relatively quickly remove the mortar barrel and install it on a light towed carriage. In this case, the weapon can be used similarly to other towed systems of this class.

The project CARDOM laid the possibility of using mortars of two calibers - 120 and 81 mm. So, the combat modules for the Israeli army are equipped with 120-mm mortars Soltam K6. The caliber of the mortar used imposes certain restrictions on the chassis used. The CARDOM system with a mortar caliber 120 mm can be installed only on armored vehicles with the appropriate characteristics, and for light platforms like army vehicles HMMWV is designed version of the complex with 81-mm gun.

It is argued that when using a Soltam K6 muzzle-loading mortar, an experienced calculation from 2-4 a person can fire at a rate of up to a minute 15-16. However, this rate is permissible only in the first minute of shooting. After it is required to reduce the rate of fire to 4 shots per minute. These restrictions are associated with heating and deformation of the barrel, which can lead to a serious deterioration in firing accuracy.

The ammunition of a self-propelled mortar based on the CARDOM system depends on the base machine used and the available volumes in its combat compartment. 120-mm and 81-mm mortars used in the complex can use standard NATO ammunition. When using conventional mines caliber 120 mm maximum range of shooting is 7,2 kilometer. In addition, there are mines of increased range that can hit a target at a distance of 9,5 km.

The CARDOM complex was introduced digital fire control system. Obtaining data from an inertial or satellite navigation system, it calculates the mutual position of the mortar and the target, and also calculates the required guidance angles. The fire control system is also used to control the guidance mechanisms. Such a method of controlling the aiming allows reducing possible errors and, consequently, increasing the accuracy of shooting. According to some data, after each shot, the automatics independently adjusts the position of the barrel and thereby ensures greater accuracy of fire. The use of electronics allowed us to minimize the time of preparation for shooting. It is alleged that the first shot can be made 30 seconds after the combat vehicle arrives at the position.

The first customer of new mortar systems was Israel. In the version for the IDF, the CARDOM system is equipped with a 120-mm Soltam K6 mortar and is installed on the M113A3 armored personnel carrier. This fighting machine is called Keshet. Soon after the Israeli military, the armies of other countries became interested in the new system.

The largest buyer of self-propelled mortars CARDOM became the United States of America. Over the course of several years, more than 300 self-propelled mortars with an Israeli combat module were built for the US Army. The Stryker wheeled armored vehicle was taken as the basis for the new combat vehicles. US combat modules are equipped with M120 120-mm mortars (US copy of Soltam K6) and M95 American-developed fire control systems. The design and mechanisms of the combat module remained the same.

In 2011, several self-propelled mortars with the CARDOM system were ordered by Spain. The Spanish military wanted to get combat vehicles based on the URO VAMTAC car. On the rear platform of four-wheeled vehicles is a combat module with a mortar caliber 81 mm. 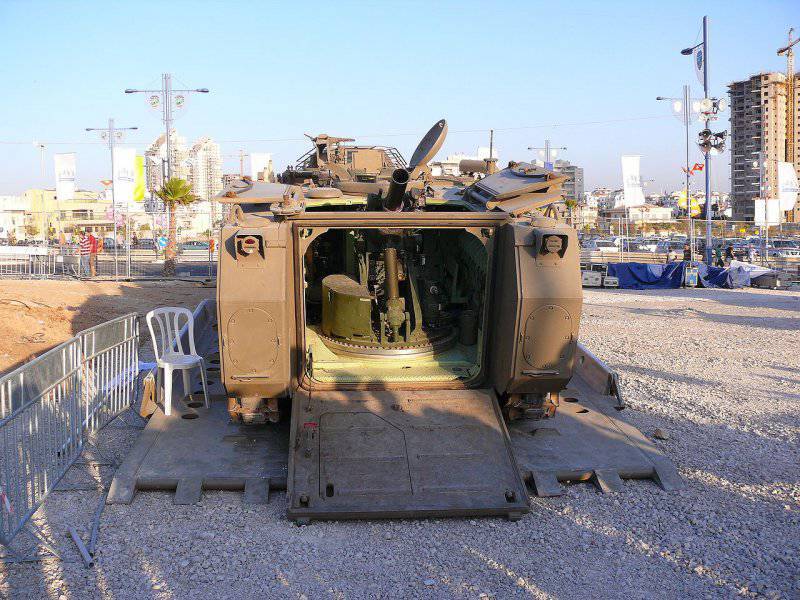 Of particular interest is the cooperation of Soltam Systems and the armed forces of Kazakhstan. In the second half of the last decade, Israeli designers commissioned the Kazakh military to develop the Aibat self-propelled mortar. The MT-LB multi-purpose armored vehicle and the BTR-70 armored personnel carrier were chosen as the basis for it. In accordance with the project, elements of the CARDOM system were installed on the base chassis. The modified mortar 2B11 of caliber 120 mm was used as a weapon. By the middle of 2010, the Kazakh army received three batteries of self-propelled mortars based on an MT-LB machine. A few years earlier, during tests, it turned out that the recoil power of the Soviet-made 2B11 mortar was too great. Despite the use of recoil devices of the CARDOM complex, the Aibat combat vehicles had a deformed bottom when fired. Subsequently, this problem was solved by strengthening the corresponding parts of the case.

Currently, the construction of self-propelled mortars equipped with a CARDOM system for the Israeli army and the armed forces of other countries continues. The original combat module has been repeatedly used in hostilities in the Middle East and has proven itself well. Probably in the future there will be new orders for the supply of mortar systems CARDOM. 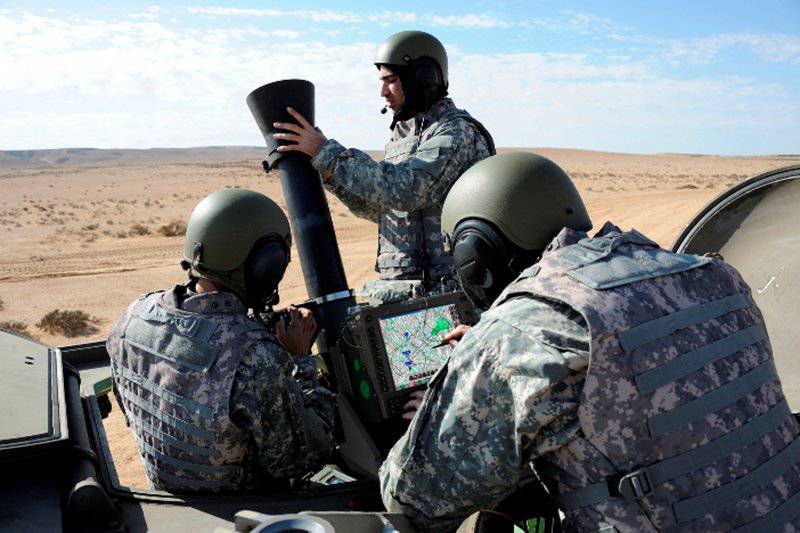