"Smart trim" for the PAK FA 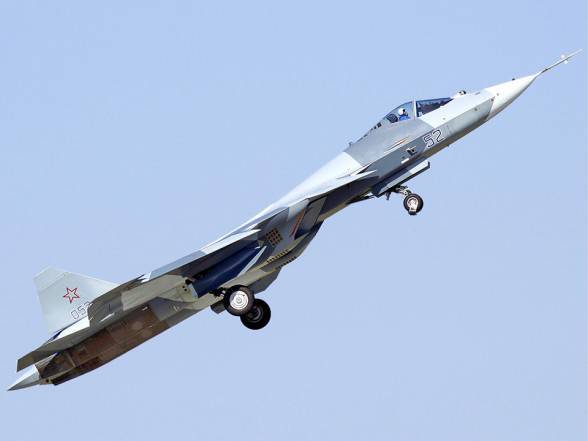 The lead enterprise for the creation of a radio-electronic system for the PAK FA is the Institute of Instrument Engineering named after Tikhomirov, a member of KRET. Serial deliveries of the fifth generation fighter to the troops will begin in 2016 year.


The PAK FA is a fifth generation Russian multipurpose fighter. Its development is a division of the United Aircraft Corporation - Sukhoi Design Bureau, where the fighter is held under the designation T-50.

The development of a promising fighter is gaining momentum. The lead enterprise for the creation of a radio-electronic system for the PAK FA is the Research Institute for Instrument Engineering named after V.V. Tikhomirova (NIIP). The radars developed at the institute are installed on 70% of all Russian fighters.

According to the statements of Yuri Bely, Director General of NIIP, the PAK FA radio-electronic system with active phased antenna arrays (AFAR) will be fundamentally new, different from aviation airborne radar in the traditional sense. Not only the main radar station with AFAR will be installed on the aircraft, but also a set of other active and passive radar and optical radar stations. Such stations are spread out over the entire surface of the aircraft, effectively constituting a “smart skin”.

The new radar, developed by NIIP, contains 1526 receiving and transmitting modules, which provides the aircraft with a greater detection range, multichannel target tracking and missile applications weapons. The radar is built entirely on the Russian element base on the basis of gallium arsenide nanoheterostructures and advanced technologies of antenna systems with electronic beam control.

The new radar from NIIP was first presented to the public at the MAKS-2009 air show. In addition to the main radar on the MAKS-2009, an additional radar was also presented for the promising L-band fighter, structurally placed in the slat. Its use will not only increase the noise immunity and combat survivability of the structure, but will also largely neutralize technologies for reducing the visibility of enemy aircraft. 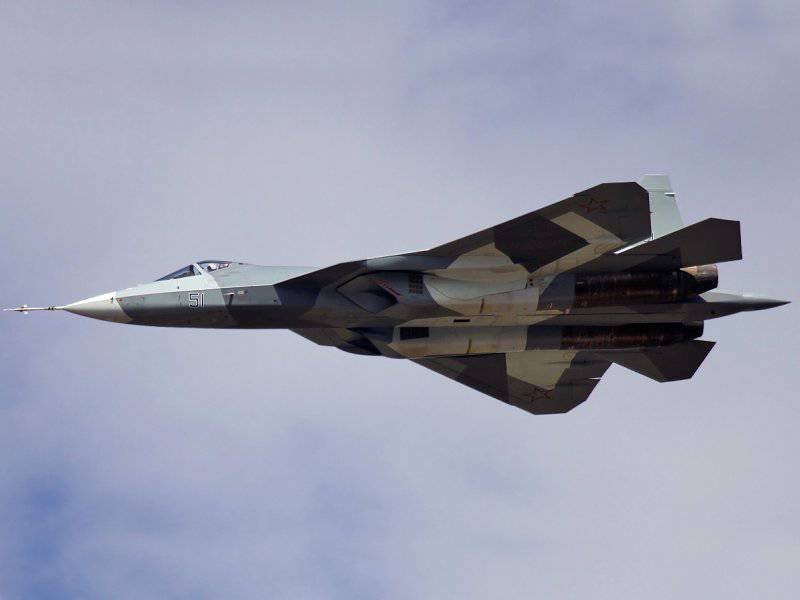 According to Yury Bely, three aircraft with systems from NIIP are already connected to testing, two more aircraft will come to the end of the year. Tests from LII them. Gromov relocated to Akhtubinsk and according to the plan they should begin there in March-April, he specified.

Two sets of airborne radar already have a decent plaque on prototypes - T-50-3 and T-50-4 objects, in the near future the third will join flight tests - T-50-5 with NIIP equipment on board.

“The first series of flights confirmed the possibility of achieving the specified characteristics in the main modes“ air-to-air ”and“ air-to-surface ”, which testifies to a good scientific and technical reserve of development. However, there are a lot of unexpected problems, which is natural for pioneering developments, and their solution takes time, ”the general director of NIIP said.

For export deliveries on the basis of the PAK FA, together with India, an export modification of the aircraft is created, which received the designation FGFA (Fifth Generation Fighter Aircraft - the fifth generation fighter). NIIP them. Tikhomirova also participates in Russian-Indian development. According to Yury Bely, the institute has already completed and defended the draft technical project and is ready to continue work.

SCIENTIFIC RESEARCH INSTITUTE OF INSTRUMENT-MAKING AFTER V.V. Tikhomirov - the developer of fighter aircraft weapons control systems, one of the main tasks of which is to suppress enemy air defenses. In addition, the research institute is engaged in the development of anti-aircraft missile systems of medium-range air defense of the Ground Forces, whose task is to protect against air attack weapons. Included in the KRET.

Ctrl Enter
Noticed oshЫbku Highlight text and press. Ctrl + Enter
We are
J-20A in the tasks of expelling the “backbone” of the US Navy from the western part of the APRAF-A is tested on T-50
Military Reviewin Yandex News
Military Reviewin Google News
103 comments
Information
Dear reader, to leave comments on the publication, you must sign in.