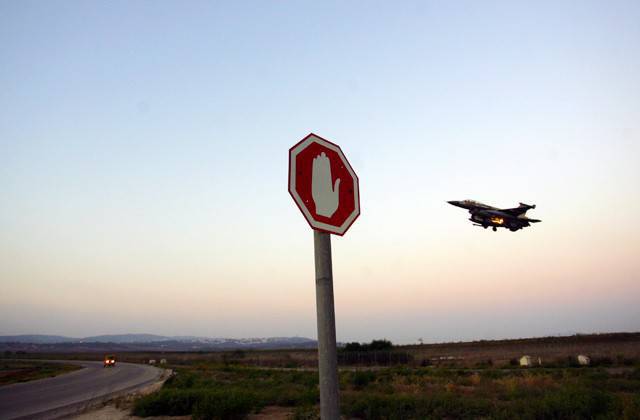 The interception of drones in the air is difficult - their technical characteristics are different from those of manned aircraft, while the use of drones in recent years has increased dramatically, noted the source of the publication under the pseudonym Major O.

“UAVs are smaller in size, they are difficult to detect, but they fly slower than regular aircraft. The old tactic was to move at the highest speed and attack the targets most noticeable on the radar. For operations against drones, we had to think of a new concept of air battles, ”says an Israeli officer.

According to Major O., for the successful implementation of new tactics, it took not only additional training for pilots, but also new equipment: “Today we are perfectly prepared for the attack of UAVs. Our F-16 fighters are equipped with advanced optical guidance systems from Elbit and Rafael, in particular LITENING, and air-to-air Python IV missiles, which greatly facilitate this task. ”

The sighting system of container type LITENING, made in the form of a nacelle on the external sling, increases the efficiency of the fighter through instrumentation of target intelligence and target designation - a special sensor transmits an infrared image of the enemy to the crew of the aircraft. Israeli pilots use them in conjunction with the Dash IV aircraft helmet display system.

The Python IV guided missile is the first in its class, which uses not standard thermal guidance, but similar to a thermal imager image - its pointing head allows detecting a thermal signature of a UAV with a screw engine.

“We have already dealt with the intelligence drones of Hezbollah, as well as Syria and Egypt. Starting in the 2006 year, we come across them more and more. Most of them did not get into the territory of Israel - they were destroyed on the approach. All the drones that entered our airspace were also shot down, ”the Israeli Air Force officer said.

It is worth noting that Israel is considered one of the leaders in unmanned aircraft. In the global market, 41% drones were sold by Israeli companies supplying more than 50 countries. At the moment, army drones make more combat sorties than manned aircraft of the IDF Air Force.

Although Israel is a trendsetter in the field of drones, however, it does not have a monopoly on such systems, said unmanned systems expert Denis Fedutinov.

“UAVs are currently available to Israeli neighbors. Given the complex nature of the relationship with them, the task of countering UAV systems is relevant for Israel. Although Russia has practically not yet encountered such threats, it is clear that such threats will only increase in the future, ”he told Russian Planet.

As the specialist reminds, the Russian Air Force repeatedly shot down Georgian UAVs during the events in Abkhazia and South Ossetia in the 2008 year.

“These were rather large low-maneuverable drone vehicles. In general, UAVs are more complex targets than traditional manned aircraft: they have less radar, thermal and acoustic visibility, potentially greater maneuverability. The biggest problems in this sense can be small-sized, actively maneuvering and high-speed UAVs, as well as drones made using stealth technology, ”Fedutinov concludes.