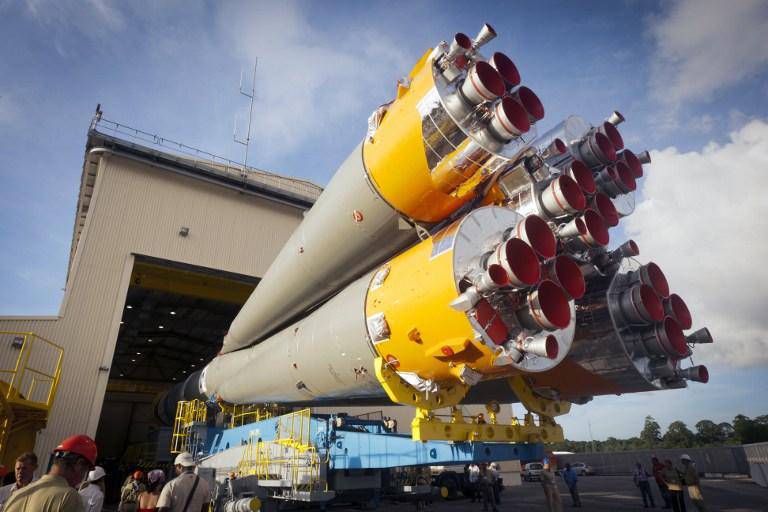 The European company Arianespace has signed a contract with Roscosmos for the supply of seven Russian Soyuz-ST launch vehicles to 2019. The missiles will be used for launches from the Kourou space center in South America. The signing ceremony took place after the successful launch of the European satellite Sentinel-1A, delivered to orbit by a Russian rocket.


Before signing the contract, the head of Roscosmos, Oleg Ostapenko, noted that he does not doubt the successful implementation of all contracts and agreements concluded between the parties, and hopes for increased cooperation, Interfax-AHW reports.

“I am deeply convinced that not only the tasks that we face in launching payloads, but also the tasks of a wider spectrum - space exploration, will be fulfilled. I am grateful for the warmth and attention that was given to our delegation. I am sure that a great future awaits us in mastering the Universe, ”he said.

The head of Roskosmos also expressed gratitude to all the calculations and to the personnel who prepared and launched the Soyuz-ST launch vehicle, by means of which the European satellite Sentinel-1A was put into orbit. "History our work is not very old, but very fruitful, ”said Ostapenko.

According to the source of the news agency, the contract for the supply of seven Russian launch vehicles is estimated at about $ 400 million.

On the night of April 4, the Russian Soyuz-ST with the Fregat-M upper stage launched from the Kourou space center (French Guiana) and launched the European remote sensing satellite Sentinel-1A, which will become part of the global monitoring of natural and man-made phenomena .