Will Russia be able to trade oil and gas for rubles?

April 5 2014
257
Every year, Russia sells oil and gas abroad worth more than 200 billions of dollars. This more than impressive income over the past few years has been decisive for the more or less stable functioning of the Russian economy. With all the words that oil and gas dependency in the economic sector should be systematically disposed of, this deliverance itself is not persistently traced. On the one hand, the dependency itself is too great, on the other hand, there are no adequate precedents in the modern world, when a country deliberately rejected the “chicken” that carries the “golden eggs” for it (the oil share in Norway is more than strong , Iran, Saudi Arabia, Qatar and other states, and they somehow live with this, as they say ...).


Recently, the issue of the sale of hydrocarbons by Russia abroad has been discussed in a special way. Its peculiarity lies in the threats of sanctions, which against the Russian Federation are expressed and are trying to be implemented, mainly by Western countries. As soon as the so-called first waves of sanctions began to roll on Russia (and not so much economically as psychologically), Russian economists began to talk about the fact that the introduction of sanctions against the Russian Federation can and should be used safely. One of the directions is to oblige foreign buyers of our hydrocarbons to pay not in dollars, but in rubles. By the way, this idea cannot be called a new one - such thoughts have arisen before, but it is precisely today that the practical significance of this bold step truly manifests itself. 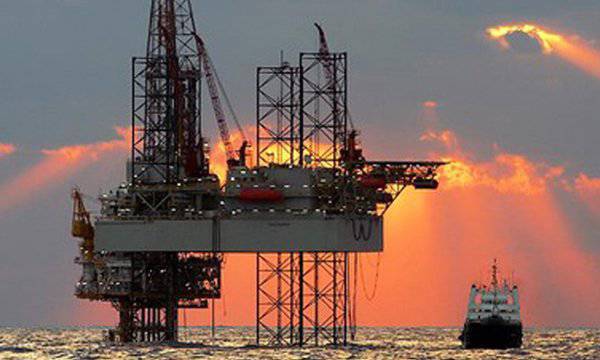 Of course, if we consider a possible transition to the sale of oil and gas exclusively for rubles from a household (civilian) position, then such a transition can be represented by “our response to Chamberlain” - they say, for every tricky Western sanction, we will have an equally clever personal answer: we wanted to hit in our economy, and we take and knock a stool from under the feet of the American dollar. Such an approach to the essence of the question - an approach without any special deepening in economic laws - can be called patriotic, it can be called a shuffling, but still it is better to look at the situation, which is called, from different sides.

Yes - dollar hegemony in trade, namely the hegemony of currency, the security of which, to put it mildly, raises big questions - this is a real disease that has affected the entire global economy. But everyone already got used to this disease. They are afraid to treat it, considering that medical or surgical intervention in the existing system can be fatal. In general, the economy is sick, but there is ...

Today it turns out that 9 from 10 transactions with "black gold" are made in dollar settlements, which allows the American financial system to stay afloat. In fact, the picture is as follows: an overloaded ship called “American economy” already draws water from the sides, but the rest of the vessels (with smaller dimensions) are trying to support this giant with their sides. They understand that the gigantic vessel will not simply go under water - leaving, will cause such a gigantic funnel, into which many who in one way or another have to spin along with this “debtor-tanker” will cater.

The Russian economic system, due to the legislative base that was “recommended” to us “from there” in the early nineties, is currently also trying to expose its side to the American economy. At the same time, she herself often pretty sinking, cracking, but she still has to give herself to lean on this monumental, but full of holes.

How would an attempt to refuse to sell Russian hydrocarbons for US dollars look like in such a situation? In this situation, the Russian economic ship as if deviates from the American giant. And then there are several options. First: we have clear water, no “oil stains”, complete freedom of action, the ability to choose a route. And what about the American "ship"? This, as they say, is his problem - if others are enough forces and means to keep him afloat, then he will balance it, imitating economic stability and solidity, imitating a strong comradely shoulder, but if there is not enough, then ... a bad alternative: the star-striped vessel really starts to sink, dragging everyone around with you. Will Russia be able to move away from such a hypothetical whirlpool to a safe distance? With the level of dependence that is taking place today, it is unlikely, and it means that either you need to include full forward, or, as they say, and not at all ...

Is there any chance of going full ahead today? There are chances, but in order for them to be translated into reality it is impossible to chop from the shoulder. It is necessary to act swiftly, but at the same time without fever and hats. The fact is that in any attempt to move away from the “beloved” world of dollar dependence in the sale of oil and gas, Russia will meet with incredible resistance from the “partners”. Nobody wants to let it go from the American side, and if it does, it will obviously not be able to express its position openly - Big Brother can put it to the bottom - He does not like it when the world develops outside of his interests.

At one time (the beginning of 2000), the Iraqi leadership tried to switch to the sale of its hydrocarbons for the European currency. It is noteworthy that it was during this period that the second Iraq campaign of NATO took place, which led to certain consequences for both Saddam Hussein and for all of Iraq. Subsequently, talk about the sale of oil without reference to the dollar and went to the north of Africa. Libyan leader Muammar Gaddafi was determined to get rid of the influence of the dollar in the region by introducing a gold dinar, but "peaceful demonstrators" immediately appeared in Libya, and after them NATO bombers in the Libyan sky "with a flightless zone".

This should be a lesson learned for Russia, and knowledge, as we know, is power. The lesson is that it’s impossible to follow the path of Iraq or Libya. We need to work, let's say, on a different program. And such work should be based not on political statements (let them be at least three times attractive), but on economic expediency, conjugated and with big politics as well. Politics here is still put exactly in the background. The expediency is to give strength to the Russian ruble, to extract more profit from the sale of our own raw materials, given that our raw materials are in great demand on the world market, and to reduce our dependence on foreign critical days. To achieve such a goal, it is not enough to announce to everyone around that we are going to sell our oil and gas to them exclusively for our rubles. It is necessary to build a system in which such a sale for foreign buyers will also be attractive.

One of the points of such a system is the development of the Russian banking sector, especially in its foreign part, plus the creation of a Russian stock exchange that will sell oil only for rubles, starting from the domestic market. Today, even if some state in the world wants to buy "black gold" for the Russian currency, it is unlikely that it will just work out. Such a state will have to exchange its funds for rubles, losing on transactions. After all, the countries that buy gas and oil from Russia are unlikely to have accounts in rubles today (but they simply have to have accounts in dollars on the orders of the IMF, in which the United States has the largest share). This means that the main task of high-ranking Russian economists is that foreign buyers of Russian hydrocarbons have the opportunity to pay us in rubles, not only not having problems with the availability of rubles directly, but also realizing that this is simply profitable.
Perhaps, at first, it will somewhat reduce the price of oil, but it will stabilize the Russian ruble, which today throws it into heat or cold by just a click of the fingers in the White House and the US Federal Reserve. Already in the medium term, this may lead to a chain reaction of refusal and other countries from the calculations in unsecured dollars, which stabilizes the price of oil. Utopia? Hardly...

Another question is whether Russia will be given to promote such a position in the world? The answer from the liberal economists of the "Gaidar" wave: they say, it would be better not give to Russia itself did not go to the bottom. But somehow, less and less I want to listen to the opinion of these gentlemen, who at one time did everything that depends on them, so that with the presence of the enormous wealth of Russia, our economy would not suddenly become truly competitive. It turns out that you need to do everything to promote this position we were given. And this can be done first at the regional level, and then with the extension to those remote states that assess the economic viability of trading outside the dollar field. But for this you need to work, and not to engage in endless lamenting about what, maybe, everything will go all by itself, and Big Brother will become kinder and more sympathetic. Will not become!

Only own will, own work and rational approach to the implementation of the idea.

Ctrl Enter
Noticed oshЫbku Highlight text and press. Ctrl + Enter
We are
Iran in the Syrian conflict. The confrontation with Saudi Arabia and the interests of the ShiitesAir Force and Saudi Arabia
Military Reviewin Yandex News
Military Reviewin Google News
257 comments
Information
Dear reader, to leave comments on the publication, you must sign in.