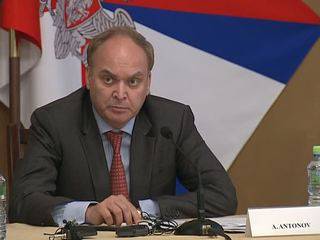 
"We drew attention to the statements of NATO member countries on the suspension of cooperation with Russia in connection with the events in Ukraine, adopted on the basis of meetings of foreign ministers in Brussels on April 1-2. Next to the confrontational statements, the Alliance Secretary General once again noted Deputy Minister of Defense of the Russian Federation.

He added that such actions, in view of the unprovoked build-up of NATO military forces in Eastern Europe in close proximity to the Russian borders, do not contribute to the de-escalation of tensions in the region. Antonov recalled that it was for this that the Russian side was strongly urged by the American and European partners.

Antonov also stressed that the decision to suspend cooperation with Russia on civil and military lines nullifies the results of joint work over the past few years. “We would like to hope that in Brussels they have well calculated the consequences of such a step for security in Euro-Atlantic,” said the Deputy Minister of Defense of the Russian Federation.

According to him, further cooperation with the alliance on a military line will be built on the basis of practical steps of partners to "contain" Russia.