April 4 2014
40
Chengdu J-10 - Chinese multi-purpose all-weather fighter. This fighter was designed and manufactured by the Chengdu Aircraft Industry Group (CAIG). The export version of the fighter has the designation F-10. In the west, the car is also known as the Vigorous Dragon, the Swift Dragon. 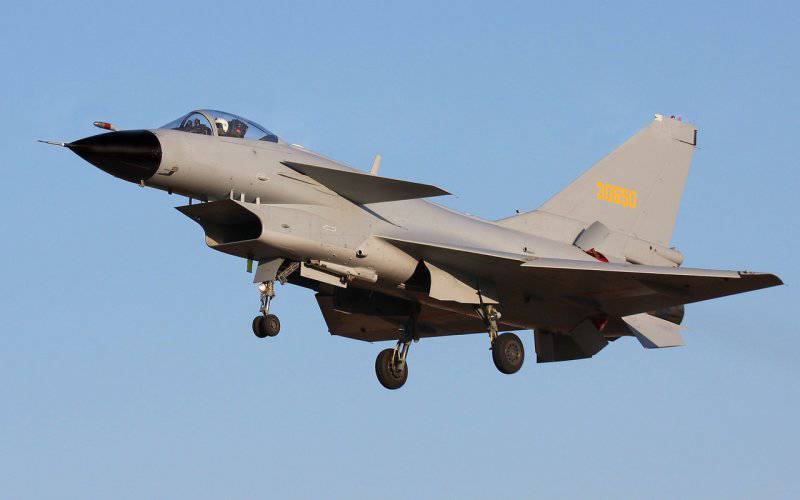 In China at the beginning of the 1990's began to develop a new generation of fighter aircraft, which, in terms of its combat potential, was supposed to approach such aircraft as the EF2000, the Rafale or the MiG-29М. Naturally, in the People's Republic of China they could not solve such a difficult task without cooperation with foreign companies that own the most modern aircraft manufacturing technologies. When developing this machine, probably the most unusual international symbiosis arose, which united Chinese, Israeli and Russian specialists.

The basis of the fighter Chinese designers took Israeli aircraft IAI "Lavi". In Israel, work on their aircraft stopped in 1987 year under pressure from the United States.

In the open press, the first information about the new fighter appeared in October 1994 of the year. Then, in the press with reference to the US space exploration, it was reported that in Chengdu they were building a plane that, with its size and shape, resembles the Dassault fighter Rafale or Eurofighter EF2000.

Later it turned out that the formation of the appearance of the J-10 fighter was attended by specialists from the Israeli company IAI, who transferred the Lavi fighter technology to China. The Russian fighter participated in the program of the Chinese fighter aviation industry. In particular, it was decided to equip the aircraft with the Russian AL-31F twin-engine turbojet engine, which is also installed on Chinese Su-27 fighters. Negotiations on the acquisition of a license to produce this engine at Chinese enterprises were also reported, but Russia does not show interest in transferring the latest aircraft engine technology to China.

The aircraft development program was declassified on December 29 2006. Russian consultants from the MiG Design Bureau and TsAGI took part in the creation of the J-10. The new Chinese fighter uses engines from the Russian and Chinese-made Saturn research and production association (licensed). In addition, in the development of the aircraft were used sold to Israel by China development fighter IAI Lavi. In terms of dimensions, the J-10 occupies an intermediate position between the F-16 fighter and the Typhoon or Rafale, but it is significantly larger than the Israeli Lavi. As of August, 2012 was produced around 270 machines. 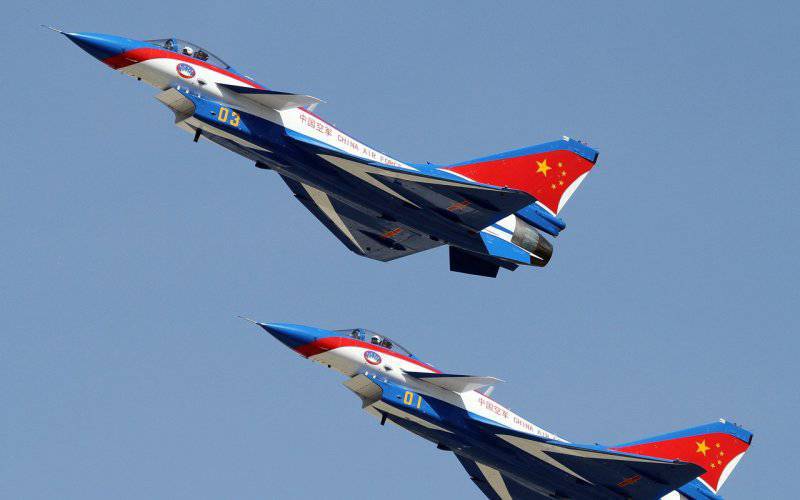 The fighter is made according to the aerodynamic "duck" scheme. Its aerodynamic layout is optimized for flying at supersonic speeds and performing energetic maneuvers with access to significant angles of attack.

Fighter J-10 has an aerodynamic "duck" with a mid-winged delta wing, swept, closely spaced to the wing front horizontal tail and single tail vertical tail. Basically, the airframe is made of aluminum alloys and carbon fiber. The use of limited measures is assumed to reduce the aircraft’s radar visibility.

The integral part of the triangular low-lying wing at the root has a large profile thickness, which decreases further along the span. Approximately at 45 percent of half length, it fits with a PTS (wing detachable part), formed by profiles with significant twist and small relative thickness. Wing mechanization - flaps and deflecting socks on the PTS. 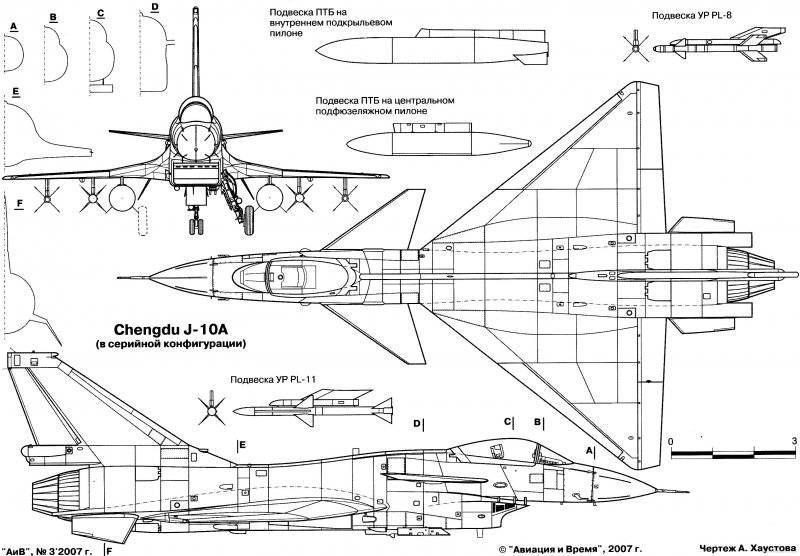 Structurally, the fuselage consists of three compartments. The front compartment is used to accommodate: the pilot's pressure cabinet, the radar station, the electronic equipment compartment, the air intake, and the front landing gear niche. In addition, it has a front horizontal tail. In the central part are the fuel tanks, the air channel of the engine and the niche of the main landing gear. Vertical tail, beams with ventral ridges and four brake flaps are mounted on the tail section. Inside is a compartment of the power plant. Chassis - tricycle retractable into the fuselage. The front support (having two wheels) develops on a stream, one-wheel main - against. On pre-production aircraft and prototypes, the front support niche was closed by a pair of side flaps. On the serial fighter Chengdu J-10A and J-10B in the design included the third wing - the front. The cockpit lantern has an unprecedented glazing area for China's aircraft industry - the pilot is provided with almost all-round visibility. 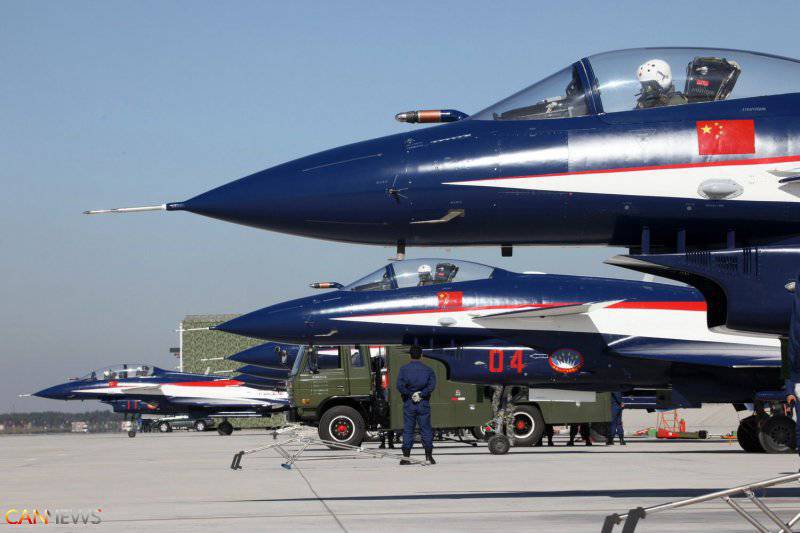 The design of the aircraft is mainly made of aluminum alloys; composite materials are used relatively little. Cabin - hermetic, ventilation type. The ejection seat provides rescue in all flight modes.

In the root of the keel is placed a container with a brake parachute. To increase the fighter's road stability at high angles of attack (in this case, the keel is “shaded” by the fuselage), two behind-body keels, deflected to the outside, are installed on the tail beams behind the wing. In the area of ​​the keel on the sides of the fuselage there are two brake flaps. Two aerodynamic ridge located in the rear fuselage.

Above the wing behind the cockpit is located the front horizontal tail, which increases the lift coefficient at high angles of attack.

Wing - small elongation, triangular, with a straight rear edge to increase the efficiency of controls and mechanization. Two sections of elevons are located on the rear edge of the wing. The wing on the leading edge has a vortex-forming "canine". It is equipped with elevons and a two-part rejectable toe.

A single-circuit turbojet engine with an afterburner chamber AL-31FN of Russian production was used as the power plant of the aircraft. Engine weight is 1538 kg. Maximum afterburner thrust - 12500 kg. According to the first supply contract between China and Rosoboronexport, 2002 engine data was supplied in 2004-54. After that, another contract was signed for the purchase of 100 engines. In total, the needs of the PRC are estimated at approximately 250-300 units. The plans of the Chinese military include replacing engines exported from Russia with similar domestic WS-10ATai Hang. The modification of the Chengdu Super 10 fighter is distinguished by the installation of the AL-31FN М1 engine. The maximum afterburner has been increased to 13500 kgf.

The air intake is ventral, two-dimensional, adjustable. The cross section of the "throat" is changed by two moving panels. This design provides the necessary degree of pressure increase in various flight speed ranges, however, it increases the effective dispersion area, increasing the visibility when irradiated with a radar station in the forward hemisphere. On the J-10B version, the shape of the air intake was changed. 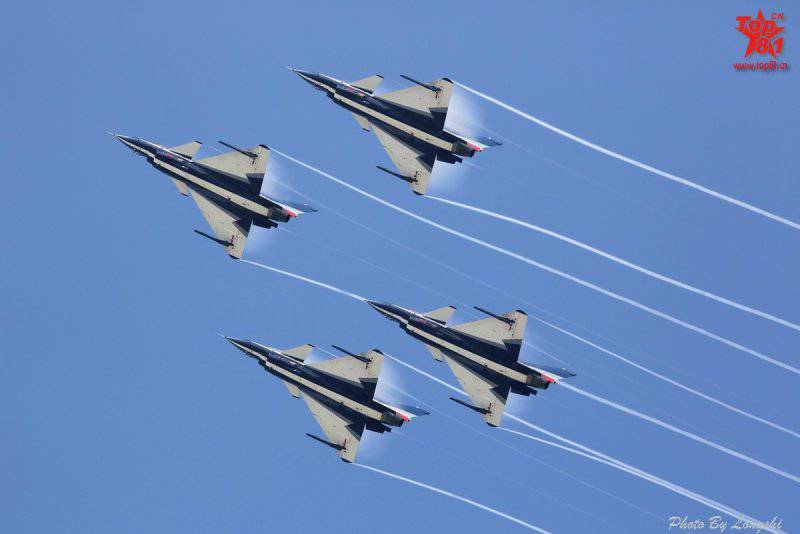 The Chengdu J-10 fighter has an internal fuel capacity of 4950 liters. Fuel tanks are located in the fuselage. Under the fuselage (central assembly) and under the wing, three additional fuel tanks can be suspended. To increase the duration of the flight and the radius of the aircraft can be equipped with a fuel receiver system for refueling in air such as "hose-cone."

To ensure a high level of maneuverability, the Chengdu J-10A fighter was made statically unstable. This, in turn, necessitated the use of a four-time redundant radio control system. This is the first nationally developed combat aircraft on which this technology is applied. To create this system used the most modern computing equipment. Fighter cockpit architecture, avionics and fire control systems are significantly superior to those of other combat aircraft developed in China. For example, information about the tactical situation and flight parameters is displayed on three multifunctional displays, and also projected onto the windshield.

In the cockpit, the controls are made on the principle of HTAS (hands-on-the-throttle-and-stick) - everything needed to control the controls is under the pilot’s hands, which lie on the engine control lever and on the aircraft control stick. Thus, the pilot can control the aircraft without taking his eyes off the sight or horizon. The computer control system provides automatic navigation and prevents the conclusion of the machine on potentially dangerous modes. The helmet is attached to the standard equipment. 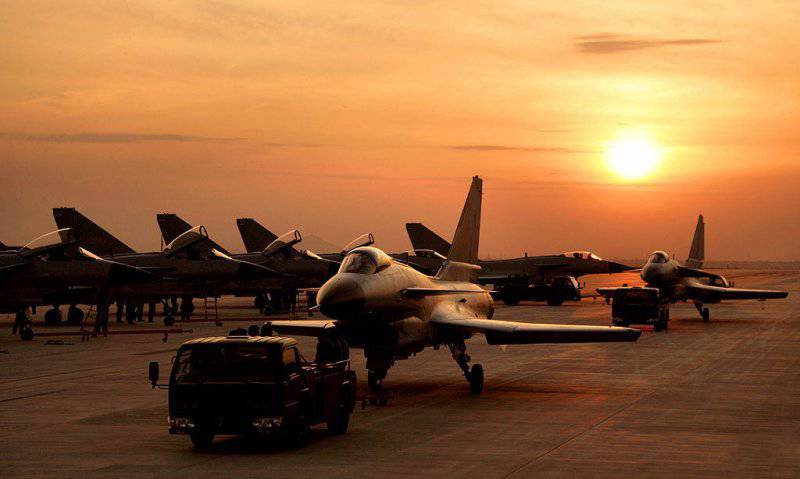 The fighter is equipped with a digital flight data calculator, GPS / INS navigation equipment and an irradiation warning system by the ARW9101 radar stations. The Russian corporation Fazotron-NIIR, for the Chinese order, developed for Chengdu J-10A a multipurpose radar station RP-35 “Pearl”, equipped with a phased antenna array. According to the developers, this radar can accompany air targets simultaneously up to 24 and is capable of working “on the ground”. In China, at the same time, the development of its own JL-10A radar is being completed (in some sources it is referred to as “1473 Product”). The detection range of fighter targets of this radar is of the order of 100 km, at the same time it can be accompanied by up to 10 targets with shelling four of them. Until now, it is not clear which station is installed on serial machines.

Export versions of the fighter may also be equipped with other radars, including the Russian 010 “Beetle 10PD”, the Israeli IAI Elta EL / M-2023, the Italian GalileoAvionicaGrifo 2000 (for political reasons, purchasing the latter for China may be problematic).

The Chengdu J-10A fighter is equipped with a double-barreled built-in 23-millimeter cannon placed on a special easy-detachable carriage from the left side of the fuselage behind the front landing gear compartment. According to some experts, this weapon is a copy of the famous Soviet cannon GSH-2-23, which was previously widely used on the MiG-21 and MiG-23 fighters.

On the nodes of the external suspension (seven points) it is possible to place weapons with a total mass of 4500 kg. For the destruction of air targets fighter can arm 2-4 medium-range guided missiles PL-11 with a radar homing head (Italian licensed guided missile Aspide Mk.1) or PL-12 (ShanDian-10 or SD-10) of Chinese design. For close combat, PL-8 guided missiles with an infrared homing head (Israeli licensed Python 3) mounted on wing external pylons are used. On the plane can be installed Russian guided missiles P-73 and P-77, or the American "Sparrow" and "Sidewinder." Ground targets can be destroyed with the help of free-falling and adjustable (with a laser homing head) LT-2 and LS-6 aerial bombs or unguided aircraft missiles. Surface targets can be destroyed using solid-fuel guided missiles YJ-8K and C-801K or an anti-ship guided missile C-802 equipped with a turbojet engine. To destroy ground-based radar fighter can be equipped with a guided missile YJ-9. In addition, air-to-surface missiles, unguided aircraft missiles, free-fall bombs, and other weapons can be used.

The fighter’s passive self-defense system includes a BM / KG300G container with jamming equipment. Also J-10A can be equipped with a container KZ900 (equipment for electronic intelligence).

The first flight of the prototype took place 23.03.1998 of the year. The public debut of J-10 took place in November 2002. The machine was presented at the Zhuhai air show. According to various estimates, China has deployed from six to ten prototypes in the flight test program.

Operation of the Chinese fighter Chengdu J-10A was not without disasters. 1 August 2009 of the year J-10, which is armed with the Chinese Air Force and piloted by Men Fanshen, crashed. The cause of the crash was a technical failure of the engine. The pilot managed to eject.

J-10S - Double Fighter. Designed to solve the problems of training, electronic warfare, target designation and guidance, as well as for the destruction of ground targets.

J-10B - an upgraded version of the J-10A. Equipped with a WS-10A engine, a “subtle” recessed air intake, an onboard radar with an active phased antenna array and a front-end optical positioning station. 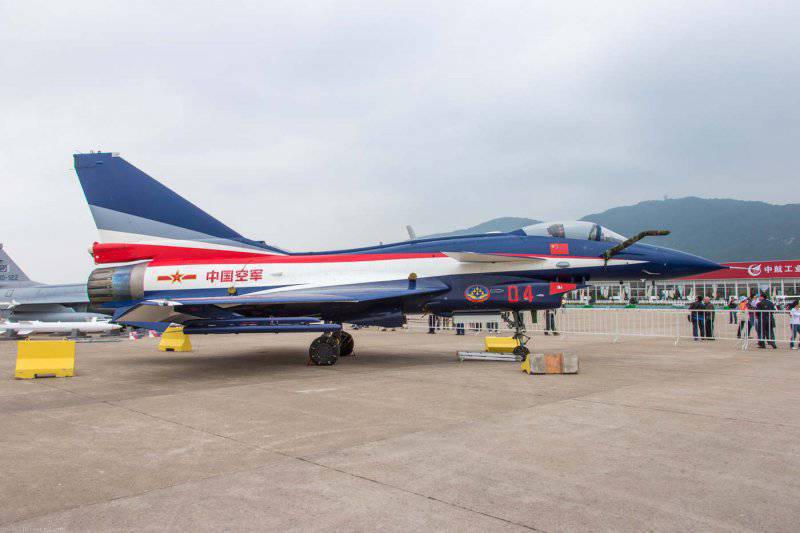 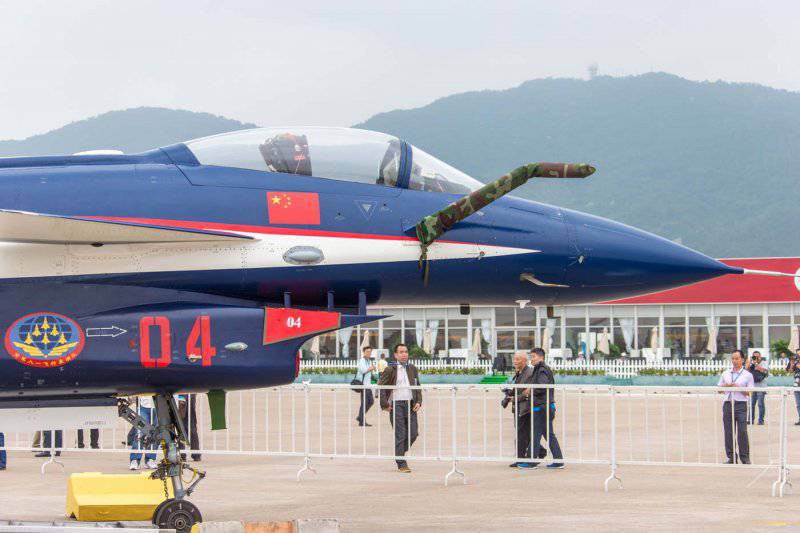 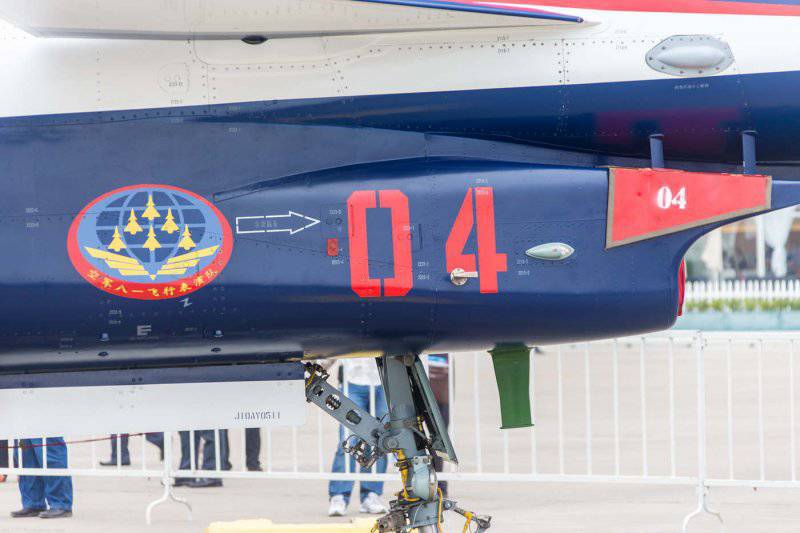 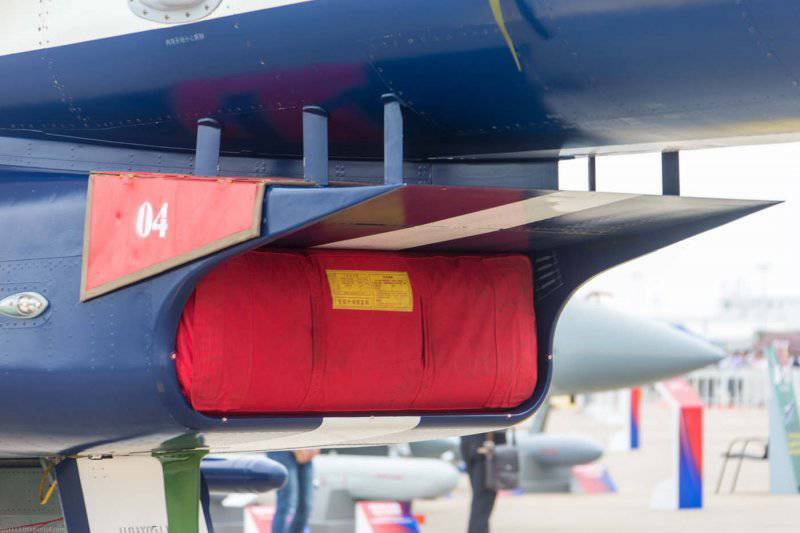 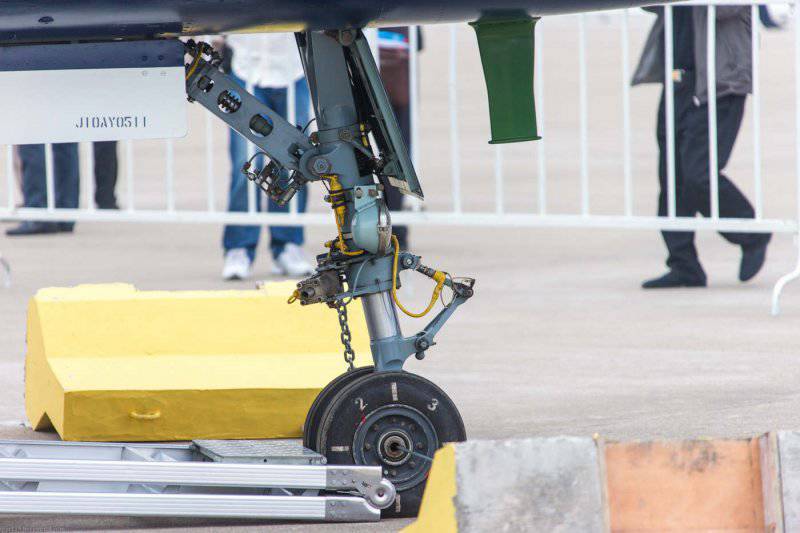 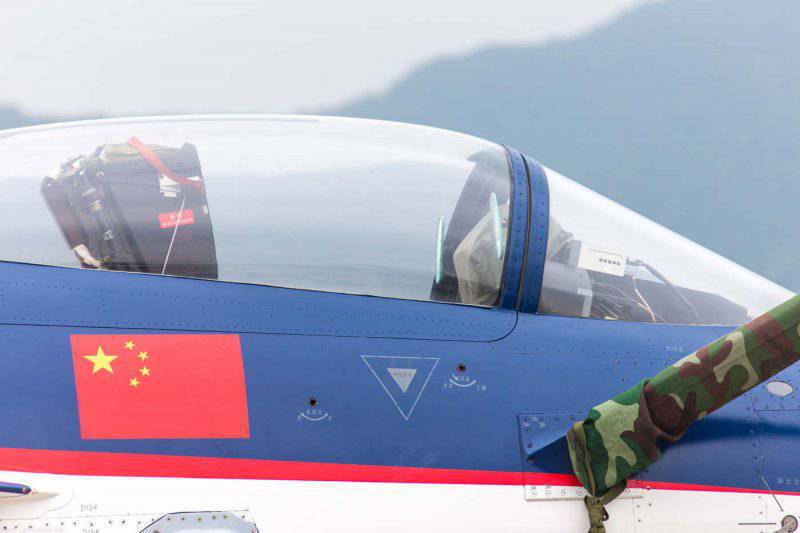 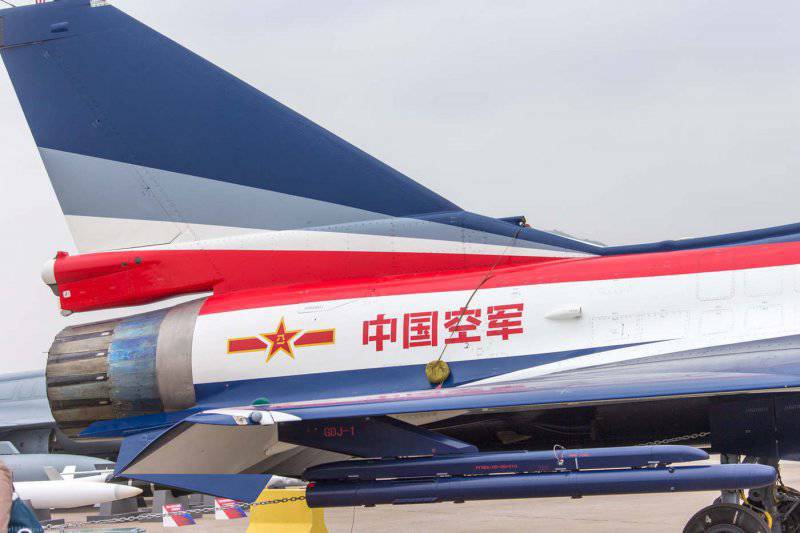 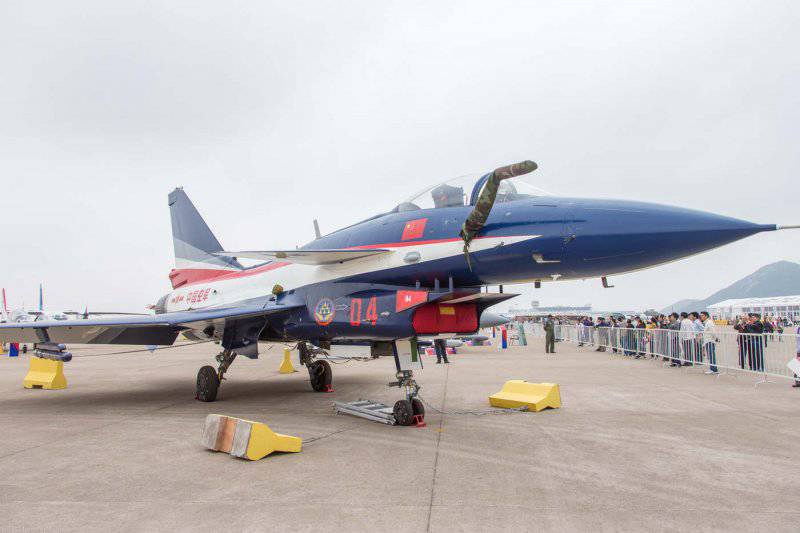 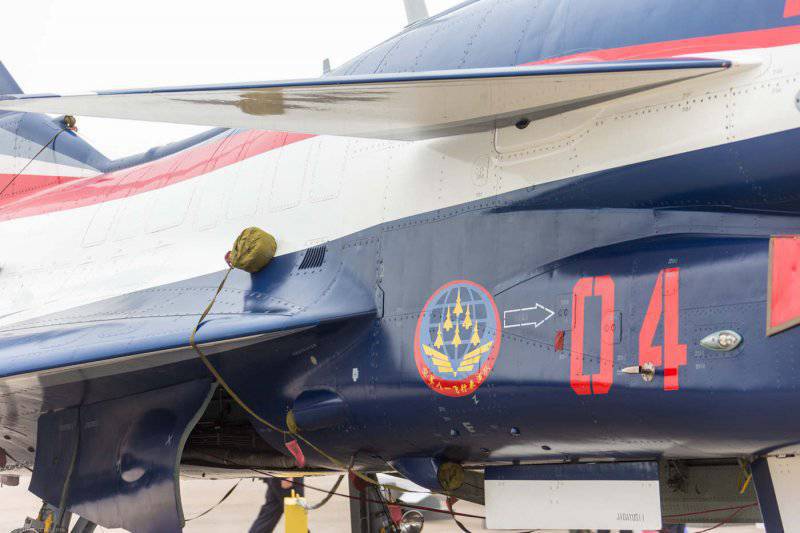 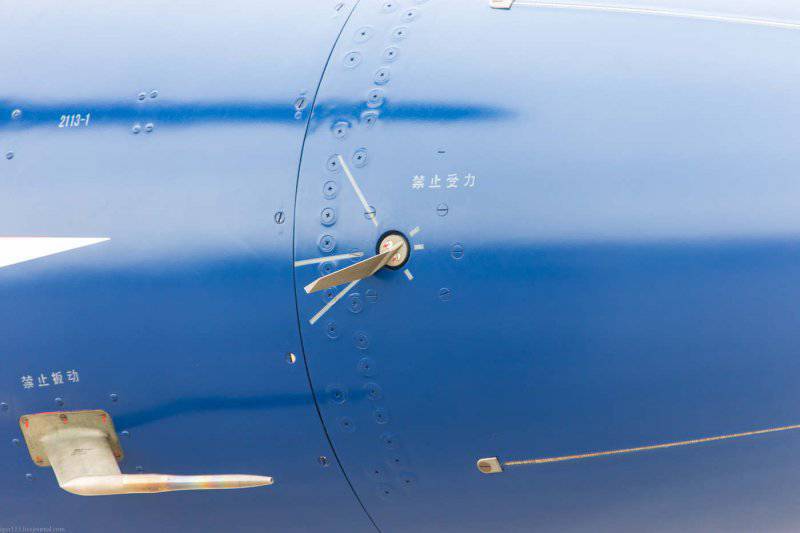 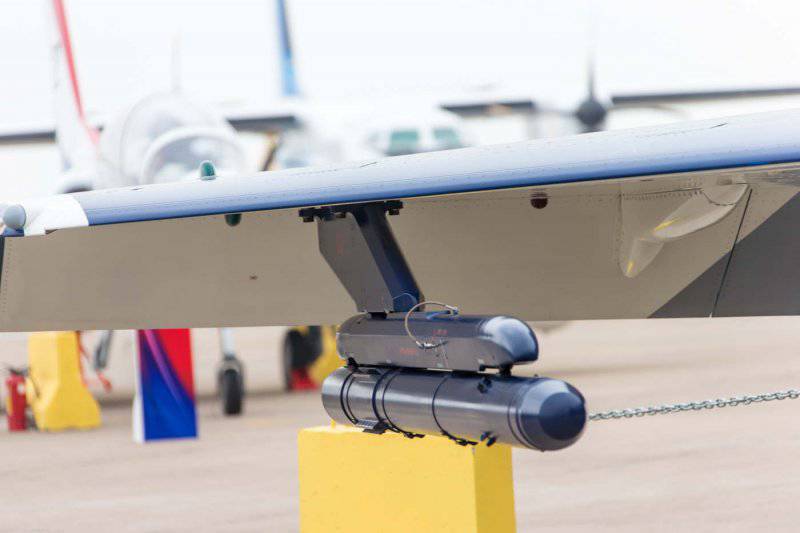 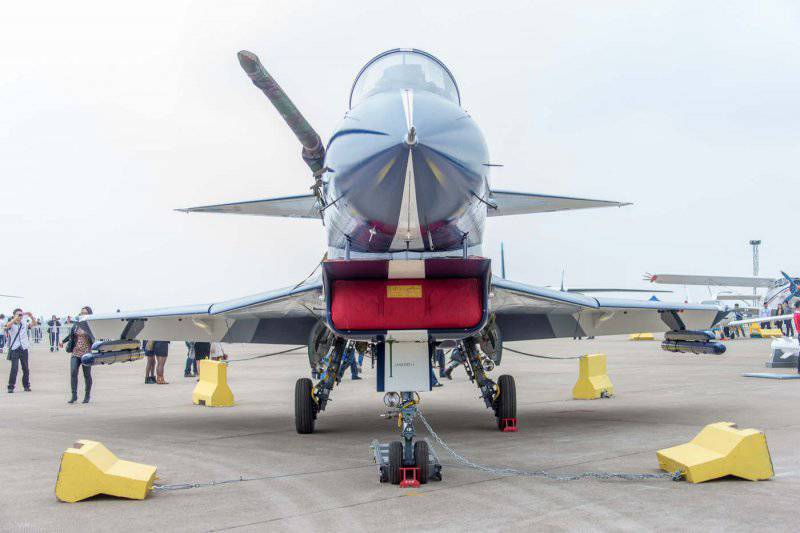 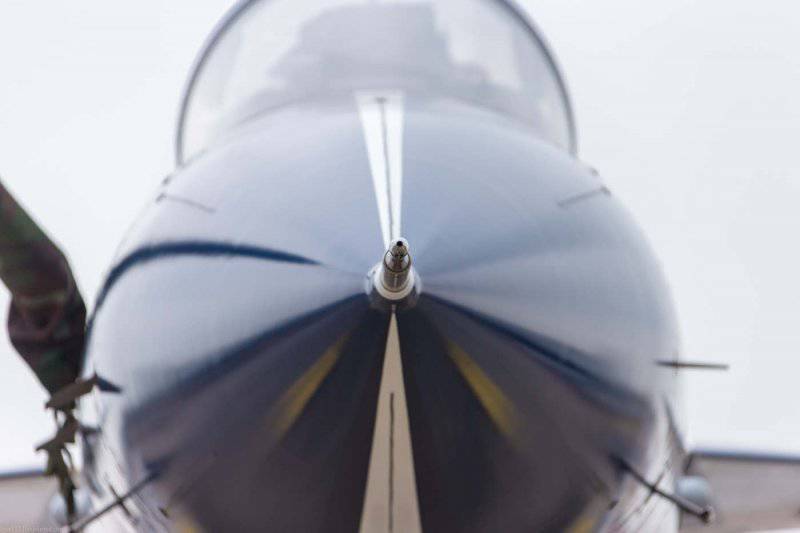 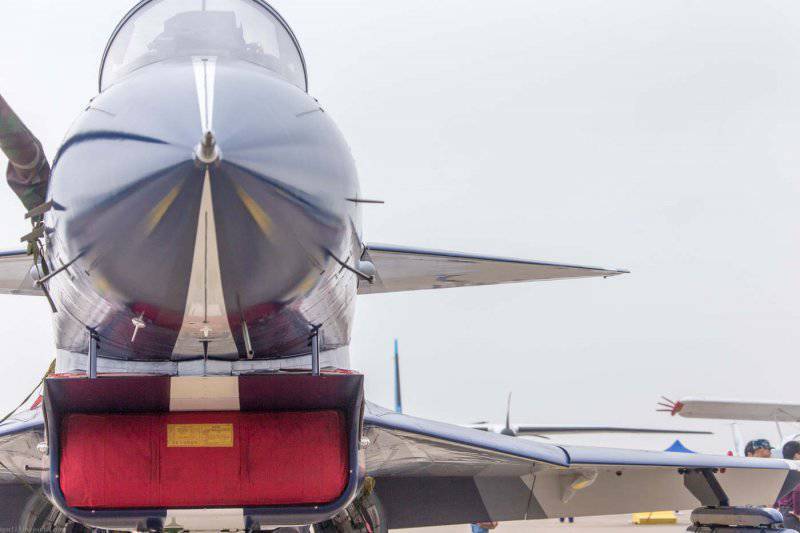 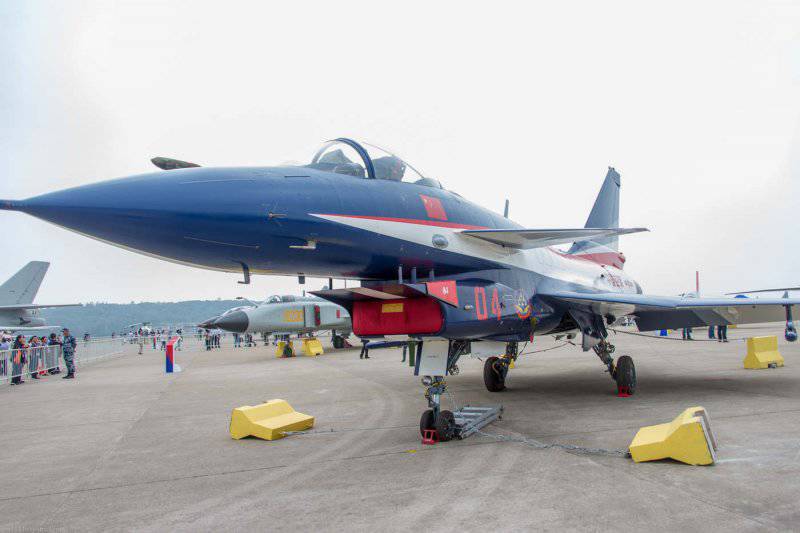 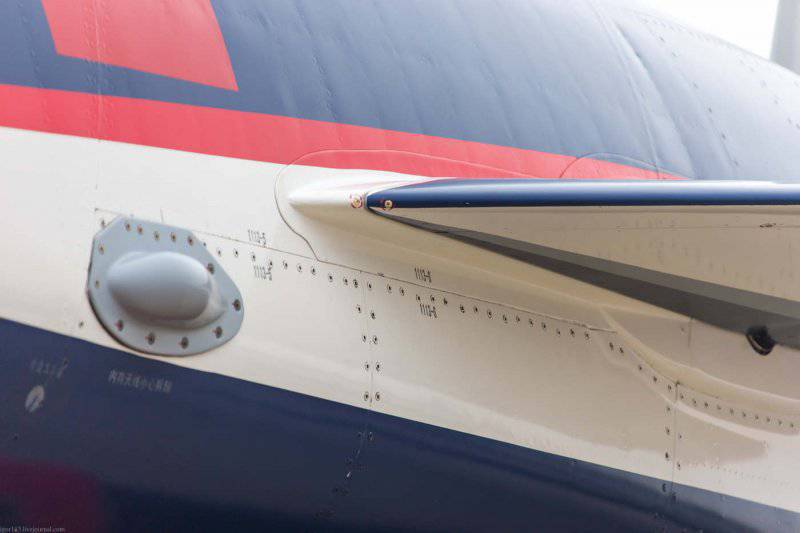 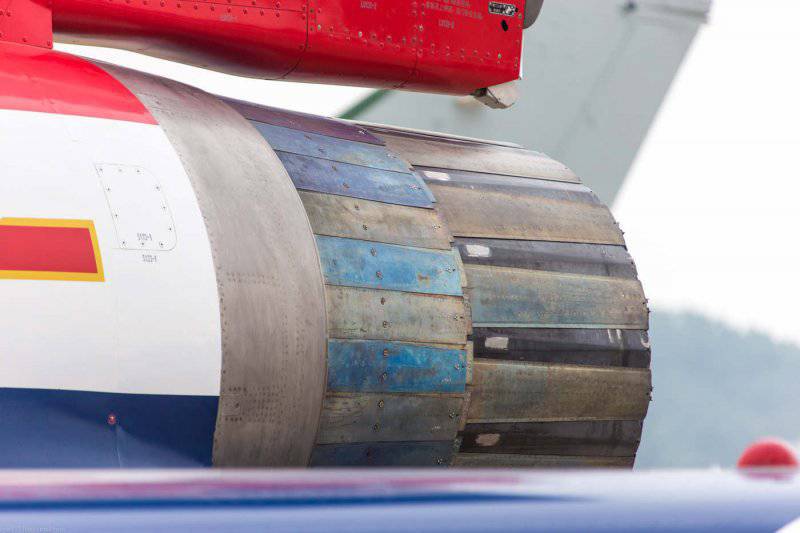 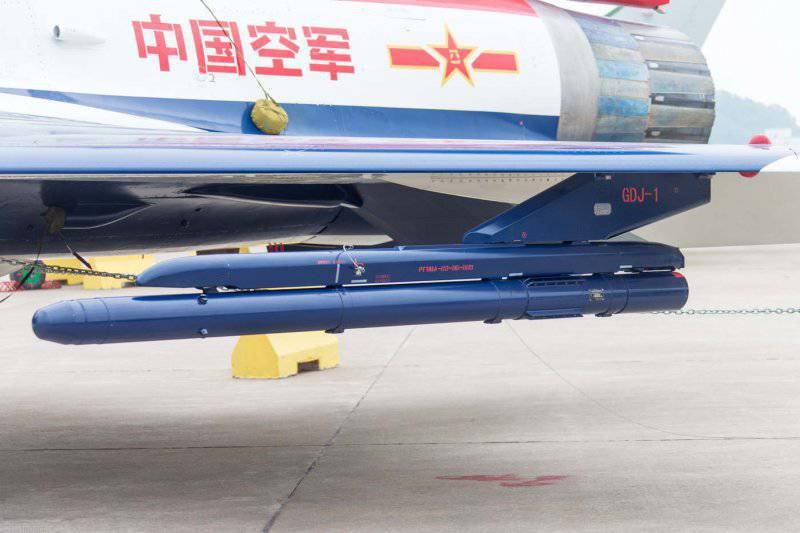 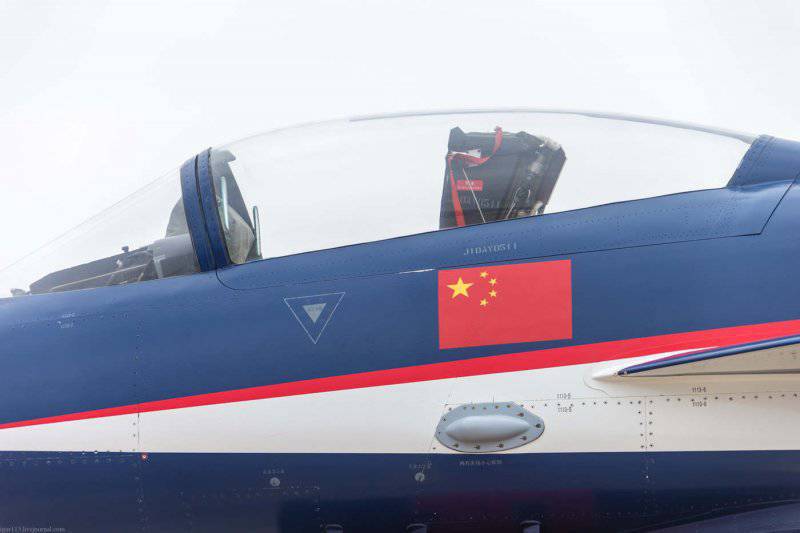