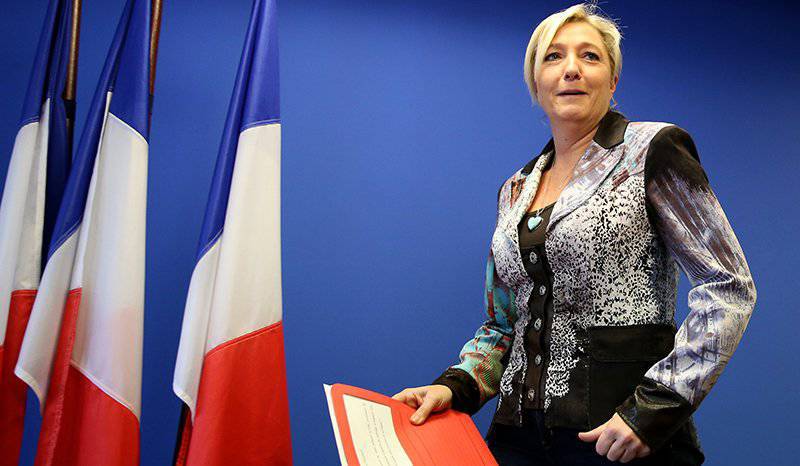 In France, regular municipal elections were held, which could be called mediocre, if it were not for one “but”: the Right Party “National Front” won an unconditional victory. This means that the idea of ​​European unity loses its attractiveness, and in the near future a pan-European project can be buried. Forever and ever. As well as the Euro-Atlantic: the National Front is in favor of France’s withdrawal from the NATO bloc.

The collapse of Eurosocialism

Socialism with a European face is becoming less and less popular, as the socialist parties demonstrate unprecedented stubbornness, trying to achieve universal equalization and conducting large-scale social experiments. Especially Francois Hollande distinguished himself: same-sex marriages were legalized in his Fifth Republic under his strict guidance. This caused a lot of protests; on the streets of Paris took hundreds of thousands of citizens. Outraged citizens demanded to abolish legal reform, to return to the normal relations of the sexes. Alas, the socialist government ignored the opinion of compatriots.

Voter discontent stems from the fact that the rule of the socialists in France coincided with the crisis years. Farmers who in their own skin have experienced a sharp reduction in subsidies from the state budget have been very hard hit. French entrepreneurs remember this difficult time, including the policies of the socialist government, and no longer wish to see them in power.

The collapse of the ratings of the socialist party is associated with two military campaigns in Africa: France took an active part in the overthrow of Muammar Gaddafi in Libya, and now its troops are fighting in Azawad province in northern Mali. The senseless neo-colonial wars cause bewilderment among French voters. The government did not find excuses for its actions on the Black Continent, and the French do not understand why they should die far from their homeland in order to protect the interests of local kings.

So far, only the contract army is saving the situation - the mercenaries do not ask unnecessary questions and are not at all interested in why they are sent into the desert or the jungle. However, expenditures on military campaigns are prohibitively high, and French taxpayers are outraged that their money is being spent in a meaningless way.

Therefore, the victory in the municipal elections headed by Marine Le Pen of the “National Front” is a logical consequence of the policies implemented by the socialist government. The French have lost confidence in the experimenters, and they want to live in a stable country, where power belongs to people who are ready to defend the interests of the French people.

The party of Marine Le Pen may become a favorite in the next parliamentary elections, and Le Pen herself has every chance of becoming the president of the Fifth Republic in 2017. It seems that over the next three years, Francois Hollande, along with his associates, will break a lot of firewood - now the politician wants to join the sanctions against Russia, which will hurt the French economy.

Marine Le Pen, in turn, wants to maintain friendly relations with Moscow. The leader of the National Front understands the importance of a strategic alliance between Russia and France. Le Pen supported Moscow’s position on the “Crimean issue”.

In the program of the “National Front” - and distancing from Brussels officials. At the same time, supporters of European integration are the enemies of France, since the strengthening of transnational structures in Europe will eventually lead to the loss of sovereignty by European states. Marine Le Pen proposes to preserve the independence of the Fifth Republic, refusing close cooperation with European and transatlantic structures, including NATO.

However, a sharp turn of France in the foreign policy arena is not beneficial to the West itself. In Brussels, be sure to try to discredit the "National Front". Nothing to blame the most powerful party of French patriots almost in fascism. Similarly, the EU has already acted in Austria when the ultra-right party came to power in this country at the beginning of the “zero”, and in Hungary after Jobby was able to strengthen its position.

The municipal elections in France this year have become a kind of indicator of political sentiment. It is already possible to predict who will be the main rivals in the struggle for the presidency, and how the votes will be distributed.

Marine Le Pen already has experience in presidential elections. In 2002, the leader of the National Front won 16,86% of the votes in the first round and 17,79% of the votes in the second. However, the popularity of the party led by her is growing: according to the results of the municipal elections 2008, the National Front could not form a deputy majority in any of the municipalities; now the party won an unconditional victory immediately in 11 municipalities.

Positive trends for the "National Front" have been noted in the parliament. So, in 2012, Marine Le Pen managed to hold his deputies to the National Assembly, which became a sensation: after the reform of the electoral system, the Gaullists, together with the socialists, ensured that the right-wing parties had no chance to get into parliament. Now there are only two deputies from the National Front in the National Assembly, although in the 1986, the party got 35 seats.

This suggests that socialists - supporters of European integration - view the right as a very serious threat to their monopoly on power. For this, the ruling alliance is ready to make an alliance even with such sworn enemies as the Gaullists.

In turn, the current president of the Fifth Republic, Francois Hollande, has a rating equal to just 20%. This is a record low for modern France: none of the politicians, while in the presidency, enjoyed so little support. It should be assumed that the popularity of Hollande will continue to decrease: another military company, another crisis in the economy - and voters will curse the French socialists.

Le Pen tries on the role of national leader

Compared with the current president, Marine Le Pen has several advantages that will help her come to power in France and drastically change this country's foreign policy - from confrontation to friendship with Russia, from Euro-Atlantic imperialism to international equality.

First of all, Le Pen has a sharp mind and no less sharp language, and easily smashes his rivals during political debates. Journalists try not to invite her to the debate - apparently, as directed “from above,” but for Marin, it will still not be difficult to tear any of his opponents to pieces.

Le Pen is also the only French politician to oppose further rapprochement with Brussels. This will play into her hands: the number of euro-skeptics in France is growing every month. By the beginning of the presidential campaign, the majority of the French, perhaps, will support the candidate who can offer an effective alternative to the European Union. And Marin is already working on the development of such an alternative program.

In addition, the "National Front" has changed its image. In the past, the party was a model of leaderism — Father Le Pen wanted to see it that way. But Marin abandoned the vertical structure, and declared herself first among equals. The politician also refused to cooperate with such odious foreign organizations, such as, for example, the Ukrainian Freedom. The change in image attracted those voters who had previously refused to support the National Front because of its authoritarianism and friendship with overt Nazis, albeit foreign ones.

Unlike liberals and socialists, the National Front is not afraid to discuss topical issues of domestic policy. The party successfully combines the ideas of the right and the left: on the one hand, it advocates toughening migration control, on the other, it wants to reform the social sphere in favor of the workers. Due to the anti-immigrant rhetoric, the National Front is defeated in such outposts of the Islamic world, as the suburbs of Paris and Marseille.

Thus, the party, in addition to its traditional parliamentary rivals, is opposed by migrants from the Arab world who have flooded France in recent years. And if the National Front regards the European Union as an external threat to French sovereignty, then the domination of the newcomers is viewed as an internal threat.

Strengthening the position of the party in the last municipal elections is just a small step. In the future, the organization should become nationwide: residents of far from all regions of France are familiar with the party program, and traditionally rely on the socialists - who, by the way, have disappointed the electorate.

However, the head of the National Front, Marine Le Pen, is a very famous and popular politician, and therefore she has a chance to win the presidential election, even if the party remains in the shadows. And since the powers of the President of the Fifth Republic are broad, control over parliament is not the main task of the “front”, and it is quite possible for one person to change the foreign policy course of France. Victory in the municipal elections is only an indicator of political sentiment in the republic - sentiments that can change the course of the world stories: it seems that the French voter has the role of the undertaker of a united Europe.

Ctrl Enter
Noticed oshЫbku Highlight text and press. Ctrl + Enter
We are
Neither the European Union, nor the euro, nor unemployment, nor poverty: the wonderful program of Marin Le PenMarine Le Pen called Hollande Rokhley and admired Putin
Military Reviewin Yandex News
Military Reviewin Google News
170 comments
Information
Dear reader, to leave comments on the publication, you must sign in.