April 4 2014
20
History CAA began in 90's, when a young officer of the anti-terrorist unit of the Israeli police, Moshe Oz, participated in a night operation to neutralize armed criminals. At that time, the standard systems for attaching tactical accessories had not yet appeared, so the police had to fasten night lights to the Solt Commando carbines with electrical tape. During the operation, Oz’s unit had to secretly get to the place where the criminals were. At that moment, the improvised mount of one of the lanterns burst, and he turned on when he hit the ground. This incident could destroy the entire group, showing how important every detail in equipment and fighters equipment. 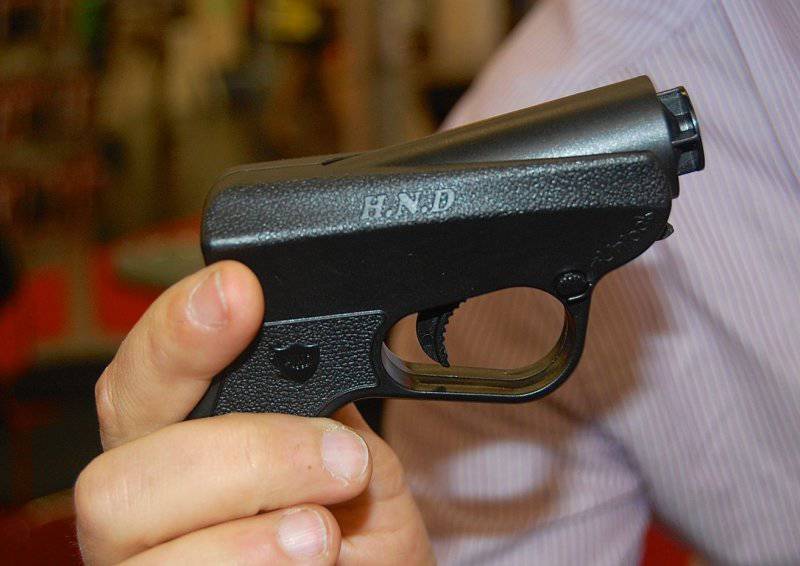 After this incident, Moshe Oz decided to found his own company for the production of various armory accessories. The first product was developed personally by Oz. It was the original three-rail system, which was attached to the forearm of the weapon, allowing you to attach the front grip and tactical flashlight to it. The company recently celebrated its 250th anniversary and now has more than 75 different products in its range - rail systems, handles, butts, tactical flashlights and others. The annual turnover of the company, which is located in the small town of Kiryat Gat (in its vicinity, the legendary David and Goliath fought), is fifty million dollars. Almost 60% of its products are exported to the United States, with CAA Tactical's second major overseas customer in the Philippines. A branch of the company is opened in Pennsylvania. It is led by Moshe's brother Eldad. The company employs XNUMX people, most of whom are former members of the elite army, intelligence, air force, as well as special forces and anti-terrorist units. The skills of professionals allow CAA Tactical to produce products that meet all the requirements of clients from law enforcement agencies.

It is worth noting that the company works not only in the military and police market, but also in the civil self-defense market, in particular, it produces remedies for women. At the exhibition IWA OutdoorClassic 2014 in Nuremberg, there was a presentation of the new development of an Israeli company - the original means of self-defense, a hybrid of a gas pistol and a gas spray, called Lady Jean, the site reports all4shooters.com.

Gas spray - it is an effective and compact means of self-defense, widespread due to its low cost. However, its main advantage over other types of permitted "non-lethal" weapons: traumatic and gas pistols and revolvers, stun guns, is that when using it, death or serious bodily injuries of the attacker are completely excluded. And the matter is not in one humanity, the actions of the defender must be within the law, not exceeding the conditions of "necessary self-defense." In the absence of witnesses, it is difficult to prove the legality of the damage caused, since a robber or a rapist may state in court that he did not have any criminal intent, therefore the victim may well turn into an accused. 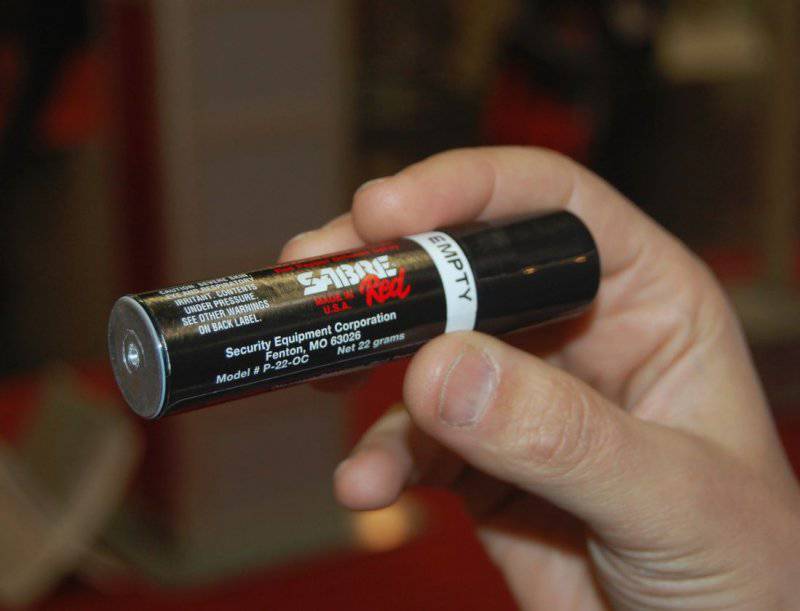 But the gas spray has certain disadvantages. The most significant of them is the need to carefully aim, directing the jet of the irritant to the attacker's face in order to get the proper effect. According to statistics, in most cases the victim tries to sit down, attacking the criminal from below. A hand with a barrel instinctively goes parallel to the surface of the earth, so the gas jet does not get into the attacker's face.

However, the Lady Jean device (abbreviated “LJPP” - “Lady Jean” Pepper Pistol (Lady Gin pepper spray gun) does not have this drawback - it was made in the form of a small pistol. The barrel used an aerosol can with gas, which is directed at a slight angle up The gas jet is guaranteed to hit the opponent’s face from below, even in the case of a rough, instinctive aiming.

The balloon is charged with a special irritant substance (base - red pepper), which affects the respiratory organs, skin and eyes of the attacker. The rating of this composition on the Scoville scale is 2 000 000 units (for comparison, the famous cayenne pepper has 50 000 units rating). In addition, the composition of the aerosol is coloring composition, which can be seen in ultraviolet light, which allows the identification of the attacker. A special training balloon for practicing skills is included in the kit with a pistol. For replacement, use the button in the front of the device. One barrel is enough for 5 shots at 1 seconds each. Effective pistol range - 2.5 meter. 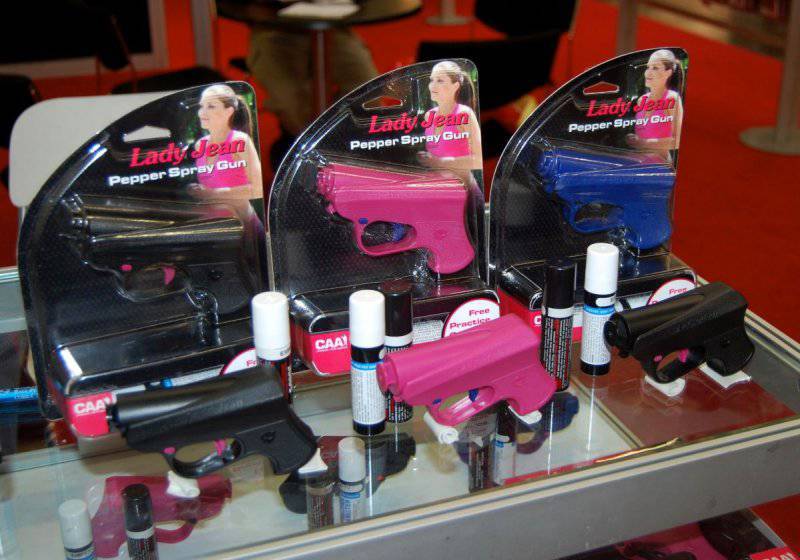 In the manufacture of parts of the gun was used polycarbonate - durable polymer, which is used to make protective helmets for cyclists and motorcyclists. Three color options are available: black, blue and pink. The gun is equipped with only two controls - a trigger and a safety device, which makes it simple and easy to use. Due to its compact dimensions (107 x 70 x 37 mm), it will easily fit in a pocket, soft wallet and handbag. The cost of a gun with two cartridges - 46 euro.
Ctrl Enter
Noticed oshЫbku Highlight text and press. Ctrl + Enter
We are
Domestic weapons: personal opinion. Special NotesDe Lisle Commando Carbin
Military Reviewin Yandex News
Military Reviewin Google News
20 comments
Information
Dear reader, to leave comments on the publication, you must sign in.