Risks of cooperation and development of the aviation industry

April 4 2014
100
Over the past weeks, the new Ukrainian authorities regularly make various statements regarding further relations with Russia. Official Moscow is accused of a variety of unfriendly actions. In addition, there are threats to break cooperation in various fields. It should be noted that some Ukrainian defense enterprises that supply products to Russia or receive necessary components from Russian partners have already announced their plans. They are not going to break existing ties and refuse to fulfill existing contracts.


Nevertheless, the unstable political situation in Kiev can turn out in a most unexpected way, and Russia should take all the risks into account. For example, an unpleasant surprise for our country may be Ukraine’s refusal to continue cooperation in the construction of aircraft. Currently, Russian and Ukrainian aircraft manufacturers are jointly building cargo and passenger aircraft An-140 and An-148. In addition, in the Russian armed forces and commercial structures there is a sufficiently large number of other aircraft developed by Antonov. Termination of cooperation may to some extent complicate their further exploitation.

To protect the industry, military and air carriers from a possible break of cooperation, it is required to take appropriate measures. The most convenient and promising method of protection against such a gap is the development and construction of its own transport and passenger aircraft of the required classes. Russian aircraft manufacturers already have some experience in this area, but it will take time to complete all the necessary work. 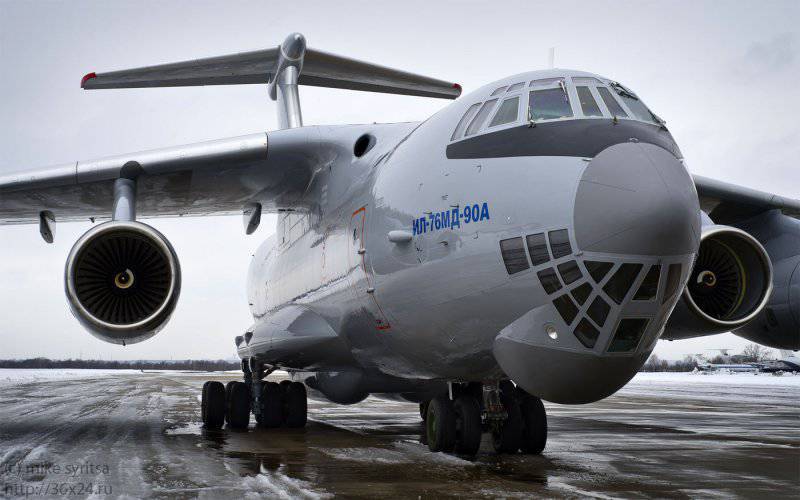 In the context of cooperation with Ukraine and protection against possible risks should be remembered history military transport aircraft Il-76MD-90А. The aircraft Il-76 for several decades were built on the Tashkent Aviation Production Association. V.P. Chkalov (TAPOiCH). After the collapse of the Soviet Union, the Uzbek aircraft manufacturers experienced constant problems, and over time, the production of new aircraft almost ceased. In the two thousandth years, repeated attempts were made to restore the production potential of TAPOiCh, including with the entry of the enterprise into the Russian United Aircraft Building Corporation.

As a result of lengthy negotiations, the Russian and Uzbek sides did not come to a consensus, which was the reason for further events. Aviation complex to them. S.V. Ilyushin created a new modification of the Il-76 aircraft under the name Il-76MD-90A, the production of which was launched at the Aviastar-SP Ulyanovsk plant. The production of IL-76MD-90A aircraft will allow updating the fleet of military transport aviation equipment of the Russian Air Force, as well as insuring the military against possible problems with enterprises of foreign countries.

In mid-March in the Aviation Complex. S.V. Ilyushin held a meeting devoted to the future of the Russian aircraft industry. During this event, the issue of cooperation with Ukraine was raised. According to V. Livanov, General Director and General Designer of the Ilyushin Company, the construction of Il-76MD-90А aircraft is associated with certain risks. 35 names of finished products used in the construction of new transport aircraft, supplied by Ukrainian enterprises. Due to the difficult political and economic situation in the neighboring state, Russian enterprises may have to look for a replacement for Ukrainian components.

Another topic discussed at a recent meeting was the development of new transport aircraft, which should replace existing equipment in the future. The leaders of the aircraft industry and Deputy Prime Minister D. Rogozin came to the conclusion that it was necessary to continue work on IL-112В projects. In addition, in the near future should be determined the prospects and the future of the project IL-114.

The creation of the IL-112 aircraft began in the early nineties, but for various reasons, the project was delayed. Within the framework of the IL-112 project, it is planned to create two planes - the military transport Il-112В and the commercial passenger IL-112Т. Documentation on the new aircraft was ready in the first half of the last decade, and for the 2007-2008 years it was planned to build an installation batch of new aircraft. In the future, the plans were repeatedly corrected, and in the summer of 2011, the Voronezh Joint-Stock Aircraft Building Company ceased construction of the first prototype of the IL-112В military transport aircraft. After some time, information appeared about the continuation of the project. 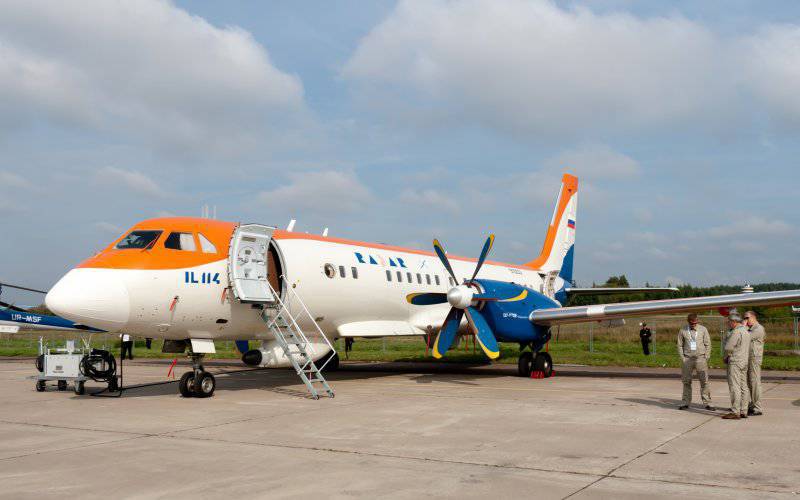 IL-112 aircraft are often considered as a possible replacement for the obsolete An-26, the construction of which was completed in the mid-eighties. New technologies allowed the authors of the IL-112 project to develop an aircraft that surpasses the old An-26 in terms of carrying capacity. At maximum load, the IL-112 family of aircraft will be able to carry up to 6 tons of cargo. With smaller dimensions and take-off weight, the Il-112 should have flight characteristics at the An-26 level. In operation, the new aircraft should be much more profitable than the old one, which should be achieved by new engines, onboard equipment, etc.

It should be noted that the decision to resume work on the IL-112 project was made last year. As part of the state defense order for the current 2014 year, funding is provided for further work to create a promising military transport aircraft. Conclusion of a contract between the Ministry of Defense and the Aviation Complex named after S.V. Ilyushin was scheduled for this year. In December last year, Deputy Minister of Defense Y. Borisov said that upon completion of the development work, another agreement will be signed, this time concerning the serial production of equipment. The first IL-112В aircraft must be handed over to the customer in 2017 year.

The number of required IL-112В aircraft is estimated at several dozen units. It is noteworthy that the new IL aircraft can replace not only the old An-26, but also the new An-140, which are jointly built by Russian and Ukrainian enterprises. Last autumn, in an interview for Vedomosti, V. Livanov noted that the An-140 aircraft, despite the already launched mass production, has some problems that may affect its future. First of all, the head of the Ilyushin company recalled the requirements for a promising light military transport aircraft, formed ten years ago. According to Livanov, Il-112В, unlike An-140, fully corresponds to them. In addition, the joint production of An-140 aircraft is associated with some serious risks. Thus, the fuselage of these aircraft is assembled by the Aviakor plant in Samara, and the Kharkiv State Aviation Production Enterprise (KSAMC) is responsible for the delivery of the wing. The state of the latter raises some concerns: the supply of important units may suddenly cease.

If you do not take into account the fact that the An-140 aircraft are already being mass-produced, and the assembly of the first IL-112В prototype was suspended several years ago, then the chances of both machines for further production look about equal, and the Russian-designed aircraft can be considered a good alternative to technology co-production. Both Il-112B and An-140 have both advantages and disadvantages, however recent events can change the situation. The extremely unstable situation in Ukrainian politics and economics, among other things, may affect the further fate of the joint project to build the An-140 aircraft and its recently created modifications. In this case, the solution to the problem of creating a light military transport aircraft becomes IL-112В.

As we see, the current Ukrainian crisis can not only affect the international situation, but also spur certain sectors of the Russian industry. The risks associated with Russian-Ukrainian cooperation can be leveled out by developing their own projects of the relevant direction. In the case of transport aviation, the solution to a problem with a possible break in cooperation will be the design and construction of self-developed aircraft.

It will take some time to fulfill such plans, but the result will justify all the costs - the fleet of military and commercial transport planes will not depend on foreign enterprises with ambiguous prospects. At the same time, such a program will help support its own industry, which will also have a positive effect on domestic aviation.