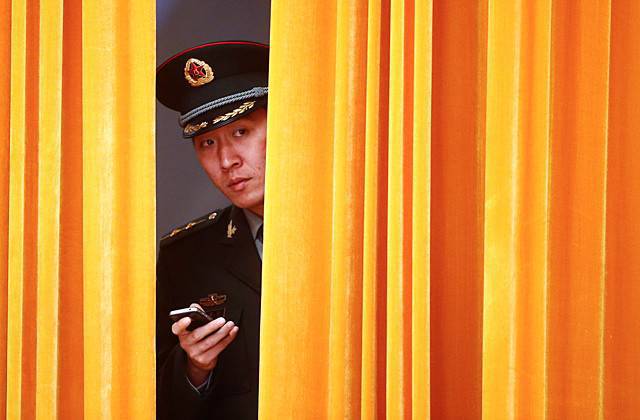 Study: China hides half of its spending on the armed forces, expert: Beijing does this, including for domestic political reasons.


The Chinese military spend much more than can be judged by the official size of the defense budget. About this writes the analyst of the Stockholm World Research Institute (SIPRI) Sam Perlo-Freeman.

Russia, which ranks third in the world in terms of the defense budget, spends almost half as much - $ 68 billion; Only the US, which spent $ 2013 billion on defense in 600, overtakes the Chinese. At the same time, official calculations do not even take into account 21 billion yuan ($ 3,4 billion) allocated to the army from the budget of the provincial authorities, Perlo-Freeman notes.

To obtain more accurate data, the SIPRI expert analyzed all open sources of information. In his opinion, the real expenditures of the PRC on the army are 55% higher than the official part of the defense budget, whose expenditure items are divided approximately equally into three main categories: personnel training, military personnel and their equipment, military equipment and machinery.

In practice, the government allocates additional funds for research and development, construction of military facilities, import weapons. Separately from the military budget, money is being spent on the maintenance of the People’s Armed Police of China - these paramilitary units ranging from 1,1 million to 1,5 million people are used to protect party organs, state enterprises and other important objects, as well as to fight organized crime and terrorism. Finally, the Ministry of Civil Administration has a special fund of funds, which is spent on demobilization payments and pensions to soldiers of the People’s Liberation Army of China (PLA).

According to SIPRI, Beijing’s real military spending already exceeded a trillion yuan ($ 2012 billion) in 166, although the official budget at that time was 669 billion yuan ($ 107,8 billion). The Pentagon estimates Chinese military spending over the same period in the amount of $ 135 billion to $ 215 billion. But, according to Perlo-Freeman, the US military did not provide a convincing justification for their calculations. Accurately taking into account all the expenses of China is extremely difficult, especially in such closed areas as research and development of new defense technologies, a specialist cautions.

The growth of the defense budget reflects the overall rate of Chinese economic growth, I'm sure Perlo-Freeman. China’s heightened attention to modernizing its armed forces is understandable - now the country's economy is the second largest in the world.

At the same time, the strengthening of the armed forces of the PRC has become a key factor influencing security in East Asia. Many neighboring countries are concerned about the low level of transparency of Chinese military spending and take this into account when developing their defense strategies. "China’s greater openness would stop the arms race in the region and would be a positive step to strengthen peace and stability between countries," the SIPRI analyst concluded.

Beijing hides military spending not for the purpose of fomenting regional conflicts, but for internal reasons, explains Alexei Maslov, director of the Center for Strategic Studies of China RUDN.

“China is now in a rather heavy fork - there is a constant struggle to reduce non-core expenses, in particular for officials. Excessive growth of the defense budget can cause discontent among the ordinary population, therefore, the authorities hide part of the expenses, ”the expert told Russian Planet.

According to Maslov, China’s military is not so much a weapon of war as a way to improve its status.

“China has begun to actively increase its budget since 2009, but the military field is still very weak and undeveloped. Despite the size of the army, in reality it lags behind the US forces, the combined power of Japan and South Korea, and in many respects from Russia. The country's authorities fear that this will not allow China to be considered a world power and they are trying to rectify the situation, ”says a Sinologist.

The danger of military conflicts in East Asia is still there, but depends not only on the actions of the PRC, Maslov insists.

“Russia is the main strategic ally of the PRC, but an acute situation may arise in the case of Taiwan, or North Korea will behave inadequately. In addition, in the region in addition to China there are such major military powers as Japan and South Korea. These factors influence at least an increase in the volume of armaments, ”the expert concludes.

Alexander Khramchikhin, deputy director of the Institute for Political and Military Analysis, wrote in the Russian Planet about what the Chinese army as a whole is about land forces, the Chinese Air Force and Beijing’s nuclear potential.