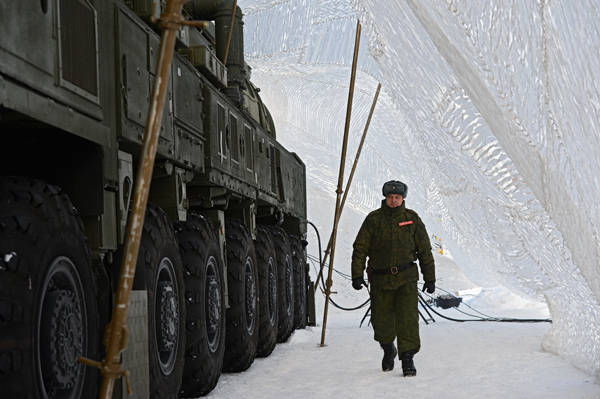 
In this new army structure, around the clock, they will keep track of all issues of service and life of the rocket garrisons. In particular, the duty specialists will have to control the delivery of new nuclear complexes to the divisions and regiments, manage the combat and operational training of personnel, and even analyze the meteorological situation in the strategic missile forces region. Experts say that the technical equipment of the center will allow in real time to receive the necessary information from the troops, monitor the situation in different regions and predict its development.

The center of rocket engineers and its subdivisions in armies and divisions of the Strategic Missile Forces, together with similar structures in other types and branches of troops, will become elements of a single command system of the country's military organization. All its numerous links are closed on the National center of defense of Russia. He is now being built in Moscow, planning to finish the work by the New Year. A test-combat duty there organized from the end of last week.

During the war, they will become a kind of analogue of the Supreme Commander’s Headquarters - they will prepare materials for decision-making by the president of the country. As for the peace period, the duty shifts of the National Center of Defense, having at hand modern technical means of information exchange and analysis, will simulate the options for the development of events in those regions from which the threat of Russia may come. And to do this not on maps, painting them with red and blue arrows, but with the help of unique computer programs.

For example, now the Minister of Defense is daily preparing a multi-page certificate on the situation in the "hot spots" of the world. And ideally, information of this kind should get into his computer. Say, there is a suspicious concentration of military aviation at a specific aerodrome of a neighboring state. There are the following types of aircraft. They can carry this weapon and fly to such points of Russia. Further along the probable routes of movement, critical objects are indicated and the probability of their being hit by enemy aircraft, taking into account the opposition of our air defense. All this is with the probability of the implementation of the above scenario, say, 70 percent. And then the computer issues recommendations on the actions of our troops.

Such a completely new approach to defining threats to the country and responding to them will be implemented at the National Center of Defense. And while it is being built, the defense ministry is preoccupied with training for service at a secret facility. The head of department, Sergei Shoigu, has already given the appropriate orders.

During April, all military districts, types and types of troops will select candidates for the National Center for Defense Management.

Until 25 in May, at 8, the higher education institutions of the Ministry of Defense will put officers behind the desk, who will occupy posts in branches and regional offices of this Center. But before that, the General Staff, together with the heads of the department, will select and appropriately prepare teachers for a special course. In addition, in the Military Academy of the General Staff they want to create the Institute of Management, where they will train future specialists for the Center of Defense and its territorial divisions.