April 3 2014
21
The administration of President Barack Obama continues to make decisions that are aimed at reducing the military budget. According to published draft defense budgets for the Navy for 2015-16, the United States may completely refuse to purchase world-famous Tomahawk cruise missiles. The officially published plan for the procurement of new weapons for the needs of the American fleet for the coming years it is indicated that in 2015 the Pentagon is going to buy 100 Tomahawk cruise missiles, and in 2016 it will completely refuse to buy this type of weapon (for comparison: in 2014, the US military acquired 196 Tomahawks).


This cruise missile has been in service with the American army since 1983. Today it is one of the main offensive weapons of the US Navy. In addition, these missiles are in service with the fleet of Great Britain. The United States used Tomahawk cruise missiles during all the military conflicts of recent decades. Rockets have been used extensively since the Persian Gulf War; they were also actively used during the air invasion of Yugoslavia in 1999 and the Iraqi campaign in 2003. The last time "Tomahawks" were actively used during the armed conflict in Libya in 2011. Since the adoption of a cruise missile in service in military conflicts, approximately 2 thousands of Tomahawks have been spent.

According to the Washington Free Beacon website, during the Libyan campaign, US Navy ships launched Tomahawk cruise missiles at military sites in this country. Against this background, the reduction in purchases of these missiles came as a surprise to the Pentagon representatives, as it was previously planned that the existing arsenal would be replenished up to the 220 year, when the American fleet should be adopted cruise missile LRASMrelated to the new generation. Currently, the famous American corporation Lockheed Martin conjures this rocket with varying success. Experts note that if the United States continues to wage wars with the same frequency and scope with which they did it for 25 years, all the reserves of the Tomahawks available to the fleet will be fully expended by the 2018 year. 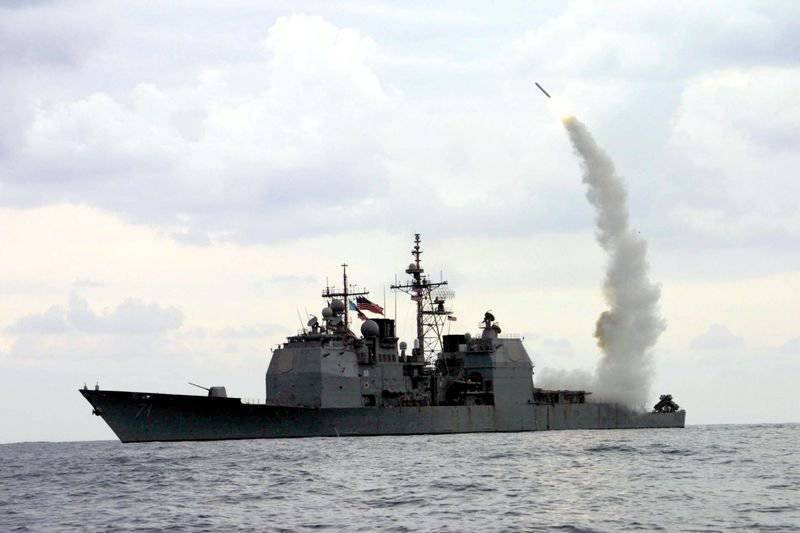 The American cruise Tomahawk or Tomahawk (BGM-109 Tomahawk) rocket is a multipurpose high-precision weapon long-range tactical and strategic purposes. Cruise missile flies to the target at extremely low altitudes, skirting the terrain. Currently, the rocket exists in three variants of basing: the sea SLCM, the air MRASM and the ground GLCM. Currently, the rocket is in service with warships and submarines of the American fleet. According to the 2014 year, the estimated cost of one rocket is about 1,45 million dollars.

Work on the creation of a cruise missile began in the 1970-ies, in the 1983, "Tomahawk" was officially adopted for service. The range of destruction of targets depends on the modification of cruise missiles, the maximum range of fire is 2,5 thousands of km. The maximum flight speed is up to 880 km / h (0,75M). The missile is a precision weapon and has a high accuracy of impact. QUO - the range of probable deviations - on modern versions of "Tomahawk" is 5-10 meters.

The BGM-109 cruise missile was developed in two main versions: strategic (modifications A, C, D) - designed for attacking ground targets, and tactical (modifications B, E) - designed to destroy enemy surface ships. The flight performance and structural design of these cruise missiles are identical. Due to the modular principle, they differ from each other only in the head part of the missiles. 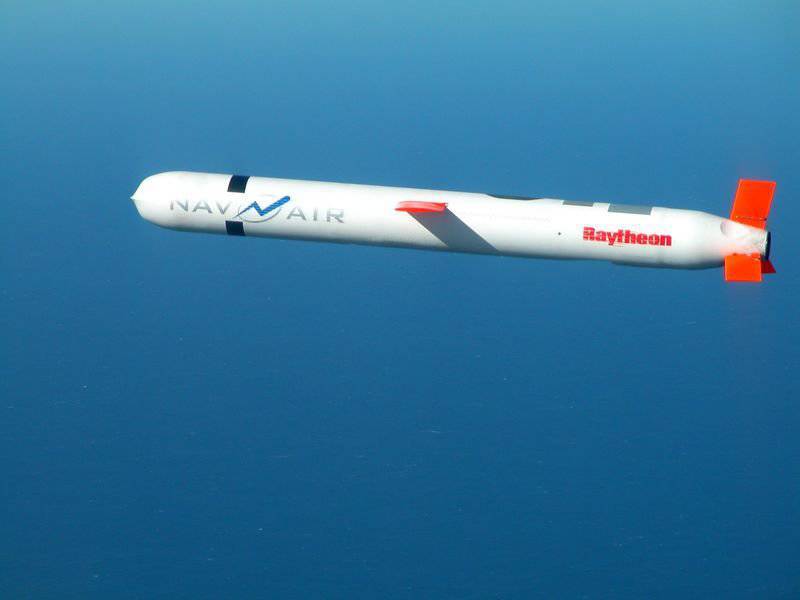 KR "Tomahawk" is made according to the aircraft scheme (monoplane), has a cylindrical body, has a folding and embedded wing in the body in the central part of the fuselage, a lively fairing head and a cruciform stabilizer in the tail. The rocket body is made of high-strength aluminum alloys, radio transparent materials and graphite-epoxy plastic. To reduce the level of radar visibility of the rocket on the body, the stabilizer and the wing is applied a special coating. 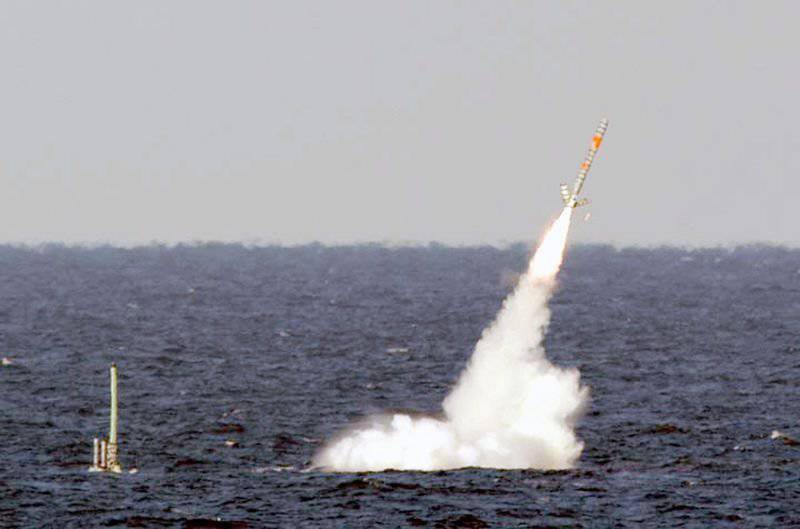 Tomahawk cruise missiles have at least one serious drawback - they are subsonic. The modern Russian air defense systems of the Tor-M1, Buk-M1 and Pantsir-C1 air defense systems are able to effectively knock down these "slug-shooters". By the way, these ground-based air defense systems are in service with the Syrian army, which may have become one of the limiting factors when planning an operation against Damascus. However, it is worth noting that this feature of the missiles is compensated by other advantages. KR flies very low to the ground or water surface, repeating the curves of the terrain. The rocket flies to the target using a previously prepared route (images taken from spy satellites, AWACS data). Therefore, "Tomahawk" is difficult to detect using conventional radar. At the same time, the radars "Bukov", "Thors" and "Pantsirey" make it possible to shoot down these missiles with sufficient training of combat crews.

In addition, almost any advantage of a cruise missile can be turned into its disadvantage. For example, the low altitude of the Tomahawk flight can also become a significant disadvantage. A rocket flying at a speed of about 800 km / h and enveloping the terrain loses the possibility of an evasive maneuver in flight. Also, a rocket cannot use false targets against air defense weapons. In addition, unexpected obstacles that are not inherent in its flight program, arising in the path of a rocket and not previously detected by reconnaissance aircraft or satellites can affect the targeting process. Against the American cruise missile, modern means of optical-electronic warfare can be used (for example, sound detectors that suppress the GPS signal). All this can lead to a decrease in the accuracy of hitting the target and increase the security of protected ground and surface objects.

Ctrl Enter
Noticed oshЫbku Highlight text and press. Ctrl + Enter
We are
Reports from the militia of New Russia for 13-14 September 2014 of the yearUS military get rid of the Tomahawks
Military Reviewin Yandex News
Military Reviewin Google News
21 comment
Information
Dear reader, to leave comments on the publication, you must sign in.