Oleg Tsarev: “I am not a pro-Russian politician. I am pro-Ukrainian " 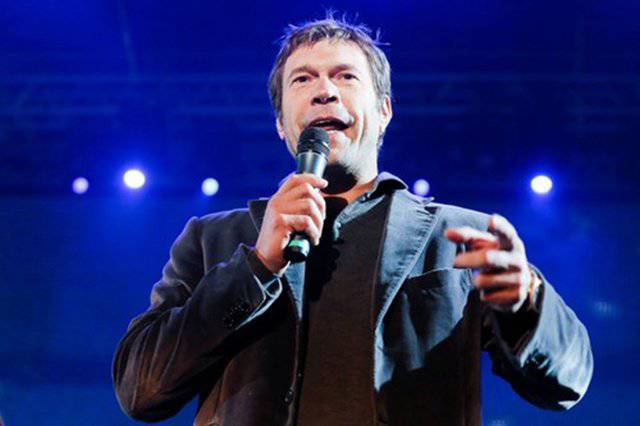 - Your supporters, and not only, cannot agree in any way: does your participation in the upcoming elections in Ukraine mean their recognition - and therefore, the recognition of power - legitimate?

- Without being a presidential candidate, it is impossible to tell people about the illegitimacy of the current government and, accordingly, the illegitimacy of the upcoming elections. That is, to say something, of course, can be as long as you want, but only who will hear it? By participating in the upcoming elections, I get first of all a broad platform in order to express my position, and at the same time I get the opportunity to protect our comrades who stand on “anti-Maidans” all over the country.

- You, however, have to compete with a party colleague - Mikhail Dobkin. What, then, do you intend to make a start with in possible debates with him?

- Well, well, if so decided in the party - it means, we will argue, we will argue. I have my own consistent position, and I hope that I nevertheless could actually prove that it does not change depending on the current political situation, on the external conjuncture.

In fact, the South-East of Ukraine too often faced with betrayal. After all, we once elected Leonid Kuchma, who in Dnepropetrovsk was the director of the Southern Machine-Building Plant. He was promoted to the presidency on some slogans, but in fact began to pursue a completely different policy. So, unfortunately, it happened with Viktor Yanukovych. With me it will not be so.

- By the way, how do you assess the promise already made by Dobkin to return the Crimea to Ukraine?

“As for the former leader of the Party of Regions and the legitimate president of Ukraine, Viktor Yanukovych: would he rather return to Ukraine?

- Of course, Viktor Yanukovych needs to return: after all, the people he left are in a very difficult position today. The issue of personal security cannot serve as an excuse, cannot be put at the forefront when we have 45-47 million people today simply cannot feel protected. In general, when you go to such a serious and responsible post, when you pretend to be the head of state, you must, of course, initially understand that, among other things, you take responsibility for the destinies and lives of people.

You have no right to escape from a sinking ship, citing the fact that you can not be saved and die. But after all, passengers remained on a ship in distress, they also want to live, and they are not to blame for the situation. Can they be left to the mercy of fate?

- How sincere can be considered the struggle that the current “power” that has settled in Kiev has launched against the “Right Sector”?

- In my opinion, this is all an intraspecific struggle and nothing more. As a classic remarked in his time, “the revolution devours his children,” and today there are too many contradictions within the current government that came from Maidan. She was at first more or less consolidated against Yanukovych, after that the threat of loss of the Crimea and “aggression” on the part of Russia became the consolidating moment. As soon as there were no more reasons for consolidation, the “night of long knives” began.

The radicals from the “Right Sector” seem to repeat the fate of the Röhm attack aircraft in Germany. This is the specificity of Ukrainian politics, and I think that pretty soon we will all witness how former comrades on Maidan will start to deal with each other extremely hard. Yes, and we have already begun: look, how cruelly punished Muzychko — they were chained into handcuffs, shot twice in the heart ...

If carried out historical parallels, the question arose before Ukraine: will the October Revolution be after the February Revolution, will the radicals replace liberals? The question was very acute: either "Right Sector" will destroy BYuT, or BYuT - "Right Sector". The authorities made a move to preempt, and the very form of reprisal against Muzychko shows that the war will be fierce. Everyone will fight with everyone: politicians - rivals in the presidential election, militants, oligarchs - all come together in a battle for power and money.

- Perhaps, and so it will be by chance ultimately done with ultranaci forever?

“As soon as external pressure on Ukraine subsides, I am sure that the people themselves will be able to restore order in their country, because we have a powerful vaccination against fascism at the genetic level.” Ukraine is the most affected of all countries from this contagion, and therefore there can be no national support for the power that came under the fascist slogans, and against the background of the economic chaos that these comrades always bring with them - even more so. Therefore, the fact that it is they who are in power today is, I am sure, a temporary phenomenon. But in order to finish him off (and this is work, of course, very difficult), it is necessary to by all means level external pressure on the policy of Ukraine. The fascists should have no support either domestically or from abroad.

- You probably know that they are criticized not only in the West of Ukraine, but also in the East. They say: Oleg Tsarev doesn’t care about the problems of the Russian communities in Ukraine, "Tsarev works on the" orange "and in the same spirit. Do you have anything to say to them?

- It's all such nonsense, which, frankly, I have no desire to even comment or deny. Let them think what they want. For my part, I did not work for anyone to defend, except for my voters and my point of view, which I honestly are ready to defend in open debates. I am not “on a salary” neither in Russia nor in the West: in my work I am guided only by my principles, I owe nothing to anyone.