Singer of the joys of life

April 4 2014
15
Interesting история always instructive and excites the feelings of many readers and listeners. If this story is still true and beautiful, then it is twice worthy of attention.


In our country, in families it is customary to cherish the memory of their ancestors and be proud of their nobility, valor, great achievements. More than 130 years have passed since a girl was born in one of the villages of the Bryansk region (this is according to the modern division of the territory). A very pretty creature was named Anastasia. From early childhood, Nastya used to work, and already in 13 years, the girl realized that her vocation was to sing. And sing cheerful songs. With 1888, Nastya on stage. She has gone from chorus to megastars of Russia. At the beginning of the 1890-ies at one of the performances Nastya was noticed by Nikolai Iosifovich Holeva - a well-known lawyer and director of the artistic circle. This 40-year-old music lover fell in love with an 22-year-old girl at first sight. He organized individual vocal classes for her, including lessons in Italy. But in 1899, the patron died, and she had to return to the theater, which was headed by S.A. Palm. But the concerts that were organized at the time for Anastasia N.I. Holeva, have done their job. This singer loved Petersburg society. In addition to participating in the performances, began solo concerts. In 1902, Anastasia offers a tour of the cities - Orel, Kursk, Kiev, Kharkov, Baku, Tiflis, Rostov-on-Don. It was a triumph. In St. Petersburg, the millionaire brothers Eliseev in their store on Nevsky Prospekt created a special hall where the singer performed concerts (now it is the Comedy Theater). 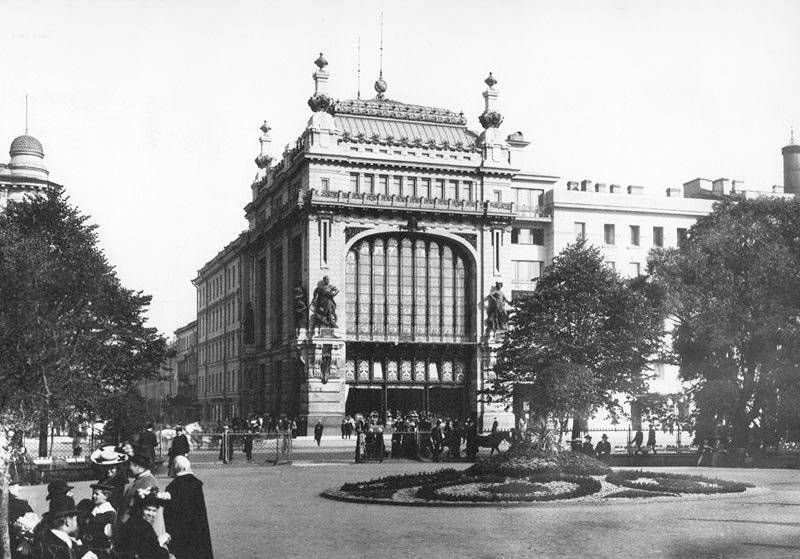 For the concert in this hall, Anastasia received a fee in 1,5 thousands of rubles (the teacher’s salary at that time was 35 rubles per month). For some concerts, Anastasia received a fee of up to 20 thousands per evening - the amount is fantastic. But it was work that was well paid by the audience. Anastasia brought the audience at her concerts literally into a frenzy. The police often had to put things in order in the halls. Her fans calculated that with their romances, which after her concerts sounded in the homes of residents of Russia (“I was waiting for you”; “Drunk”; “Under your bewitching caress”; “Gaida, three”; “Give me dear friend, for good luck ";" You do not ask, do not elicit ";" Thirst for dates, thirst for kissing "), she over four years has covered a distance of more than 175 thousands of miles. A shining smile, a fascinating timbre of voice, ease and ease of movement on the stage made Anastasia the benchmark of femininity and the idol of all residents of Russia. 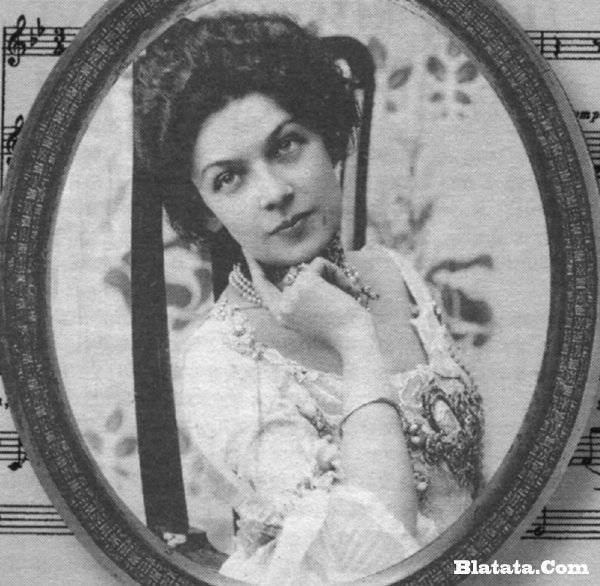 Anastasia applauded the whole of Russia, and in the cities where she came with a concert, there was a holiday. After the concert, young people came to the station to greet their idol at the railway tracks in order to see her again. It was the "singer of the joys of life." In the press constantly began to appear publications about the origin of Anastasia Dmitrievna. Some publicists tried to find the count's roots in its origin, while others, on the contrary, presented it to people from the poorest sections of the population. If Venus appeared from the sea foam, then Anastasia, these publicists believed, emerged from the soap foam, as in childhood she often had to wash clothes in the laundry room.

After the death of the Russian emperor Alexander III, his son Nicholas II, with his liberal views and the same policy, made it possible for Russian society to become increasingly polarized. Along with the growth of the urban population, various kinds of extremist and terrorist circles appeared. And although part of the intelligentsia embarked on the path of the destruction of Russia, all segments of society continued to adore and admire the talent of Anastasia Vyaltseva. Here she has never had any enemies in Russia. With the advent of gramophone records, Anastasia’s popularity has risen to unattainable heights. Along with this popularity, her material well-being also became enormous, but Anastasia made her fortune only by her work. A gramophone record of her romances, songs, and arias cost 6 rubles. At that time it was a lot of money. How did this idol, the pride of Russian society, manage their income? Anastasia in her mind was generous, as a patriot of Russia she was worried about everything that concerned our country, of course, except for the revolution. After addressing the Committee for the preparation of the expedition of Lieutenant Sedov to the North Pole, Anastasia gave a number of concerts and donated fees from them to help organize the expedition. On her money in Russia, shelters for women in labor are being created, they are being restored in the middle zone of the village, burned down by fires. Vyaltseva helps students, and at St. Petersburg University, she establishes scholarships to continue her studies at a number of gifted poor students. The Russian fraternal society that provides assistance in case of accidents elects Anastasia to be its honorary member.

One of the admirers of her talent, the brilliant officer of the Life Guards Regiment, the son of the Vice-Governor of Tomsk, Vasily Viktorovich Biskupsky, somehow unexpectedly captured the heart of Anastasia. Although he was younger than his chosen one, but their love became sincere, mutual, and society did not even suspect anything about it. This is how a noble officer and pet of Russia could hide their relationship for several years.

In 1904, the war began with Japan. Beloved Anastasia is actively involved in the fighting in Manchuria. Soon Vyaltseva receives the news that her lover is seriously wounded. Anastasia, having stopped all tours and performances, forms the sanitary train with her own funds, as if from patriotic feelings, she herself becomes a nurse, and in two weeks she is already next to her lover. 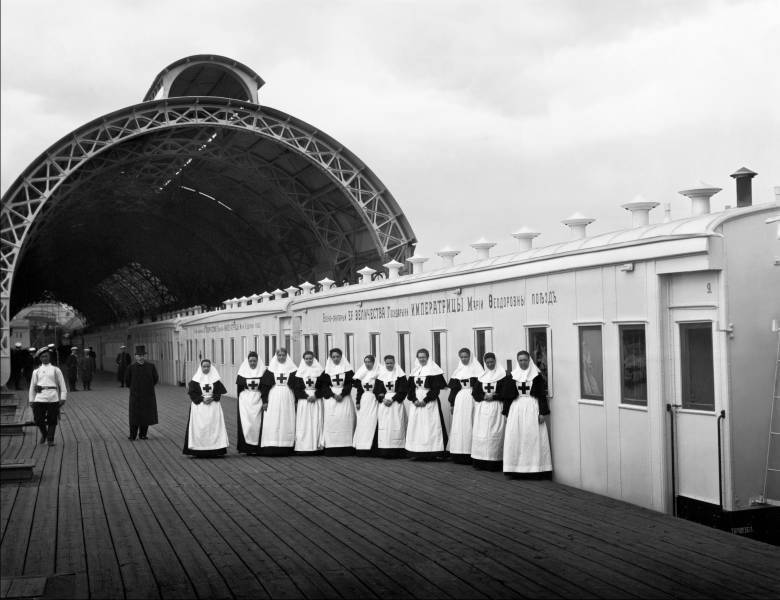 Now, the Russian public learns about the love of the most popular woman in Russia and the young noble officer. Biskupsky recovers, and they decide to legally formalize the marriage. However, the officer’s assembly does not give consent to a nobleman to marry a commoner and pop singer. Therefore, there is nothing left for Biskupsky to resign, and they, having been married in Moscow, leave to live in the capital. The mansion (house No. 22) along the embankment of the Karpovka River became a gift for the beloved. 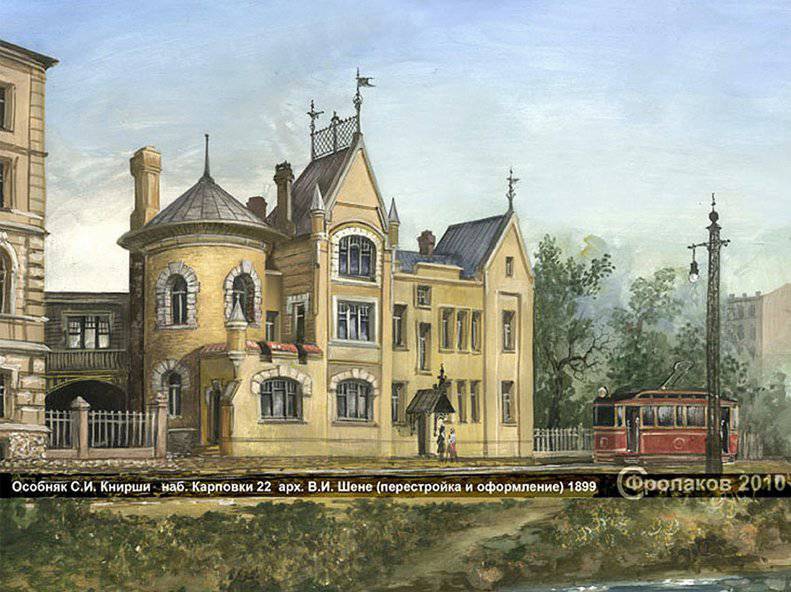 After the resignation, Colonel Biskupsky together with his colleagues engaged in oil production on Sakhalin, for this he bought some of the land there. Anastasia continued to tour successfully throughout Russia, but she especially liked to give concerts in the hall on Nevsky Prospect and in Sestroretsk. 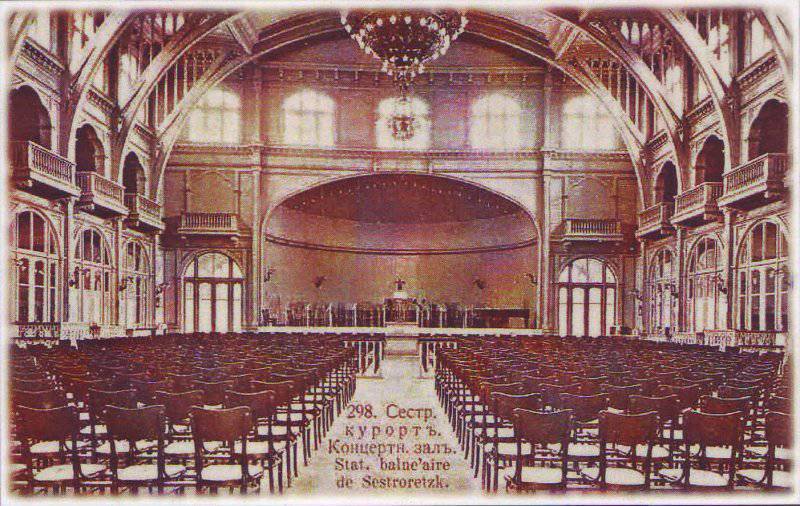 The resort town of Sestroretsk was in high esteem among the residents of St. Petersburg, therefore in spring, summer and early autumn it was always crowded there.

In 1912, Vyaltseva got sick, and in February, 1913, the capital, buried her favorite singer and social activist, for whom Russia's power was paramount. Accompany Anastasia on the last journey came to Nevsky Prospect about 200 thousand people (every tenth resident of the capital). Buried A.D. Vyaltsevu in the Alexander Nevsky Monastery. In 1915, a chapel was erected on the grave of Anastasia according to a sketch by architect LA Ilyin. 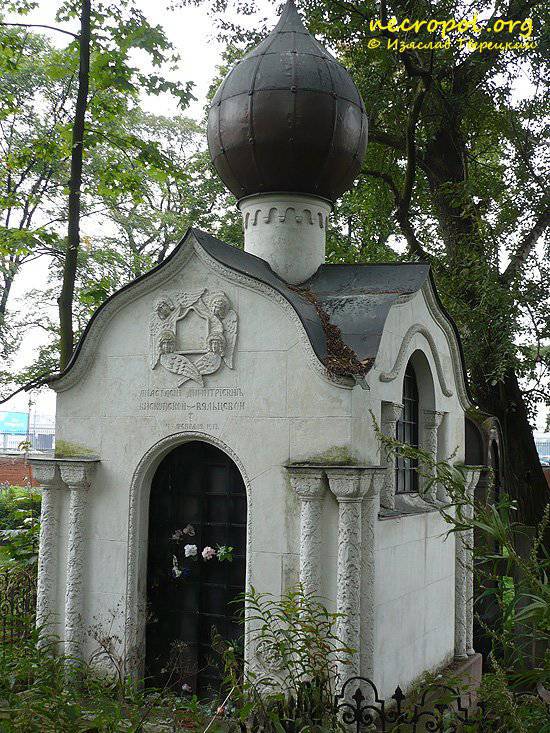 In his testament A.D. Vyaltsev bequeathed all his property to the poor of the population of Petrograd, including the money that had not reached them.

Col. V.V. Biskupsky after the death of his wife returned to military service, he became a general. But his fate was not significant for Russia.

PS By the 100 anniversary of the death of A.D. The Vyaltsev governor of Bryansk allocated funds for the restoration of the chapel over the grave of his beloved singer of Russia in St. Petersburg. My grandfather Captain M. Burunov (mother’s surname) also fought in Manchuria, was seriously injured, was in a hospital with VV Biskupsky. In my family, as I remember, there was a gramophone and many records with romances and aryas Vyaltseva. In the 1944 year, after the blockade was lifted, my mother and I returned to Leningrad. In our apartment we found this gramophone. In the evenings we often listened to the voice of the singer. My regular assignment was to sharpen gramophone needles on the bar, as this was a shortage at that time, and it was not possible to buy new ones. My childhood passed, I entered the school, and the gramophone with the plates disappeared somewhere ...