Flying saucers will appear in World of Warplanes

April 1 2014
1
The article is posted on the rights of information cooperation. 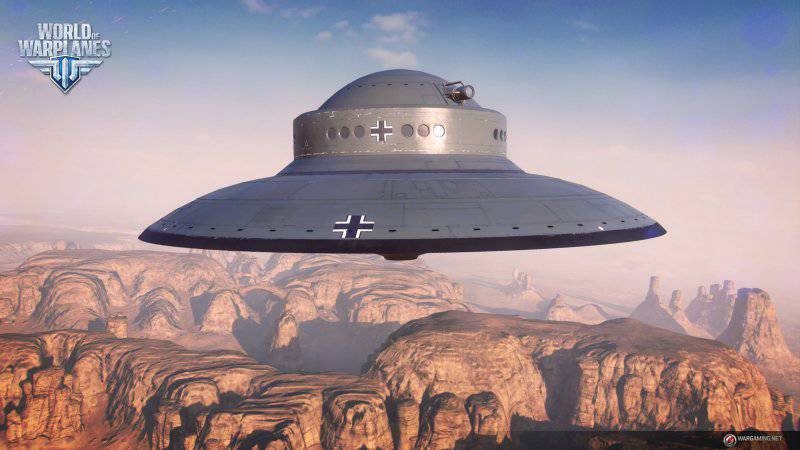 A prototype of a new type of technology is available now.

1 April 2014 - Wargaming is pleased to announce the launch of testing of a new class of aircraft for the World-Warplanes military air MMO action.

The first representative of the new branch, the German UFO 5 of the Kampfflugplatte Sleipnir I level, is accrued on accounts for all users registered in World of Warplanes. Two new medals are also available to pilots flying Sleipnir I: “The Horseman of Sleipnir” and “The Wrath of Odin”.

Testing is designed to assess the gameplay potential of UFOs. If Sleipnir I harmoniously fits into the gameplay of World of Warplanes, each of the nations represented in the game will have a full branch of flying saucers.

You can join the World of Warplanes beta test on the official project website: www.worldofwarplanes.ru

Read more on the website: www.wargaming.com
Ctrl Enter
Noticed oshЫbku Highlight text and press. Ctrl + Enter
We are
New Year in World of Warplanes: avalanche of discounts, snowballs and fireworks in the sky over LaplandWorld of Warplanes: new management - new opportunities
Military Reviewin Yandex News
Military Reviewin Google News
1 comment
Information
Dear reader, to leave comments on the publication, you must sign in.