Some expositions of the Museum of World War 1812 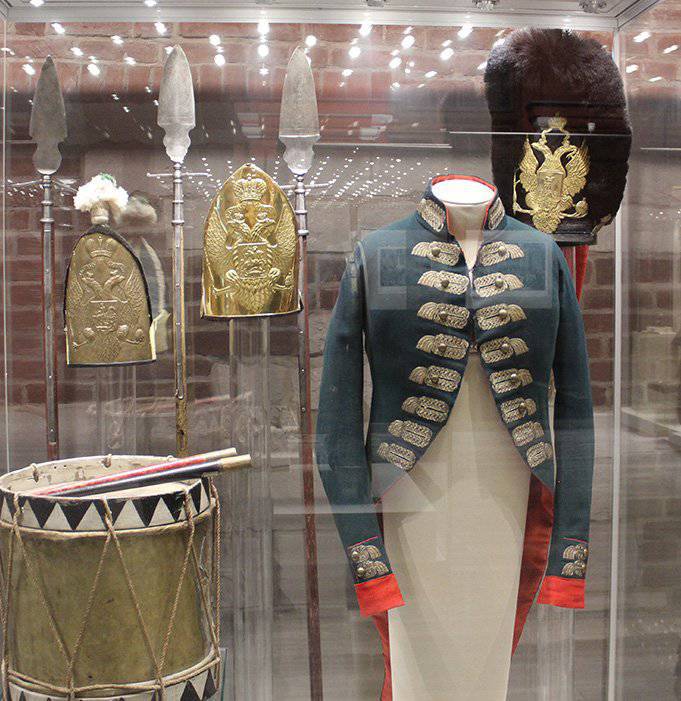 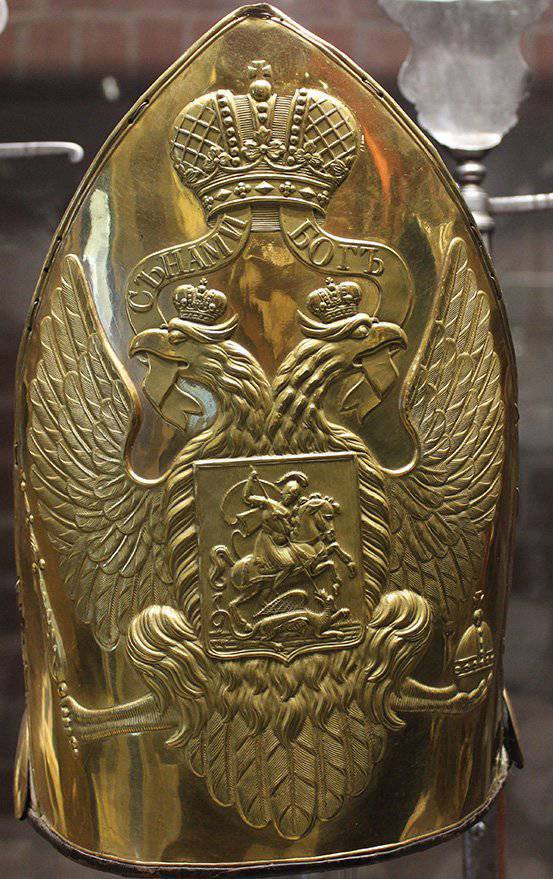 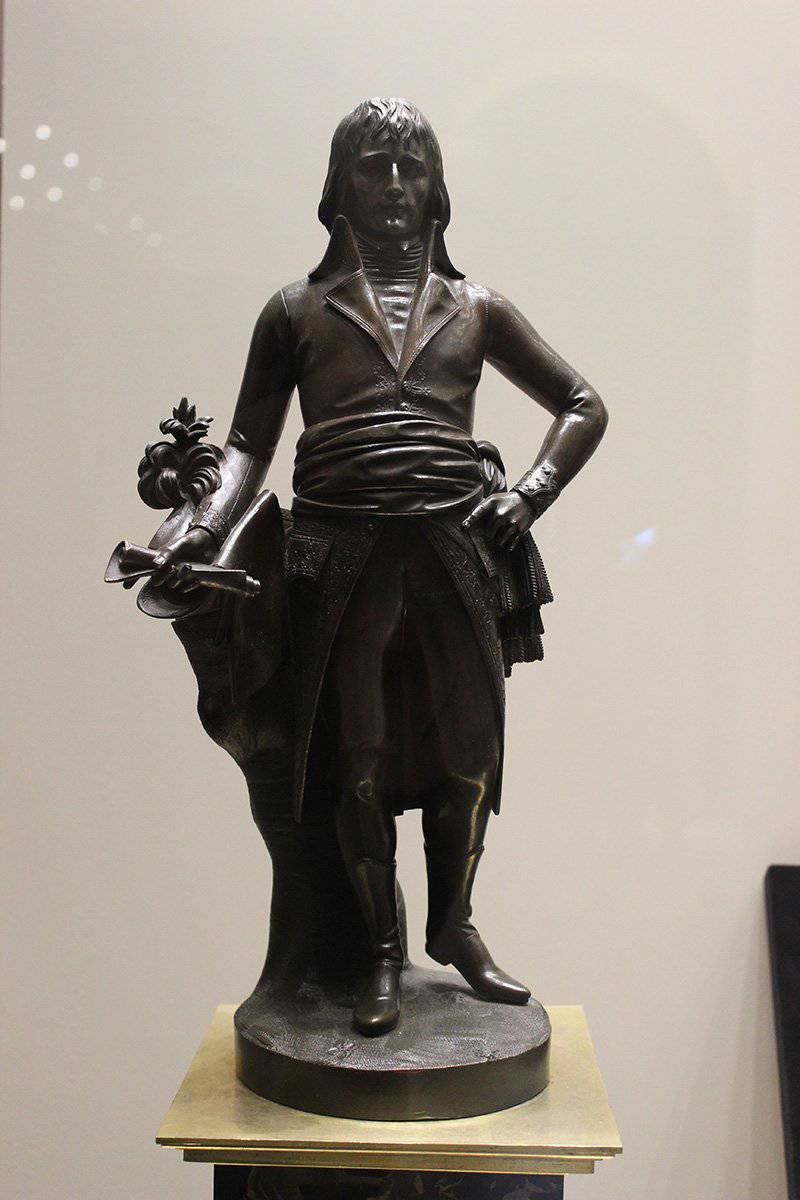 Saber front of Napoleon Bonaparte. France. Blade-Germany, Lower Rhine. Klingenthal, armory manufactory of the Kulo brothers; hilt, scabbard and general mount - Versailles, master NN Bute. 1081.
Damascus steel. Wood, leather, mother of pearl; forging, chasing, carving, gilding.
The saber was presented to the First Consul of France to Napoleon Bonaparte in 1801. In April 1814 of the year, the deposed emperor presented this saber to the adjutant general, Count P.A. Shuvalov, as a token of gratitude for the assistance rendered in protecting his life while on Fr. Elba. Until January 1918, the weapon was kept by the descendants of Shuvalov, then the estate was plundered, and the sword passed into the hands of the Red Army soldiers, who used it as a military weapon. At the end of the Civil War, the saber was handed over to the Museum of the Red Army. 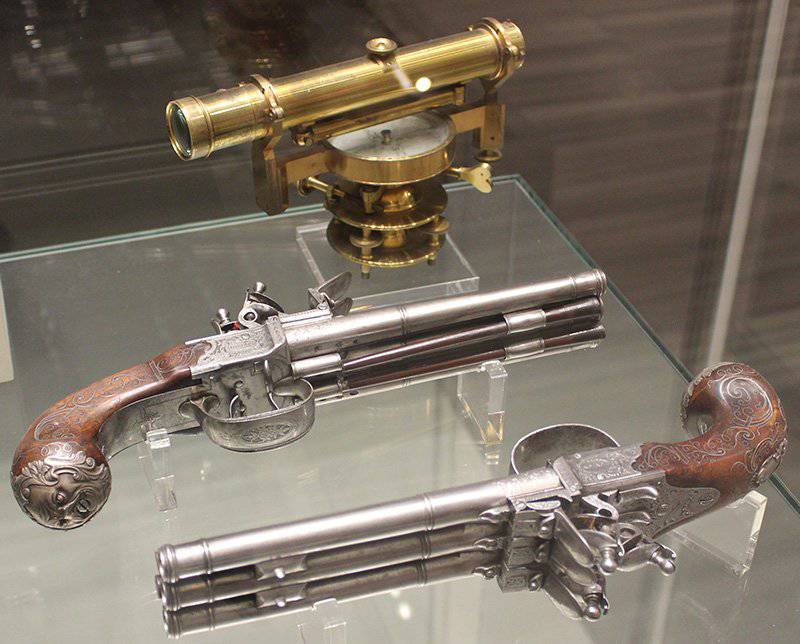 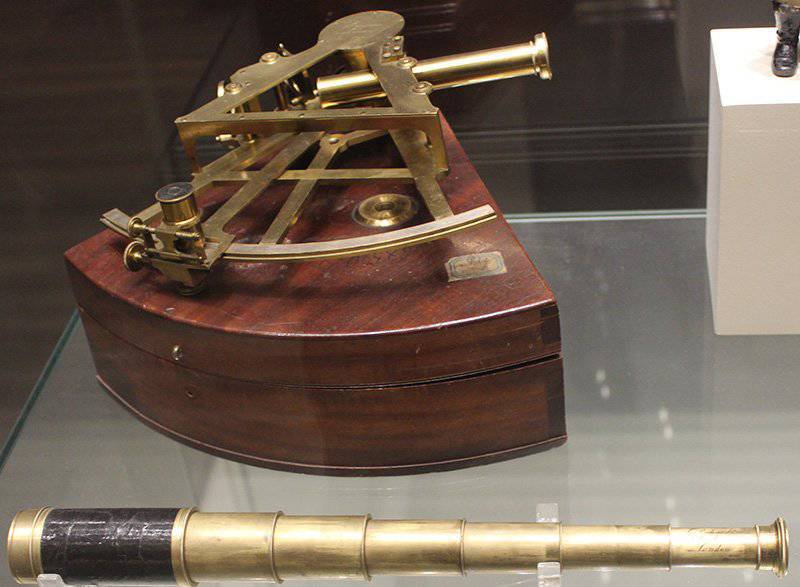 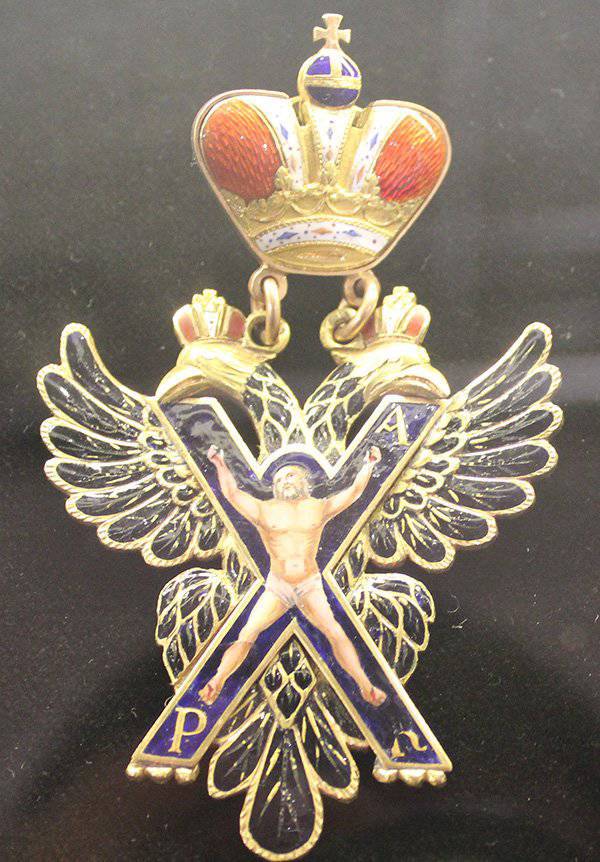 Badge of the Order of the Holy Apostle Andrew the First Called. 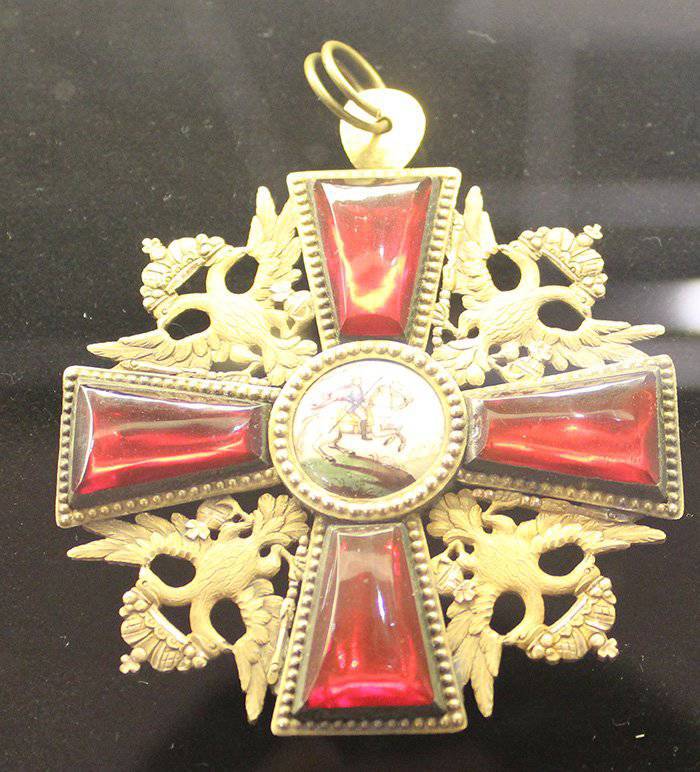 Badge of the Order of the Holy Prince Alexander. 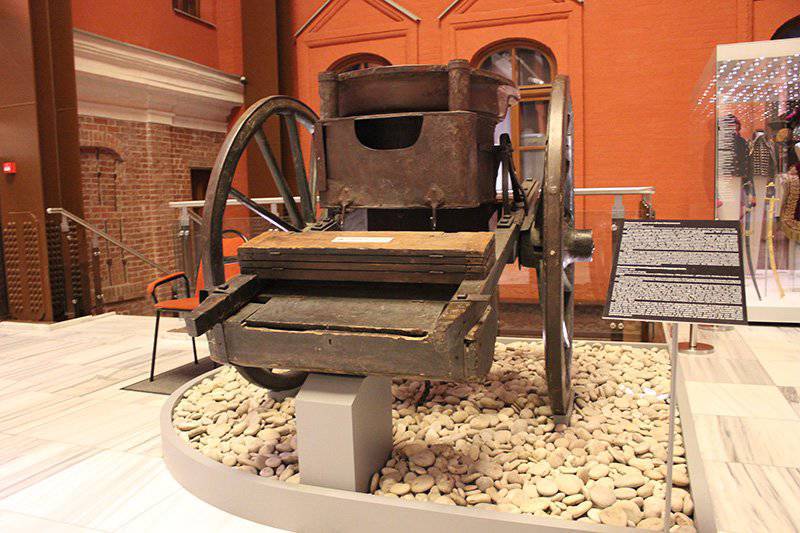 The camp kitchen from the Napoleonic army's convoy (Germany, 1811) repulsed in 1812, under Visma, the Cossacks of the Adjutant-General Count V.V. Orlova-Denisov. This is a unique exhibit, which has no analogues in any other museum in the world. 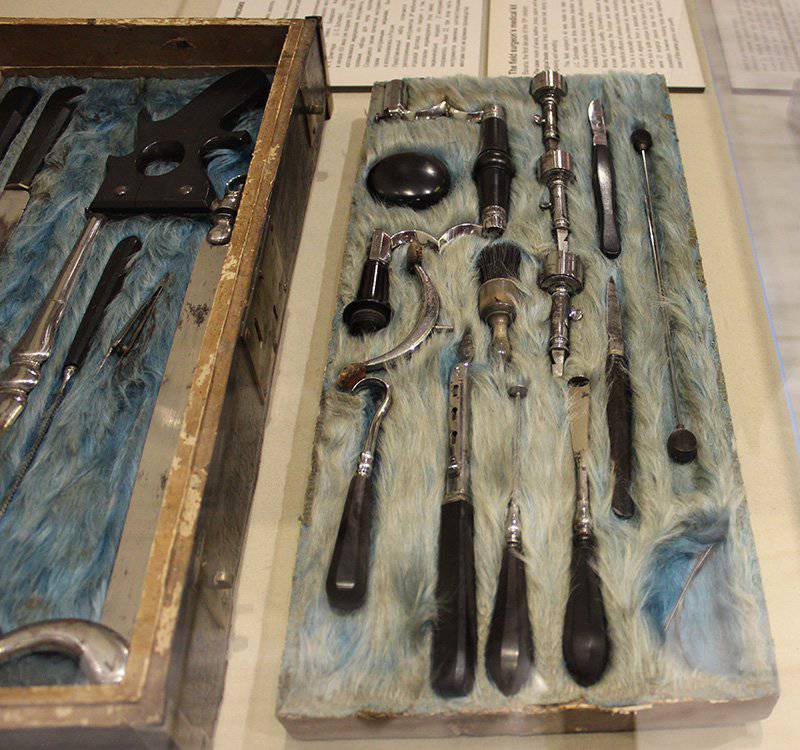 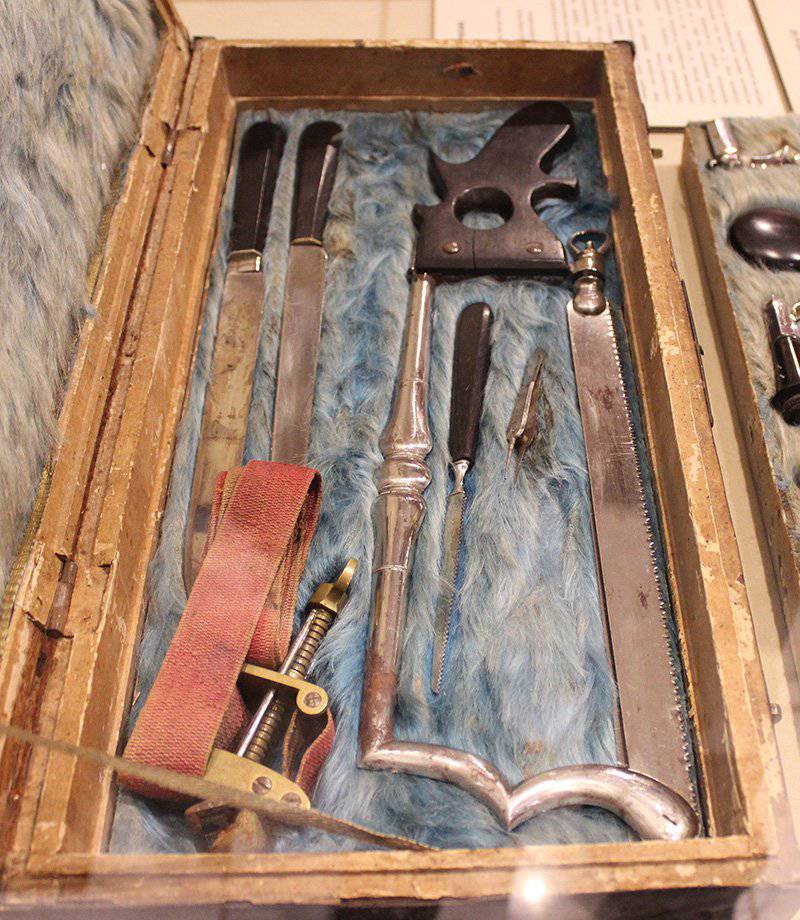 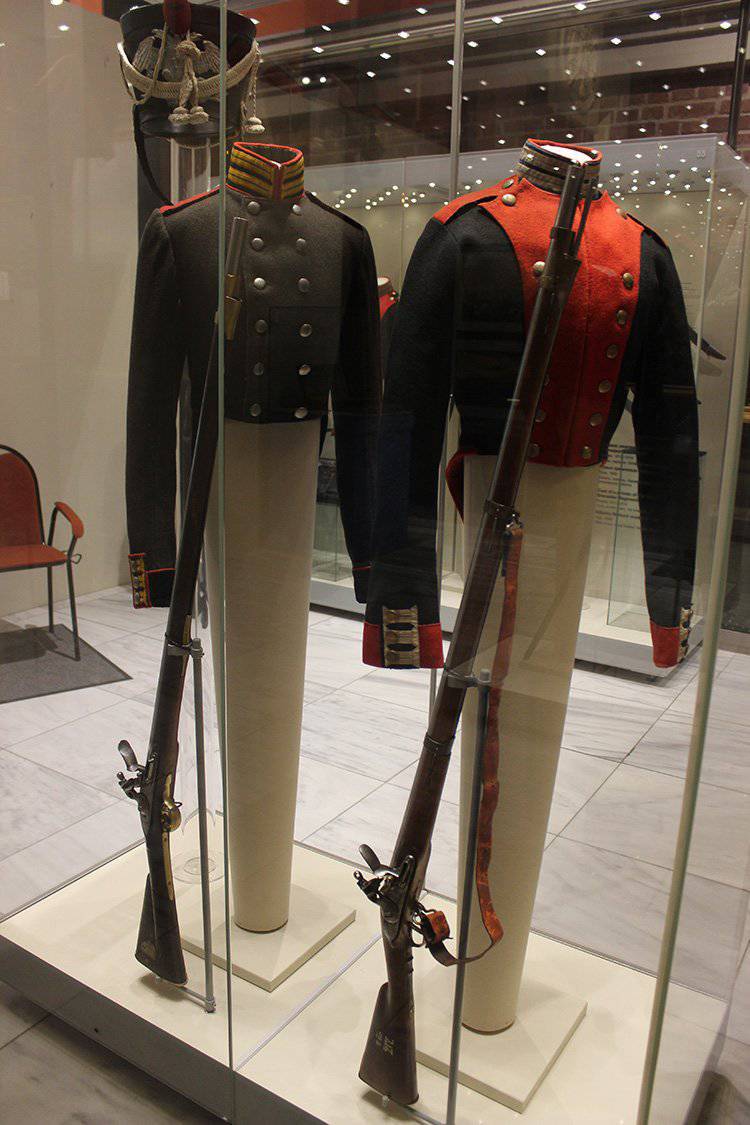 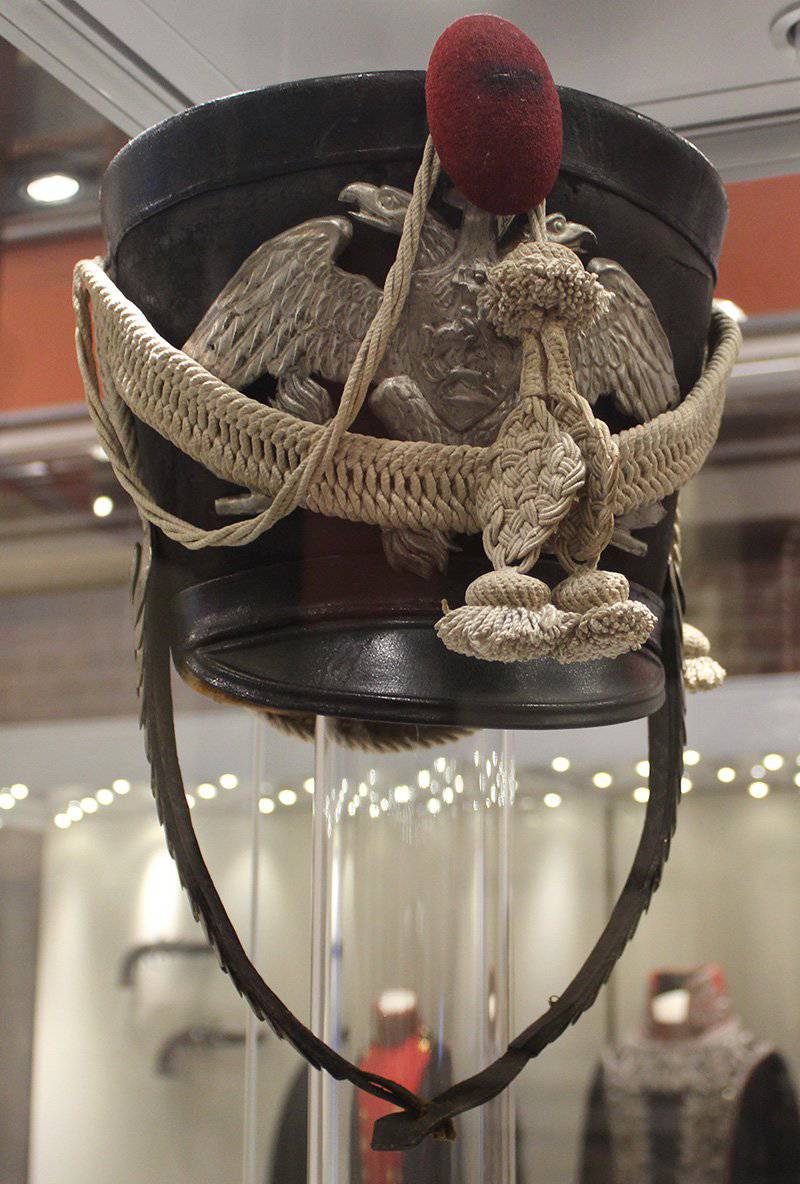 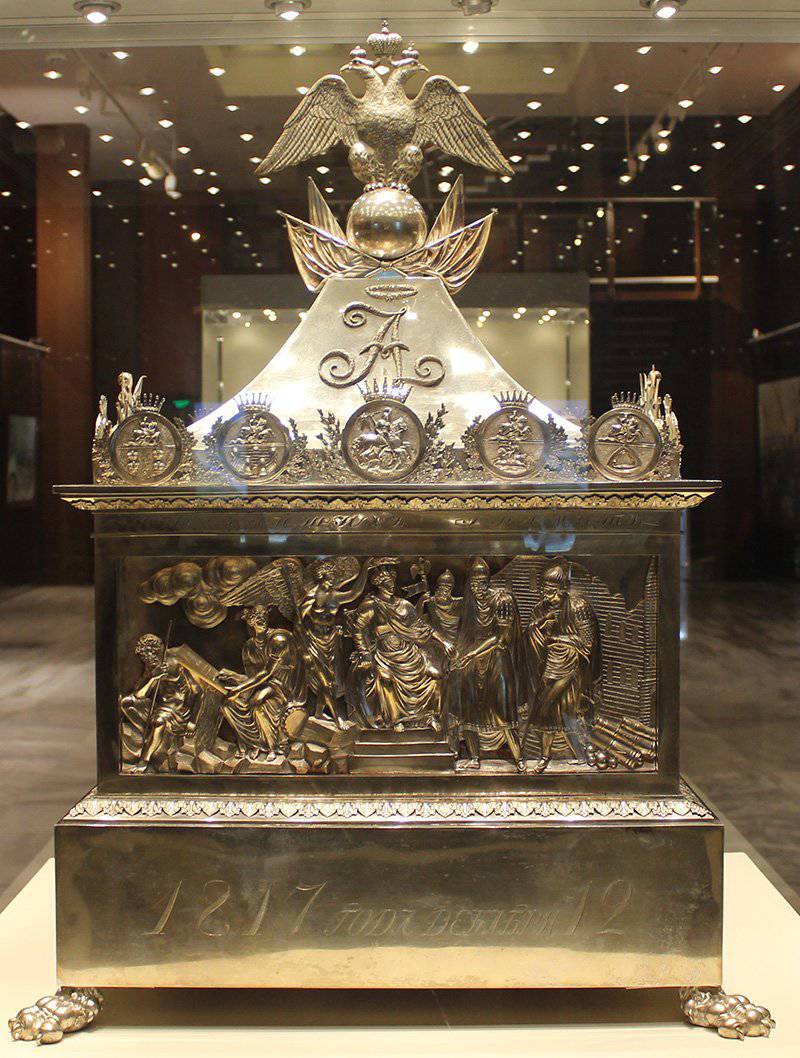 Casket for storing the chartered diploma of the Moscow nobility (Master Mikhail Pivert, Moscow, 1817). The casket was ordered by the decision of the Noble Assembly of Deputies in June 1817 of the year to store the imperial documents granted to the Moscow nobility, granted to 18 in January of the same year during the celebration of the 5 anniversary of the victory in the 1812 Patriotic War of the year. The letter contained appreciation and appreciation of the merits of Muscovites: "The nobility of the Moscow province has now revealed a new experience of zeal for the benefit of the state, sacrificing all the claims for supplies and things taken for our troops in 1812 year."
The casket was commissioned to make the Moscow master Mikhail Pivert, from whom the receipt was taken: "Mr. Pivert is taken to make the model and all the work of one hundred thirty-five rubles per pound of silver of the 84 test, according to the designated length of 12 vertices, the height of arshin, with the proviso that no artist who knows this art could indicate any parok his case. If someone proves the imperfection of his case, then he refuses to make any payment, the weight is assigned to the pood, and if it surpasses more than four or five pounds, pay for it at the agreed price; inside this ark there should be a mahogany box, covered with velvet crimson, in which letters will be invested»A year later, the casket was made and presented at the Moscow nobility Deputy Assembly. 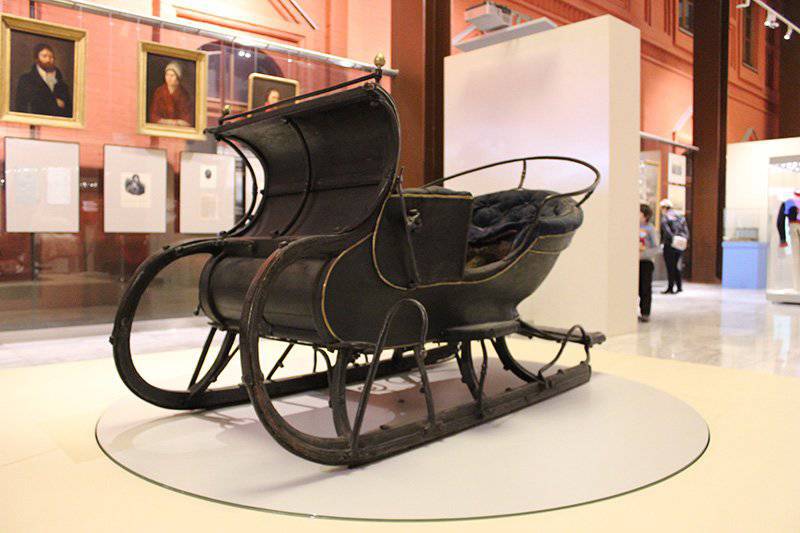