April 2 2014
28
Now China has a powerful defense industry capable of developing and producing various weapons systems and military equipment. The current successes have been achieved for several decades - in the middle of the last century, China was a backward country, ravaged by constant wars. In the early stages of creating the defense industry (it is interesting that a similar approach has been preserved so far), the Chinese designers did not hesitate to copy foreign samples. weapons and technology, and then produce them in their original form or with some modifications. For example, in the late forties, the Soviet Union handed over to China the documentation on the TT pistol. 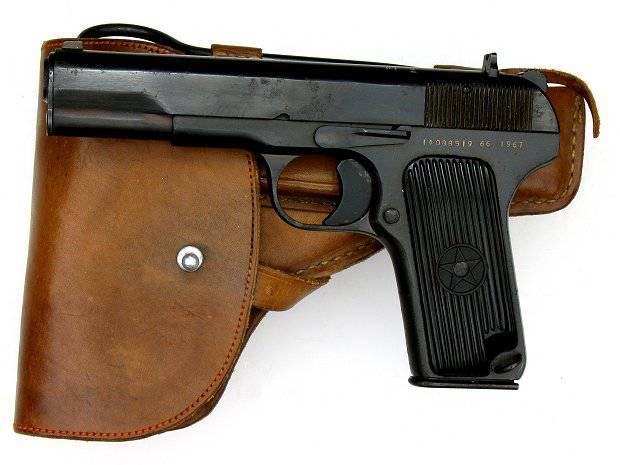 The first to launch mass production was a pistol called Type 51. Having no experience in production, and even more so in the development of such systems, Chinese gunsmiths simply began to assemble Soviet TTs without any changes, but with a new name. Soon, the design of the first Chinese pistol of its own production made some minor technological changes. The design of the Type 51 pistol completely repeated the Soviet TT, which is why the principle of the mechanisms and the cartridge used remained the same. For this reason, the Type 51 gun is of interest only with historical point of view, but not with engineering.

In 1954, the Chinese army adopted a new pistol, which received the Type 54 index. When creating this gun, Chinese gunsmiths took the Soviet TT as a basis and refined some elements of its design. Finalization of the original project was made taking into account the capabilities of the Chinese industry, in addition, ease of use was taken into account. According to some reports, the gun "Type 54" was produced in huge quantities. Some sources mention that the weapon released in 1954 had seven-digit numbers starting with one, released in 1955-m from two, etc. It is unlikely that such a numbering with the expectation of producing one million pistols per year reflected the real production rates, but, nevertheless, clearly demonstrated the Chinese approach to the matter of arming the army.

The design of the gun "Type 54", with the exception of a few important details, was borrowed from the Soviet TT. Some changes undergone shutter. Chinese designers have changed its shape and accordingly modified the casing of the shutter. Due to this alteration, the TT pistol cannot use the Chinese Type 54 shutter and vice versa. Another noticeable difference between the Soviet and Chinese pistols is the size of the handle. Chinese gunsmiths reduced the width of the handle with the ease of use.

Pistols "Type 54" quickly became the main weapon of its class in the Chinese armed forces. The well-developed design of the Soviet development with some modifications related to the specifics of production and use, allowed the new pistol to quickly gain the position of shooters.

In the seventies, Chinese weapons manufacturers were able to break into the market of the United States of America. The gun “Type 54” looked quite promising product, but had several problems that could not only affect sales, but also close the arms to the American arms lovers. The fact is that the cartridge 7,62х25 mm TT, developed in the Soviet Union, was unusual for American shooters. In addition, to obtain all necessary permits, the gun must have a manual fuse, controlled by the shooter.

The first step in updating the Type 54 pistol for the US market was the new fuse. The rest of the design remains the same. On the left surface of the frame of the pistol, above the handle, was placed a safety flag. In the on position, the fuse blocked the movement of the trigger. A characteristic feature of the fuse was an uncomfortable design. For some completely unclear reasons, it was necessary to turn off the fuse by moving the flag back. Forward movement would be much more convenient, but for some reason the authors of the modernization project decided otherwise. Type 54 pistol with non-automatic fuse received the designation Type 54-1. To improve the appearance, the export pistol received black plastic handle plates and frosted burnished external surfaces.

In the first half of the eighties, the Model 213 gun was created, which was a further development of the “Type 54-1”. The new pistol differed from the previous model in other dimensions related to the used cartridge. To advance in the US arms market, the Model 213 pistol was supposed to use 9x19 mm Parabellum cartridges. A bit later, sets from a pistol and three barrels, designed for 7,62x25 mm TT, 9x19 mm Parabellum and .38 Super Automatic cartridges, went on sale. Apart from the changes associated with the use of new cartridges, the design of the Model 213 pistol repeated “Type 54-1”. External changes only affected the notches on the back of the casing of the shutter. For the convenience of working with a pistol, they were executed not straight, but inclined.

In the future, the Chinese designers from NORINCO developed several new types of weapons based on the Type 54 and Model 213. They differed from the basic models by shops of a different capacity, exterior decoration and other features. For example, a version of the Model 213 pistol with a 13 magazine for 9x19 mm cartridges was developed.

The exact number of Soviet TT pistols manufactured by China remains unknown. Apparently, the bill goes to millions of units, since Type 51 and Type 54 pistols quickly became widespread in the Chinese army, and by the end of the fifties began to be exported. Third countries received weapons called M.20. From the pistols for the Chinese Armed Forces, M.20 differed only in marking. On the export weapon, only the serial number was knocked out, and there were no notes in Chinese, including the name of the plant and the date of production.

M.20 pistols were supplied to a large number of countries, so that over time, the shooters had the opportunity to compare the Soviet TT and its Chinese copies. It is often noted that Soviet-made weapons almost always surpassed products from China. Apparently, the reason for this were other production technologies aimed at simplifying and cheapening work, as well as other materials with lower characteristics.

According to various sources, the production of Chinese versions of the TT pistol continued for several decades. The colossal rate of release of weapons led to the fact that the pistols "Type 51" and "Type 54" are still used by the army and security forces of China and some other countries. In the late fifties, the Chinese gunsmiths started production of a copy of the Soviet PM pistol, which received the designation Type 59. However, this gun, despite higher performance and reliability, has not yet been able to completely crowd out its predecessor. 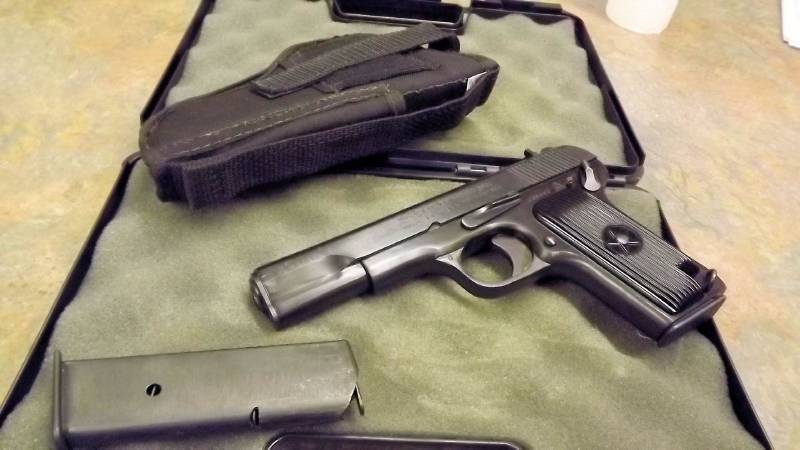 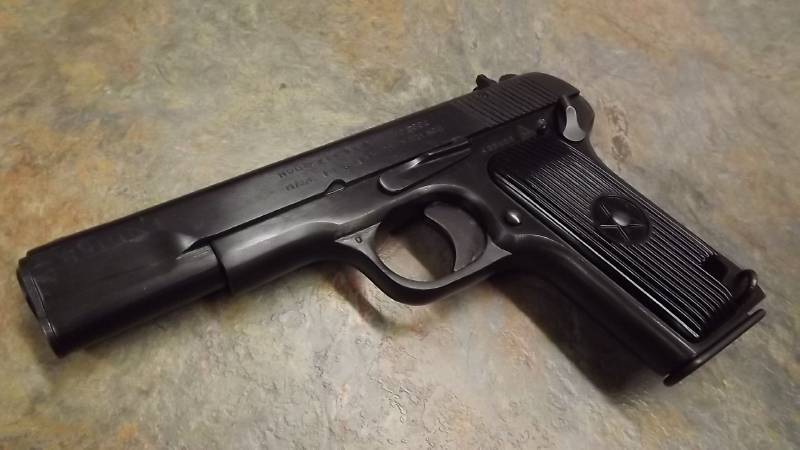 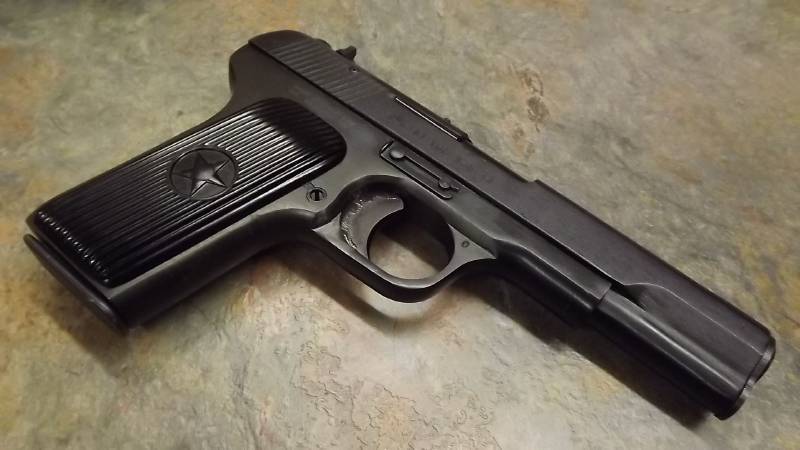 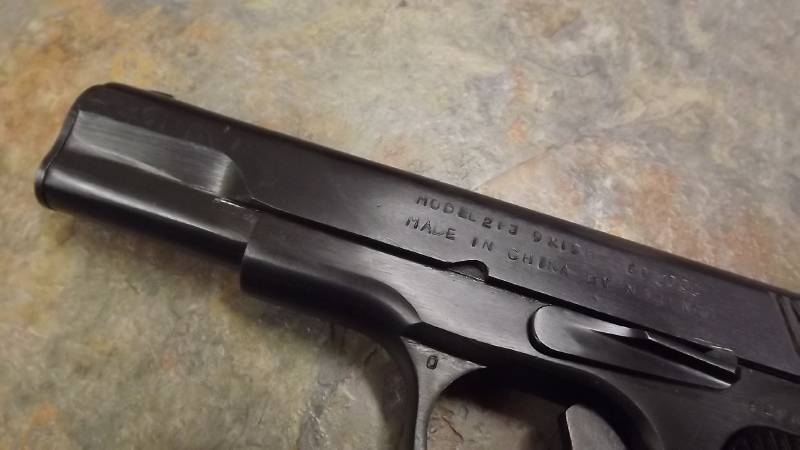 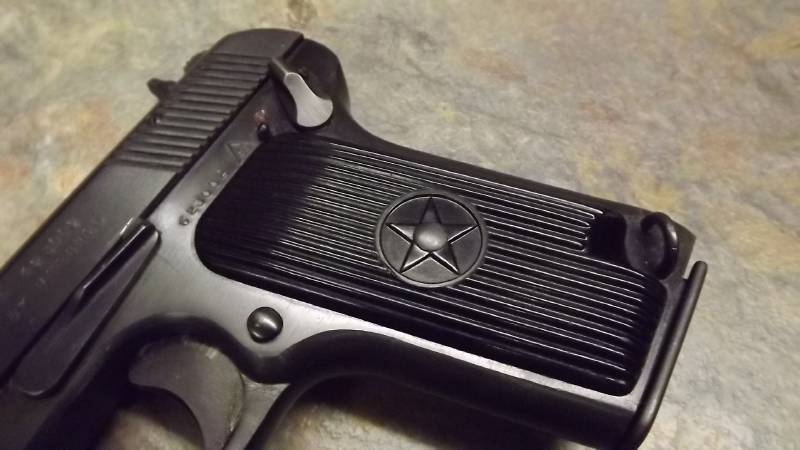 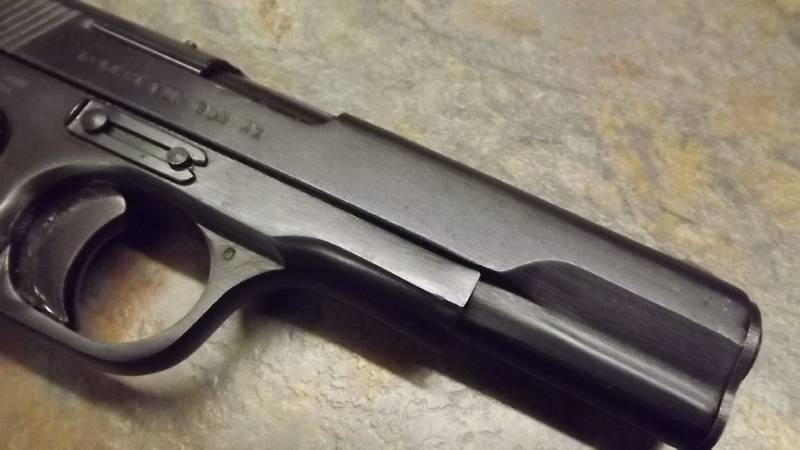 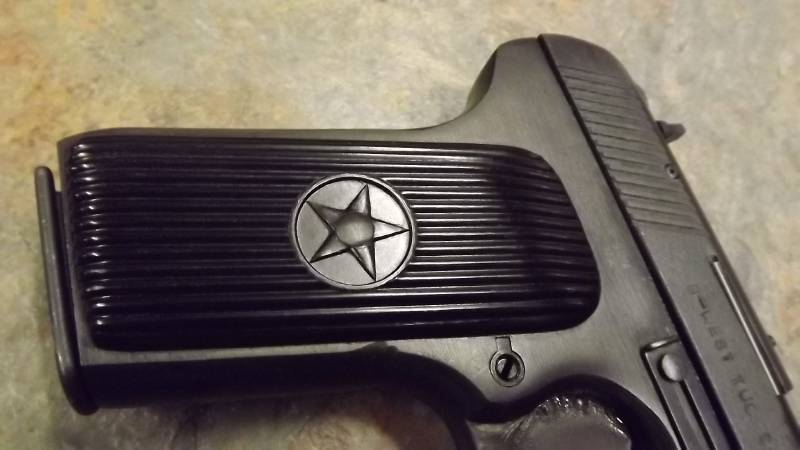 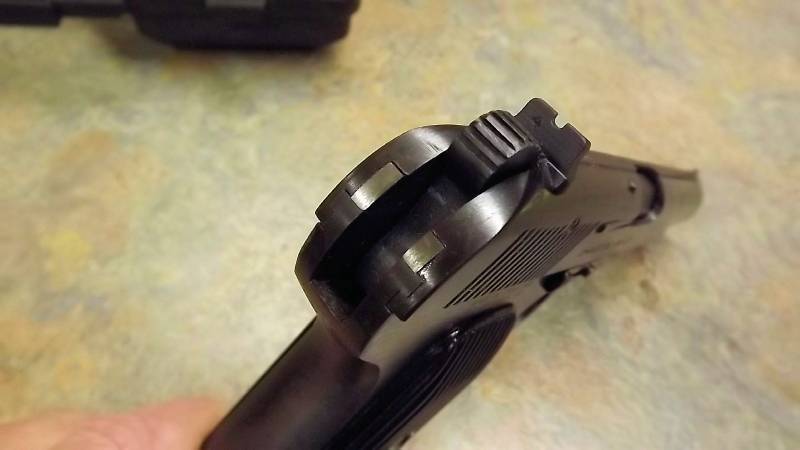 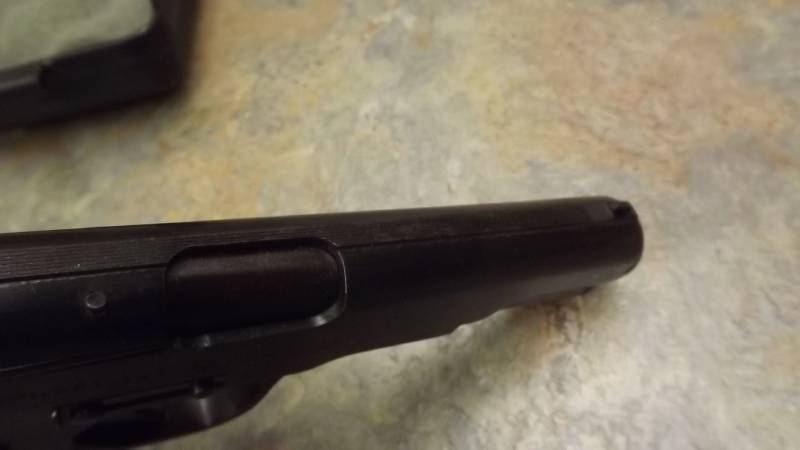 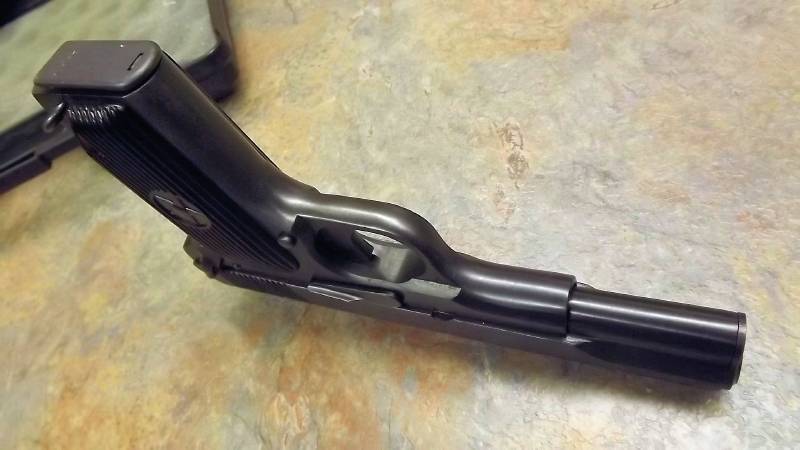