Exhibition FIDAE-2014: the struggle for the South American market

At the end of March, the international aerospace exhibition FIDAE 2014 was held in the Chilean capital Santiago. During this event, over 370 companies from 35 countries showed their new developments aviation and space. Russia was represented at the Chilean exhibition by 14 organizations, 10 of which 163 exhibits were brought. The FIDAE International Aerospace Salon is the largest such event in South America and is a convenient platform for promoting products on the South American market.


The importance of the FIDAE 2014 exhibition is clearly demonstrated by the number of participating companies from the leading countries of the world and the region. So, from the USA 77 companies and organizations took part in the exhibition, Brazilian industry was represented by 37 companies, and the owners of the salon - Chileans - prepared a joint exhibition of 27 companies. More than a hundred aircraft of various classes, arriving from 13 countries, were demonstrated at the static parking lot.

According to the United Aircraft Building Corporation, Sukhoi and its subsidiaries continued to promote the SSJ2014 passenger aircraft at the FIDAE 100 exhibition. So, at the stand of the joint venture SuperJet International was presented the layout of the SuperJet 100 aircraft in livery of the Mexican airline Interjet. This company already operates five Russian-made airplanes, and recently the sixth one was transferred to it. In the future, it is expected to sign contracts for the supply of aircraft with other air carriers of Central and South America, and FIDAE is considered as a convenient platform for promoting a new passenger car. 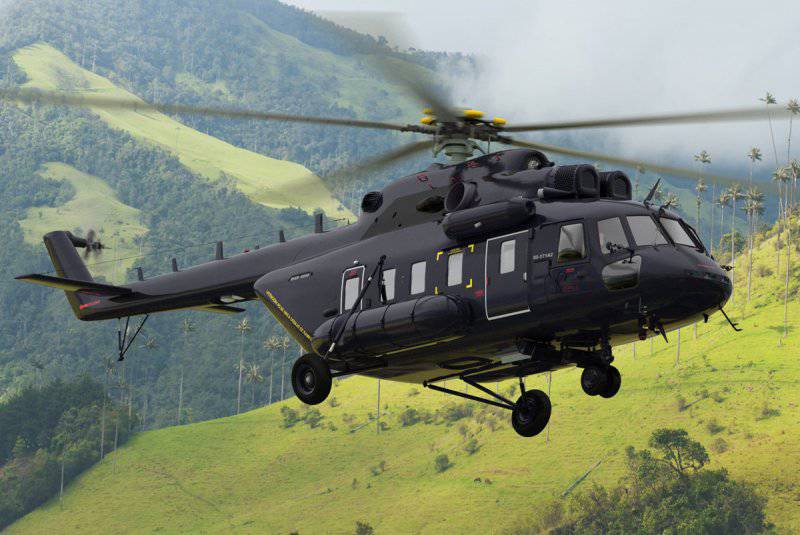 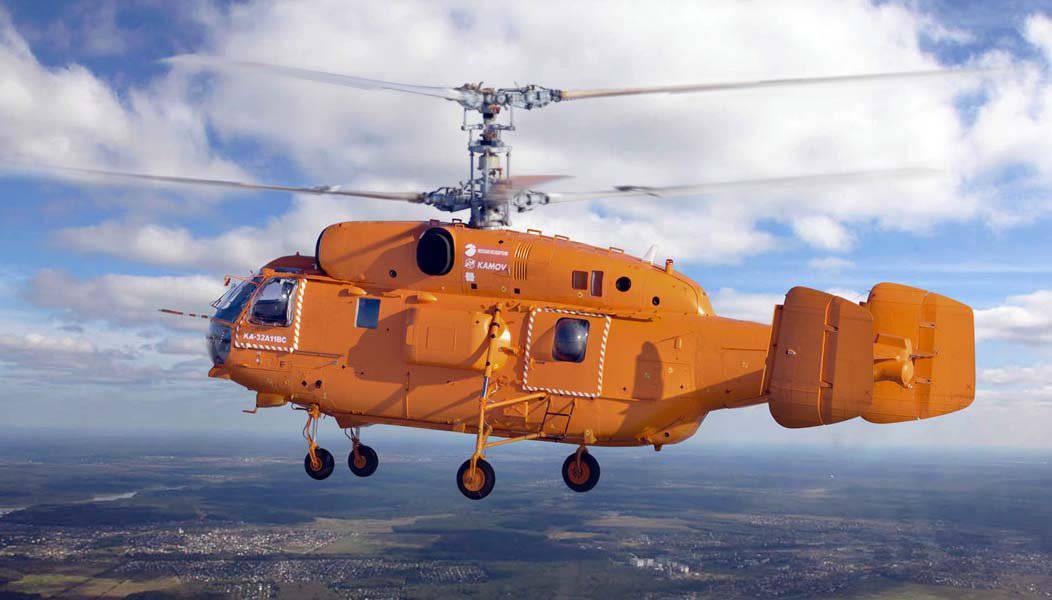 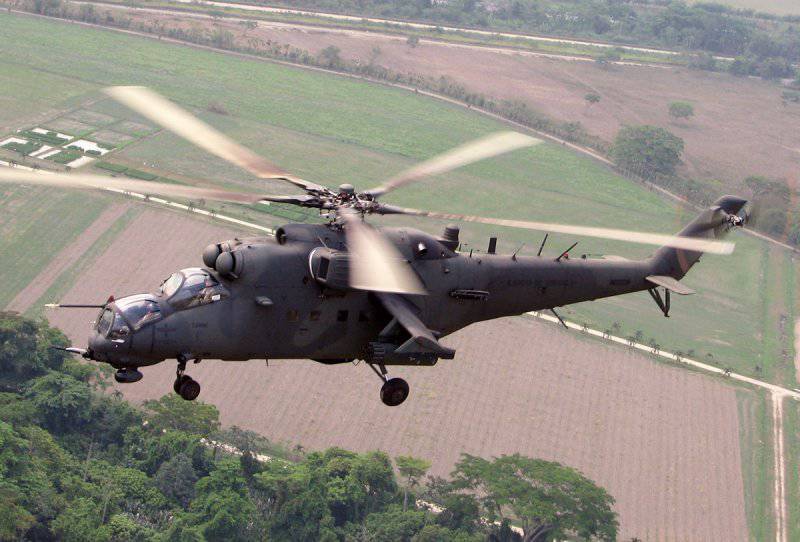 The countries of South America are currently operating several hundred Soviet and Russian helicopters. Holding "Helicopters of Russia" intends to maintain the presence of Russian technology in the region. Thus, at the exhibition FIDAE 2014, the organization presented commercial multipurpose helicopters Mi-171А2 and Ka-32А11ВС, as well as combat Mi-35М. The Mi-171А2 helicopter is a continuation of the line of helicopters, leading its history from the legendary Mi-8. The new helicopter is equipped with upgraded engines and advanced onboard equipment. In particular, he has a so-called. glass cabin. The Ka-32А11ВС helicopter can be used in various rescue operations. For example, for extinguishing fires can be used 40 various options of the machine. Last summer, helicopters of this type were used to extinguish fires in Indonesia and have proven themselves well.

The company “Satellite communication system“ Gonets ”” presented the development of the same name by OJSC Information Satellite Systems to them. Academician M.F. Reshetnev. A mock-up of the new Gonets-M communication satellite was presented at the company's booth. An unpleasant incident was associated with this Russian development. At the FIDAE 2014 exhibition, the head of the organization responsible for the operation of the Gonets communications system, D. Bakanov, was supposed to hold a five-minute presentation. Nevertheless, the organizers of the international show canceled the presentation, motivating it with a number of requests from foreign companies. Foreign organizations complained that the Gonets system works in the interests of Russia and asked to cancel its presentation.

In general, the international aerospace exhibition FIDEA 2014 can not be called a large and strategically important for the domestic aviation and space industry. Nevertheless, such platforms for product promotion on the South American market are of particular interest to Russia. Rosoboronexport and the Federal Service for Military-Technical Cooperation (FSMTC) continue to increase the volume of contracts for the supply of weapons and equipment to foreign countries. South America is an interesting and promising market that is worth fighting for.

On the eve of the beginning of the Chilean aerospace show, the head of FSMTC A. Fomin told about the work and plans of export organizations. According to him, in the first months of this year, Russia sold weapons and technology on 2 billion US dollars. For comparison, the total volume of contracts for the entire last year reached 15,7 billion. At the same time, the existing portfolio of export orders exceeds 47 billion dollars. 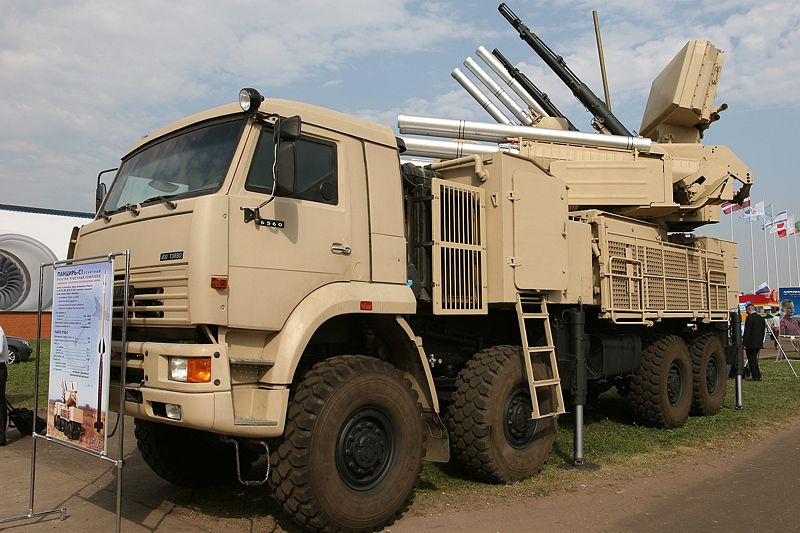 In the near future, the order book should be replenished with another contract. Negotiations are underway with Brazil for the supply of Pantsir-C1 anti-aircraft missile and cannon systems. Earlier, the Brazilian leadership stated that the Russian-made anti-aircraft systems will be used to ensure the safety of the upcoming World Cup, which will be held in June of this year. Now the parties are discussing the details of the new contract, and the Brazilian military are getting acquainted with the Russian equipment. The agreement on the supply of anti-aircraft complexes will be signed in the very near future.

Not so long ago, Brazil announced the results of the FX tender, in which the Su-35 fighter participated from Russia. By decision of the military and political leadership of the country, in the future, the Brazilian Air Force will receive the Swedish fighter Saab Gripen NG. Despite this, the Russian aviation industry does not intend to refuse further cooperation with the Brazilian military. The head of FSMTC noted that the proposal to jointly develop a promising fifth generation fighter based on the PAK FA project is still in force. Negotiations on this issue should continue in the near future.

Chile is a promising partner of Russia in South America. This state needs modern aviation technology, and the Russian industry is ready to fulfill orders. In the foreseeable future, Rosoboronexport and representatives of the official Santiago will continue negotiations on the supply of helicopters of various types. It should be noted, Russia and Chile were already going to sign contracts for the supply of helicopters, but these plans were hampered by the earthquake that occurred in February 2010. The South American state was forced to significantly reduce the cost of purchasing new equipment and redirect the funds released to help the victims and restore infrastructure. After a few years, Chile can again pay enough attention to buying a new aircraft. The subject of future contracts may be not only multifunctional helicopters, but also combat aircraft of various types and classes.

The possible signing of contracts for the supply of aircraft in Chile will be an important step in the promotion of Russian products on the South American market. Russia cooperates in the areas of military equipment and commercial aviation with a number of states in the region, for example, with Cuba, Brazil, Nicaragua, Peru, etc. In this case, however, Chile buys most of the equipment from the United States. Thus, Russian enterprises will still have to compete for a share in the Chilean market. The first proof of this is the situation around the presentation of the Gonets satellite communication system. Apparently, the request of foreign companies can be considered an attempt to create difficulties for a direct competitor.

For Russian companies, FIDAE 2014 did not become a venue for signing large contracts. However, during this event, 10 Russian organizations involved in the production of aviation and space technology, as well as various equipment, were able to demonstrate their developments to potential buyers. Due to this, in the very near future negotiations on the supply of a product can begin. Despite the lack of new contracts, the Chilean aerospace salon FIDAE is of great interest, since it is the “key” to the promising market of South America.

Ctrl Enter
Noticed oshЫbku Highlight text and press. Ctrl + Enter
We are
Innovation Day of the Southern Military District: Pictures from the ExhibitionThe action “Military service under the contract is your choice!” In Rostov-on-Don: future contract servicemen, exhibitions and “Russian Knights”
Military Reviewin Yandex News
Military Reviewin Google News
11 comments
Information
Dear reader, to leave comments on the publication, you must sign in.