US military aircraft: the most powerful in the world 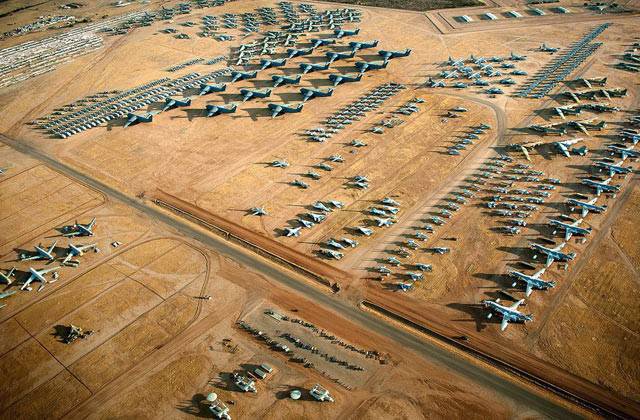 In the ranks of the Air Force of America - 2157 combat aircraft, but their number is minimal for the entire history aviation, and the average age is the largest in the last hundred years

US Air Force along with fleet form the basis of the country's military power. Contrary to popular myths, the Americans are quite capable of successfully waging a tough contact war on land. But they certainly will not fight, without achieving dominance in the air. In addition, aviation provides the United States Armed Forces with the highest strategic mobility, not a single country even comes close to the United States in this regard. Therefore, the development of the Air Force is given extremely great importance, it is this type of armed forces that becomes the "center of attraction" of the main innovations in American military construction. Thanks to this, the United States can win the war with one aircraft over the vast majority of the countries of the world, without involving the ground forces and the navy.

How is the structure of the US Air Force

The USAF has ten commanders (eight target and two territorial) and the National Guard Air Force. The latter is formally intended to protect the territory of the country, but since such a task is not worth 200 years already, the National Guard is constantly involved in interventionist operations.

Unlike Russia and China, in which each of the components of the “nuclear triad” are included in certain types of aircraft, the US has two components (ICBMs and strategic bombers) are part of the Air Force.

The main structural units of the Air Force are the air armies (BA), consisting of air wings (equivalent to regiments), which, in turn, are divided into squadrons. Moreover, the air armies, wings and squadrons may not have a single combat aircraft and no weapons at all, but the names are still used.

Global Strike Command (Headquarters Barksdale, Louisiana) includes both components of US strategic nuclear forces (SNFs). In the composition of the Command - two air armies. The 8-I VA is armed with all the strategic bombers B-52H and B-2A. The 20-I VA (Cheyenne, Wyoming) incorporates all the Minuteman-3 ICBMs.

Space Command (Peterson, Colorado) includes the Aerospace Center, the Center for the Development of Space Innovation and two air armies. 14-I VA (Vandenberg, California) is "space itself", responsible for the implementation of military space programs. 24-I (Lackland, Texas) is responsible for conducting cybernetic and, more broadly, information warfare.

Combat aviation command (Langley, Virginia) includes all combat aircraft (except strategic and reserve components) deployed in the main territory of the United States. It consists of three air armies (1-I, 9-I, 12-I) and the Center for the development of methods for the combat use of Air Force aviation. The air transfer command (Scott, Illinois) includes a center of transfer and 18-th Air Army, which includes almost all of the US military transport and refueling aircraft. The Training Command (San Antonio, Texas), as the name implies, trains Air Force flight and technical personnel. It includes 2-I and 19-I VA, an aviation university, a medical center. 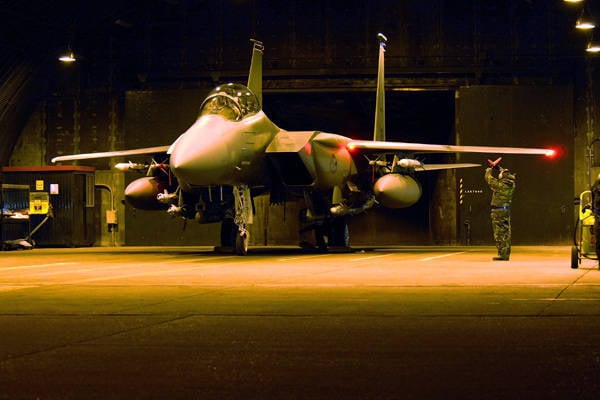 Fighter F-15E based on Leikenhit.

The Air Force Special Operations Forces (MTR) Command (McDill, Florida) is responsible for the aviation support of the special operations of the US Armed Forces.

The command of the Air Force Reserve (Robins, GA) is a kind of "spare Air Force" stationed in the continental US. Parts of the reserve are constantly operational and undergoing combat training for the same programs as the regular Air Force. Many wings and reserve air groups are directly “affiliated” with the wings of the Combat Aviation Command and the Air Transfer Command, equipped with the same aircraft and deployed on the same IAB. The reserve command has three air armies. 4-I VA (March, California) is a reserve for the Air Force Command. 10-I VA (Fort Worth, Texas) is a reserve for Combat Aviation Command. The 22-I VA (Dobbins, GA) is a reserve for Air Transfer Command and MTR.

The Air Force of the National Guard, as mentioned above, is formally designed to defend the territory of the United States, therefore, in peacetime, parts of them are subordinate to state governors. However, in reality, they are regularly used in operations abroad, as they are equipped with the same technology and are trained under the same programs as the regular air force. The NG air forces of each state have from one to five wings and air groups. In total, they have 81 air wing, three communication groups, one reconnaissance group, two groups of cybernetic operations, one group of special operations.

What planes are in the ranks

The US Air Force has the world's largest number of aircraft of all classes and many types.

In addition to airplanes and helicopters of the regular units, the reserve, and the National Guard, a significant number of US Air Force vehicles are stored at the Davis-Montan base (AMARG, Aerospace Maintenance and Regeneration Group, Aviation and Space Technology Repair and Restoration Group), from which many of them can be returned to service (although the base Davis-Montand has the unofficial name “Cemetery”). In the future, to reduce about these aircraft and helicopters will be said that they are on the AMARG.

The only type of ICBM in the US Air Force is LGM-30 ("Minuteman-3") of mine-based, carrying from one to three nuclear warheads each. They are in service with the 20-VA command of global strikes in the number of 450 units. In addition, there are from 57 to 98 non-deployed missiles of the same type, which are gradually spent during the tests.

Heavy mine-based ICBMs LGM-118 (MX), capable of carrying 10 warheads each, removed from service. At the same time, there are from 51 to 63 non-deployed missiles of this type, which are gradually converted into space launch vehicles “Minotaur-IV” to launch military satellites.

The second strategic bomber of the US Air Force is the B-2A, built using stealth technology. Able to carry only nuclear bombs, as well as a variety of conventional weapons. As part of the Air Force is 20 aircraft of this type, of which one is used as an experimental. 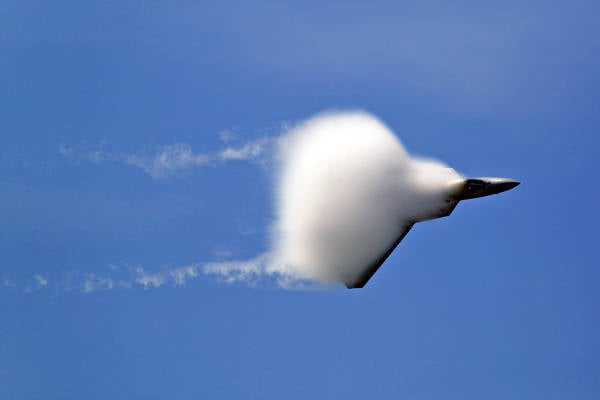 Strategic bombers B-1B retooled for use in non-nuclear purposes. The system has 62 B-1B, on the AMARG - another 18.

The well-known “invisible” F-117 aircraft has a “fighter” designation (F-fighter), but is not able to conduct air combat due to the peculiarities of aerodynamics and the lack of on-board radar. Therefore, in essence, he is a tactical bomber. The X-NUMX F-52A vehicles have been withdrawn from the Air Force, but remain in storage at their military base, Tonopah (Nevada), in a fully combat-ready state and can be quickly returned to service.

The United States Air Force has 300 A-10 attack aircraft in the ranks, while the AMARG still has 207. The location of another 23 aircraft of this type is unknown, perhaps they are converted into combat UAVs. In the future, it is the combat UAVs that are supposed to replace the manned attack aircraft. At the same time, all the A-10 front-line combatants are expected to be brought to AMARG in the near future.

The Special Operations Forces Command (SSO) is armed with 25 armed AC-130 transport aircraft (7 H, 18 U; on the AMARG - another 1 N) used in counterguerrilla and special operations.

The F-22А Raptor fighter is currently the only regular fighter of the 5 generation in service in the regular units in the world. In total, the USAF has 187 vehicles of this type.

The fifth generation lightweight fighter intended to replace the F-16 fighter jets and the A-10 attack aircraft is the F-35A. It is supposed to produce for the USAF 1763 aircraft of this type, but while the program is far behind schedule, only the 33 F-35А entered service. However, it is the only combat aircraft currently being produced for the US Air Force.

On the AMARG, the X-NUMX of the F-297 Fighter "Phantom" of various modifications, including the QF-4 target aircraft, remains.

As mentioned above, combat drones should in the future replace at least manned attack aircraft. Currently, the US Air Force is armed with the 207 UAV MQ-1 "Predator" and the 104 MQ-9 "Reaper". However, these machines are able to operate effectively only in the complete absence of an enemy air defense system, so they cannot become full-fledged substitutes for combat aircraft.

There is an 31 E-3В / С long-range radar maintenance aircraft (DRLO) (also based on Boeing-707) (on AMARG - 1 E-3G), of which 18 is formally placed at the disposal of NATO. These 17 airplanes are legally the only “general-wide” machines, the rest of the equipment belongs to specific countries. 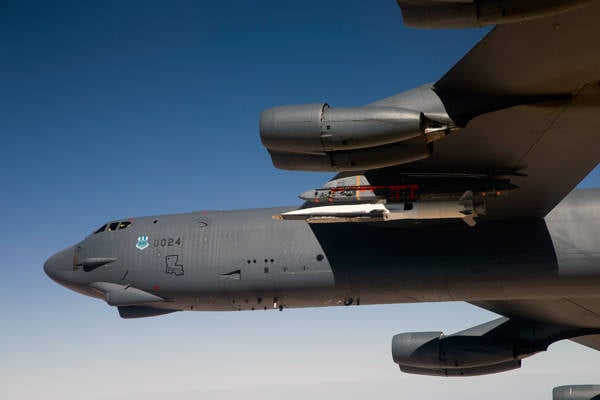 Most US Air Force combat aircraft have their own electronic warfare equipment (EW). Specifically for ECM purposes, 22 EC-130Н / J are used, some of which can also be used for psychological operations.

The vast majority of US helicopters are in service with ground forces and navy. The Air Force has 90 UH-1 and 15 UH-60. The MTR Command is armed with 6 Russian Mi-8 helicopters.

Modernization at any cost

Thus, the United States Air Force has 450 ICBMs, 2157 combat aircraft and 311 combat UAVs, while on the AMARG there are also 1486 combat aircraft. They represent a gigantic combat power. Nevertheless, the number of combat aircraft in the ranks of the US Air Force is currently the lowest for the entire period after the end of World War II, and their average age is the largest in the entire history of American aviation (that is, more than 100 years). Of the combat aircraft that are currently in service with 2157, the Air Force received a total of 2000 (285 F-181A, 22 F-33A, 35 F-61C / D, 16 F-10Е) from the 15 of the year. At the same time, only F-35А is currently being produced, the production program of which is very much behind the original schedule, and the price of the aircraft has many times exceeded the originally planned one. Most of the planes in service were made in 1970 — 1980's. The rate of elimination of aircraft significantly exceeds the rate of receipt of new ones. This gives rise to such an unexpected problem as the lack of combat aircraft, if necessary, to wage a large-scale war.

Apparently, the United States will be forced to carry out the F-35 program at any cost (in the direct and figurative sense), since it has no alternative. In addition, combat UAVs will be created, and not only specialized ones, but also very likely, a significant part of the F-16 and A-10 will be converted into such ones. In any case, in the foreseeable future, serious competition from US aviation will be made up by the Chinese Air Force, and the United States will not be able to achieve decisive superiority over the Russian Air Force.

Ctrl Enter
Noticed oshЫbku Highlight text and press. Ctrl + Enter
We are
About revolution in military scienceMilitary reform as an integral part of the security concept of the Russian Federation: Systematic dynamic assessment
Military Reviewin Yandex News
Military Reviewin Google News
263 comments
Information
Dear reader, to leave comments on the publication, you must sign in.