Fascists Bismarck and Garibaldi. Reuniting people is not a crime 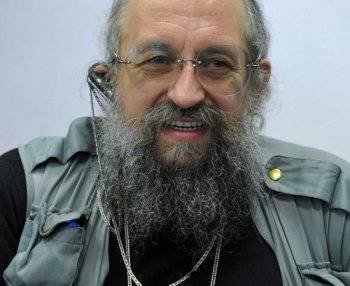 ... The 1860s were marked, among other things, by the reunification of the two European powers. And both Italy and Germany by that time remained in fragmentation for many centuries.


In Germany, according to the results of the Thirty Years' War (1618 – 1648), the single power remained purely nominal. The concept of the Holy Roman Empire in the German nation was still preserved, and such a title was (worn by Austrian kings in combination), but there was no real power corresponding to this title, and the rulers acted who in that much. And in the 1815 year, following the results of the Napoleonic wars, the very concept of the Holy Roman Empire was abolished.

In Italy, even more fun. There, in fact, the last rulers, whom everyone considered, were, in my opinion, the Carolingians - direct descendants of the founder of this very Holy Roman Empire, Charlemagne. Most of the second millennium Italy was fragmented. For example, Niccolò Bernardovich Machiavelli wrote his book “The Sovereign” as an instruction for Cesare Rodrigovich Borgia on the reunification of Italy. But, by the way, the Borgia did not succeed at all. True, in Italy there was still a theoretical memory of the past unity, and Durante Alighierich Alighieri's Divine Comedy was read in Sicily and in the Alps, but did not smell like state unity on the peninsula. Only Napoleon Karlovich Bonaparte, a native of the Italian island of Corsica, which became French a year before his birth, managed to combine almost all the continental lands of Italy for a few years, but with its overthrow the former abundance of dwarf states was restored.

And for a very short historical by the standards - starting from the Franco-Sardinian-Austrian war of 1859 (according to its results Nice and Savoy - the main possessions of the kingdom of Sardinia - became part of France, but Sardinia received permission from France to attach the rest of Italy to it) and the campaign of Giuseppe Domenikovich Garibaldi in 1860 across the Kingdom of Both Sicilies (it included Italy from Naples and to the south from 1816) until the troops of the Italian kingdom entered Rome in 1870 - Italy almost completely reunited. True, some northern regions still remained under Austrian rule and reunited only following the results of the First World War, but this is a trifle against the general background.

The reunification of Germany took three wars. First, the war of Austria and Prussia against Denmark in 1864, the year - according to its results, it became clear which lands would remain German. Then came the war between Austria and Prussia in 1866, for who Germany would unite around. And finally, the Franco-Prussian war of 1870, the year - not only Prussian troops took part in it, but also some contingents of other members of the Customs Union established by Prussia. According to the results of the war, the German Empire was proclaimed.

True, Austria did not take it. By that time, Prussia had suffered a great deal with the Germanization of the part of Poland that had been obtained by the results of the 1773 – 1815 sections. Therefore, I wanted to build a purely German state. The empire, which implies a multinational composition, was called for a technical reason: many German states were listed as kingdoms, and so that their rulers did not lose titles, the united state received higher status — the King of Prussia became part-time Emperor of Germany. In Austria, the Germans made up only half of the population, and Prussia absolutely did not want conflicts with the second half, nor the next epic of Germanization, especially given the considerable experience of resistance to culture imposed on many Austrian subjects.

Moreover, even when at the beginning of 1919, Austria, after the collapse of its empire, asked to go to Germany, the victors in World War I forbade it. Winners in the Second World War confirmed the ban. Personally, I consider this ban unjust and I believe that it will fall at about the same time when Ukraine’s separation from the rest of Russia is canceled. In the end, it is possible to distinguish the inhabitants of Vienna and Munich except that the crowns themselves and Munich, but not the people from the outside.

There is an old joke about it. The lady in the zoo, looking at the aviary with a hippo, asks the zoo attendant: "Tell me, is it a boy or a girl?". The servant replies: "Madame, this is only interesting for another hippopotamus, and he knows that." Similarly, the difference between crowns and Munich is only interesting for the crowns and the Munich.

At the same time, the difference between the Munichs and the Hamburgers is much greater than between the Poltava residents and the Archangelsk towns, which does not at all prevent us from realizing the general German unity.

Subsequently, both Italy (in 1922-m) and Germany (in 1933-m) became fascist countries, and Germany even Nazi. But this happened a couple of historical eras after their reunion and for reasons unrelated to the reunion itself. Even now - after everything we know about the subsequent history of these countries - even the most sophisticated liberals are not trying to declare Garibaldi and Bismarck not only fascists, but even socialists. Although Otto Eduard Leopold Karl-Wilhelm-Ferdinandovich Duke von Lauenburg, Prince von Bismarck und Schonhausen, in the course of his activities at the head of the government united under his leadership of Germany, carried out a considerable part of the socialist program.

In particular, it was he who, for the first time in the world, introduced a generally accessible and generally obligatory pension system. This, however, caused a distant side effect. As I have already noted, this system largely contributes to a decrease in the birth rate, because people began to hope that in their old age they would be fed by other children.

But in any case, even such overt socialism does not cause Bismarck to be accused of fascism.

I believe that the process of reunification of our country and our people, which has begun now, also has nothing to do with fascism. Even though in fascism itself one can find a lot of common theses with other teachings calling for the formation of a strong state and a single people. But, as you know, in the human and monkey genomes about 19 genes from 20 are the same - and this does not mean that any person can be considered a chimpanzee. Although judging by the many publications on such fascinating sites like Ekho Moskvy or Grani, some people and chimpanzees have more in common than they themselves would like.

For all of this I believe: the numerous cries about the "fascist" nature of modern Russia and the "fascist" slogan of reunification can be made except by political opponents of Garibaldi and Bismarck, but certainly not modern liberals, in whose activities there are immeasurably more frankly fascist features than in activities Russian authorities. For example, our liberals are generally overwhelming intolerance to the opinions of others.

In addition, they are not original. For the first time the idea of ​​fascist rebirth of Russia on the basis of the desire for reunification (in the image and likeness of Germany 1920 – 30-s, also deprived of many lands with a clear predominance of Germans) was expressed at the beginning of 1990-s by Alexander Lvovich Yanov - he even has in 1995, the book "Weimar Russia" (based on many of his previous speeches and publications, where this idea is gradually polished). But many researchers and politicians who acted during the time of the Weimar Republic, and many subsequent researchers of this era believe that the most radical national socialism prevailed among the many political movements that sought to reunite Germany, but it was not Weimar democracy, but that the winners in the First World War completely ignored the striving of the Germans themselves for unity, that is, they acted frankly contrary to the canons of democracy. In the same way, nowadays, frankly, contrary to the canons of democracy, the sponsors of the “Maidan” act, denying the right of the inhabitants of Crimea to choose their own destiny, the right of the Russian majority of the people of Ukraine to resist the overwhelming minority, the right of the entire Russian people to be reunited.

Just as then the cause of the victory of radical Nazism was not Weimar democracy, but the external restrictions of this democracy, so now, if it really happens that the Nazis prevail in the Russian Federation for some time, the Russians will be guilty of this foreign politicians that interfere with the democratic expression of the will of the Russians themselves.

Ctrl Enter
Noticed oshЫbku Highlight text and press. Ctrl + Enter
We are
The world we leave, the world we enter, and the world between themIgor Shishkin: Algorithm for the reunification of the Russian nation: reunification as a response to the challenge of disintegration
Military Reviewin Yandex News
Military Reviewin Google News
67 comments
Information
Dear reader, to leave comments on the publication, you must sign in.