Military deal on $ 3,5 billion for Switzerland’s purchase of aircraft from Sweden may be disrupted due to fears in the Pentagon’s dirty game 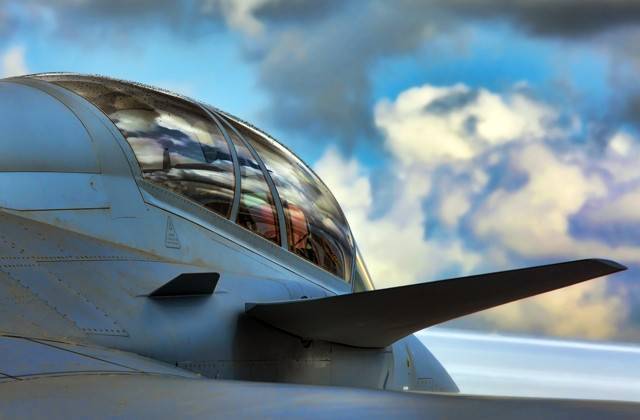 In Switzerland, a scandal erupted around the acquisition of Swedish fighters JAS 22 Gripen for the country's Air Force 39 - US intelligence agencies allegedly can use aircraft communications systems for espionage, writes the local newspaper Le Matin Dimanche.


Some experts call the Swedish combat aircraft Gripen one of the most advanced in the world, but opponents of the deal have a weighty argument - its surveillance and communication systems are made by an American company close to the Pentagon.

Earlier, when creating communication equipment, Saab collaborated with the Swiss electronics company Roschi Rohde & Schwartz, but in 2013 broke off the contract and signed a new agreement with the American Rockwell Collins, which supplies aviation equipment to US government. Several Swiss experts are confident that the equipment of this enterprise may have built-in “surprises” from American intelligence.

Although the Swiss will have the opportunity to establish their own encryption keys for communication channels, the device itself and software may have intentional vulnerabilities, says expert on electronic warfare at Swiss Crows Association Richard Morva. “It would be surprising if the Americans did not leave a backdoor in their software,” he said.

Even the chairman of the Christian Democratic People's Party, Christoph Darbelle, who had previously supported the purchase of fighters, said he would demand an explanation from the country's defense minister, Uli Maurer. “In the light of the revelations of Edward Snowden, I think (the Saab contract with the Americans. - RP) is a mistake. I always trust more companies with offices in Bern than uncle Sam, ”added the head of the Christian Democrats.

At the request of Le Matin Dimanche, the Swiss Defense Ministry replied that the terms of the deal with the Swedes "never excluded the possibility of using components made outside of Europe."

The purchase of Saab's multipurpose fighter aircraft is estimated at 3,1 billion Swiss francs ($ 3,5 billion), according to the laws of the country submitted to a general referendum, which will be held 18 in May. According to recent polls, the majority of voters do not support the purchase of Swedish aircraft.

Meanwhile, the deal also has influential supporters from among Swiss businessmen: in case of signing the contract, Saab has pledged to conclude additional contracts with local enterprises in the amount of 2,5 billion Swiss francs ($ 2,8 billion).

For example, Pilatus, an aircraft manufacturer, said on Friday that if a deal on fighters was successful, they had agreed with Saab to supply 20 training aircraft to Sweden and to create a joint programming center in Switzerland.

“The main customer of this fourth-generation lightweight single-engine fighter is the Swedish Air Force, but Saab has contracts for these planes with South Africa, the Czech Republic, Hungary and Brazil. The Swedish manufacturer has a lot of experience in the creation of combat aircraft, the Swedish Air Force fighters of the previous generation Draken flew the Air Forces of Austria, Denmark and Finland, ”explains the specialist.

According to Pyadushkin, the practice of mutually beneficial cooperation with its partners distinguishes Saab from its competitors.

“Swedes are free to transfer technology. In the cases of South Africa and Brazil, they transferred to local manufacturers the right to manufacture individual components of the aircraft and its technical support. This is what makes them different from Americans, ”the expert concludes.