Will it get to Kiev? 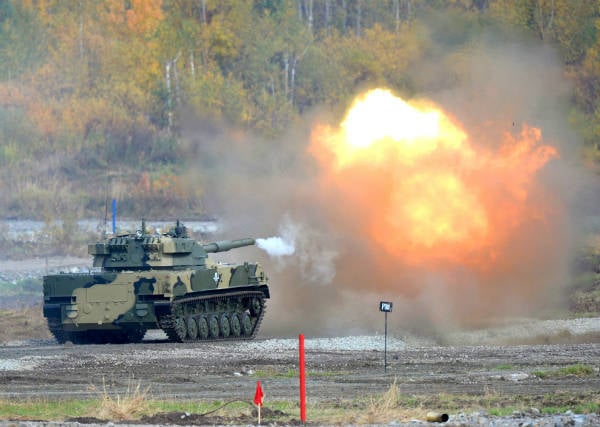 The General Staff is developing a plan for the formation of the defense and security system of the Crimea. He will become a guide for the army leadership for the next seven years.


A list of what the military has to do on the peninsula until 2020 and proposals on a new structure for the deployment of troops and forces in Crimea fleet, the board of the Ministry of Defense will consider on Friday, April 4. This was announced yesterday by the head of the department Sergey Shoigu.

In the meantime, the remaining Ukrainian military equipment on the peninsula is about to begin to be sent to the "independent" one. The generals and admirals are not going to spend money on its disposal and, especially, to include the long-obsolete arsenal in the combat structure of the Russian Armed Forces. At the request of Shoigu, the President of the Russian Federation has already authorized the withdrawal of land, sea and aviation technology. Now our military is preparing three and a half hundred units of armored vehicles and military vehicles for the transfer to Ukraine. These are mainly cars made in Soviet times. We are talking, in particular, about armored personnel carriers BTR-70 and infantry fighting vehicles BMP-1, as well as tanks T-64B, T64B1 - in our army they have long been removed from service.

More than seventy Ural trucks and trailers for them from the former autobat of the Ukrainian Navy in Bakhchisarai will have to be driven to Ukraine by rail. Under their transportation allocated 40 platforms. Urals cannot reach the border on their own - they are disassembled and rusted through.

A similar situation with another land arsenal. Experts who conducted his inspection, came to the conclusion that the technical condition of the Ukrainian car and armored park leaves much to be desired. Routine work on this technique is clearly carried out with violations. It was not properly repaired, apparently due to lack of funds and spare parts.

More problems with military aircraft. Fifty fifty MiG-29 and Su-27 fighters based on the Crimean airfields, several L-39 fighters are old modifications of the aircraft of the USSR and the Warsaw Pact. In particular, light jet "elki" from the airfield Belbek produced in Czechoslovakia. Ukrainian aircraft have not risen to the sky for a long time. Not only were they kept in open areas instead of hangars, engines were also removed from many vehicles. It seems that due to the details of some aircraft, Ukrainian military engineers and aircraft technicians tried to extend the operational life of other machines. Any expert will tell you that flying on such a “designer” is extremely dangerous.

It is difficult to say how a decrepit fleet will be shipped to a neighboring state. It is even more difficult to assume that with all this economy will be done in Ukraine. According to Russian experts, restoring auto and armored vehicles, airplanes and ships (they will also be returned to their previous owners) simply makes no sense - the work will be too expensive. However, the utilization of military junkies will also cost a pretty penny to the neighbors.

Ctrl Enter
Noticed oshЫbku Highlight text and press. Ctrl + Enter
We are
Reports from the militia of New Russia for 7 September 2014 of the year
Military Reviewin Yandex News
Military Reviewin Google News
50 comments
Information
Dear reader, to leave comments on the publication, you must sign in.