At the request of the Kievans, frightened by the shooting, the police cordoned off the Dnipro hotel, in which, according to eyewitnesses, “there are several dozen armed automatic weapons unknown persons. The instigator of the shooting in the center of Kiev detained. This was reported by the Ministry of Internal Affairs of Ukraine. 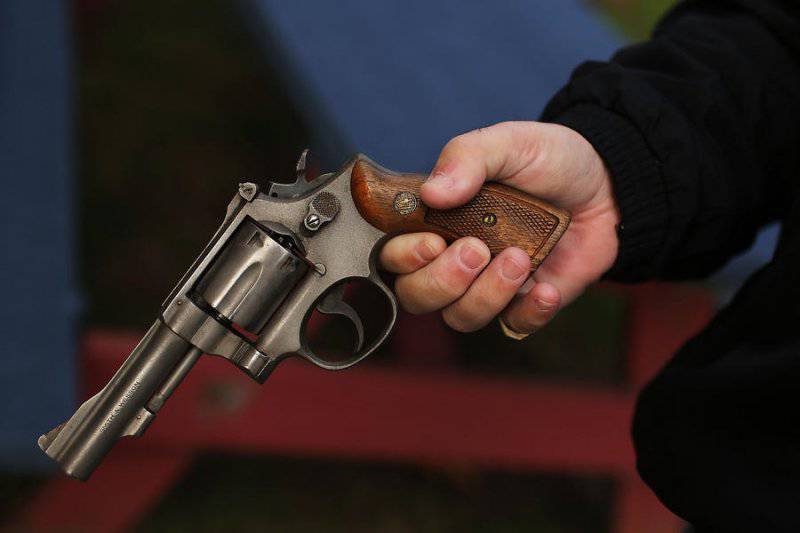 According to these data, on Monday at 19: 56, the police on duty at the Shevchenko district administration of the Kiev police reported that an unknown man fired several shots at a restaurant in the center of the city. Three people were injured. “According to the doctors, the men were diagnosed with gunshot wounds to the chest, waist and lower leg. It was also established that the victims are residents of Kiev, Kiev region and Crimea 1958, 1995 and 1990 of birth, respectively, ”the Ministry of Internal Affairs said in a statement. Including the deputy head of the city administration Bogdan Dubas suffered. According to preliminary data, the fighters of the “Right Sector” shot at members of the Maidan self-defense.

According to eyewitnesses, the shooting began as a result of the conflict due to the analysis of tents and barricades. According to other sources, a representative of the “Right Sector” tried to carry several packages of alcoholic beverages to Maidan. According to UNN, the guards stopped him, one of the self-defense representatives went to the commandant to find out how they should act in this situation. He returned already with the commandant and several representatives of self-defense, after which the representative of the Right Sector allegedly opened fire. To issue the shooter "Right Sector" refused. Before the arrival of the police, representatives of the radicals appeared at the institution, who brought the gunman and escorted him to the Dnepr Hotel. And about. Interior Minister Arsen Avakov ordered the detention of the perpetrators.

Earlier and. about. Minister of Internal Affairs of Ukraine Arsen Avakov said that representatives of the “Right Sector” threatened him with reprisals. The country's Ministry of Internal Affairs outlawed any armed formations and promised to toughly fight with such groups. In addition, according to the deputy head of the Ukrainian Ministry of Internal Affairs, Vladimir Yevdokimov, cases have become more frequent in the country where those who carry out raider seizures and commit unlawful acts with the use of weapons use the slogans of the Right Sector and are called its representatives.